A Two-Headed Drill/Driver With Rotating Chuck

The standard modus operandi for folks who are drilling holes and driving screws is to have one tool for each. Not having to continually swap bits is worth the weight of an extra tool pulling one side of your belt down. Thus most folks doing this sort of work have both a drill and an impact driver, and ideally the latter is stubbier and can get into tight spaces.

However, for DIY'ers doing light-duty work where the power of an impact driver is not needed, it would be handy to have one tool that could swiftly bring both a twist bit and a driver bit to bear. Enter Worx's Switchdriver, which features a two-headed rotating chuck:

Despite its 20-volt battery, this doesn't look like the kind of heavy-duty tool a contractor would rely on, nor does the "three easy payments of $33.33" provide any illusion that you're getting, say, Festool quality here. And the overall length is unlikely to be useful, in driving mode, inside a cabinet. But I admire that the company is experimenting with a well-established form factor in order to improve the UX. That is the kind of thinking, and risk-taking, that will eventually advance the category. 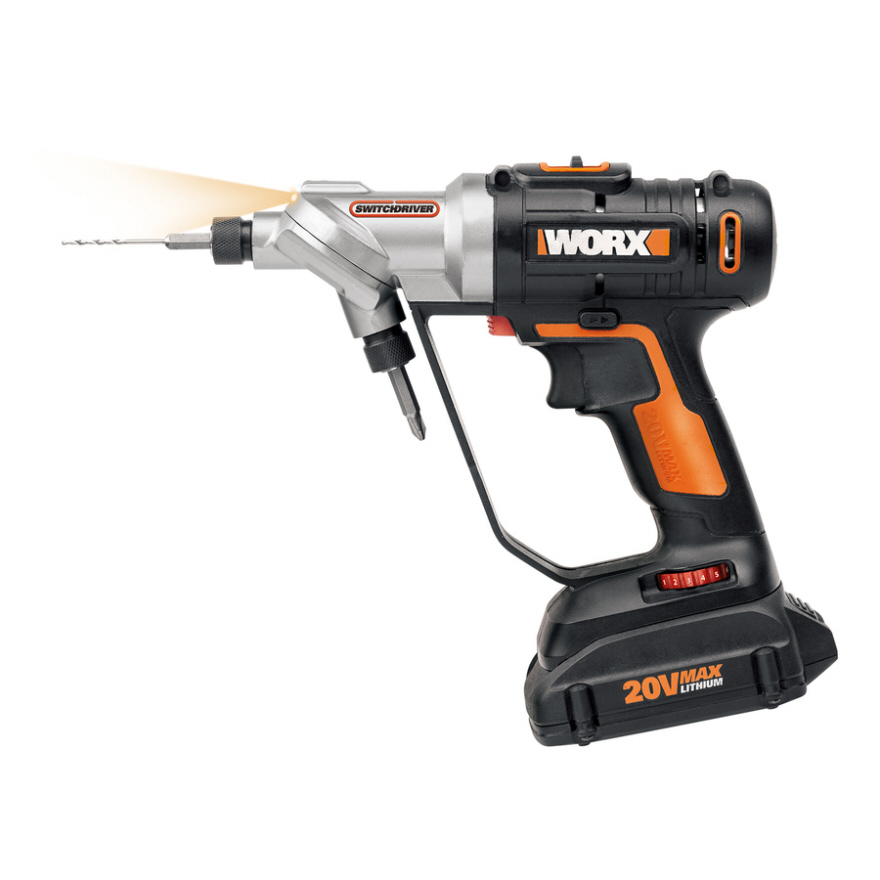