While umbrellas are for rain in NYC, in Saudi Arabia's Mecca they provide respite from the blistering sun. Each year millions of Muslims visit Mecca for their haj pilgrimage, and after years of volunteering there, scientist Kamel Badawi has envisioned an object to serve the needs he's observed.

First and foremost it's an umbrella, providing the basic need for shade. But it goes a step further by providing a breeze, delivered by a fan located in the apex of the underside, powered by solar panels atop the umbrella. 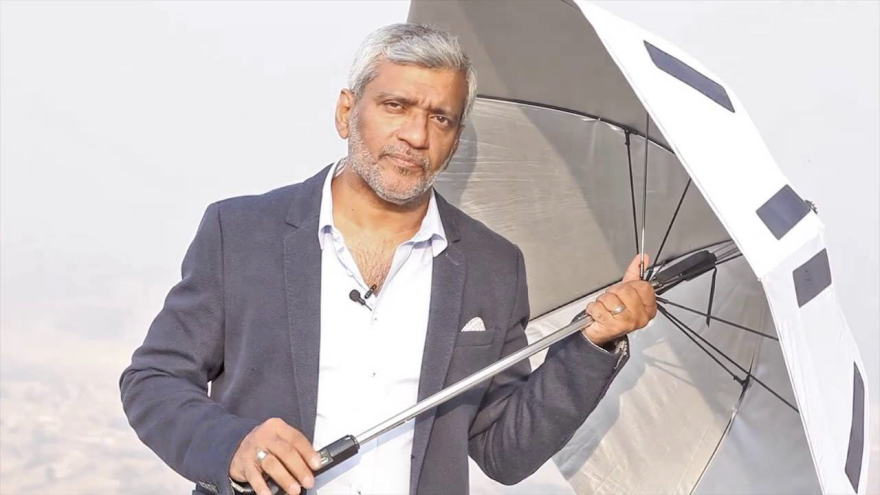 Badawi figures he can wring enough juice out of the solar panels to power more, so he's also outfitting the umbrella with USB ports to charge external devices, a built-in flashlight, and a GPS system that would communicate with the user's smartphone.

The GPS is no extraneous gimmick, by the way; the annual haj is one of the largest regular gatherings in the world, with two to three million folks all in the same place, and having a way to pinpoint one's location would be helpful for family members who have become separated. This year, in fact, Saudi Arabia announced an intention to roll out GPS-enabled bracelets for all Mecca attendees.

As of now the Kafya, as Badawi and business partner Manal Dandis call the umbrella, is only a prototype. The pair are seeking funding, preferably from an international company, for development. They recognize that if successfully executed, the Kafya will have plenty of buyers beyond Mecca. "In order for our product to spread worldwide, we have to avoid marketing it as an exclusive haj product," Badawi told The Express Tribune.