When cosplay gets you into the Guinness Book of World Records

Julian Checkley is master "special creature effects" fabricator for the film industry, and recently decided to make something to put regular cosplayers to shame: A convincing Batman suit that contains 23 functioning gadgets, like a gaunlet-mounted display linked to a magnetic throwable tracking device, flashbang grenades, a wrist-mounted gas dispenser and more. Take a look at this:

Checkley's efforts were good enough to land him a page in the Guinness World Records: Gamer's Edition 2017. 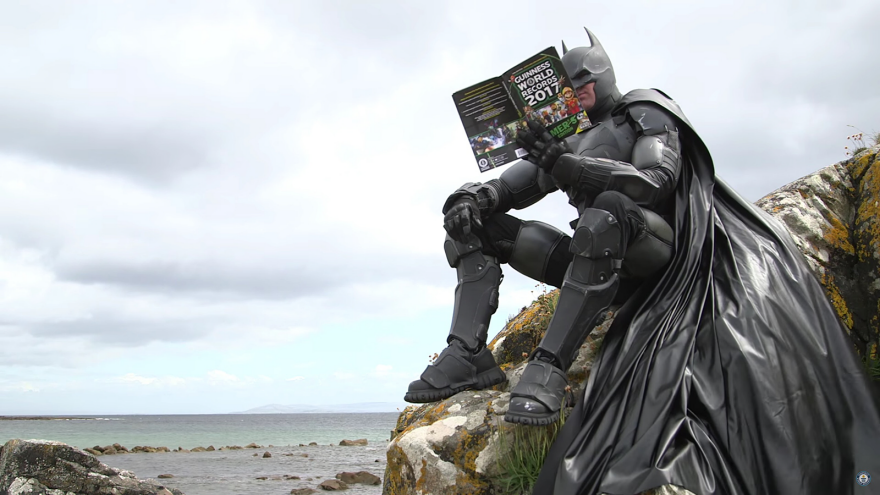