How Many Dots Can You See in This Image, All at Once?

Why do they keep disappearing?

If you scan your eyes across this image, you'll see there's 12 dots. But how many of them can you see, all at once? 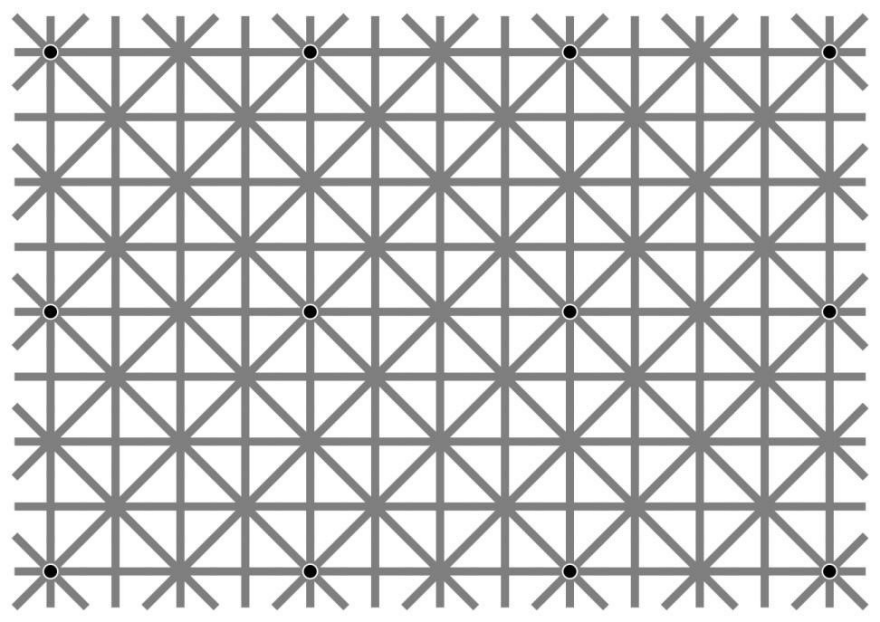 My vision varies between three and four dots at once. I tried moving closer and further from the screen and it made no difference.

As for what's going on here, a J. Ninio, the inventor of this illusion, explains:

When the white disks in a scintillating grid are reduced in size, and outlined in black, they tend to disappear. One sees only a few of them at a time, in clusters which move erratically on the page. Where they are not seen, the grey alleys seem to be continuous, generating grey crossings that are not actually present. Some black sparkling can be seen at those crossings where no disk is seen. The illusion also works in reverse contrast.

So, how many can you see?