Remaking Our Oceans One Reef at a Time

With Open Access Oceans, The Hydrous' Sly Lee is recruiting an army of citizen scientists to save the oceans

"Translating concern into action is the challenge." - President Barack Obama on the devastating evidence of rapid, global climate change in an interview with the New York Times, Sep 8 2016.

Sly Lee doesn't just want to save the oceans; through the technology non-profit The Hydrous, he is recruiting an army of citizen scientists from across the globe to join forces with him, collaborating on a mission to revitalize the coral reefs.

Here's a surprising statistic: Although coral reefs only constitute about .2% of our oceans, and nurture somewhere around one million unique species, including fish, invertebrates and algae. In the past decade, scientists have discovered an alarming rate of reef degradation. NASA's Earth Observatory estimates that nearly one-third of the world's reef now shows signs of potentially irreversible damage. The danger? A dying reef means the eventual extinction of untold numbers of species. 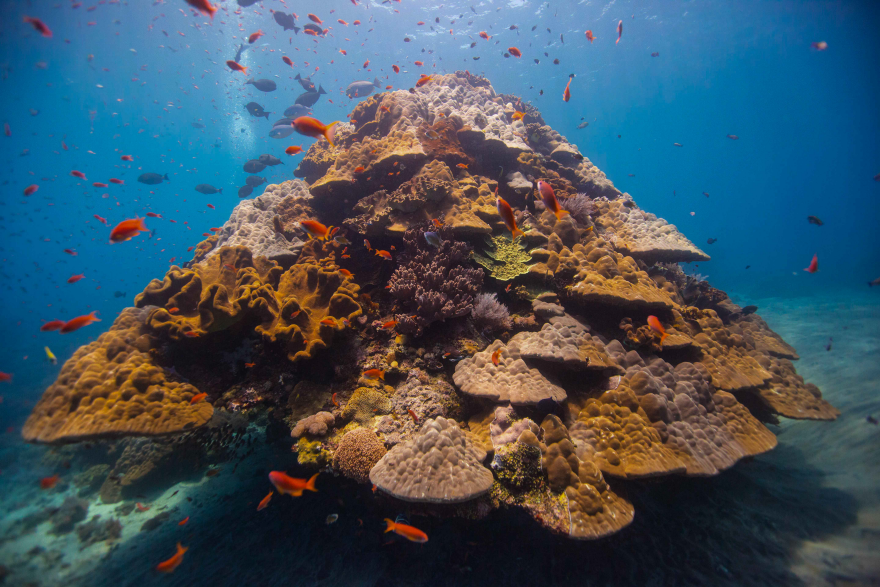 A vibrant coral ecosystem in Bali

Through The Hydrous, Lee and his co-founders Nora Hall and Erika Woolsey are disrupting traditional ocean conservation by bringing innovative design thinking to a traditional field of science. For the Hydrous team, change starts with improving how we learn about the reef and then communicating that knowledge to scientists, policy makers and a general public to empower people to act in the face of a global crisis.

It starts with a tape measure. The traditional method for studying the reef for many years has been for divers to literally take tape measures underwater and use the data they collected to create two-dimensional maps. How effective, though, is extrapolating from 2D measurements these vastly complex, multi-dimensional worlds? 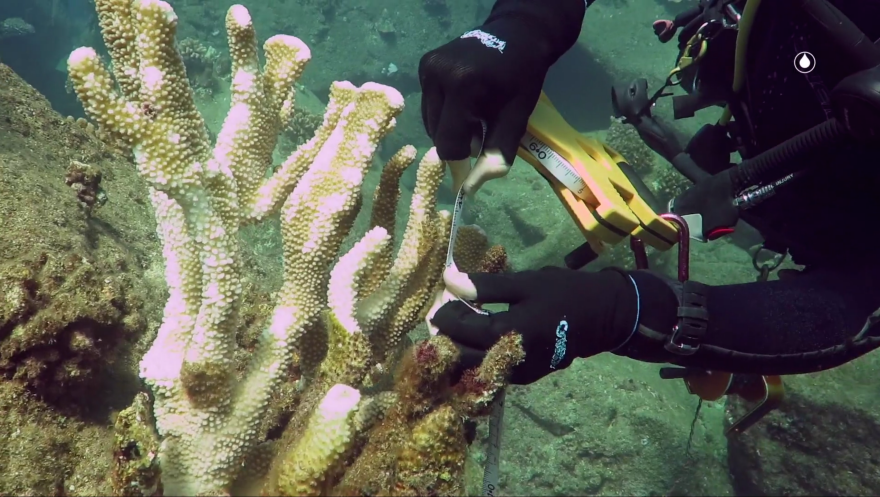 It just wasn't enough to understand let alone implement real solutions to the changes they were seeing. With his designer's eye, Lee and his team at The Hydrous realized that 3D modeling could start to answer some of the more critical questions.

Using Autodesk's ReMake tool, The Hydrous captures high-definition images of the coral reefs and converts the images into 3D models that allow scientists to observe the conditions in more vivid detail. "We didn't invent the hardware or the software, but we're inventing the way to harness it for our use," Lee explains. Their process is also known as photogrammetry—the use of photography in surveying and mapping to measure distances between objects.

Then by rapid prototyping of the 3D models, the team can deliver data almost immediately to a larger network of scientists and collaborators so they can respond in real time to the urgency of the crisis. 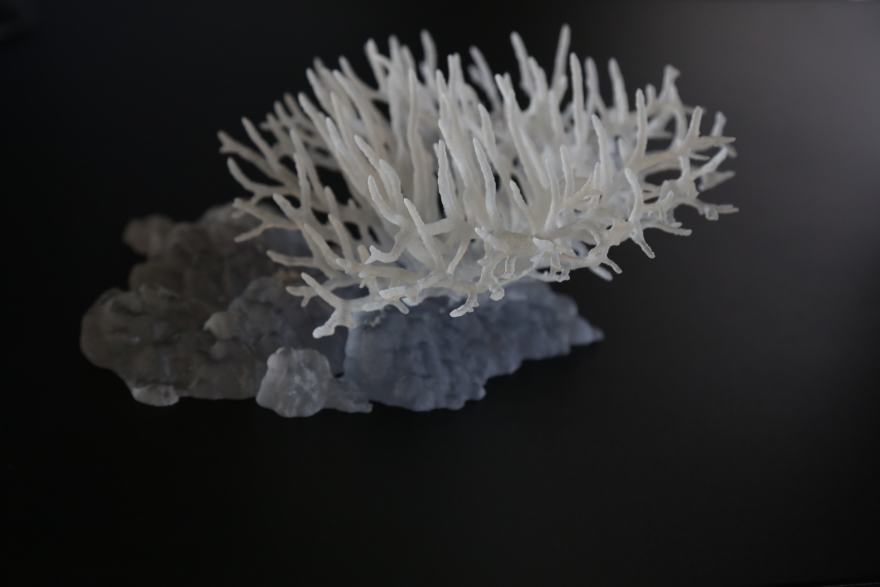 Autodesk technology is supporting The Hydrous movement, investing funding and tools that empower innovation. Collaborating with Lee and his team even helps drive the evolution of their design and innovation tools. Tools like Fusion 360 bring powerful 3D CAD/CAM to product designers who get to experience the true symbiosis of thinking and making. With Fusion 360, innovators like Lee can work rapidly and accurately with collaborators across the globe and also have the freedom to experiment with form and function. 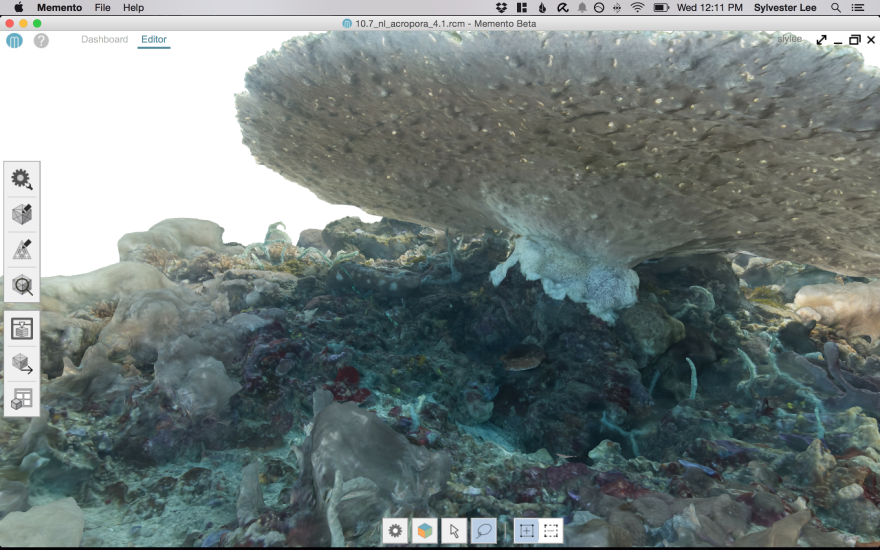 Sly working on a coral image with 3D CAD software

The technology allows teams to design, test and fabricate in a single tool, enabling collaborations with multiple teams just about anywhere.

"Sly, whose work over the past couple years 3D modeling the coral reefs using our software, articulates our ongoing examination of how creativity, design and innovation can bring about meaningful change." - Paige Rodgers, Director of Partnerships for the Autodesk Foundation

While innovation may begin in a lab that leverages digital fabrication tools to inform the science behind remaking coral reef ecosystems, the greater potential lies in empowering global citizens to carry on the mission. With only about 10% of global reefs mapped, marine scientists need citizen scientists to do their part. The Hydrous' greatest resource for driving meaningful change is to empower people with information, motivation and the right tools. With more data and more accurate information, they can drive policy decisions and how people interact with the oceans—from where and how fishing can occur to issues of waste disposal and ocean tourism. 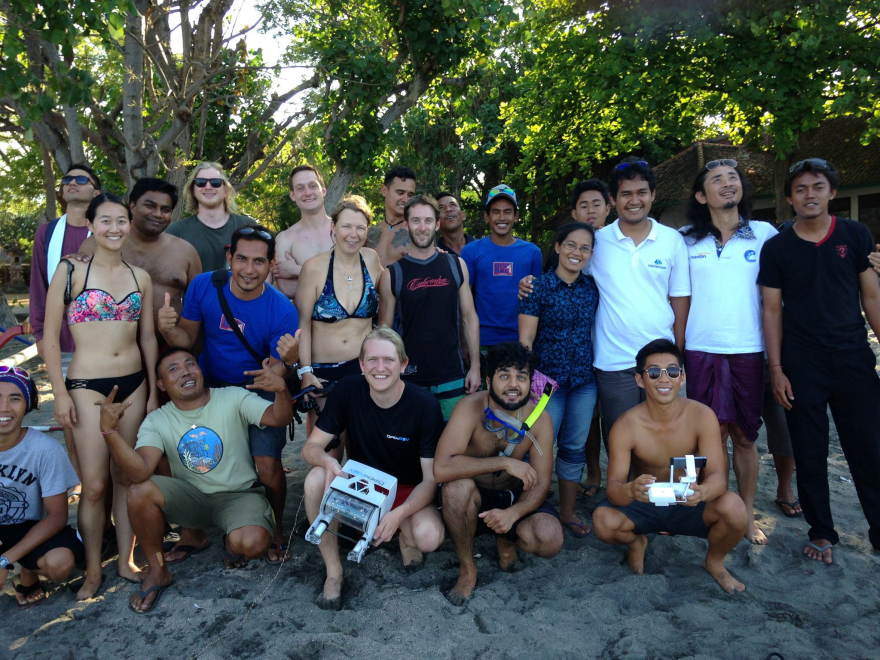 Sly and the team on a recent trip to Bali

Lee outlines the central irony concerning one of our most precious, shared, global resources: "Because we all have access to the oceans, no one actually wants to take responsibility for it."

Lee and Nora Hall want to empower anyone exploring the ocean—recreational divers, ocean enthusiasts, surfers—to capture photos of the reef with a smartphone and send them to The Hydrous where they use tools like Autodesk ReMake and Fusion 360 to create 3D models for further study.

This is "Open Access Oceans," a concept developed by The Hydrous to mobilize meaningful global action.

On an upcoming trip to the Maldives in November, The Hydrous will host 18 citizen scientists who represent a vibrant cross-section of skills and interests; among them, marine enthusiasts, artists, educators, conservationists and members of the Autodesk technology team. Using an underwater VR camera, they aim to capture the reef at an even more granular scale, bringing the experience closer to home. 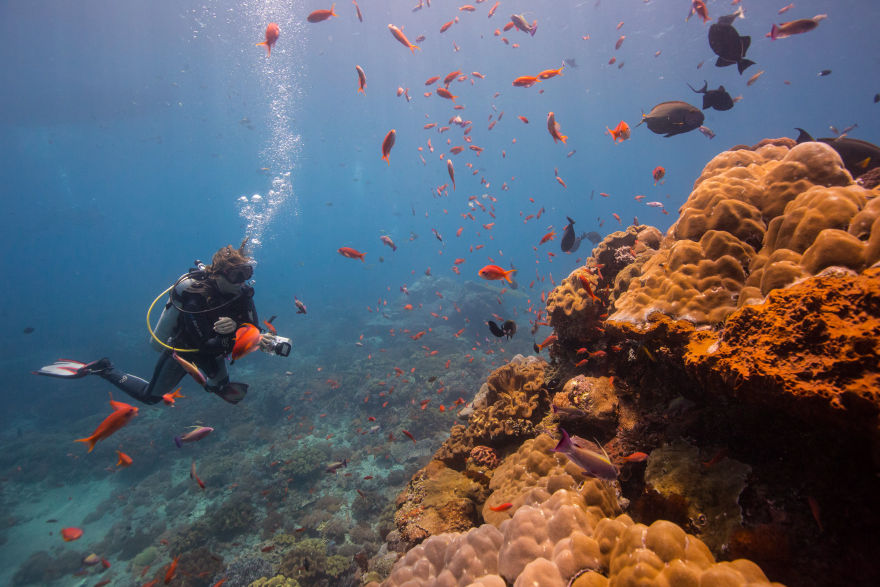 Diver capturing images of coral with an underwater 2D camera

The Hydrous is actively working on this mission, shaping the next generation of ocean conservationists beginning by making personal connections. "There are few things more powerful than evoking an emotion with another person, which I believe can lead to education, empowerment, and ultimately engagement," Hall offers. "What keeps me going every day is my loved ones, and the curiosity to understand with compassion. I want the oceans to be there for my nieces and nephews. I want generations after them to live in a world that offers the opportunities I had and have. Humanity is the core of The Hydrous and my engine." 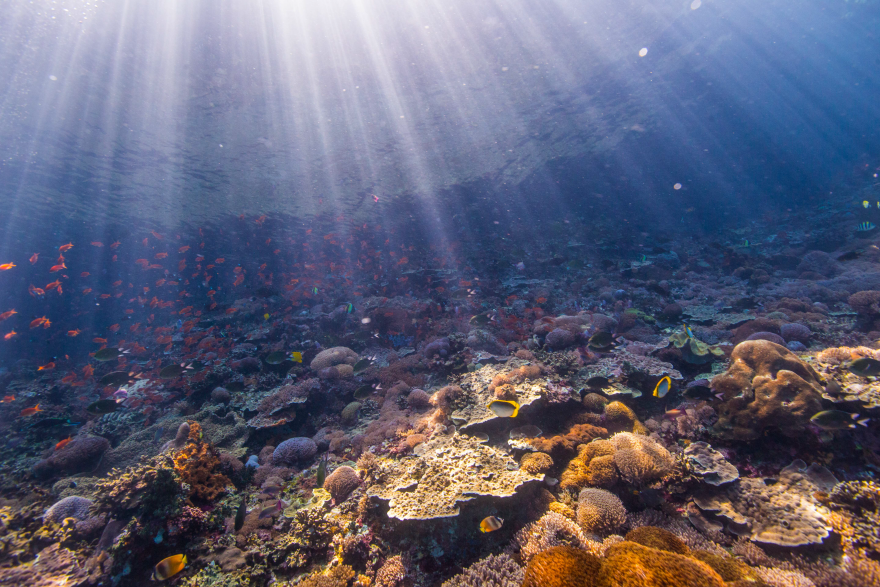 The next steps for The Hydrous is to engage a larger societal shift to set up the next generation with the tools to initiate meaningful change as a matter of routine. The smartphone generation begets The Hydrous generation, bridging intent with action and transforming lives.

For designers who have a big idea but feel disheartened by the challenge, Hall advises, "Simplify your perspective. A college professor once told me, 'Bring your loved ones to the beach.' I refer to that simplicity when I get tangled in disheartenment." Adds Lee, "I believe each and every person has the potential to enact change. Sometimes just the right impetus is required. Surround yourself by people who talk about ideas."