It's what Charles used in his own office

This year the Vitra Design Museum opened a new building, the Schaudepot, on their campus. Inside is a recreation of Charles Eames' personal office, "just as it was when he passed away in 1978." (What is Ray, chopped liver? Sadly there's no mention of her office.)

Inside we can see that Charles worked on a George Nelson desk. The chair, however, was of he and Ray's design: The Eames Intermediate Chair from 1968. As Eames Office reports: 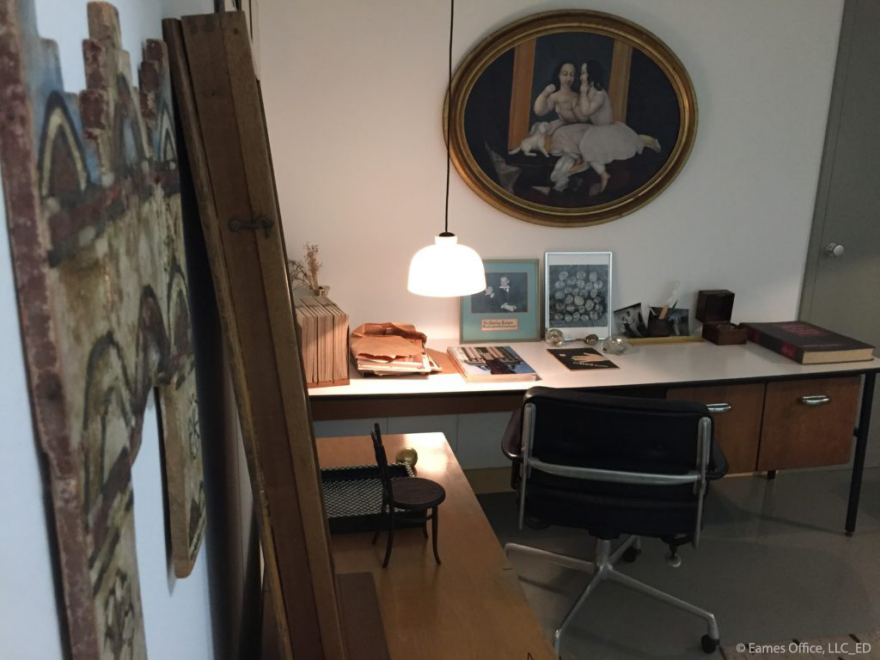 Unlike many of Charles and Ray's designs, the Eames Intermediate Chair is not part of a furniture group. Aside from upholstery options, the only configurations for the design were with or without arms and a stationary or tilt-swivel seat. The unique cast aluminum frame was only suitable for a desk chair. It had some very interesting details, as seen in the images below.

The horizontal bar of the chair's arms is fitted through holes in the vertical parts of the frame. 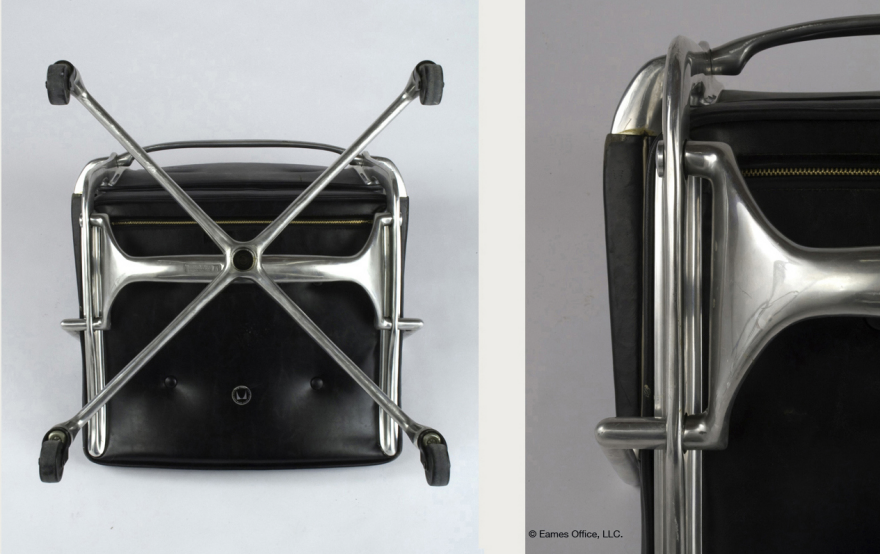 The "antler" shaped stretcher under the seat fits through holes in the horizontal portions of the frame.

The model was dubbed "Intermediate" because it was between the Eames Aluminum Desk Chair and the Eames Executive Chair in terms of both heft and price. Sadly, the year after it was released, Herman Miller released the line that would inadvertently kill it: The Eames Soft Pad Group. 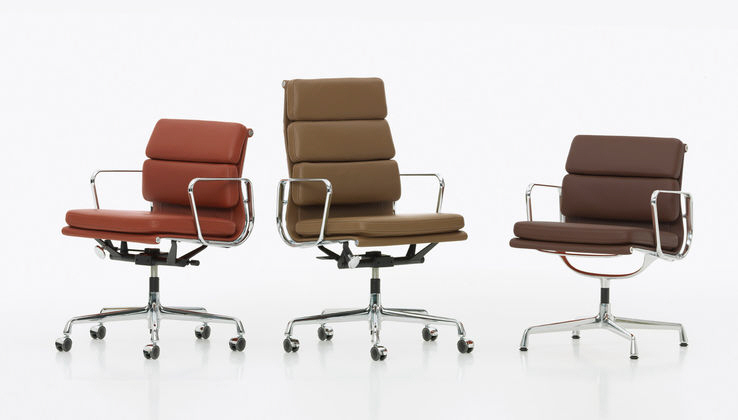 The SPGs sold so well in comparison that in '73, Herman Miller killed the Intermediate. Having been in production for just five years, the Intermediates are reportedly scarce on the secondhand market; Eames Office states that you're more likely to find one in Europe than in the 'States, as Herman Miller International produced more of them over there.

Next we want to know what chair Ray preferred!