A cerebral yet accessible exhibition concludes a trilogy of graduation shows

With an acronym that sounds like a college radio station or killer Scrabble word, the new King's Cross Creative Quarter launched during London Design Festival 2016. Spearheaded by designjunction, which now calls the KXCQ home, at least one tenant has already settled in nicely. Central Saint Martins moved into the Victorian granary and former transit sheds — converted into an impressive campus — in 2011, and the orange door on Granary Square proved to be a portal to a well-curated presentation of graduates from the school's myriad design departments. 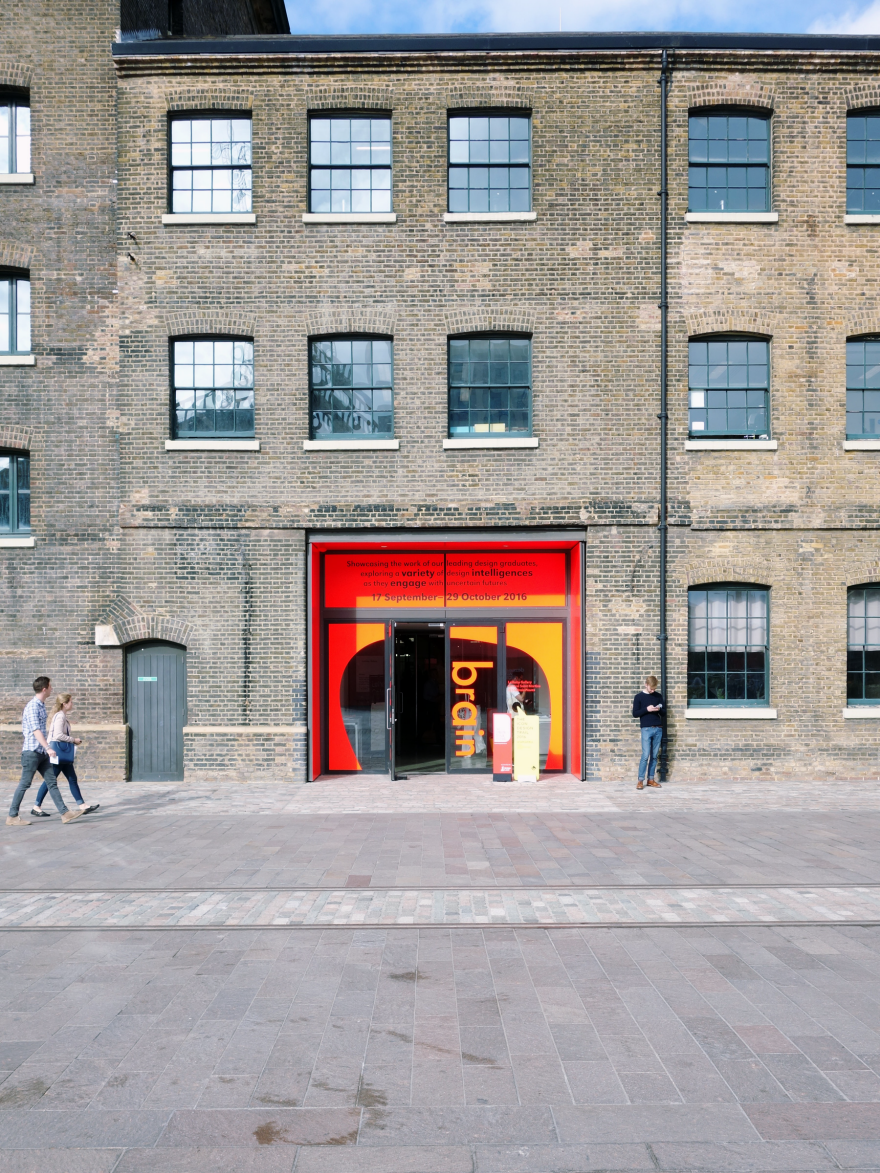 The view from Granary Square

Through the double doors is the Lethaby Gallery, where Brain Waves marks the third installment in a trilogy of exhibitions presented by CSM on the occasion of London Design Festival. Framed broadly in terms of Restless Futures (2014), the Intelligent Optimist (2015) and the current neurological moniker, these exhibitions offer different ways of conceiving of what design is and does. In short, the university looks beyond superficial styling, instead seeing design as a means of making sense of the world.

The projects in Brain Waves are organized into four categories. “Creative Forensics” includes designers who bring the scientific method to bear on the problems of today and tomorrow, where research and data provide the ballast for imaginative solutions. “Empathic Invention” describes projects that focus on communities and collective good, fostering social connection through the products, services, or even conversations. “Haptic Thinking” examines contemporary material culture, technologically enabled and otherwise, with an emphasis on tactility and embodied knowledge. And “Shifting Reality”comprises projects that challenge and reframe our perception and perspective on the world around us.

Here is a selection of the 47 projects in Brain Waves, which is on view at the Lethaby Gallery at Central Saint Martins until October 29, 2016. If you can't make it to the exhibition, all of the projects can also be viewed in the catalog, which is available online here.