There was nary an Arduino in sight at Electro Craft, a dense London Design Festival exhibition in the heart of Shoreditch Design Triangle. A showcase of design at various points where arts and crafts meet technology, the jam-packed show gives a first impression of overstimulation, with nearly 30 projects — often characterized by lights, sounds, movement — into the modest gallery space. 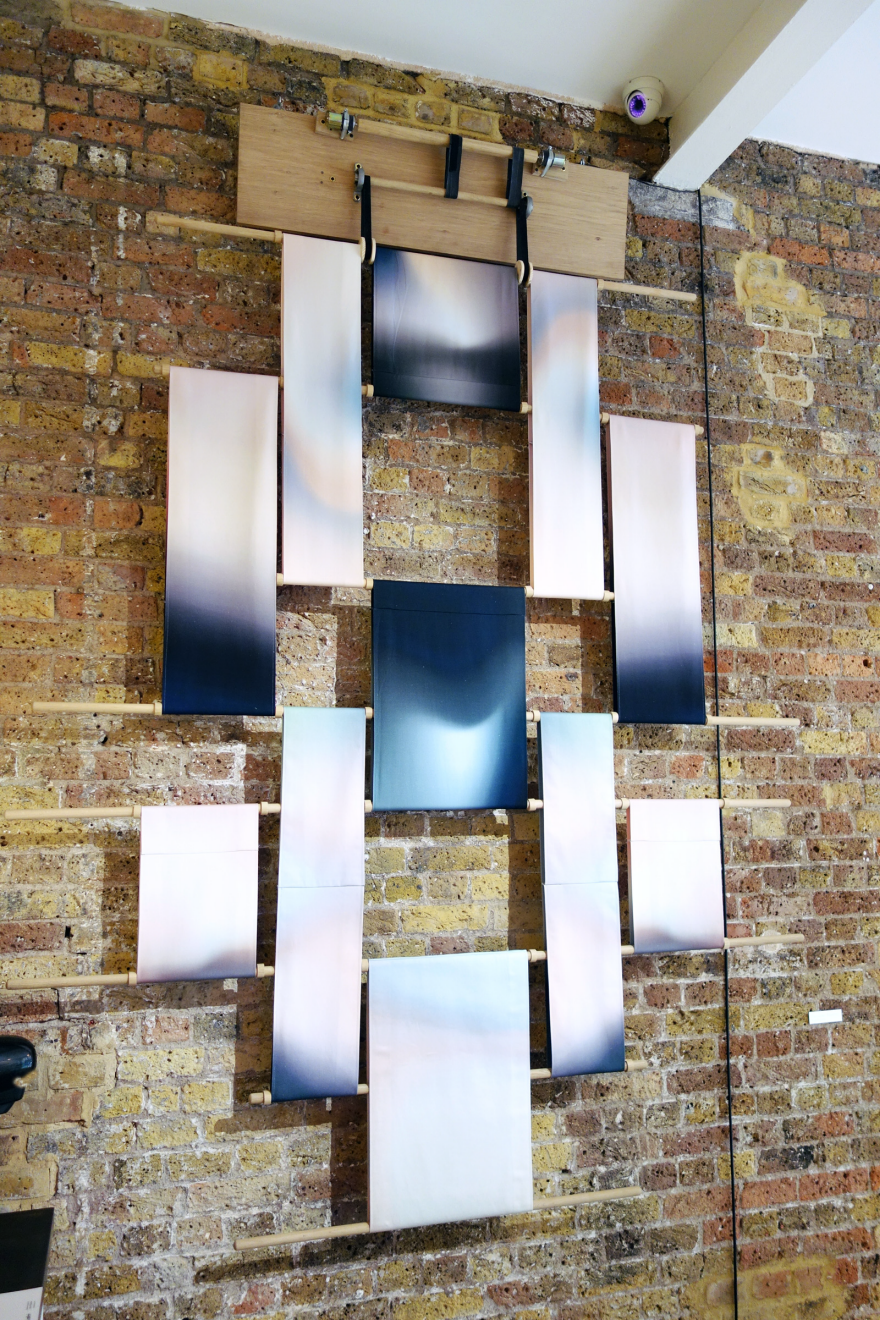 Rive Roshan - "Circadian Tapestry" - The textiles slowly "scrolls" as an abstract representation of the passage of time.

Of course, the sense of creative and sensory surfeit may well have been initiator Tord Boontje's goal. Liberated from client briefs and manufacturing constraints, the designers in Electro Craft are largely lucky ones who take a hyphenated designation; designer-makers, -authors, -artists and -craftspeople abound. Technological though they may be, the projects have less to do with products by Apple and Google — in an introductory essay, Professor Gareth Williams cites Peter Behrens and AEG as the progenitor of packaging innovation for mass-production — and more to do with applying craft processes and the DIY spirit to the inescapable sense of connectivity in contemporary life.

Inasmuch as each and every project demanded a modicum of attention from the viewer, Electro Craft succeeded in Boontje's mission statement to "give a flavor of wonderful work in the area of electronics." If the specular backdrop — crinkled sheets of mylar — unfortunately felt less like a futuristic funhouse than being inside a bag of potato chips (er, crisps), it was worth spending some time to savor the exhibition as food for thought.

Here is a selection of projects in Electro Craft, all of which are catalogued on the exhibition website. Those of you in London can also check it out in person at 23 Charlotte Road, London, EC2A 3PB, where it is on view until October 15, 2016.