Hack one up for Halloween?

Halloween is this month, and for those of you who like to render your houses haunted, cobwebs are great visual shorthand. It would be handy to have a way to quickly apply them, and to be able to easily remove them come November 1st. Well, help is here in the form of the Webcaster Gun:

In all the countless hours of manipulating a hot glue gun in ID school, I never once thought of blowing compressed air through it nor what the resultant discharge would resemble. And that is why I am a design blogger instead of a successful entrepreneur who sells $38 "Webcaster Gun Cobwebbing Systems." 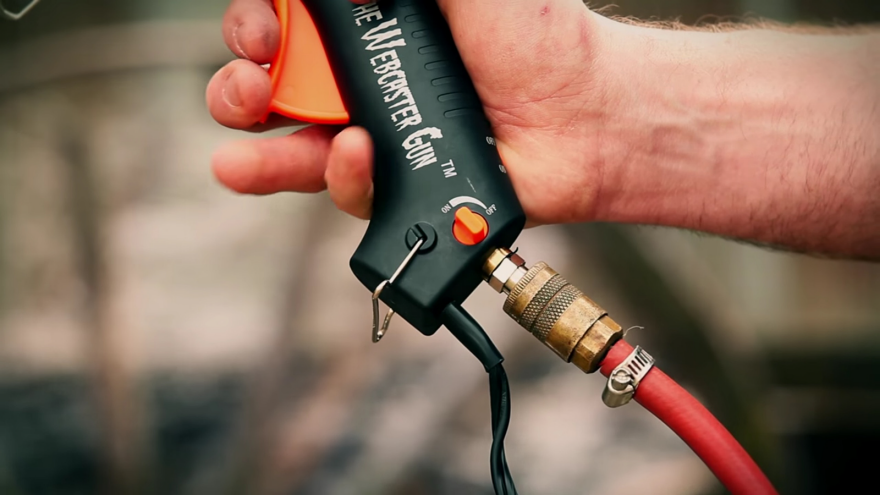 That $38 is for the compressed-air version. The version that runs off of a shop-vac—which I can't see providing the same oomph—goes for $29. 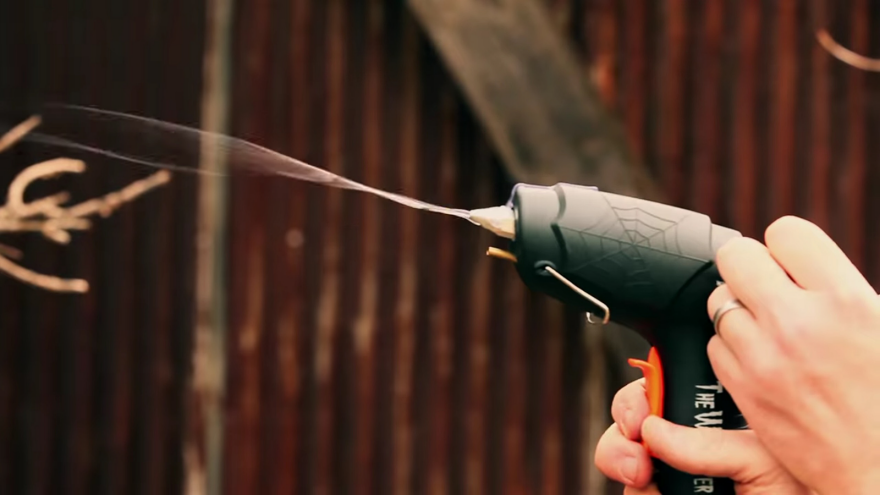 I'm thinking these could be made relatively easy with a 3D-printer and parts from an existing glue gun; you print up the two halves to include a channel for the air, then pick up a valve at the big-box. But admittedly I don't know what the heating mechanism looks like inside these things; nor how it has to be supported; nor how to incorporate the pressure-modulating dial. Ah, where's our tear-down guy when we need him?