In a grand, red carpet ceremony at the iconic Henry Ford Museum in Dearborn, MI, the Industrial Designers Society of America (IDSA) unveiled the Gold and Silver winners of the International Design Excellence Awards® (IDEA®) 2016.

View the IDEA 2016 Gallery of 136 Gold, Silver and Bronze winners—chosen from among more than 1,700 entries worldwide.

"The IDEA 2016 winners show us the true meaning of design excellence," said IDSA Board of Directors Chair—and TEAGUE President and CEO—John Barratt, IDSA, at the 36th annual IDEA Ceremony. The presentation was followed by the IDEA Gala that also served as the kickoff to the IDSA International Conference 2016 in Detroit.

Barratt was joined on stage by The Henry Ford President Patricia Mooradian and two IDEA 2016 jurors—The Henry Ford Chief Curator Marc Greuther and IDEA 2017 Jury Chair Owen Foster, IDSA. "I hope you're as excited as we are by the future of design excellence on display," said Foster.

IDEA 2016 Jury Chair Cameron Campbell, IDSA, led a team of global design experts to judge more than 600 finalists at The Henry Ford. "IDEA has an incredible legacy of establishing the best in international design," she said.

The Access Strength™ won three major awards—Best in Show; Design for Equity; and an IDEA 2016 Gold. The digital health platform provides value to payers, providers and patients/consumers in the healthcare system—pairing HIPAA-compliant cloud software with inclusive fitness equipment to lower barriers in fitness/rehabilitation for consumers, and to optimize the delivery of care for providers. 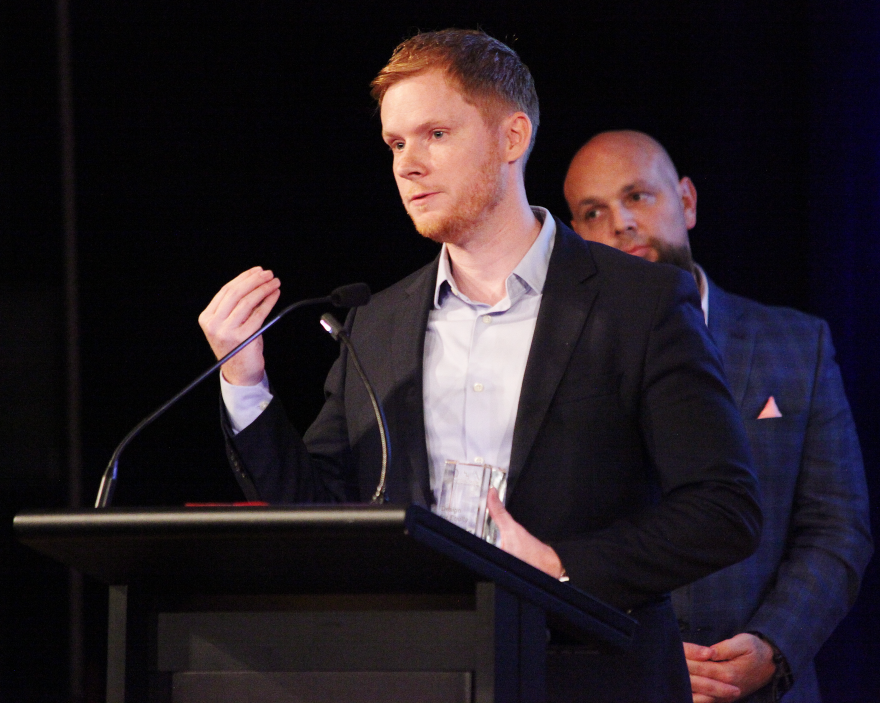 The Access Strength™ was designed by Ryan Eder, IDSA, founder and CEO of IncludeFitness (IF), and engineered by Priority Designs, Inc., with software developed by AWH—all based in Ohio. Eder first earned major recognition as a University of Cincinnati industrial design student nearly 10 years ago—winning Gold, Best in Show and People's Choice in IDEA 2007 for a concept version of this project. "Winning IDEA fundamentally changed everything—everything," Eder emphasizes. "That recognition opened doors to pursue the concept. Otherwise, it most likely would've just stayed a senior thesis. I used that validation to connect with others and build IF. As we continued to have success, the education I received with the opportunity to launch IF also has been career changing."

IDEA 2017 will open for entry in December 2016. The IDEA 2017 Ceremony and Gala will be held in conjunction with the IDSA International Conference 2017, set for Aug. 16 to 19 at the Atlanta Marriott Marquis.

Founded in 1965, the nonprofit IDSA is one of the oldest and largest membership associations for industrial design professionals. IDSA has thousands of members in dozens of Student Chapters, Professional Chapters and Special Interest Sections in the United States and internationally. IDSA sponsors IDEA®, the world's most prestigious and rigorous design competition. The Society hosts events including an annual International Design Conference, five District Design Conferences and a Medical Design Conference, bringing together some of the biggest names and brightest minds in industrial design and related fields. Global outreach includes designUpdate and designBytes e-newsletters; INNOVATION—IDSA's flagship publication—a highly regarded magazine within the profession; and the Yearbook of Design Excellence, featuring IDEA, IDSA Award and Student Merit Award winners. IDSA Ambassadors support and promote industrial design with research and thought leadership such as INsights.