Core77 Test Kitchen: Does the Polygons 4-in-1 Measuring Spoon Fold Under Pressure?

So close to being a baking staple I can taste it

When industrial design student Rahul Agarwal was given the warning to avoid trying to redesign near perfect products like spoons, he turned the warning into a challenge, and a concept for a new kind of measuring spoon was born. Polygons, a new kind of measuring "spoon," lies flat when not in use and, with the help of carefully placed creases, folds into four different tablespoon/teaspoon measurements similar to origami.

Here at Core77, we were so excited about the concept that we awarded Agarwal a Core77 Design Award Student Notable mention in the Food Design category for Polygons back in 2014. Now that the measuring spoon has moved from concept to reality—blowing past it's initial Kickstarter funding goal of $10,000 in just a few days—as the resident Core77 stress baker and editorial assistant, I was tasked to put a prototype of Polygons through a gamut of user scenarios while baking some chocolate chip cookies over the weekend.

The results? Delicious cookies but not such a delicious product review. Polygons is beautifully designed, but its user experience left me wondering—is redesigning the measuring spoon a problem worth solving? Below we put some claims from the Polygons campaign to the test and ran the prototype through the Core77 Test Kitchen Chocolate Chip Cookie Challenge: 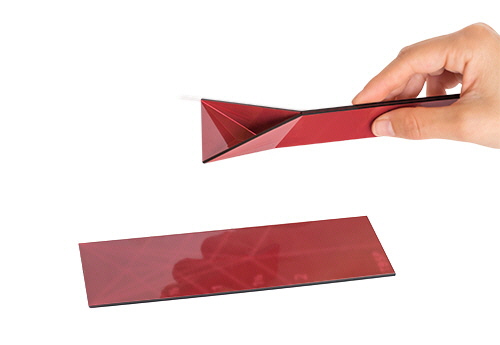 The only material bonding Polygons' triangular pieces in the prototype are thin layers of laminate. There's one layer on either side of the spoon with breaks where the main creases are.

I had an almost immediate issue with the laminate—as soon as water creeped underneath the layers, the film started peeling away, causing the spoon to fall apart. This was added frustration when rinsing the spoon off between the many measurements needed to make cookies.

Material/bonding choice is the main issue with Polygons—it causes a snowball effect of more minor problems. I wish the laminate idea could be replaced with a silicone coating or a material that would close gaps, create softer edges and hold parts together. The harsh creases make the spoon vulnerable and flimsy, which needs to be worked out before going to market. 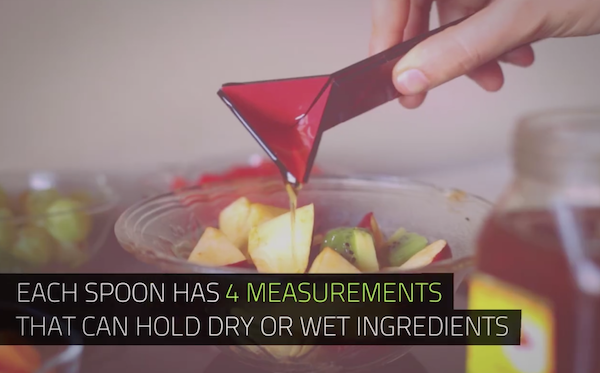 Due to the peeling laminate, this is not the case—the water damage factor quickly took over the whole spoon. Polygons' shifting triangular tiles also cause holes in the corners where the parts meet, allowing liquid and even some dry ingredients to fall through the cracks. This was my experience: 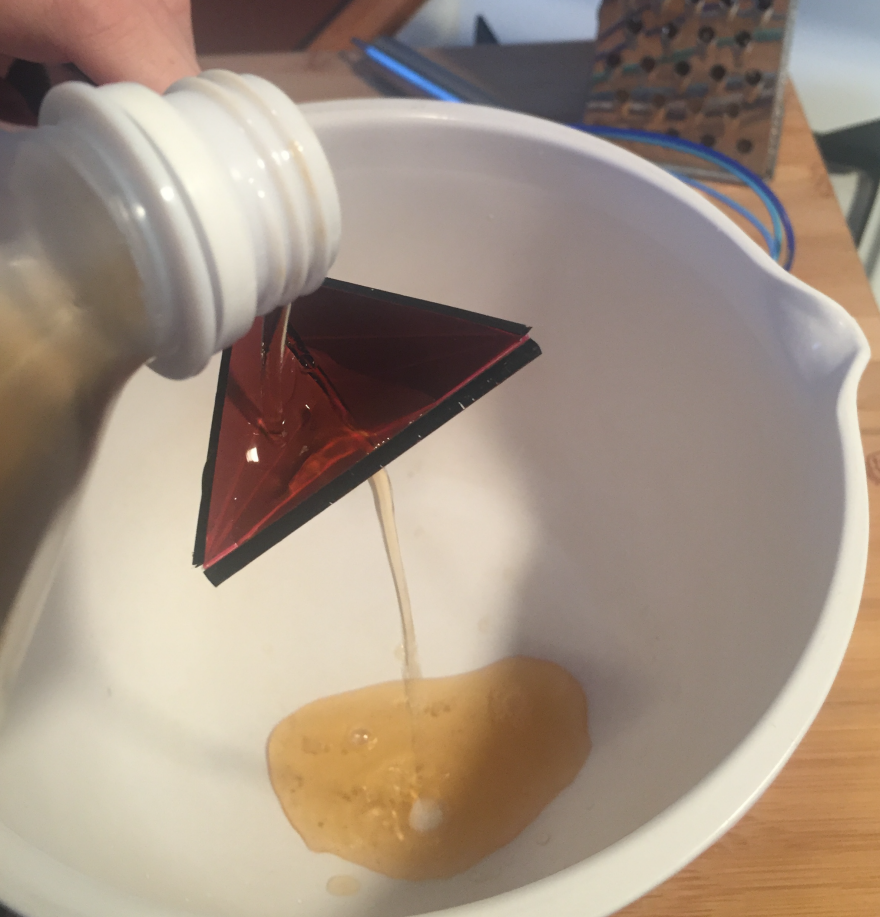 Statement 3—Easy to Use: 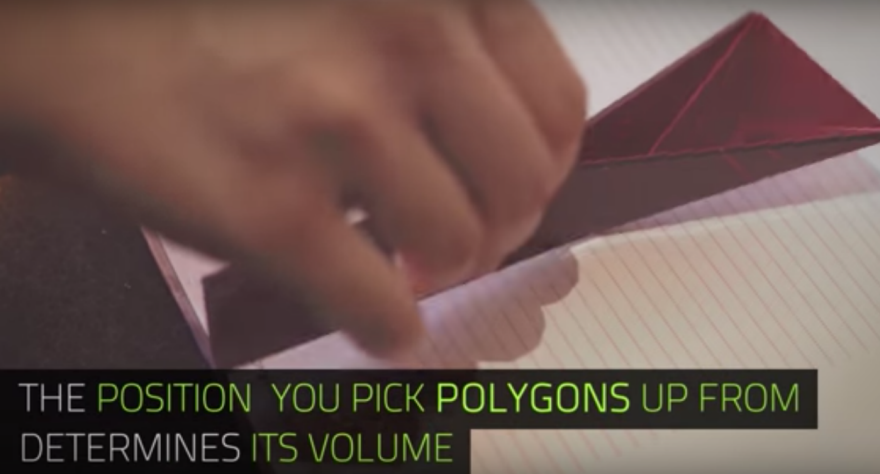 It was difficult to hold the desired measurement shape with one hand. The spoon kept snapping back to one of its' other shapes when force was applied to scoop ingredients. Polygons' low force threshold made it difficult to measure dense ingredients like brown sugar—a key chocolate chip cookie ingredient. Changes in shape means inaccurate measurements, which is a no-go when it comes to baking. The spoon's wide, angular shape also made maneuvering it into small flour bags difficult. 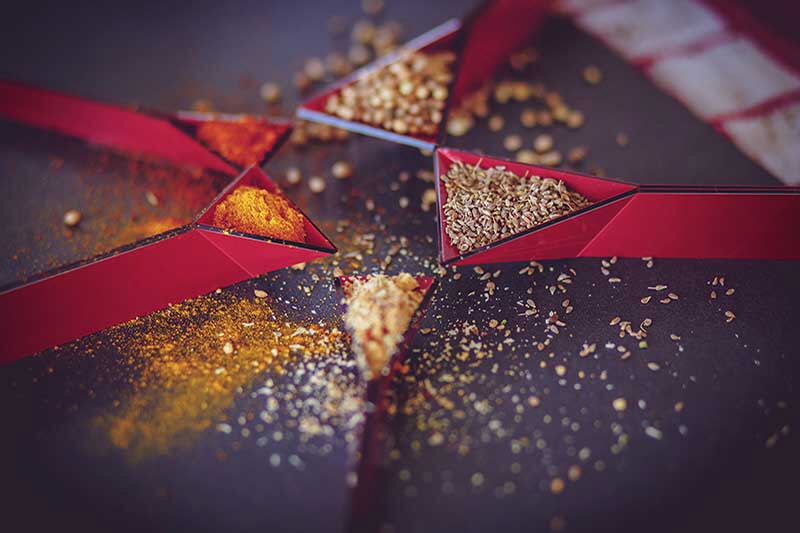 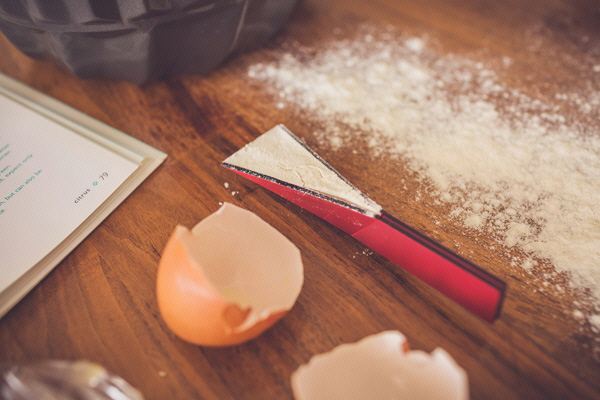 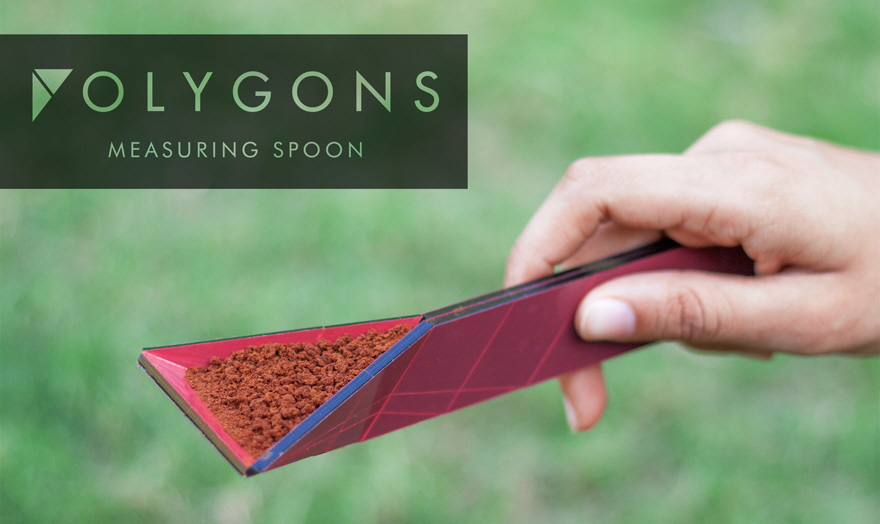 Another concern with the shape of Polygons is its diagonal opening, which makes leveling off measurements with your finger difficult. I found the above pictures from the Polygons website misleading. The type of measurement shown in the outside images is fine for garnishes and other final touches, but you need to be able to fully fill and level off a measuring spoon when dealing with precise baking ratios. Leveling off Polygons is harder than it looks—as soon as one part moves, your ingredients fall out.

Statement 4—You Can Spread Things With It 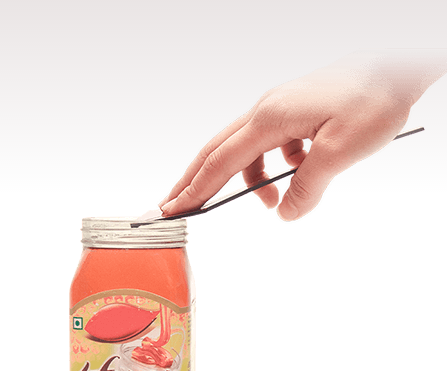 Unfortunately, the material is too flimsy and does not bend at the angle shown in the above image. A measuring spoon that doubles as spreader is a great idea in theory, but might not be worth the extra cleaning when switching back and forth between ingredients. 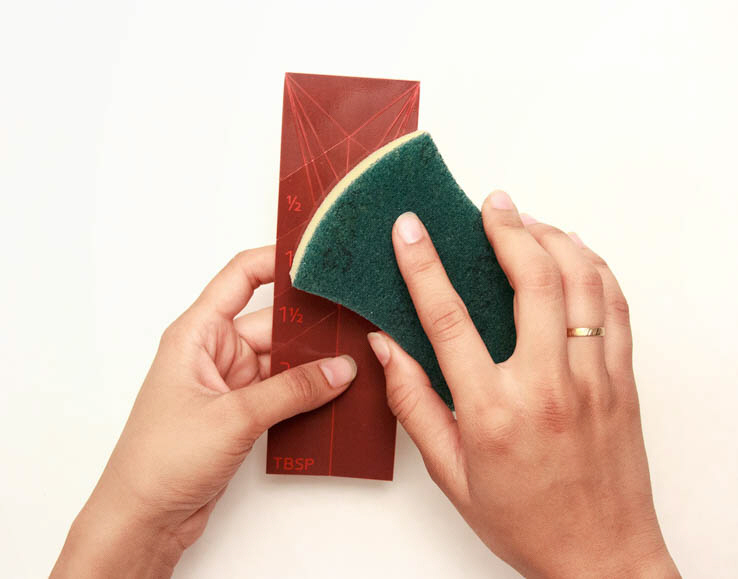 To a certain extent, the spoon is easy to clean because of its flat shape. However, the creases collect flour, granulated sugar and other dry ingredient particles. This makes scrubbing in the creases necessary, which in turn adds to the laminate peeling. 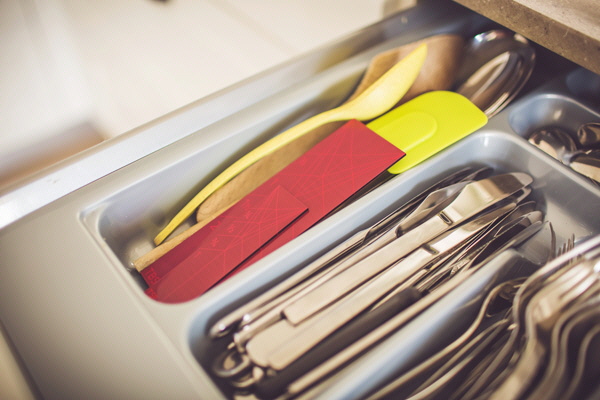 This one is accurate. Polygons Measuring Spoons lie flat when not in use, so their storage is optimal. Traditional measuring spoons are bulky and take up a lot of counter space, so this feature is a clear upgrade.

Polygons is on its way to becoming a staple in every baker's kitchen—it's so close. We hope that Agarwal can fit in one more stage of materials refinement before hitting Kickstarter's virtual shelves. We're all in Polygons' corner and hope it can be resolved soon—believe me, I would love to ditch my bulky plastic spoons to replace them with an all-in-one tool.