I might be the wrong person to ask for opinions on concept bikes, since I prefer bicycles that ride well first and look futuristic second. But from time to time, a flashy one will catch me so far off guard I wind up liking it before I can help myself. The Viks GT Commuter is a new absurdly stripped down frame design from Velonia Bikes. It was created by Indrek Narusk and inspired by the aggressive lines of Lamborghini supercars. 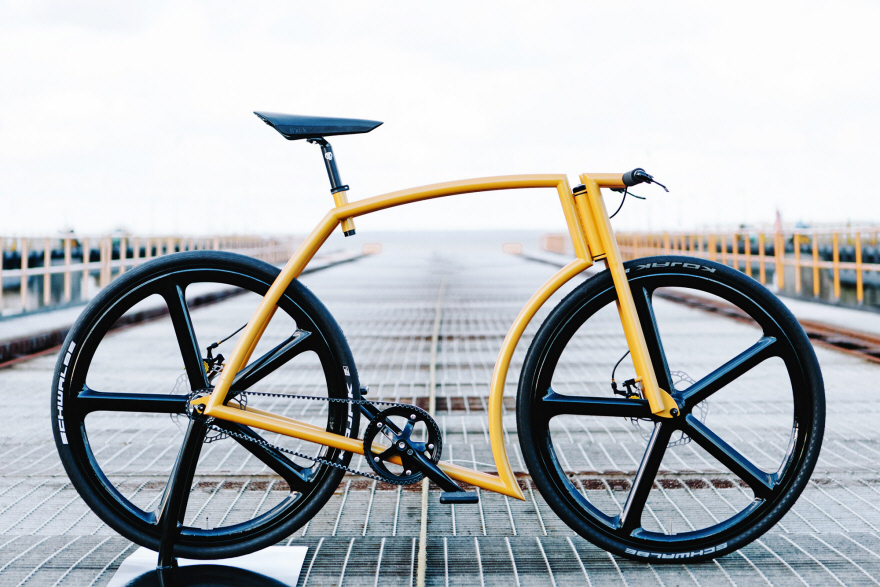 Narusk, an Estonia based designer, has been working with the Viks design since 2012. The riding position is pointedly not ergonomic, but given the uncomfortable tradition of cafe racers, that's nothing new. The frame buys into some other classic minimalist frame cliches—look ma, no seat tube!!—but makes up for it by doubling the tubing used, literally. 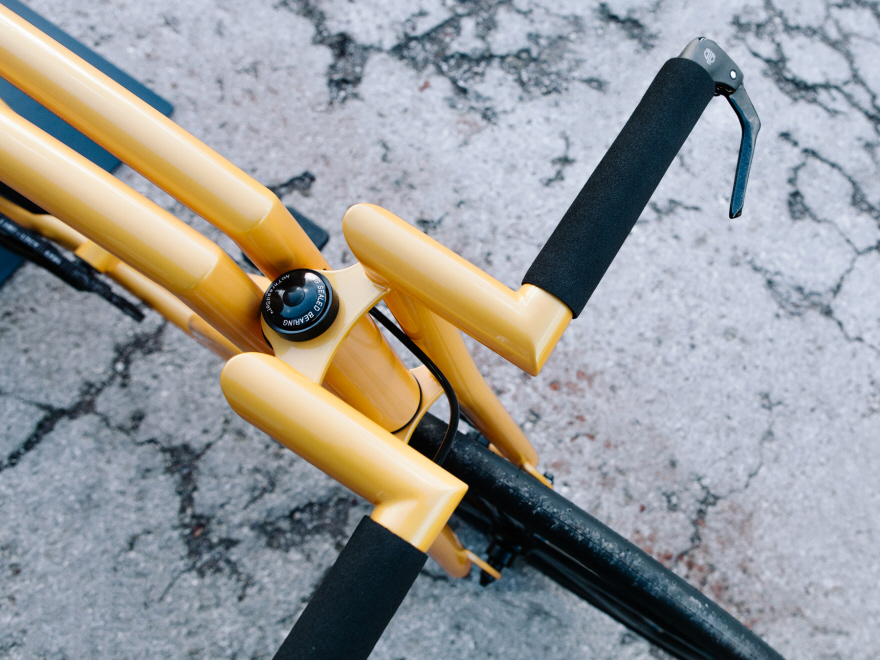 While double top tubes or down tubes are not uncommon to stiffen up cargo bikes, they're the opposite of weight saving, which usually scares off run of the mill, minimalism-minded track bike designers.

This mac 'n cheesy update features 40% lighter aluminum tubing, elegant internal cable routing, upgraded disc brakes, slick brakes, and belt drive.
The Viks GT frames are made in Tallinn, Estonia. The forthcoming line will be produced in a range of Lamborghinish colors, available via Velonia resellers. More info can be found at the Viks site.