This might be the fastest we've ever seen anything get Kickstarted. Just 35 minutes after going live SPUD, the Spontaneous Pop-Up Display with a 24-inch screen, hit its $33,000 goal. In scarcely 24 hours it's already over $130,000 pledges and climbing.

In the pitch video, you get a much better look at the system than in the sneak peek we showed you on Monday:

Here are some of the details we've been waiting for: 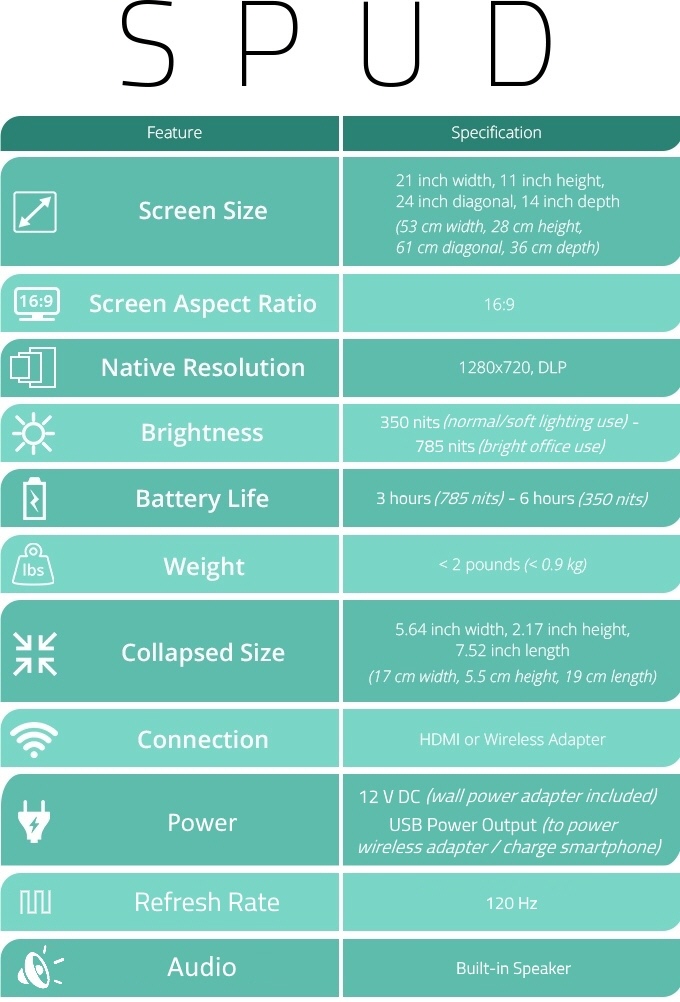 The screen isn't glass, but a crack- and chip-proof vinyl composite that is wrinkle-resistant. The rear projection onto the screen reportedly "promises ultra-sharp images," and the developers report that it does not require a dim environment to be used in.

Should the device crack $250,000 in funding (which it surely will, given that there's still 44 days left in the campaign), the battery will be upgraded to last for a maximum of 10 hours rather than 6.

SPUD is expected to retail for $499; early-bird pledges at a reduced $349 price are all gone, but at press time there were still some $399 early-birds available. Shipping is scheduled for June of next year.

Here's the closest thing they've got to a real-world demo:

This thing looks pretty amazing. Never mind the entertainment applications; this thing would be a boon to designers who are traveling with a laptop and unexpectedly need to attend to CAD emergencies.