Also, a little about workbenches and saws

Take a look at this image from G. A. Siddon's 1833 The Cabinet Maker's Guide: 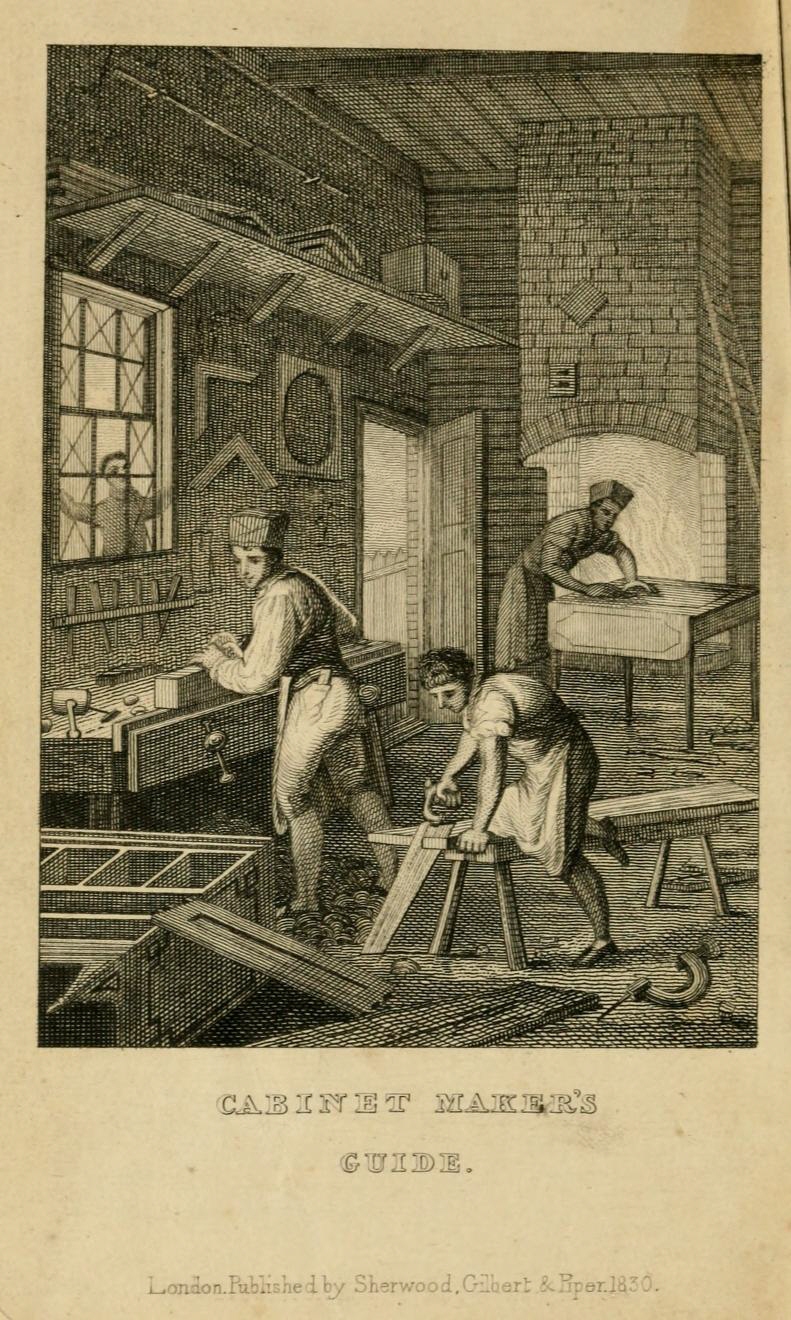 It's an interesting book (mostly about finishing) that we'll someday reprint, but that's not the reason for this post. Please notice three details:

1. Two of the workers are wearing paper hats:

2. The workbench has a continuous double-screw vise running along the front: 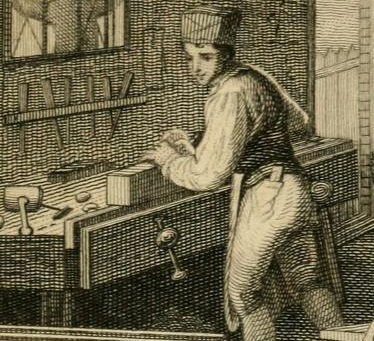 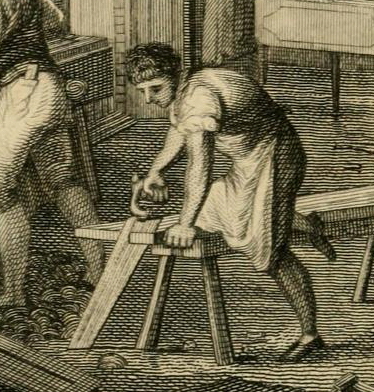 Number 2 might be of interest, as workbenches are a popular topic on the web these days, and this is another form of the English-style workbench.

Number 3 might be of interest because while the book is from 1833, the engraving is probably ten or more years older than that, and the image reflects the transition from the early open-handle handsaw design of the 18th century to the more familiar closed handled handsaws of the 19th century.

Both 2 and 3 are worth writing about in the future... but here I just want to focus on 1 and talk about hats!

The folded paper hats that these men are wearing are pretty typical head coverings for workmen in the 19th and later centuries. They might have worn them earlier, but certainly the introduction of mass produced paper in the 19th century made them cheap and disposable. In the newspaper industry, pressmen were known to wear them until recently. In Lewis Carroll's Alice in Wonderland, the carpenter walking on the beach is wearing a paper hat  courtesy of John Tenniel, the illustrator. Interestingly the hats here, in Alice, and in a couple of other sources I know of have big, wide sides. I don't know if that's a reflection of paper size at the time, a vocational thing where carpenters wore bigger hats than printers, or if it is just random.

This illustration is one of the few contemporary illustrations that show the hat. There are bunches of ways of making them—here is a link to step-by-step instructions.

The reason that everyone in the 19th Century covered their hair was that people didn't wash very frequently—no running water, poor-quality soap, and the complications of taking a bath when neither the shower nor the bathroom had been invented gave everyone an incentive to try to keep their hair clean. For a gentleman, a regular hat would work fine, but for anyone working in a shop with dust and grime everywhere, a disposable head covering was far more useful. Hence the paper hat. Even today, they can be a simple way of protecting your hair from dust and paint.

By the bye, the book's full title is The Cabinet Maker's Guide or Rules and Instructions in the Art of Varnishing, Dying, Staining, Japanning, Polishing, Lackering, and Beautifying Wood, Ivory, Tortoiseshell, & Metal with Observations on Their Management and Application. That title is so long that it wouldn't fit onto one of those hats, not even the big ones.