Will June the Intelligent Oven Ease Stress in the Kitchen?

It's too early to tell, but its/her design is very promising... 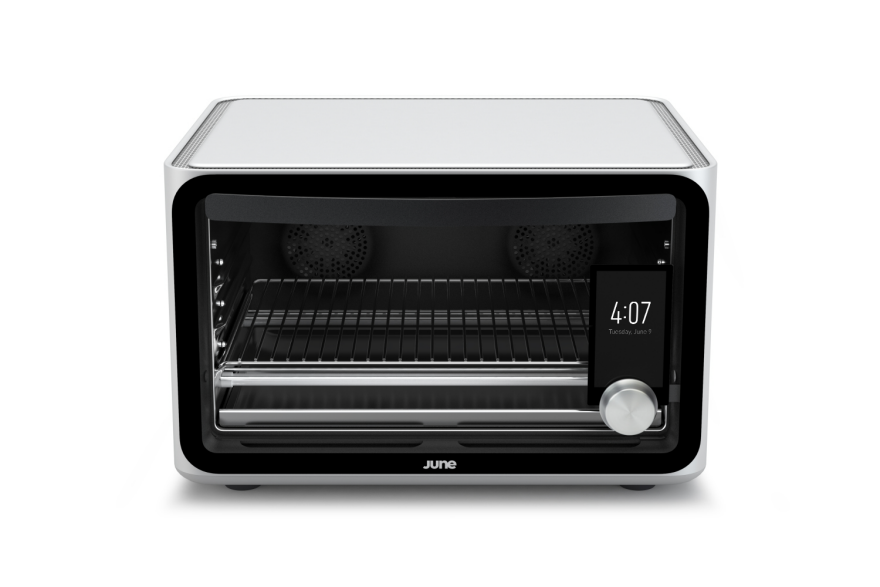 Meet June, the intelligent oven that really wants to enhance your meals and baked goods. It/she (?) aims to erase the popular AI 'taking over the world' stigma brought to us by the likes of our friends LipNet and the painting AI system. Even though June is in fact an AI equipped appliance, its goal is to support you in the kitchen, not cook for you. Don't let her built-in camera instill panic—you're still needed in the kitchen just as much as you were before.

June was created by co-founders Matt Van Horn, former Higher Education Marketing at Apple Computer and co-founder of what's now Lyft, and Nikhil Bhogal, former Apple engineer, with the help of Ammunition. The June Intelligent Oven recognizes your food when placed inside, figures out how to cook it and then presents you with eerily perfect meat/cookies/vegetables while filming the entire process. Here's a video:

Even without testing June, I can see how the oven could be both beneficial and difficult to justify depending on the scenario. First, let's elaborate on some of June's key features (all really useful, assuming they function as stated):

—Speedy Preheating: June is able to hit 350 degrees in a little over four minutes, which beats standard ovens by a mile (my ancient oven takes around 25 minutes to reach the same temp) 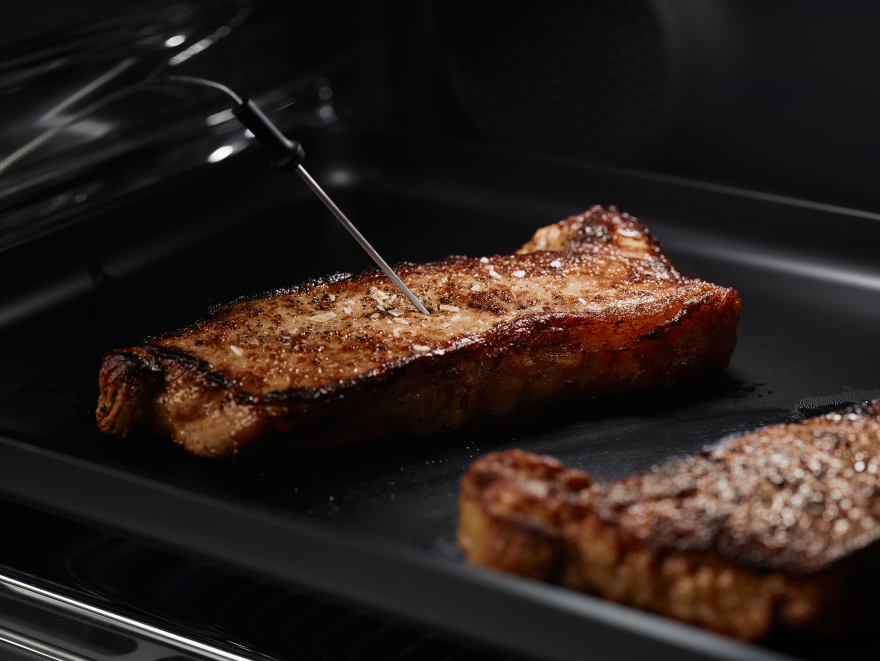 —Smart Probe: The smart thermometer attachment inside of June lets you track the temperature of your meat. It figures out the optimal temperature and speed of reaching said temperature, taking out all the guesswork. 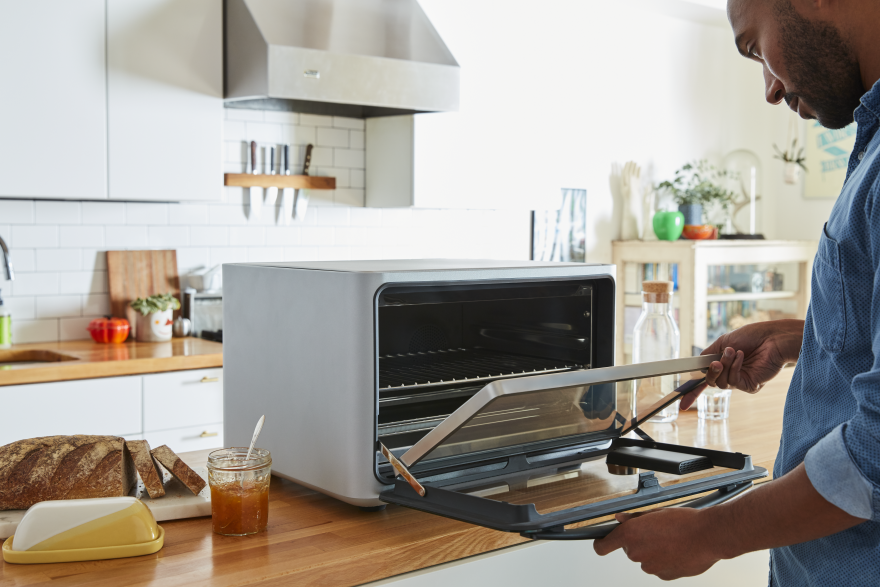 —Easy to Clean: June's removable door panel makes it hard for food crumbs and chunks to get stuck where you don't want them. This is a useful feature, but it's hard to tell if it will be bothersome to remove.

—Advanced Insulation: There's nothing more annoying than accidentally touching a hot toaster oven—June remains cool to the touch no matter what, even its glass front. 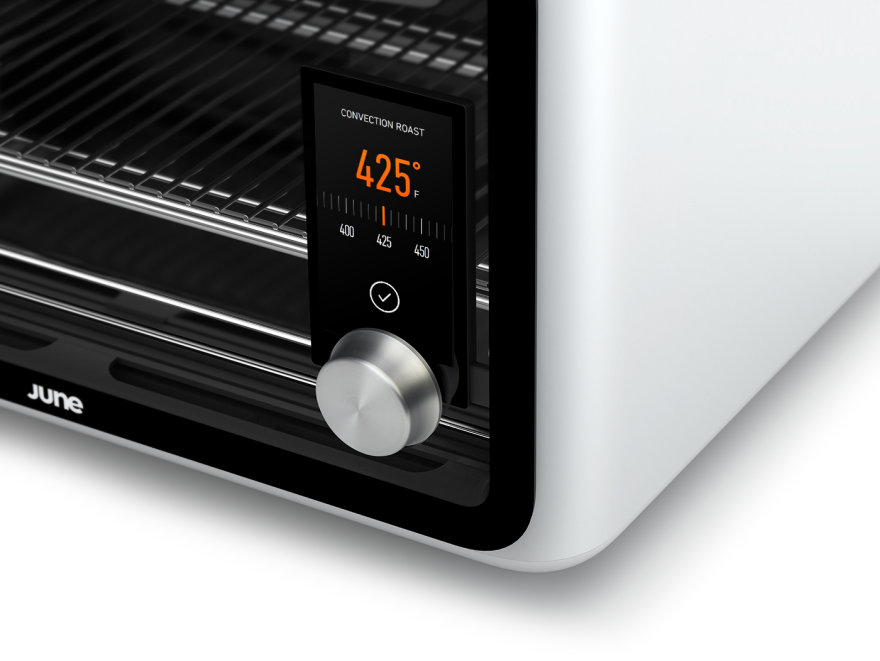 —Front Features: June's design team wanted to keep her shape similar to standard toaster/convection ovens for user familiarity. June features a dial and a touch screen pad right on the oven's front for easy control and space saving. Keep in mind, the touch pad doesn't heat up while the oven is in use.

—Food Recognition: When you place food in June, it recognizes what you are making and decides how to cook it. Right now, she only recognizes basic foods like chicken, broccoli, etc., but that will soon change...

—Automatic Updates: June's software automatically updates because it learns as you do. As more people use June ovens, June will start to recognize how to cook more recipes. In a way, we're teaching June how to cook so that she can help us with our process. A little scary, but intriguing. 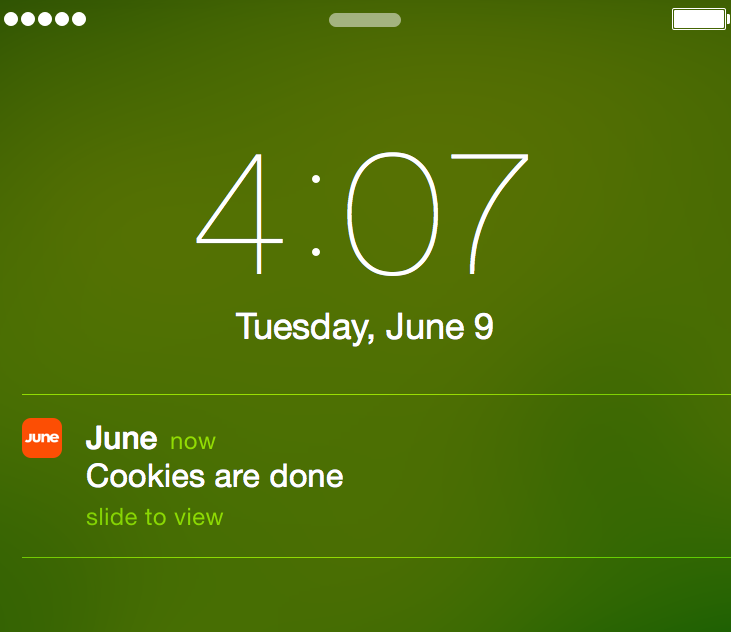 —Notifications: Get notifications like this as your food cooks and when it's finally ready. These would be useful if you get distracted with prepping side items while the big enchilada is cooking.

—Watch Your Food as it Cooks: June films everything as it cooks, so if you obsessively check the oven while you make dinner, you can start obsessively watching your phone instead. Same concept, less heat in your face and temp damage to your food.

—Meal ETA: Through the app, June will send you an ETA for your meal. Maybe a clever Lyft reference? 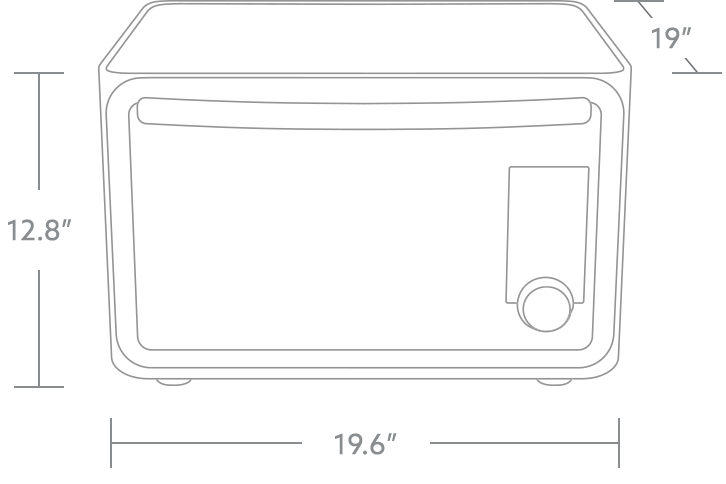 The overarching concerns with June's concept don't necessarily have to do with design—it's safe to say June incorporates features anyone in the kitchen would appreciate.

However, June's steep $1,500 price is tough to justify, even in small apartment settings. The oven's price and small size make June's target market unclear. Millennials settling into their first tiny apartment? Too expensive. Families? Too small unless family means a couple or a lonely New Yorker with three pet cats. 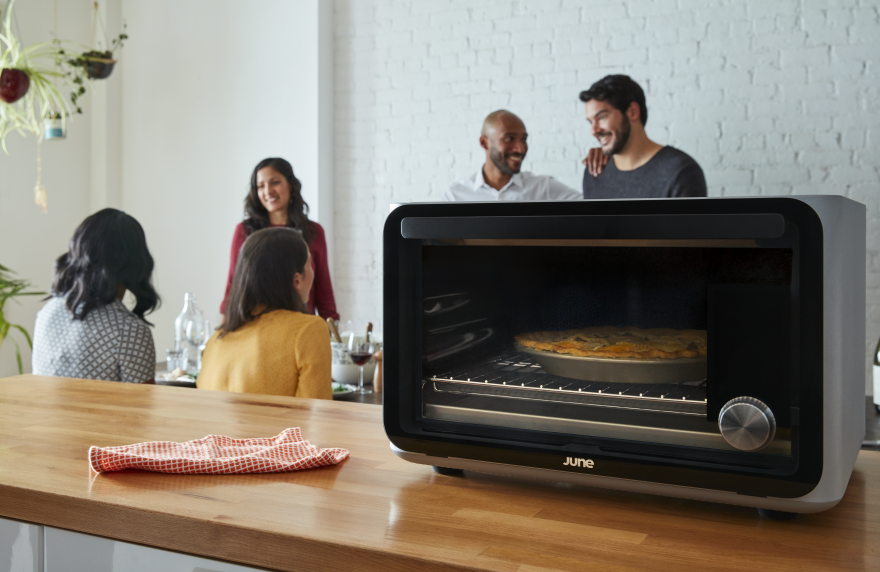 My main question: Is the market (new apartment buildings, families remodeling their kitchens, etc.) ready and/or able to move on from the standard oven and switch to June?

One scenario June would likely thrive in is in a college affiliated housing situation—college affiliated housing developers are starting to go all out with their apartment buildings. I could see certain universities purchasing Junes in bulk instead of full or convection ovens to save space and accommodate lazy students—setting off smoke alarms, ruining appliances paid for by the university, etc. June could save them money in the long run—it'd be hard to break an oven that cooks for you and remains cool to the touch.

Small concerns aside, June's concept is very promising and opens the door for exciting future options. June doesn't take away the fun in cooking at all, she just expedites and—in most cases—improves the results. The only thing June doesn't do? Prep your food for you. But that's what we have drones for.

How could you see June fitting into your kitchen routine?

You can now reserve your June oven here. If you do, please fill me in on your experience—I'm curious to see how it/she works IRL.

Will June the Intelligent Oven Ease Stress in the Kitchen?