The Hyperloop Won't Just Be Station-to-Station, but Door-to-Door

Bjarke Ingels Group is providing design muscle on the project, and they've got some fascinating ideas

To explain: Hyperloop One, which signed a deal with the Dubai Roads and Transport Authority, has BIG providing the design muscle. The collaboration has yielded the idea that self-driving Hyperpods could pick passengers up anywhere in the city, like an Uber. These six-person-capacity Hyperpods would then drive to the Hyperportal and load itself onto a Transport Capsule, the actual thing that shoots through the Hyperloop tube. At the other end, the 'pod exits the Transport Capsule and drives the passengers to their destination.

In essence, this means there is no hanging around at the station waiting for your train to arrive; the Transport Capsules leave on demand. For this reason they're not even calling them "stations," but "Hyperportals." As Ingels explains:

"With Hyperloop One we have given form to a mobility ecosystem of pods and portals, where the waiting hall has vanished along with waiting itself. Hyperloop One combines collective commuting with individual freedom at near supersonic speed. We are heading for a future where our mental map of the city is completely reconfigured, as our habitual understanding of distance and proximity – time and space – is warped by this virgin form of travel." 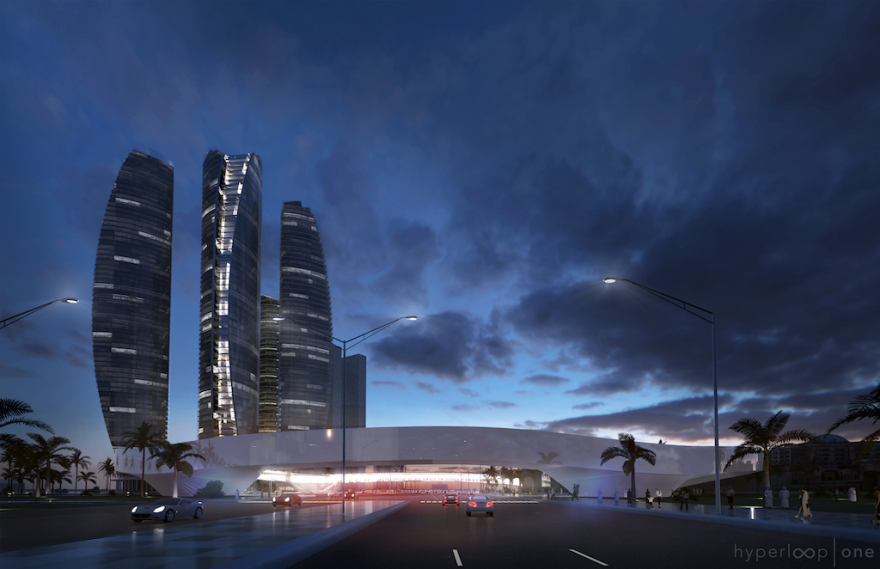 "The ring shaped portal spans over its busy intersection at three locations. Three massive cores offer access from the Corniche Road level and allow the structure to suspend column-free from one side of the street to the other, allowing for the free flow of traffic beneath." 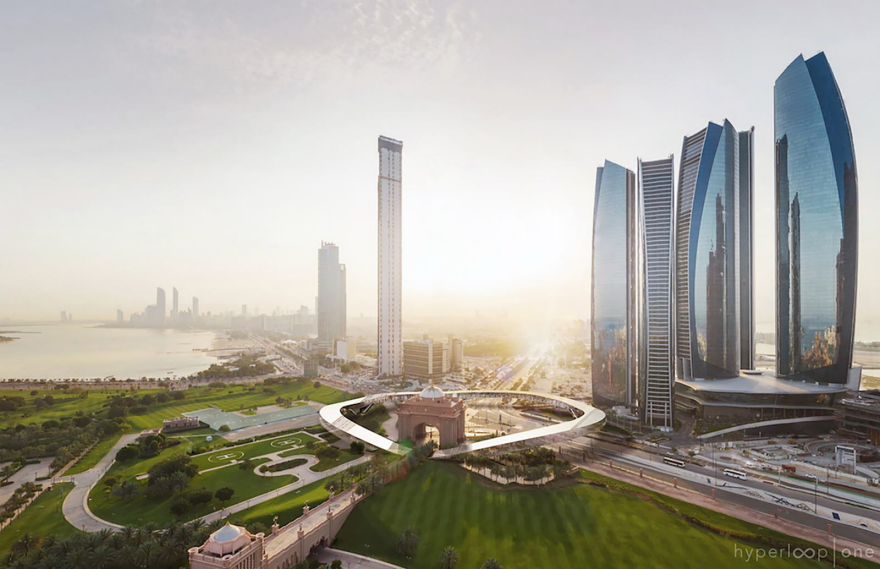 "The Etihad Towers Portal is, in essence, a gigantic pedestrian bridge wrapping over and around the busy intersection between Abu Dhabi's landmark and the Emirates Palace hotel. Its loop-like shape is a literal extension of the transport tube that emerges from a tunnel beneath the city." 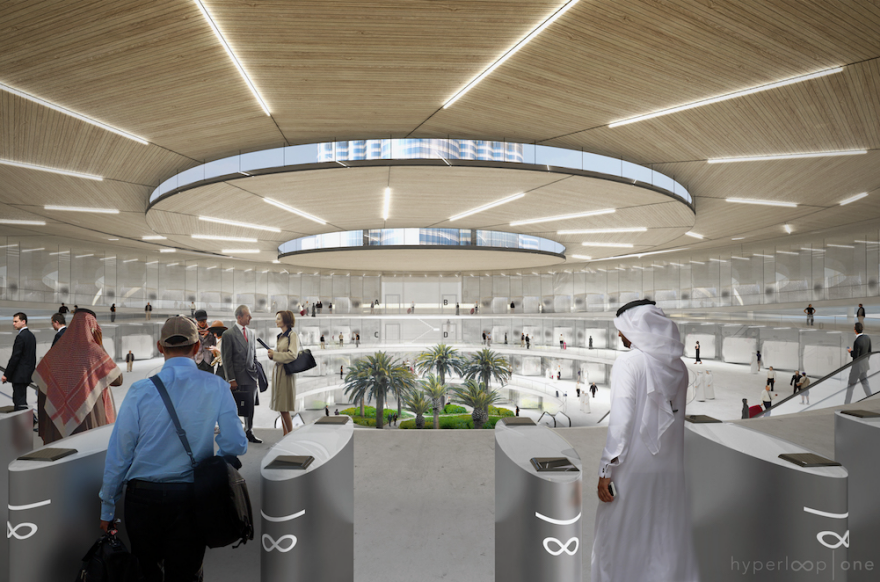 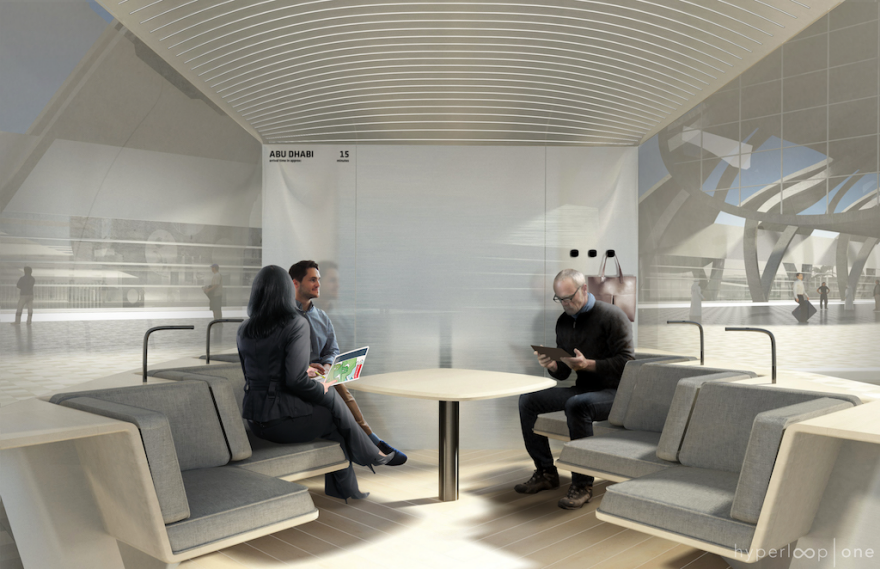 "The 'Group' configuration allows small teams to interact and even work during the Hyperloop trip. The herringbone bench angles the passengers slightly in the direction of travel during acceleration phases, but allows them to turn around and socially engage when required." 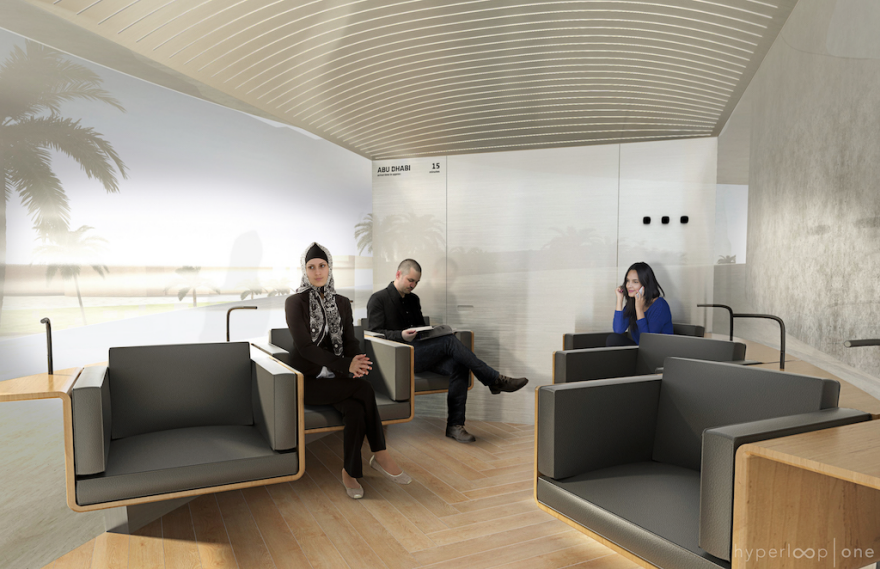 "The 'Lounge' pod provides a comfortable environment for people traveling alone. The angle of the seats creates privacy without compartmentalizing the space. Black leather and bent wood create a simple and elegant feel for the interior."

The plan is for the Hyperloop to whisk passengers from Dubai to Abu Dhabi—ordinarily a two-hour drive—in just twelve minutes. 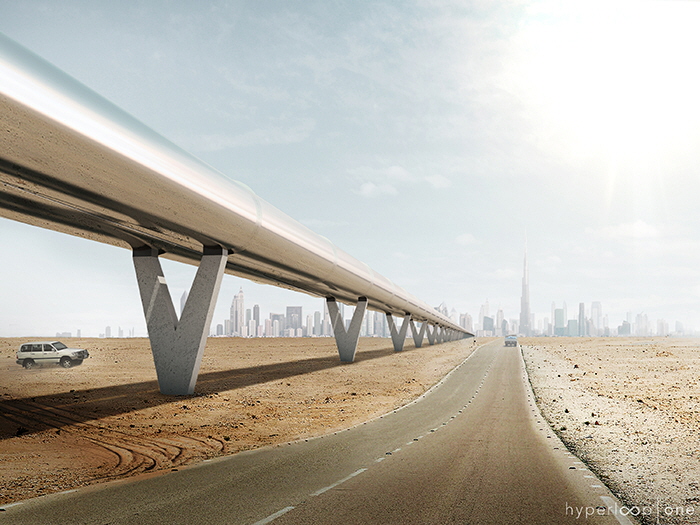 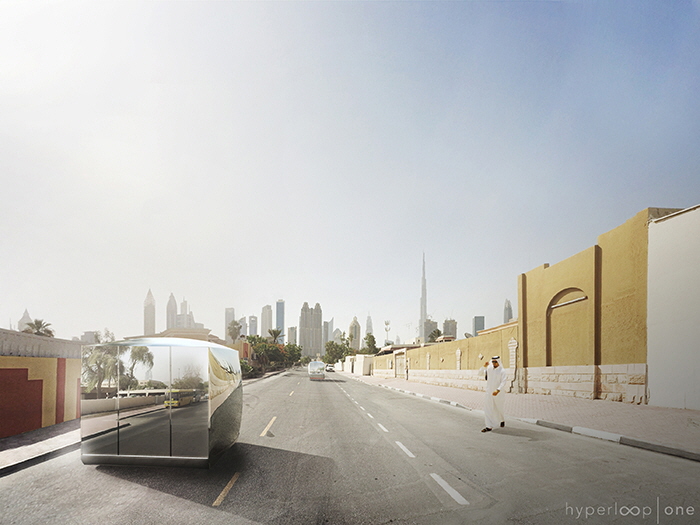 You can learn more about the project here.

The Hyperloop Won't Just Be Station-to-Station, but Door-to-Door