Alex Proba's new rugs started as an ambiguous graphic design project over three years ago, under the name A Poster a Day. In that first launch, she aimed to create a year's worth of graphic and collage projects, made after work hours as a personal challenge. Her projects took on more personal and narrative turns in the following several years, translating true stories into visual constructions. 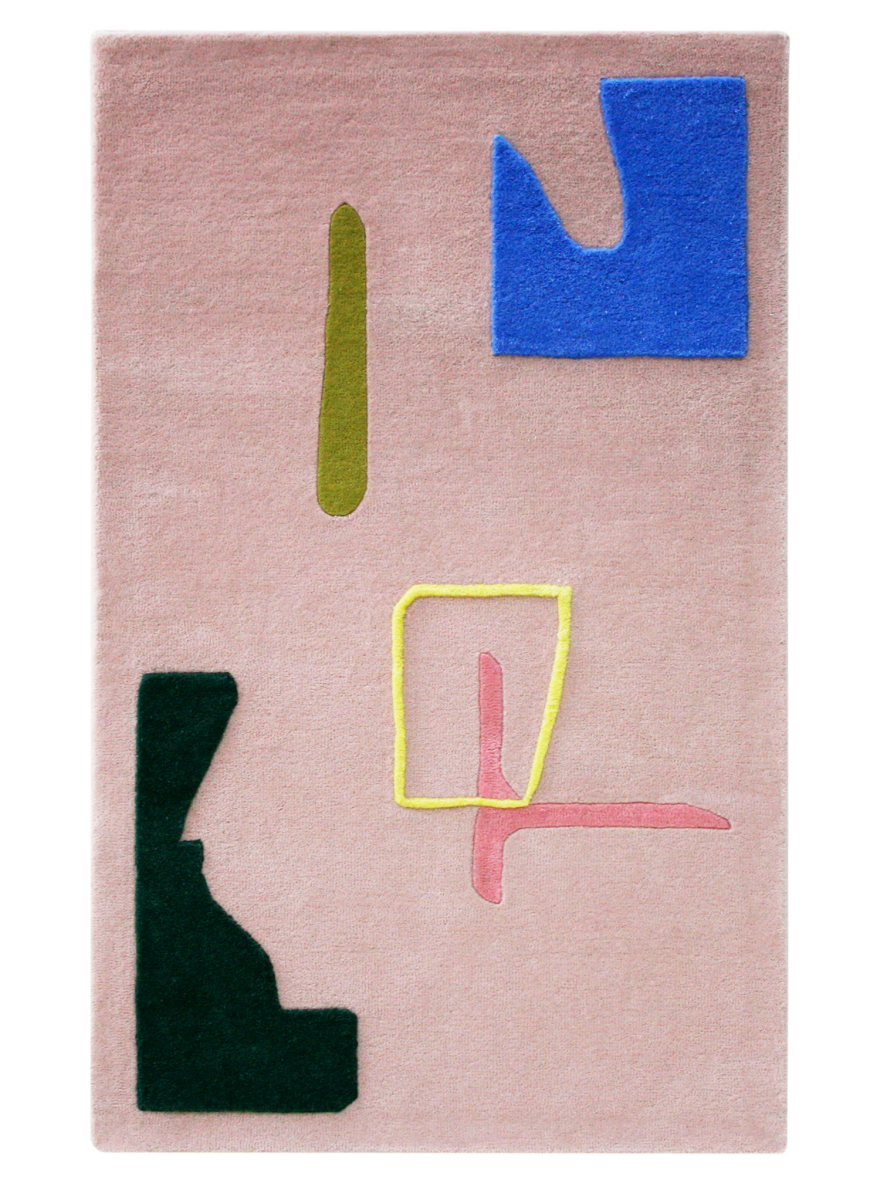 Now she's putting the series to rest with four years of surprising and inventive posters under her belt, but not without a new look at the work she produced. The posters produced included some beautiful arrangements and inviting work with color, and she wisely realized that many would work well if taken off the wall and onto the floor. 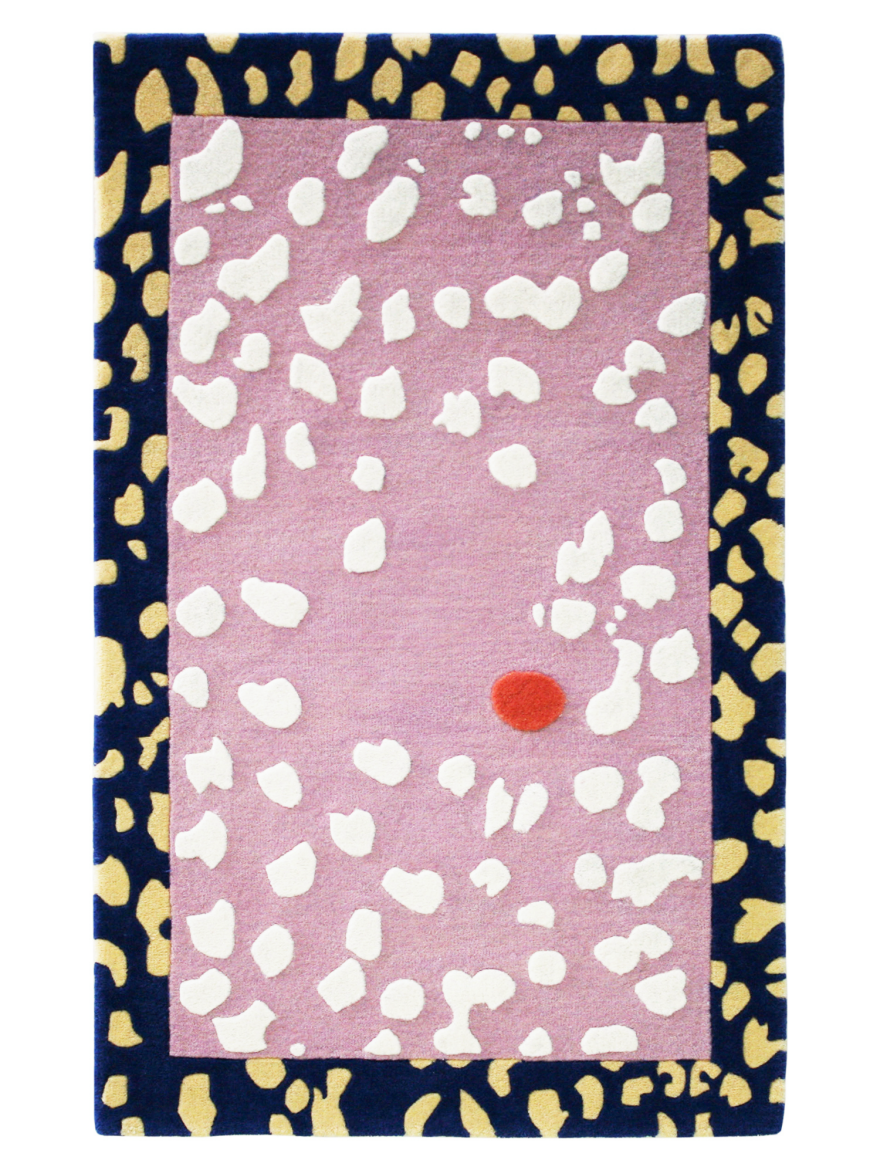 This week, she launched eight rugs drawn from select daily posters. Each combines her modern style and an additionally fun eye for texture, with raised forms and different weaving patterns suggesting a slightly interactive surface.

It sounds like she's open to interpreting other posters from her collection into textiles, so if the offerings in her rug shop don't have that one you crave, you may be able to work out a custom option. I'd feel a little bad walking on these, but after you run out of wall space for posters maybe this is the only option? 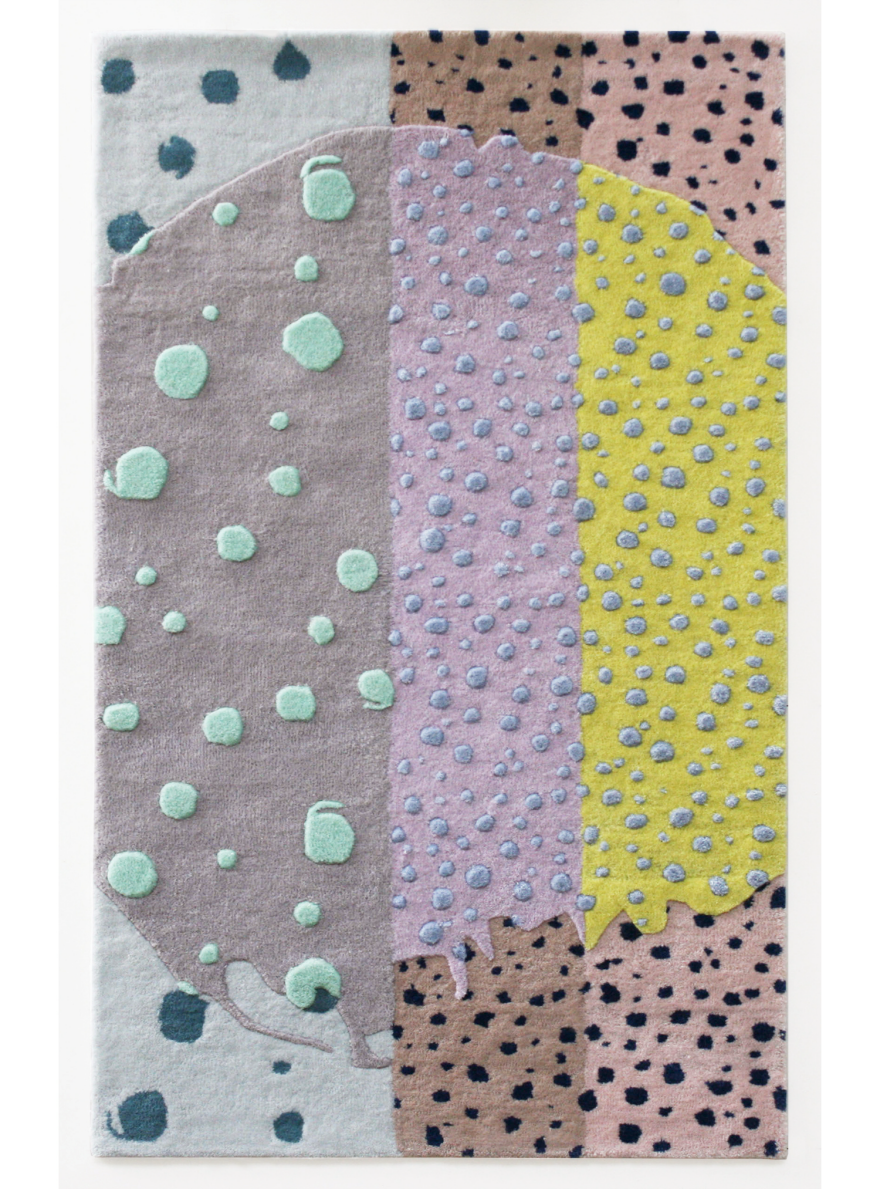