A look at the table's design process from inspiration to prototype

3D printing was initially used as a method of building prototype parts, but it has now become a more popular fabrication method used to create final stages of products, ranging from medical and dental implants to jet engine parts. In the near future, many products will be produced entirely by 3D printers. Needless to say, 3D printing manufacturing technology is extremely close to becoming commercially viable and ubiquitous throughout the design industry as a whole. 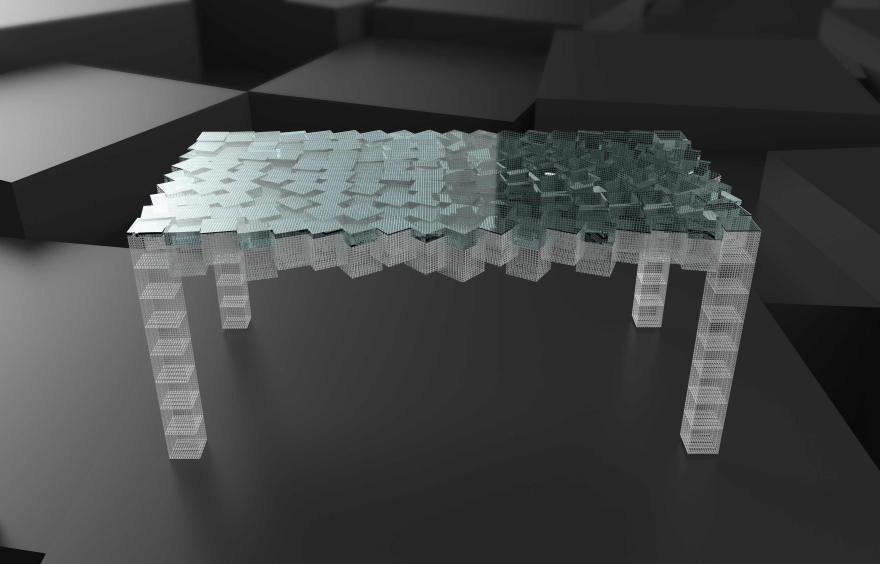 Based on the desire to explore new aesthetics that will be possible using 3D printing as a manufacturing process, LUNAR designers, Jeff Smith and Gerard Furbershaw, created The Entropy Table. The Entropy Table was conceived around a basic unit of order, the cube. The columns that form the legs and top corners are orderly stacks that transform to a chaotic jumble within the table. 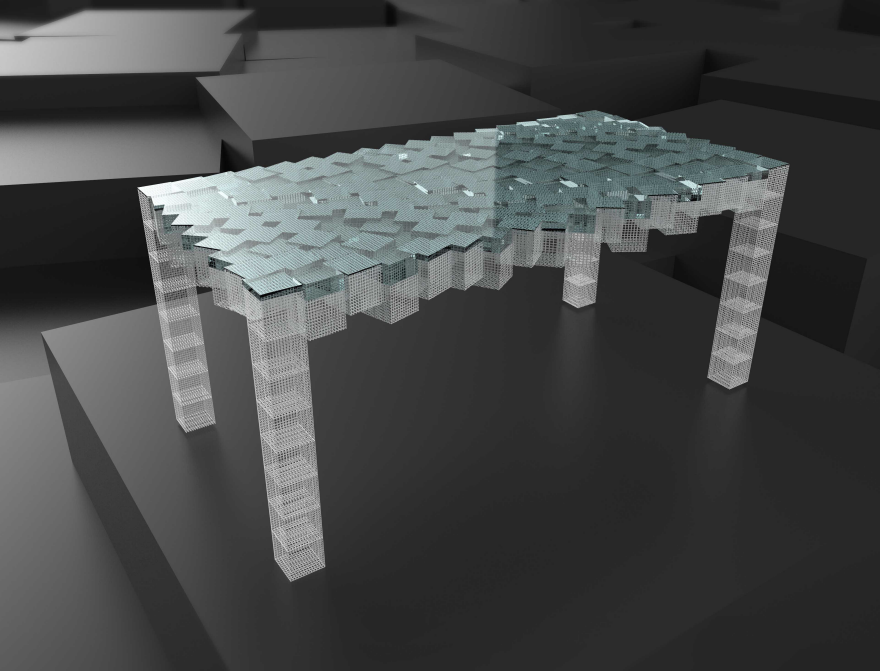 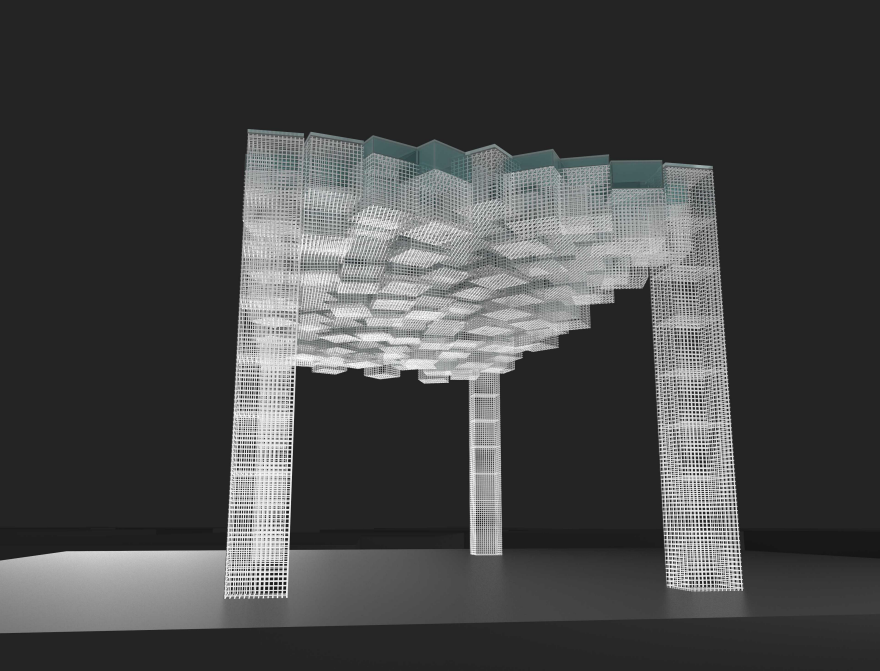 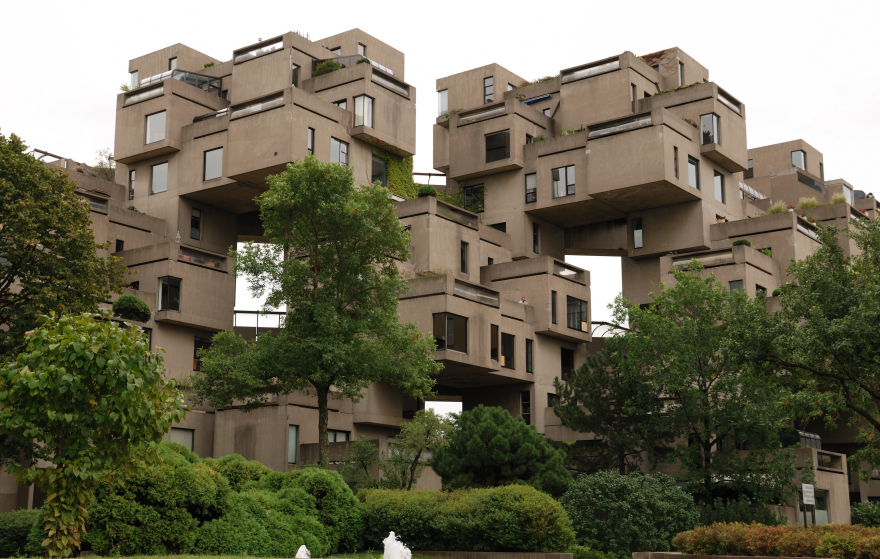 The design duo's initial design concepts revolved around bridges and other structural designs and then later evolved into modular architectural designs inspired by Moshe Safdie's Habitat's 67 and repurposed shipping containers used for housing.

In addition to architectural designs, Smith and Furbershaw were inspired by some of the compelling work that is already being done with 3D printing in the fields of architecture, product design and civil engineering. 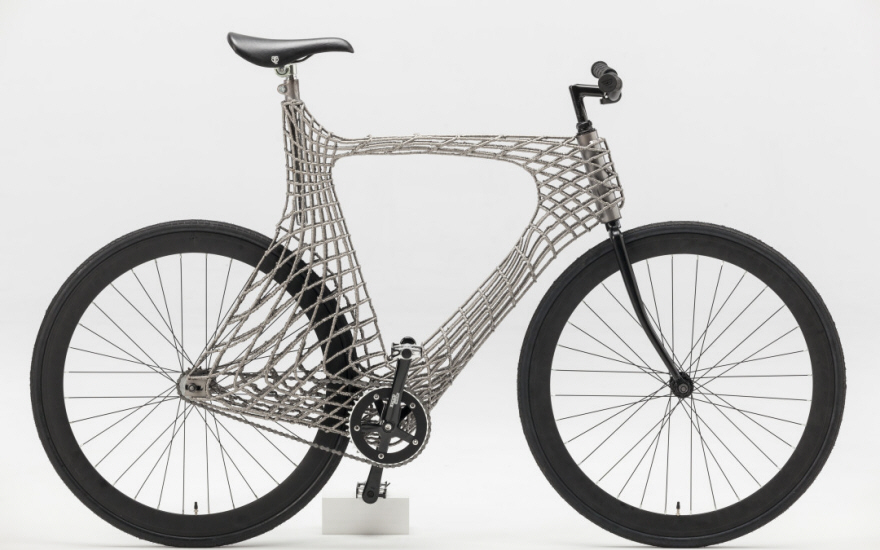 One of their major sources of inspiration was the Arc Bicycle, a bicycle frame fabricated with Wire and Arc Additive Manufacturing (WAAM) by students at he Delft University of Technology. WAAM will also be used to create a 3D printed steel pedestrian bridge that will cross one of Amsterdam's canals. The bridge will be built by two steel 3D printing robots that will start from opposing sides of the canal and build the structure until they meet in the center. 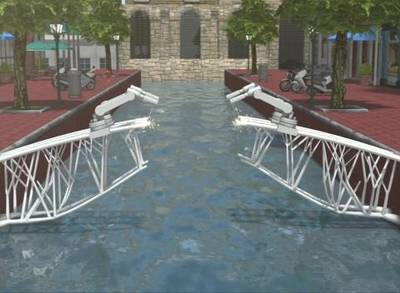 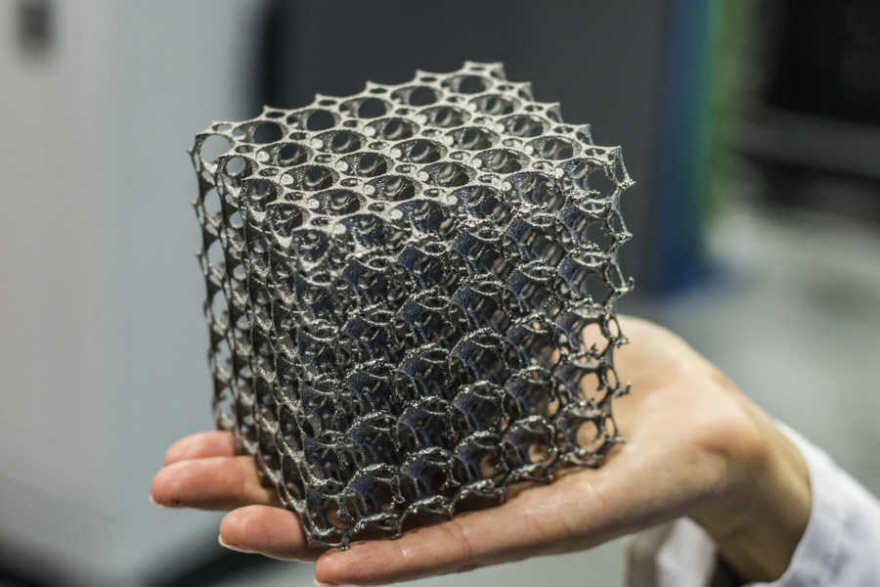 The potential of creating lattice structures through Selective Laser Melting (SLM) also resonated with the design duo. SLM can be used to fabricate an open structure that would be very difficult—if not impossible—to create with any other manufacturing process.

Smith and Furbershaw sought to explore how the use of 3D printing as an emerging manufacturing technology can enable designers to create and manufacture aesthetic solutions that have not been possible with conventional manufacturing processes. As part of this exploration, they chose to design a fairly large product: a table. Due it's rich history, the table furniture category was a good test to see if a new compelling aesthetic could be created based upon 3D printing technology. 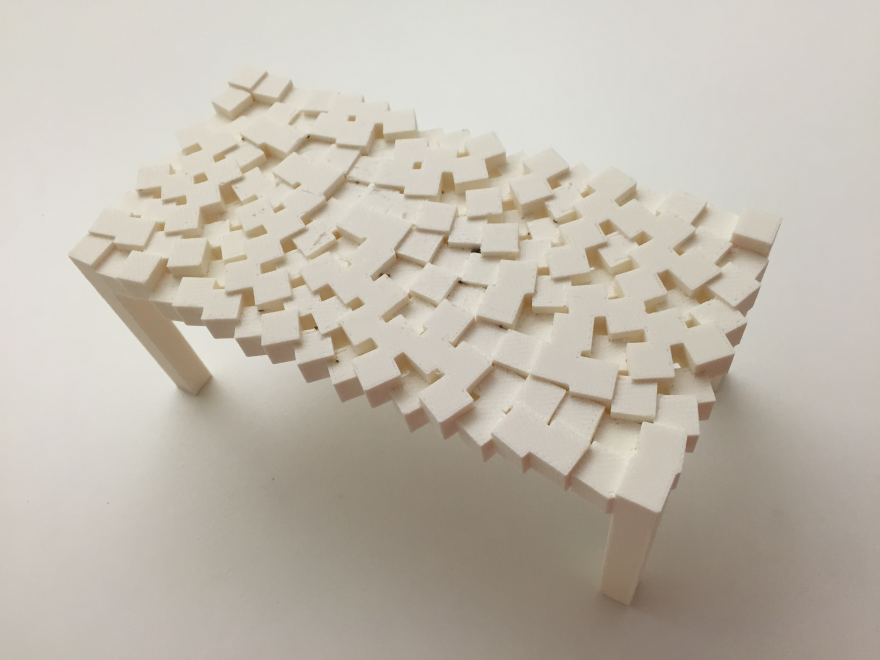 A 3D printed model of the metal part of the table (solid approach, not grid). The model is about 8" long. 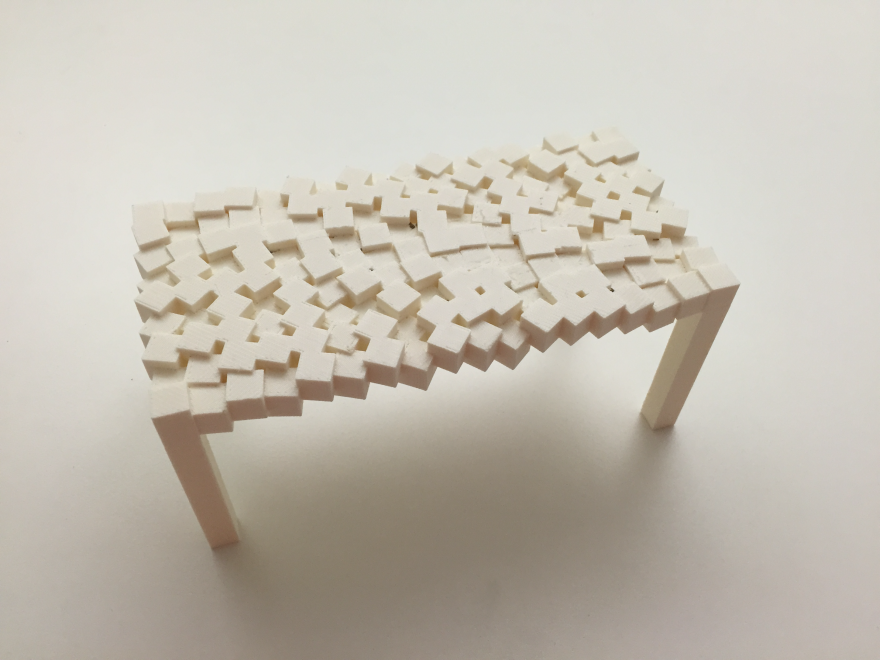 The Entropy Table's design revolves around the manipulation of cubes. A cube is the epitome of order—their equal X, Y, and Z dimensions make them somewhat like a Cartesian building block. The table's four legs are constructed of cubes stacked on top of each other, all the way up to the table's top surface. The Cartesian order occurs only in the four corners of the table.

Cubes within the four legs are rotated at different angles and placed at different heights to transform into a chaotic jumble that, like the definition of entropy, lacks order or predictability. The six walls of each cube in the table are formed by a 3D printed stainless steel square grid. 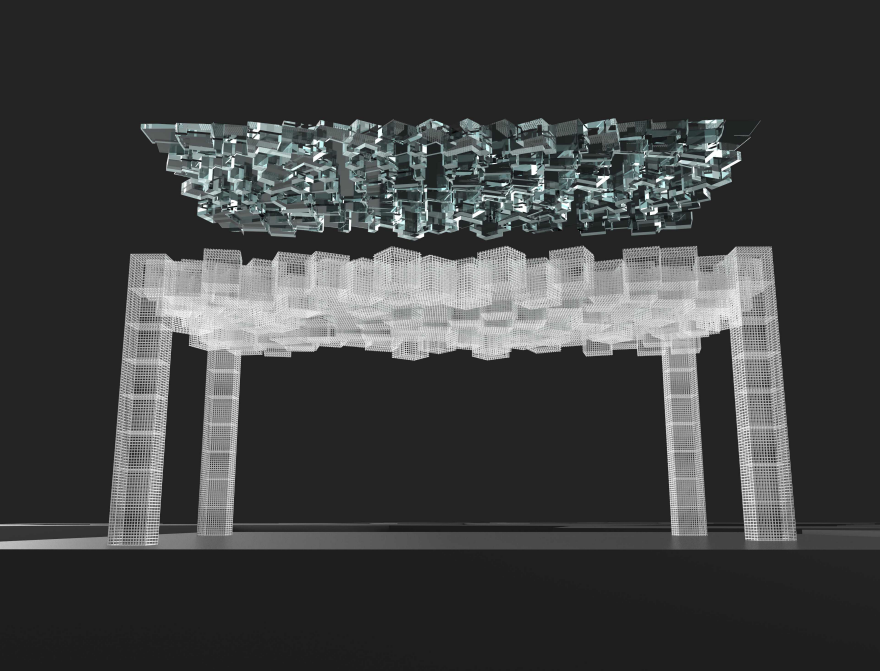 An illusion is created through the combination of the different angle rotations and height placements of the stainless steel square grid walls and the clear polycarbonate volumes. This results in a transparency that appears chaotic and visually contradicts the flat functional surface that is actually there.

The Entropy Table is still in prototype phase, but we're hoping it comes to life soon.