Suz Somersall is using her platform as a change agent to empower new generations of women in engineering. Through her national education initiative, KiraKira, Somersall leverages the educational pedagogy of Science, Tech, Engineering, Arts and Math (STEAM) to chart a path toward greater gender inclusivity in the field, using 3D modeling to leverage girls' creative curiosity. 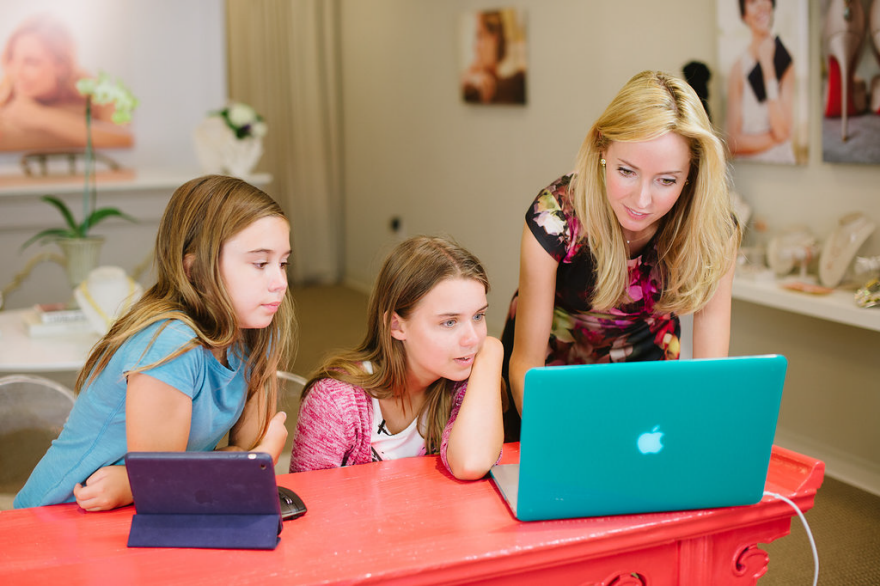 Despite some improvement in the past decade, women remain dramatically under-represented in engineering fields. According to statistics provided by the National Science Foundation, women constitute only about 12% of engineering professionals. That's about 200,000 women in a field of 1.6 million engineers, with the most striking areas of under-representation in mechanical, civil, chemical, and aerospace engineering.

While the numbers demonstrate the disparities, they don't indicate the two principal challenges: the obstacles to success for women in engineering and how we get people to care about them.

At a time when many have expressed concern about the future of the economy, KiraKira is positioning women to take an active role in shaping what industry looks like for generations to come. Perhaps the greatest asset the economy can harness is a more diverse cross-section of perspectives devoted to solving current challenges in energy, housing, infrastructure, transportation, space exploration, and climate change.

"Giving girls the power to see what's happening in the world and to respond to it as engineers, they have the potential to change how we envision and create things in the future," says Somersall.

It is in this landscape that Somersall sees an opportunity to leverage her insights into what motivates many girls: the power of creativity. Many girls show aptitude and interest in engineering at a young age only to reject advanced degree programs and careers in the field. 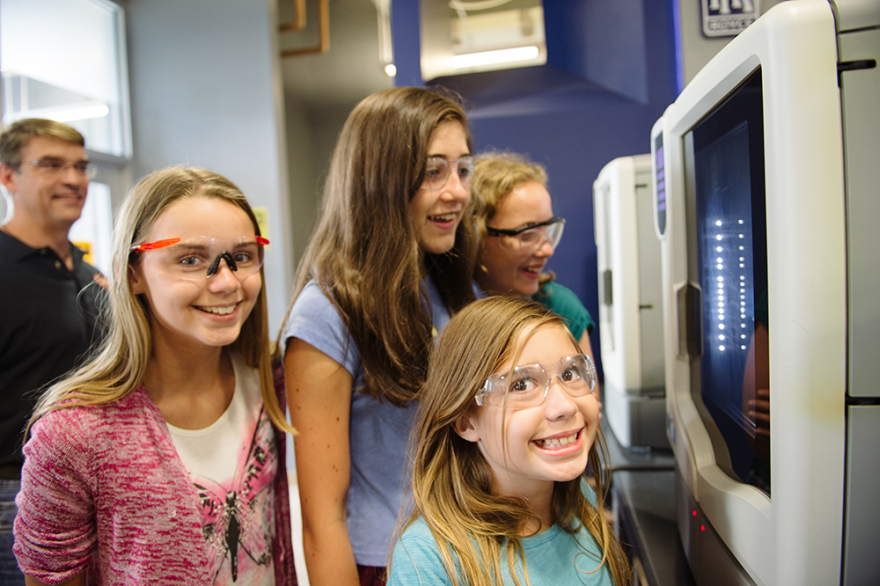 Reflecting on her own path, Somersall recalls how her early enthusiasm was almost thwarted by the traditional science pedagogy. "When I was in middle school, I loved math and science. I played Final Fantasy, was into video games, loved building things: forts, tools, gifts for my friends. I was definitely a maker," says Somersall. Soon after entering college, however, her enthusiasm waned. "The passion I had for science didn't resonate when I saw what the engineering classes offered. It seemed to resonate more when I saw the design and art classes."

She turned to art and design, attending the Rhode Island School of Design to learn jewelry design. It was there that she was introduced to creative building tools like Autodesk's 3D modeling programs.

"I realized that these engineering tools were going to let me be creative and have the fun that I wanted to have," she says. "That's kind of where I'm hoping we can bring some of that blending of engineering and art and introduce that to kids at an earlier age."

KiraKira offers engineering education to middle schools and high schools around the country. In-person classes are offered in the San Francisco Bay Area and New York, while the online learning platform makes it possible for students anywhere to learn engineering skills, free of charge. Additionally, KiraKira will 3D print students' creations and send them through the mail. "As long as you have a computer with Internet access, you can do it," Somersall says.

Somersall conceived the KiraKira program as a way to teach tangible skills as well as to inspire students. In-person classes are led by female engineers and designers, while online, students can watch interviews with successful architects, or participate in a fashion design class, learning how to make a dress with 3D modeling software. Game design, jewelry design, animation, architecture: whatever the student's interests, there are classes that cover them, beginning with nurturing their creativity and building the skills from there.

More than 10,000 girls have passed through the KiraKira program since launch - a number set to increase exponentially. In addition to her work with school age girls, Somersall launched a program with the Women's Prison Association to help incarcerated women build new skills they can leverage when they re-enter their communities. For many of the women, KiraKira provides a life-changing opportunity to change the course of their futures and the future of their families.

Somersall sees the greatest reward in the innovative designs her students create, which she says inspires her daily. "I get e-mails every day showing the 3D models our students are creating. It's the highlight of my day when I see their incredible designs," she says. 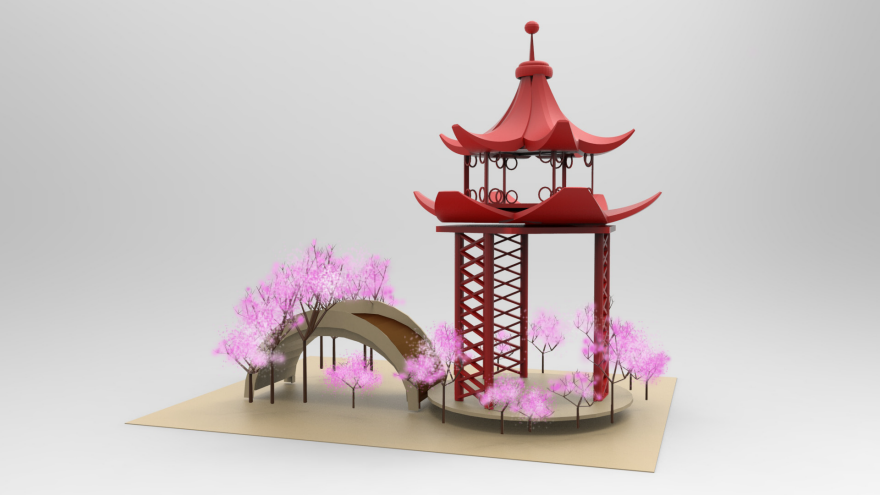 A student design rendered through KiraKira

Teaching with Autodesk tools makes it easy to customize learning for different ages and skill sets.

"Tinkercad is incredible because of how intuitive it is for first-time users. It's basically taking building blocks and creating objects. It's also very fail-proof. The way that the program's built, it really encourages students to have fun and not have fear of their designs not working or not being printable," she says.

For more advanced students, Fusion 360 gives them a more sophisticated, robust platform for exploring ideas. "Some deeper learning has to happen there, but it's a great introduction to the gateway of more sophisticated design that can happen within 3D modeling," says Somersall. 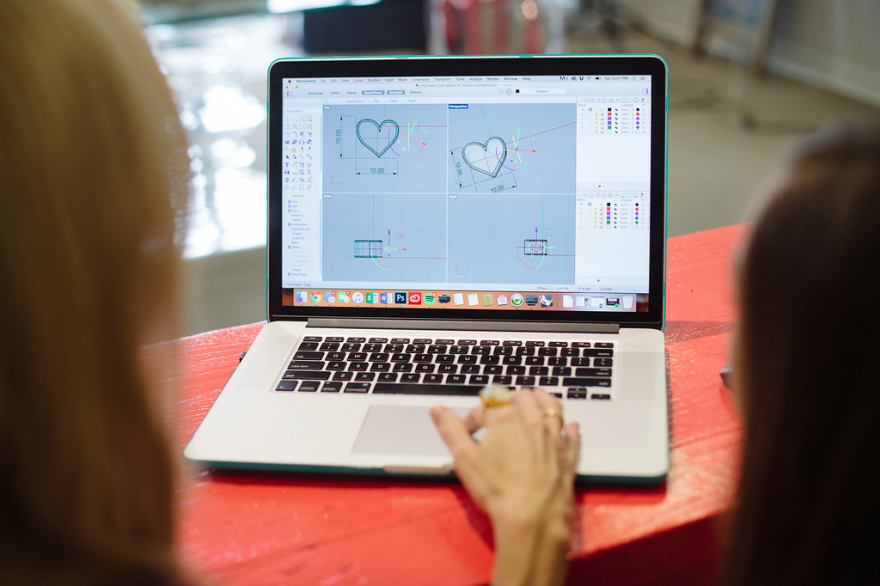 Adds Liz Nugent, Autodesk Education Brand Manager: "Suz has an undeniable gift for exciting a group of students to learn technical skills while designing fun and timely projects; the support we see young women providing other young women is amazing."

Mentorship relationships are founded on a culture of connection. KiraKira leverages the intimacy of the mentorship relationship – which traditionally fell to parents who would pass along traditional skills to their sons and daughters – through their ever-expanding learning network. KiraKira is not only building engineers, it's building the next generation of mentors who will serve as role models for years to come. Wherever tinkering happens, whether it's in the sewing room, the garage, or in front of a computer, the community is forging connections that may last a lifetime.

Somersall invites adults to encourage the young women in their lives to join the KiraKira community. "We encourage students, parents, and people in general to reconsider their notions of what's possible and think about how their child's interests can intersect with engineering," says Somersall. "As long as you have the passion and you can strike a chord, then the learning will happen."