The Sad State of SAD Lamps

And 3 bright concepts you might actually want in the house

Are you sad? Tired? Dry and blotchy... emotionally? If you don't live in a sauna-competent culture and do live in a dark place, winter can be grueling and depressing. Vitamin D and exercise only do so much, but the SAD lamps on offer aren't much to cheer about.

The last few years have seen building consensus that exposure to higher light levels can alleviate symptoms of Seasonal Affective Disorder and depression. The prescribed clinical plasticky blue and white lamps are easy to find in lighting shops and all over Amazon, as small or big or clock-radio equipped as you'd like. But nearly none look good enough to display. Maybe it's universal schadenfreude, since artists and designers suffer at a slightly elevated rate, and women at almost double the rate of men. Or maybe it's still a cultural blind spot since, like most accessibility design, depression isn't fun to talk about and it's not a pressing issue until it's your issue.

So here are three designers' visions for a SAD lamp that would bring warmth to your brain and less embarrassing design to your home. It's worth noting that NONE of these are in production, so maybe take a note and think of the cornered market... 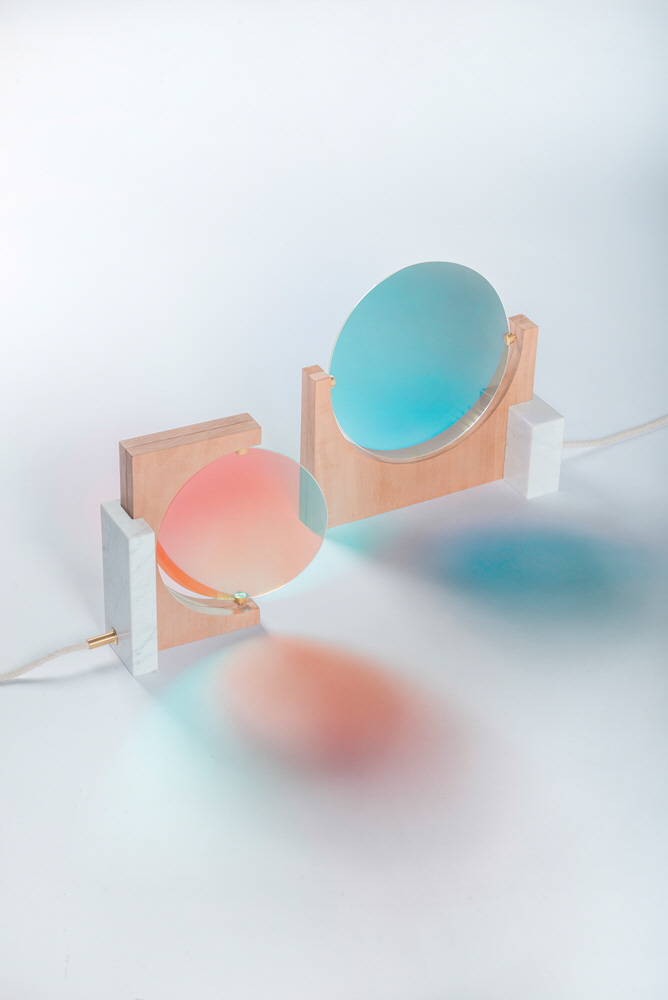 The designiest of all is the Day and Night Light by Éleonore Delisse. This pair of lamps casts tones of blue in the morning, and shift to warm oranges and reds in the evening. The underlying concept is that our emotional sensitivity to color is an overlooked component in the effort to get as much light as possible. That said, the medical benefits alluded to in most of its copy and coverage are really only proven with full spectrum lights that emit ~10,000 lux. Maybe someday we'll get a second edition with more power, or maybe someone should just take a more health-minded hint from its award winning form. 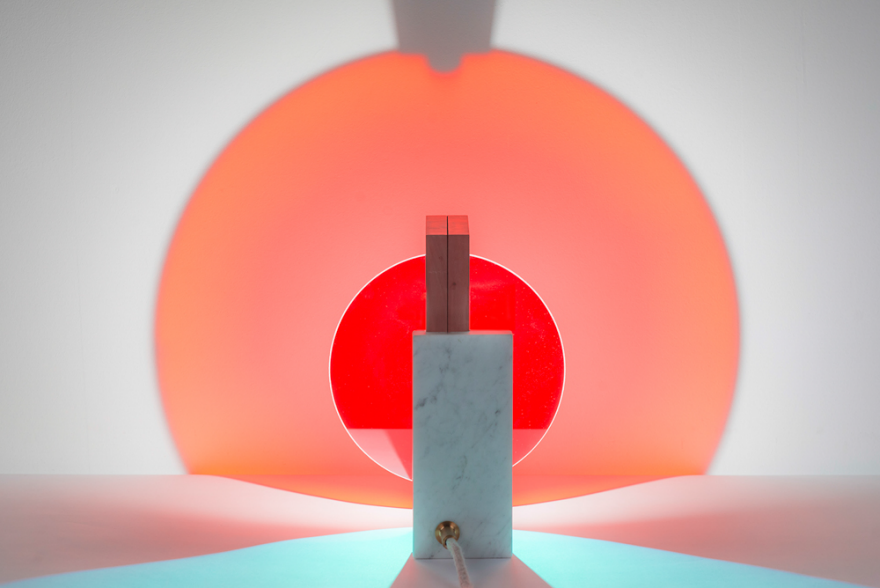 Next is the SOL lamp concept by Jeanett Madsen, which I voted 'Most Likely to Succeed.' And like most high school yearbook darlings I can't really tell what happened to it. The SOL pays a good deal more lip service to the mechanics of light therapy, as well as how people use therapy lights in their real lives. Most solutions require sitting in front of a large stationary light, using a battery powered portable lamp, or wearing pretty nutty glasses.

SOL takes the shape of a clean and attractive desk lamp with variable lux output, allowing it to function as a traditional lamp as well. The head can also be removed and propped up for portable use, using conductive charging. While the tech makes a lot of leaps, Madsen's design address the physical and functional limitations of fixed lamps, as well as the inefficiency and low lux output of smaller options. 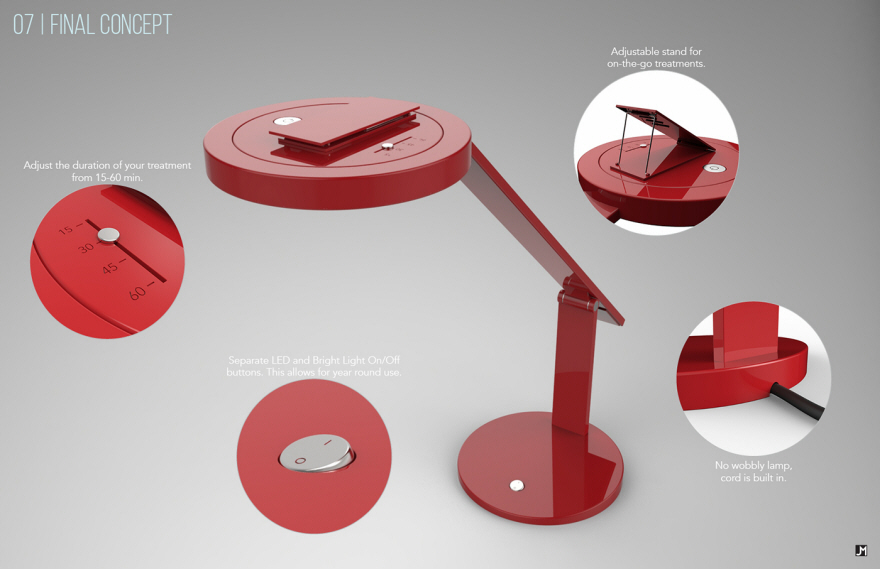 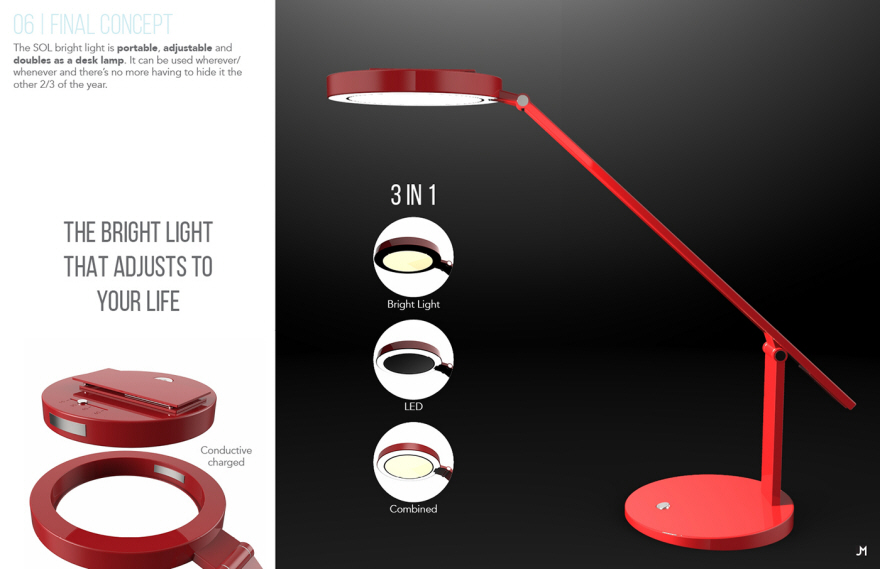 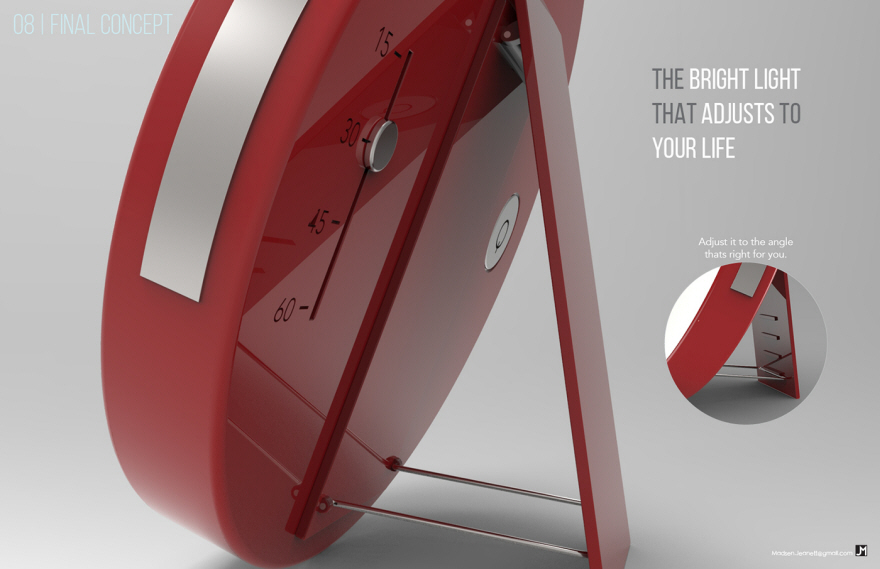 Last up is the subtly named Seasonal Affective Disorder (SAD) Treatment Light, by Colin Williams. This concept gets an honorable mention because SAD lamps at heart are pretty much a bunch of LEDs, but few manage to show it with visual cohesion or cleanliness. Instead of a bulky lightbox shaped like an iMac G3, this frosted tube leans toward contemporary industrial inspired lighting.

The project additionally paired an app for controlling wake-up functions, adjusting color, and tracking mood. The cord is a bit unresolved, and permanent lighting in the SAD-beneficial spectrum might not work for most spaces, but the form and material choice are laudable. The suggested ability to shift spectrum and lux in sleek existing fixture would be great. 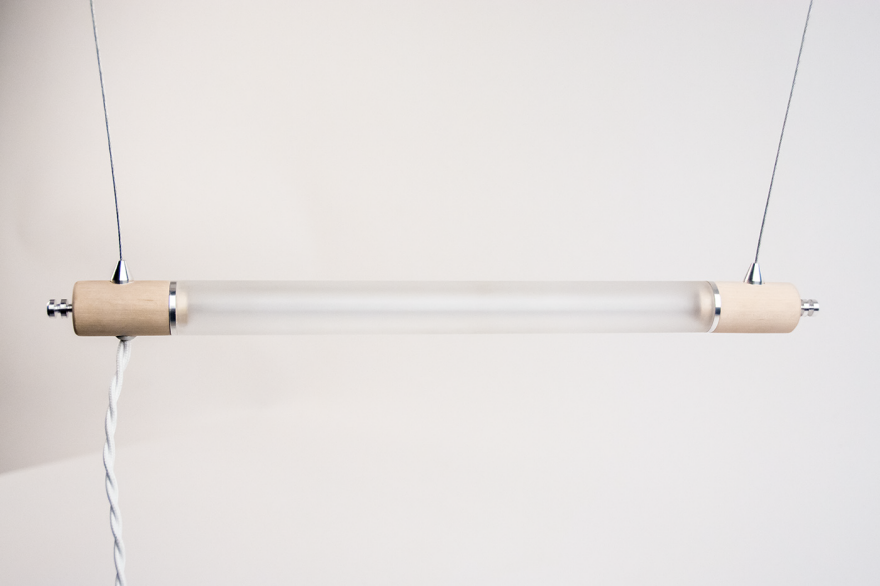 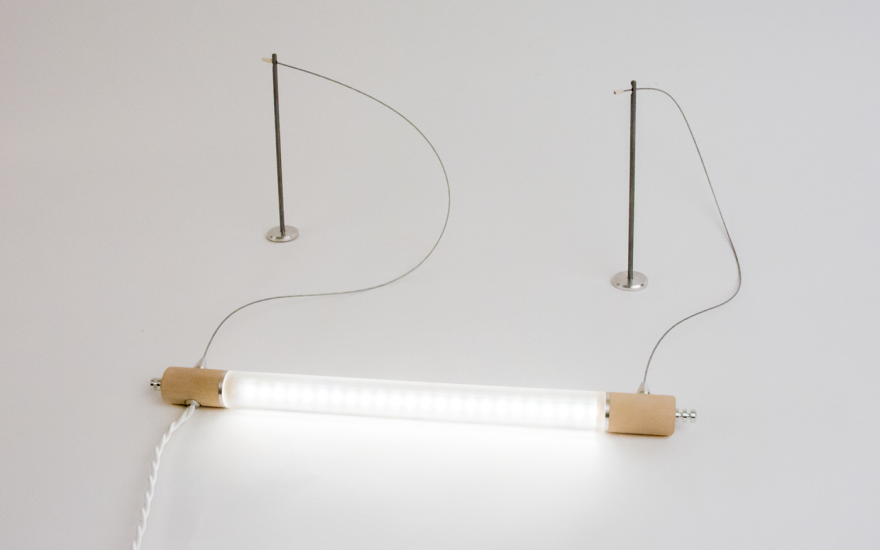 Now if you need me I'll be hunched over in the dark, sketching lamps.

The Sad State of SAD Lamps