We talk about storing data in the cloud, but Amazon is looking into storing physical goods up there. The company has filed a patent for an "Airborne fulfillment center utilizing unmanned aerial vehicles for item delivery:" In essence, the scheme is to have warehouses suspended from blimps, floating at 45,000 feet (which is higher than/out of the way of commercial flight paths) over metropolitan areas and loaded up with delivery drones. 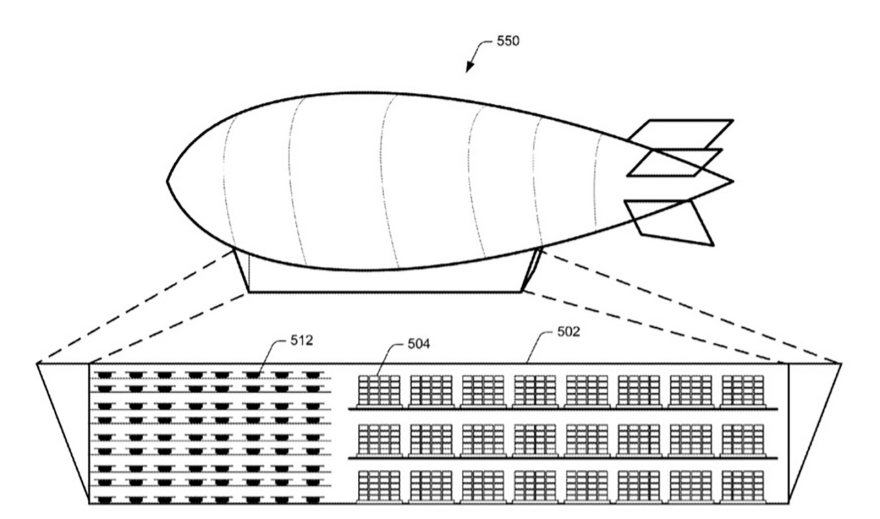 When a customer orders something, it's attached to a drone, then dropped out of the sky. 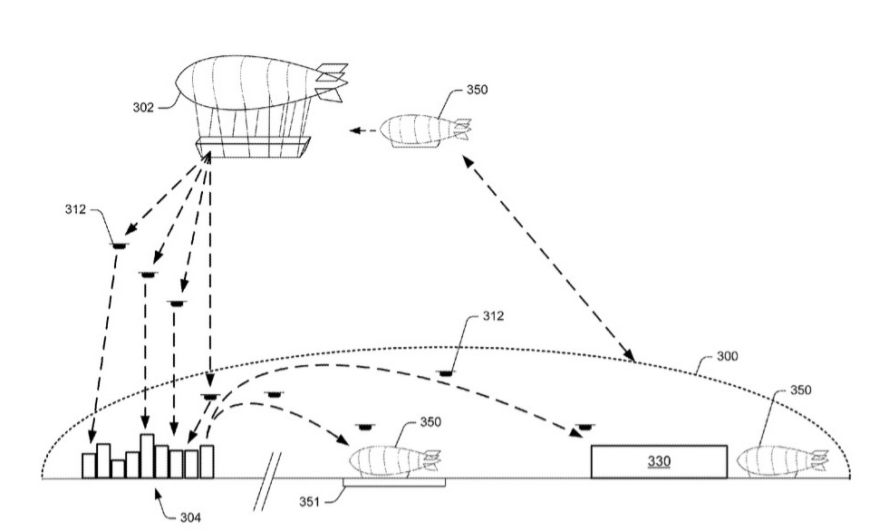 The UAV may be deployed from the AFC and descend under the forces of gravity toward a delivery location using little to no power. Only as the UAV approaches earth does it need to fully engage the UAV motors to maintain flight and complete delivery of the item.

After dropping off the package, the drone doesn't fight its way back up to 45,000 feet; Amazon reckons this would not be "an efficient use of power," so instead the drone flies off to a "replenishment shuttle." This would be a smaller airship "that is configured to transport inbound items (e.g., UAVs, inventory, workers, supplies, fuel) to the AFC and retrieve outbound items (e.g., overstock inventory, transshipments, workers, waste) from the AFC." 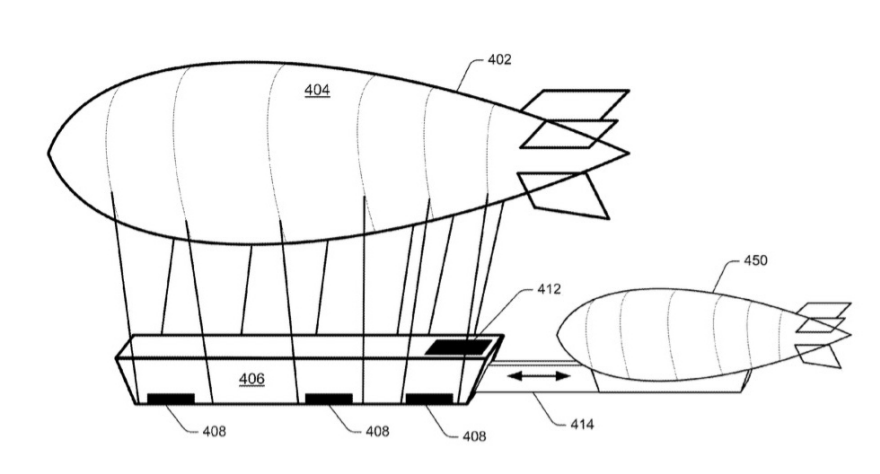 As crazy as this plan sounds, the patent filing makes a lot of good points as to why it should be implemented. The airship isn't tethered to a fixed location so can float around as needed or to avoid inclement weather. The company also envisions stocking them up over "temporal events" like football games, where they'd be loaded up with relevant product (sports paraphernalia, food products). And with the airship system, "items may be delivered within minutes of a user placing an order."

Ironic things I'd like to order from an AFC: Led Zeppelin's eponymous first album, a book on the Hindenburg disaster and of course, a drone.