Ah, January. The season for yoga class Groupons and vague promises to improve. For many, cutting down on nicotine will be on the to-do-better roster this year, and if you've ever tried to quit smoking (or hoped someone you care about would) you know the intense sensations the process can inspire. For most folks, there's a lot of irritation, anger, and complex negotiation involved, and the colorful folks at Fragmento Universo have interpreted those into visual. This sleek little concept video is titled Tabakskollegium (roughly "Tobacco Culture") lashing back. 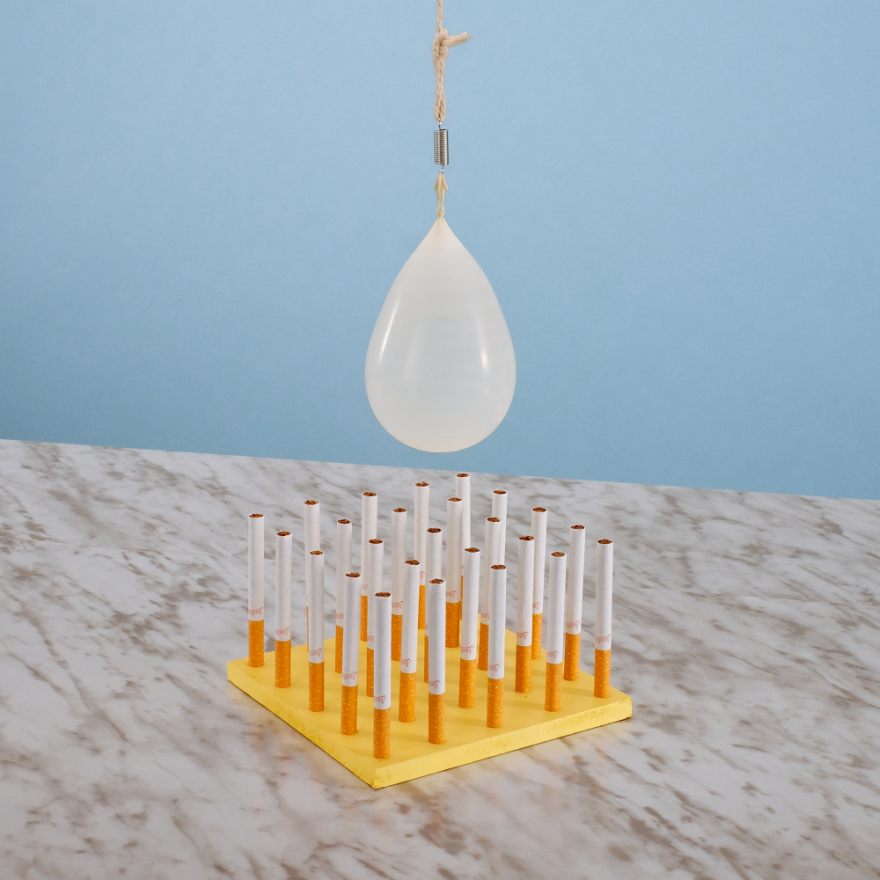 The creative studio's directors, Christian Baumgartner and Tessa Dóniga, wanted the piece to speak to the lethality of the habit. They note that smoking is the leading avoidable cause of death (though I think that might technically go to indoor wood smoke exposure). They hope the piece will ignite some retaliatory and distancing feelings around cigarettes in the real world.

I wouldn't say carting a blender or mousetraps around on the daily is a strong quitting plan, but it's a nice visual at least. More of the studio's flashy, fun and tongue in cheek projects here.