A set screw is a type of fastener designed to pass through one object to connect it to another. For example, when a gear or collar needs to be fastened to a shaft, set screws are the typical solution.

In situations where registering the gear or collar to a specific location on the shaft is desirable, a flat can be machined into the shaft, which the end of the set screw then presses against to lock it into position. 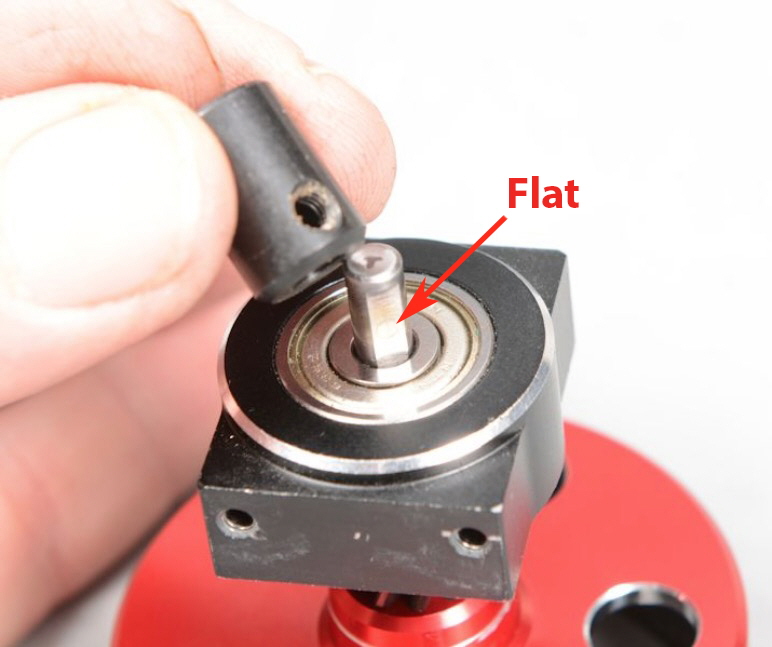 While repairing industrial sewing machines I've also come across conical depressions machined into a shaft with a corresponding conical-tipped set screw. In fact there are a variety of different head types one can choose from, depending on the application: 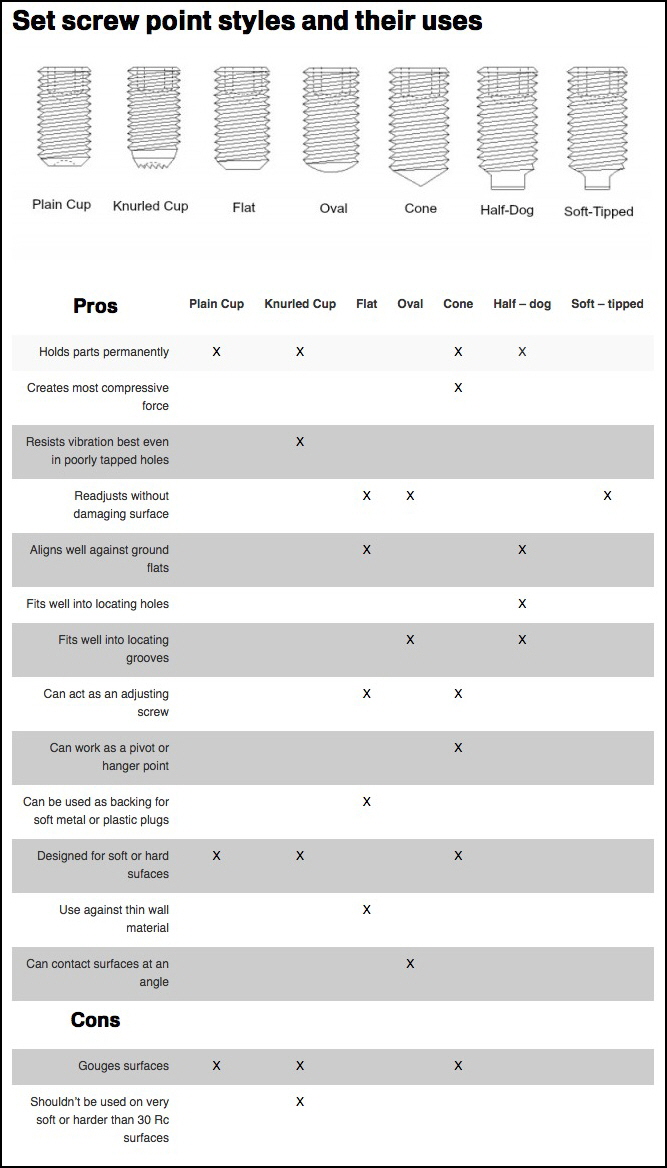 Set screws can technically have heads, as seen in this conduit fitting: 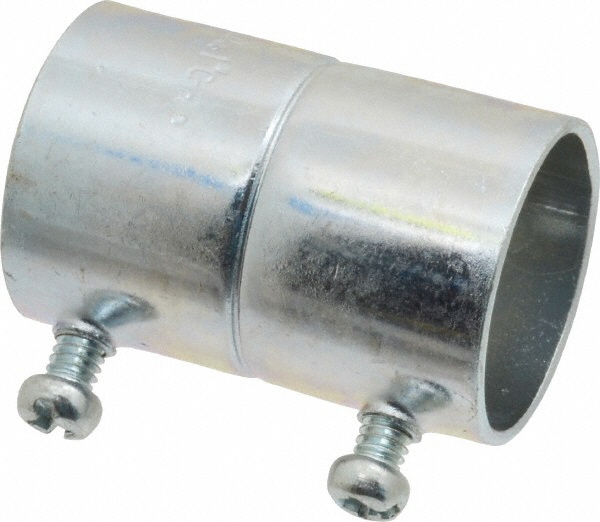 However, they most often do not have heads and consist entirely of threaded shaft. (This is probably why they're called "grub screws" in the UK, as a headless set screw can be said to resemble bug larvae.) 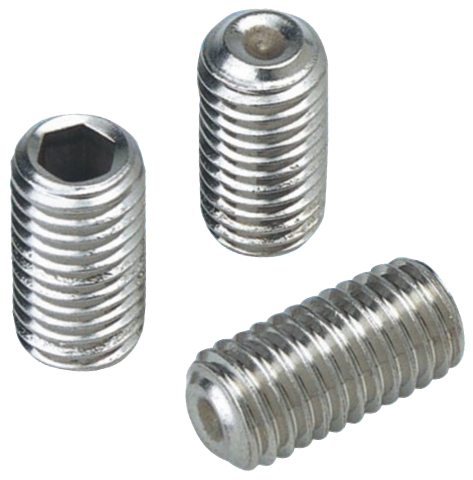 The drive types can be anything, but the most common I've seen are hexagonal or slotted.

Interestingly enough, headless set screws came to prominence as a safety measure in reaction to line shafting. In factories with all of those exposed spinning parts, a set screw with an exposed head could slice a worker's hand open or worse, snag their clothing and pull them into the machine. By ditching the head and recessing the screw entirely, this risk was eliminated. The copy for this 1913 advertisement for the "Allen Safety Set Screw" touts this: 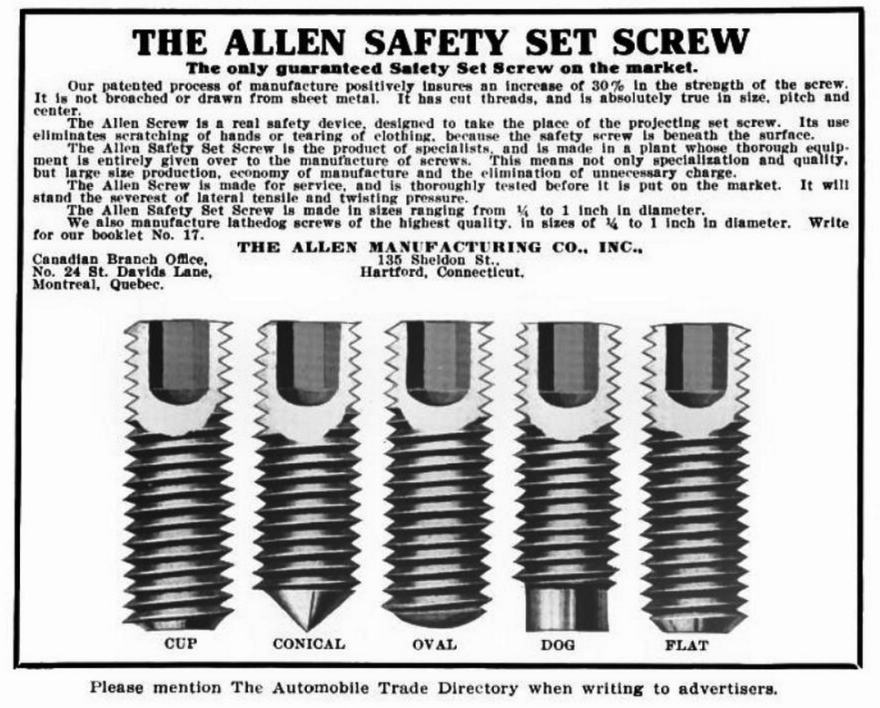 With a little outside-of-the-box thinking, you can probably think of more uses for set screws than merely affixing things. Their recessed nature makes them ideal for anti-tampering applications, particularly when manufactured with a proprietary drive system, like this hex pin incorporated by manufacturer Loss Prevention Fasteners: 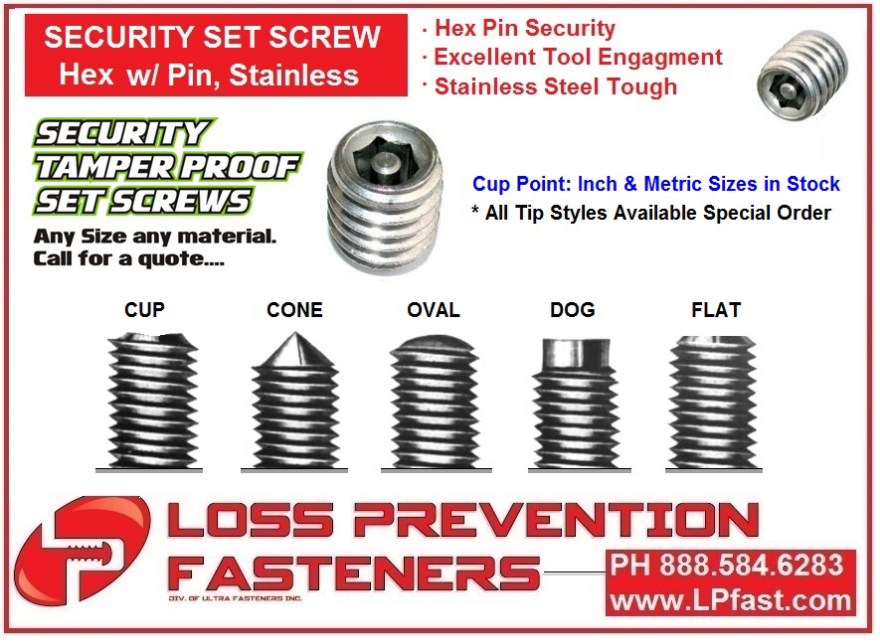 As another example, Canadian manufacturer Lee Valley tools uses set screws in some of their handplanes, not for fastening, but for adjustment. 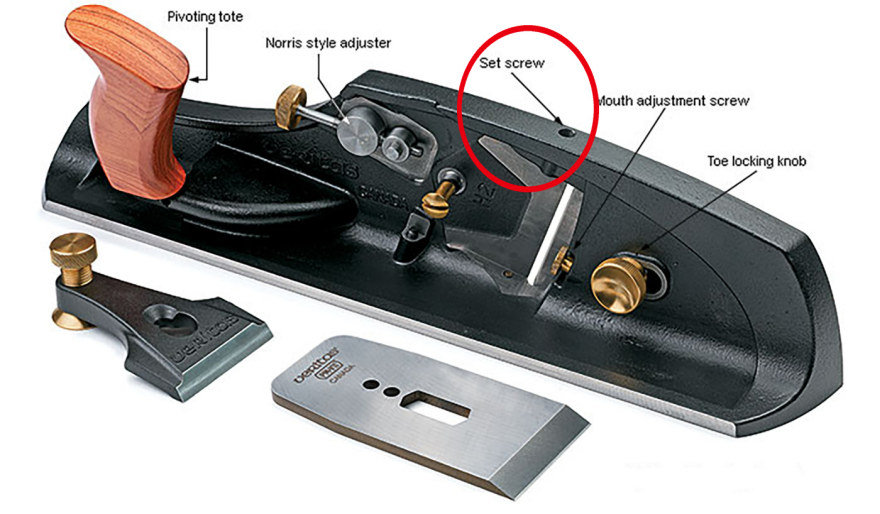 Here we see their shooting plane. There are two shafts containing set screws on either side of where the blade goes. (In this photo directly below the blade has been removed for visual clarity.) 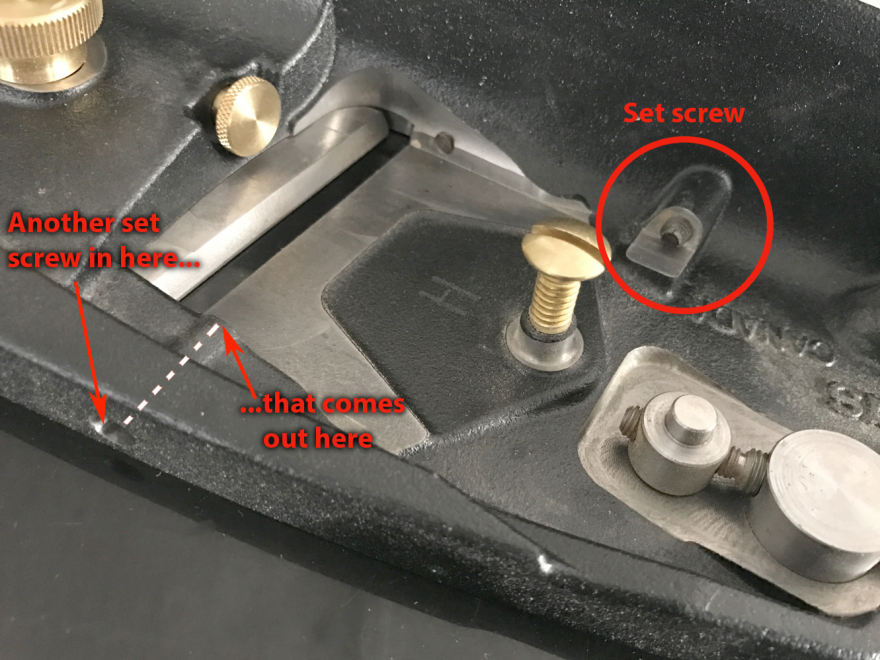 Once the blade has been inserted, the set screws make contact (at a depth of the user's choosing) with either side of the blade. 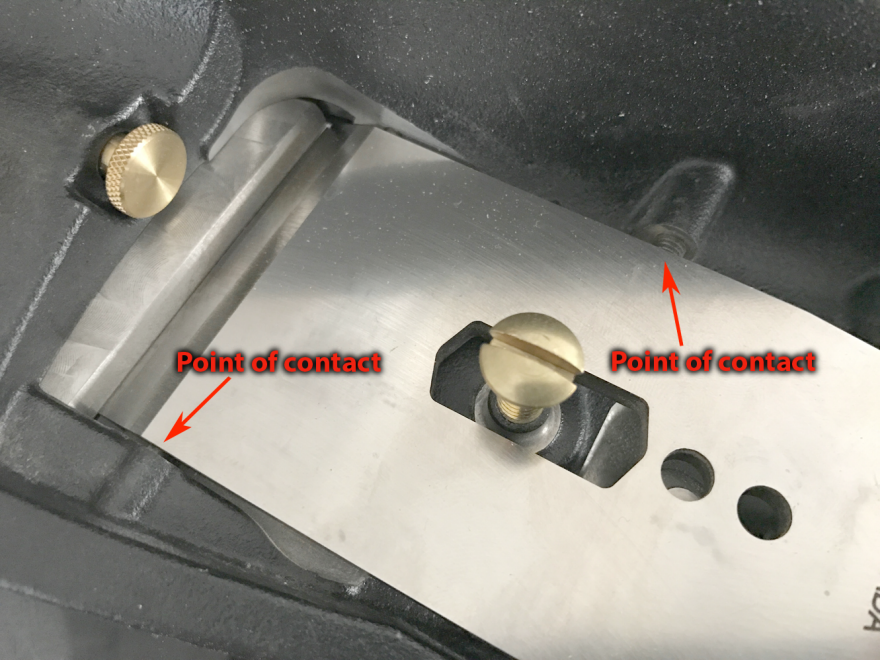 Why? So that the user can dial in the precise lateral position of the blade that they prefer, and after removing the blade to sharpen it, can re-insert the blade and it will return to the exact position it was in before. Handplanes lacking this feature require a bit of fuss to get the blade back to its previous position.

So that's one example, and perhaps you can think of more uses for set screws in a project of your own. On that note, here are some (U.S.-based) set screw resources:

And if you need super tiny set screws, check out this Japanese company:

To our readers in other regions, if you've got a good resource, please help your fellow locals out and list it in the comments.