What do surfboards and flatpack furniture have in common?

After reading our post on Ikea's new table leg connection system, reader Jason Campbell wrote us about a similar concept. Interestingly enough, it has to do with surfboards.

Surfers have been using fins on the bottom of their boards since at least the 1930s. Detachable fin systems were invented in the 1950s—a slotted "fin box" inserted within the board's underside could accept the rider's fin of choice—yet the attachment method was clumsy, so permanently "glassed in" fiberglass fins remained popular.

The problem was that, like tires on a car, fins of different configurations confer completely different performance benefits (i.e. better straight-line speed, or easier turning, or better "hold" on larger waves). This meant that changeability was desirable. So in the 1990s a trio of Australian surfers invented a way to quickly and securely attach and detach fins to the bottom of their surfboards by means of set screws:

Their company, FCS Fin Systems, saw multiple competitors pop up as their detachable fins grew in popularity throughout the '90s. More recently, however, the company redesigned the system in a very clever way that does not require tools:

The FCS II Fin System, as it's called, is pretty brilliant. The connection is strong enough that the fins can withstand the enormous lateral stresses placed on them when turning in water, yet can be popped off using just finger pressure. This is because the designers have recognized that it's impossible for water to place pressure along the axis of the fin; it simply hits the blade's edge and flows around it. Fingers, however, can do the job handily. 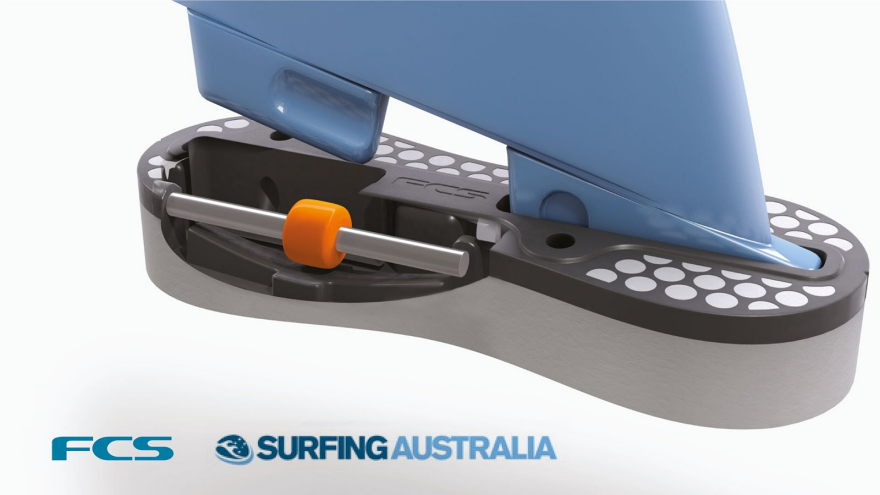 Obviously a surfboard and an Ikea dining table are different animals that undergo different types of stresses. But I do wonder if the FCS II Fin System has any applications in the world of flatpack.