How do you get to work each morning? According to the United Nations and World Bank, there's a 54% chance that you live in or near an urban center—and it follows that you likely work in that city as well. It's possible that your home is within walking distance of your workplace, but there's a better chance that you commute either by mass transit or in your own personal transportation device.

Perhaps you're lucky enough to work in a city with an extensive mass transit system that offers a direct route between home and work. For many commuters, however, rush hour often involves navigating a complicated transportation network that includes multiple transfers and long walks to destination points. A 20 minute-as-the-crow-flies journey could translate to an hour-long ordeal when route transfers and walk time are factored in. Then there's that pesky car, the scourge of urban infrastructure. The single-user vehicle that congests roadways in and around cities, making it harder for buses, cyclists, and pedestrians—not to mention emergency vehicles—to safely navigate ever-denser urban streets. 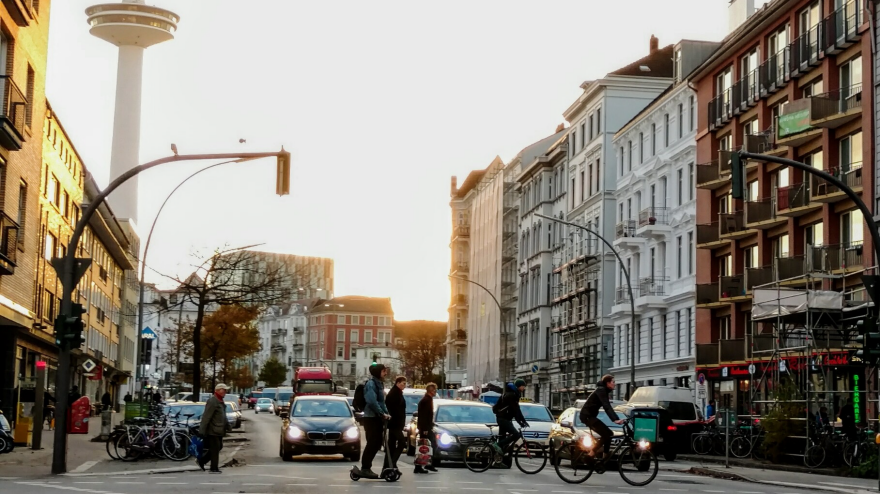 Floatility founder and CEO Oliver Risse has traveled the world's cities to discover what they have in common, and what design can do to help, because unfortunately, the problem is only getting worse. Globally, cities are struggling to update outdated transportation infrastructure in order to accommodate vastly growing commuter populations. The percentage of the worldwide population living in urban centers is up 14% from a generation ago, and has reached nearly 4 billion people. As Risse notes, change is needed, as those numbers are only set to increase.

"Transportation is one of the core issues inside cities: how to get from A to B in the most efficient and sustainable way. It's obvious that the traditional way of thinking, how cities have been planned in the past, is not going to survive in the future when more than 50% of the world's population already lives in cities—and it's going to be 60% or 70% in the coming years," says Risse.

Many cities have responded with expanded mass transit routes, dedicated bike lanes, and bike sharing programs. Others continue to search for urban mobility options that address the needs of their particular citizens and cityscapes. 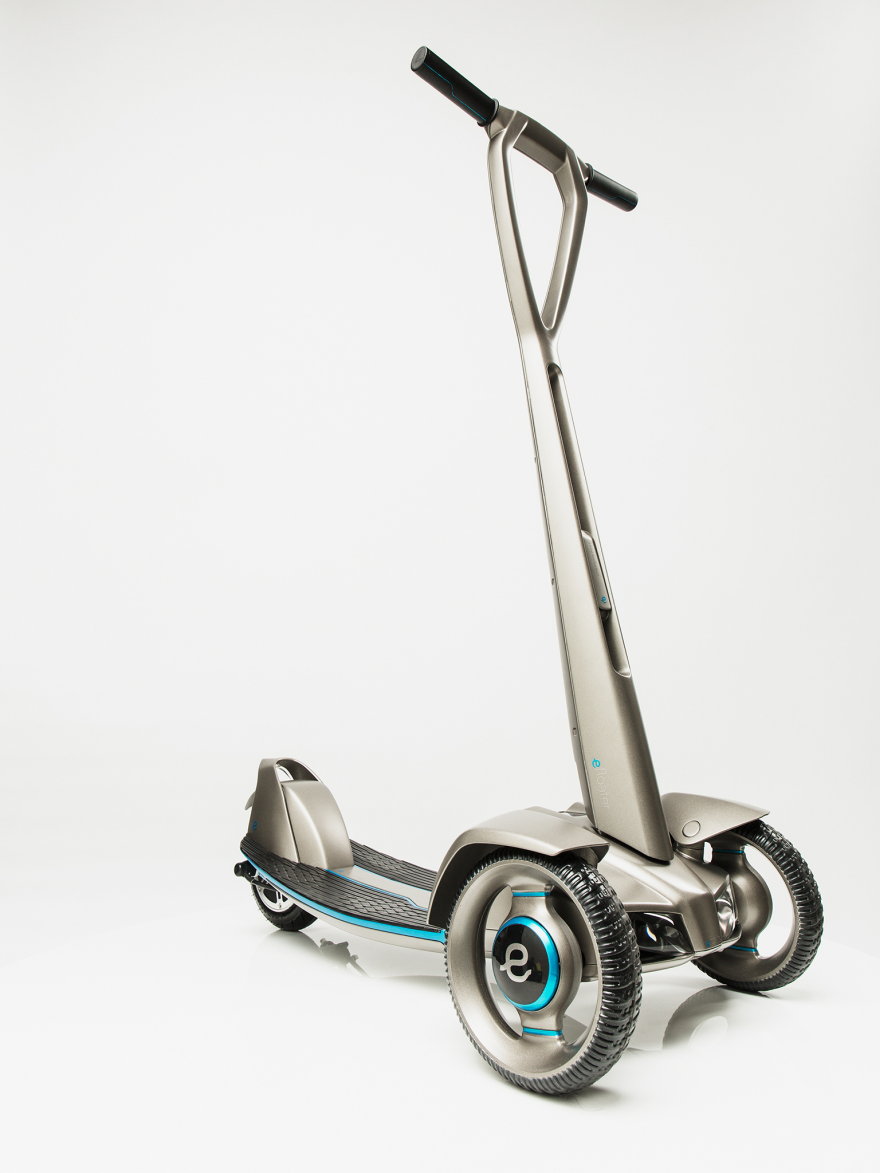 Floatility in all its glory

As a life-long clean tech entrepreneur, Risse wanted to build a solution at the intersection of product, service and sustainability. Floatility's e-floater is light, flexible, and electric, which minimizes noise pollution, air pollution and traffic congestion. Renowned, German automotive designer Sebastian Hess led the design team, creating a design whose form factor and engineering transformed the ordinary scooter into an object of desire.

Operated like a bike sharing program, Floatility contracts with businesses and uses residential and commercial buildings as host sites. Resident members can acquire an e-floater on demand for their commute—or anytime they want to zip through the city quickly and safely.

These beautifully designed scooters are particularly convenient in cities where climate, topography, and urban design make cycling less than optimal for commuters. In Singapore, for example, the tropical heat makes cycling to work a bit, well, messy. "In the tropics people are not cycling a lot because it's literally too hot. At 85% humidity and almost 30 degrees (Celsius), it doesn't matter how slowly you cycle, you sweat. No one wants to arrive at work sweaty," Risse explains.

E-floaters have a telematic system inside, communicating the rider's position in real time to a back-end system. Says Risse, "I can put this together on a platform and optimize my network. Since I know where people are using it, I can predict where they will use it tomorrow and discover patterns of mobility inside my city so I can deploy my vehicles exactly at those locations where people need them. The core of Floatility is demand-response management." 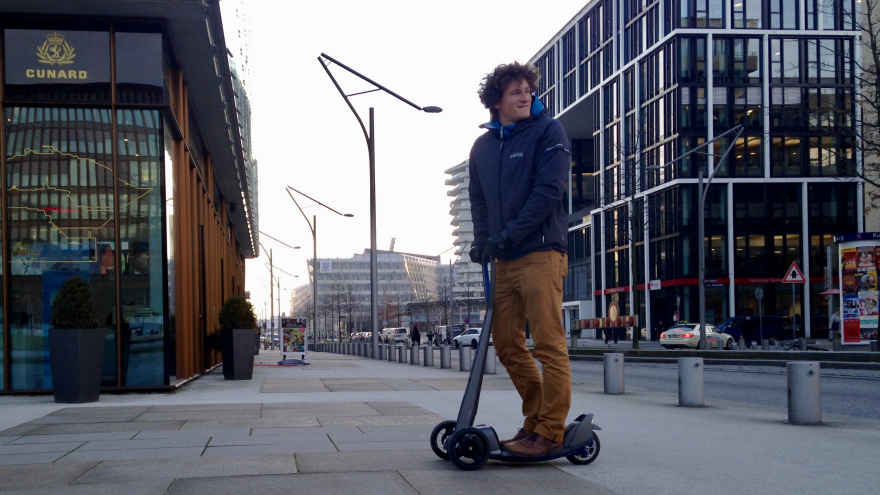 Floatility driver taking a ride around a city

That said, Risse recognizes the obstacles to all sharing services: the social-emotional component that, for many, places a high value on the accumulation of goods over resource sharing. In order for Floatility to find success, there needs to be a continual societal shift from the value of ownership to the overarching good of social systems and resource allocation. For Risse that shift feels wholly positive and possible.

Floatility first partnered with Autodesk through the Autodesk Entrepreneur Impact Program, which provided the company with software licenses as a grant as they developed their concept.

Autodesk's initial support allowed Floatility the flexibility to take risks, push boundaries and find the underlying integrity of the Floatility system. What made it possible was the ability to design both the physical form and the service experience simultaneously. So as they thought about launching in 3 uniquely challenging cities —Singapore, a modern, tropical mega-city, and Hamburg and Vienna, two older, colder, Northern cities - they could project how divergent conditions would impact the e-floater ride and how to optimally integrate and promote the service to partners and end-users.

As Risse explains, "We partnered with Autodesk because to design a product with a new procedure, new methods of manufacturing, working with an international team, we needed software that allowed us to explore a completely new solution. Not only on the hardware side and on the product side, but also on the solutions side." 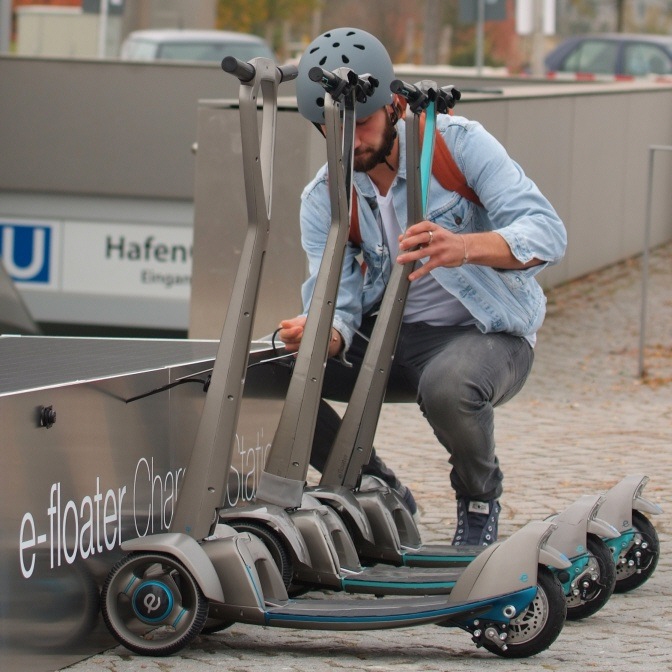 Floatility charging station in use

"We are a pretty different startup company, because we are operating from two different continents at the same time. We have offices in Hamburg, operations in Singapore, manufacturing in Indonesia, batteries in Poland, our key designer in southern Germany—all in distant, remote areas. We can only develop solutions together on one platform simultaneously that works on a Cloud base, and that's exactly what Autodesk's Fusion 360 is doing. The cooperation with them couldn't be any better," says Risse.

Imagining the City of the Future

For Risse, transforming our current cities is just the beginning. Ultimately, he harbors visions of a future city that takes its cues from the more human-centered scale of the pre-industrial past.

He's been witness to that change around the world, in cities like New York, Guangzhou, Seoul, Dubai and Amsterdam—where city centers have been re-populated by pedestrians, cyclists and nature. Newer, smarter cities are developing their infrastructure with a philosophy bent away from cars and geared toward walking, cycling and, hopefully, alternative devices like the Floatility e-floater. 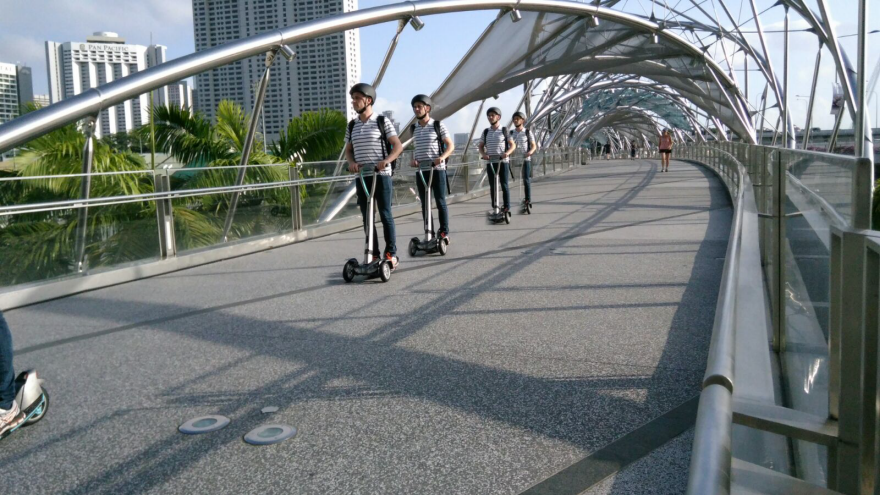 Risse will initially claim that he is not a designer. "I can't draw," he says. He admits, however, that his mind works much like a designer's—namely, he's able to perceive the potential and possibilities in everything. Where others see things as they are, Risse sees opportunities for positive change, and then works to learn more, discover new paths, and transform those ideas from concept to reality. 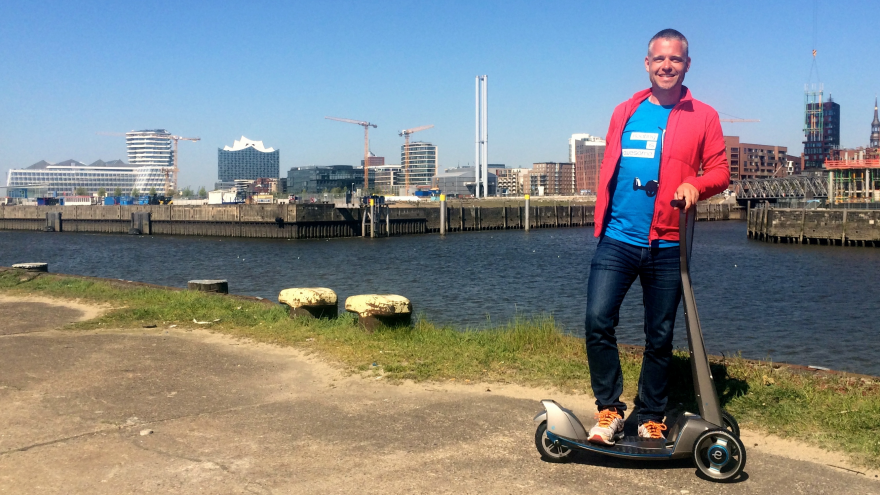 It is this methodology that has allowed him to develop a business and product that are both successful and sustainable. In this way, Risse can simultaneously do well while also doing good, as well as offer the consumer the reward of making a positive change and having fun while doing it. There's no sacrifice on either side.

"I want to do good with my business. We want to be a positive-impact business, but we also want to have a lifestyle product," says Risse.

When asked how one can achieve those lofty goals, Risse simply advises to take risks and not overthink it. "Don't talk too much. Do it. Just try it out. If it fails, then analyze why it fails and take the next step."