The Nifty Design Features of the German Mess Kit

This here is a brilliant piece of industrial design: It's functional, durable, makes intelligent and economical use of materials and can easily be mass produced. So successful was the design that it was copied by most major competitors. Most importantly, it's long-lived; the original design was created over 100 years ago, and this object's subsequent iterations are still used and prized today by many.

The object in question is the German mess kit (kochgeschirr) used during World War II. Check out some of its design features, demonstrated here by bushcrafter, hunter and reviewer Virtuovice:

The sharp-eyed among you may have spotted this slot--which he does not elaborate on--cut into the inner container: 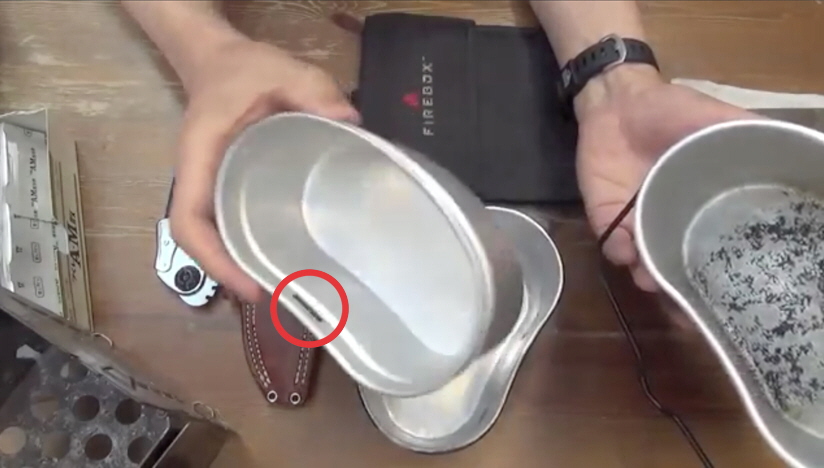 So what's that for? This, as demonstrated by OutdoorGearReview:

As far as we can tell, the original design of the German mess kit started with the Kochgeschirr M1887, designed in the late 19th or early 20th Century: 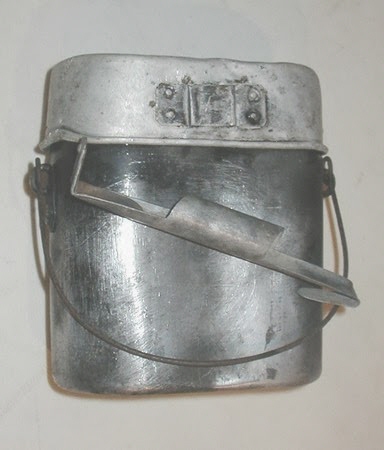 As you can see, the panhandle on this design was detachable and carried separately. That allowed it to be used to suspend the pot over a fire: 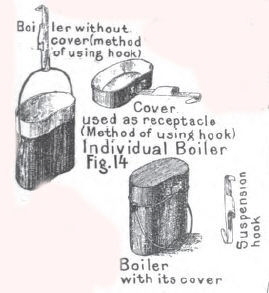 Image via The Joy of Field Rations

However, we imagine that having the handle be loose made it easy to lose in the field. A subsequent iteration, the Kochgeschirr M1910, cleverly integrated the handle via hinge and designed it to double as the lock-shut latch, as seen in the video above. 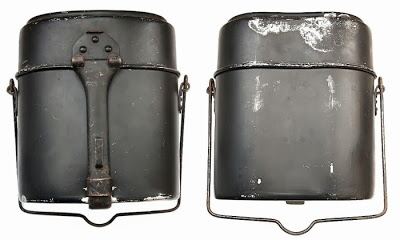 The M1910 also added the Essbesteck, a Spork ancestor: 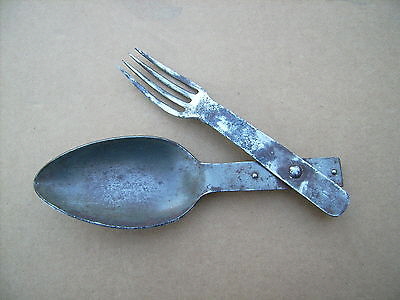 The dual utensil was designed to wedge perfectly into the container. 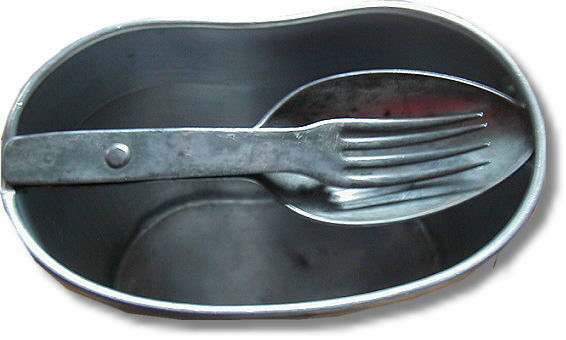 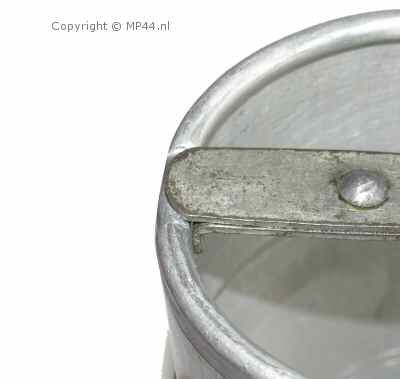 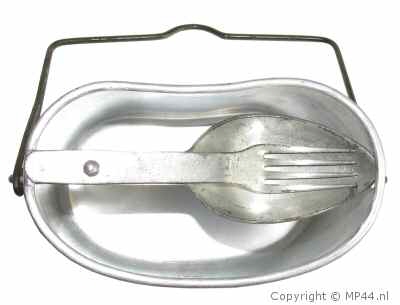 The iteration most are familiar with today is the M31, which was manufactured during World War II. 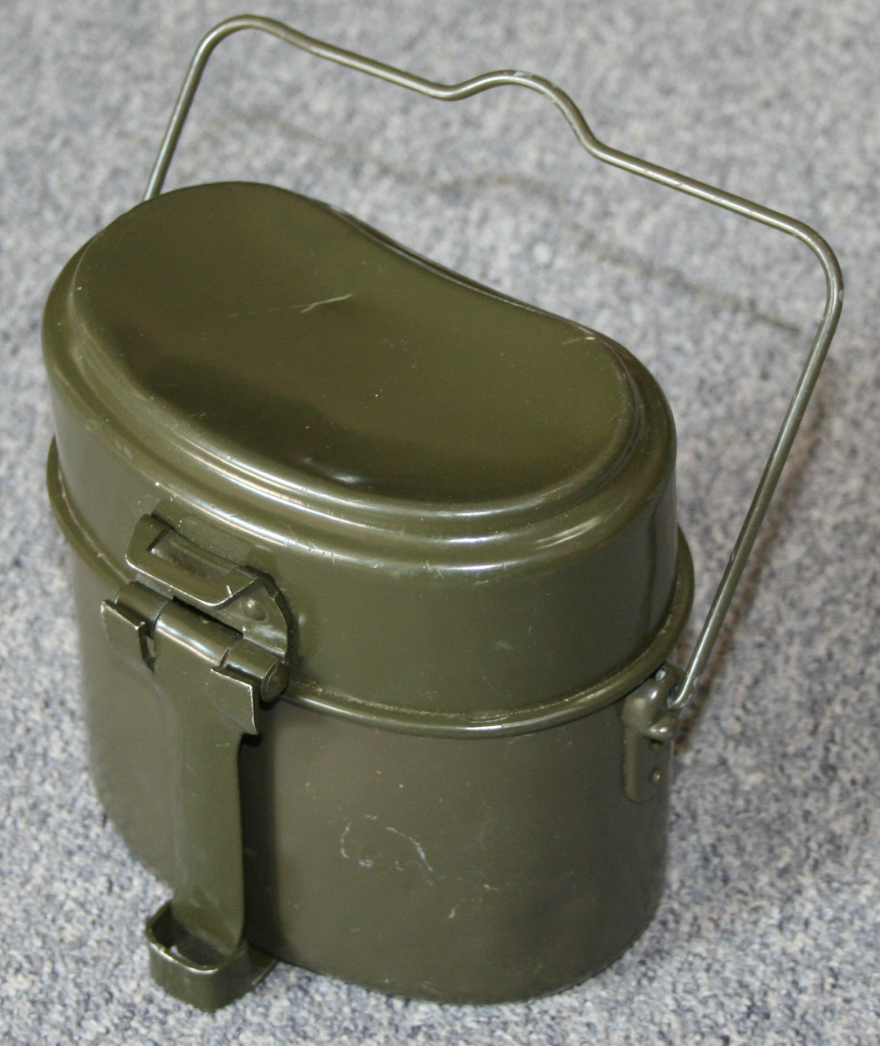 This design was more compact and, as with the German-designed "Jerry Can," seems to have been subsequently knocked off by every Army that encountered it: The Soviets, the Finns, the Romanians, the Poles, the Hungarians, the Norwegians, the Swiss. Today you can buy replicas, knock-offs and the real deal on eBay.

Lastly I'll say, I've not seen the locking handle feature shown in the first video in the original German design; I wonder if it's a Japanese upgrade. (By the bye, if any of you cannot understand the first reviewer's accent, list the time code and I'll "translate," as it were.)

The "Jerry Can," Astonishingly Good Industrial Design from the 1930s

The Nifty Design Features of the German Mess Kit