A/D/O is a new maker's space/incubator/design academy started by MINI that has many in the New York design realm talking. To kick off the beginning of their Design Academy as well as their permanent residency in Greenpoint, A/D/O organized a prescient conference including an all-star cast—everyone from fuseprojects' Yves Behar to John Maeda to legendary David Byrne chimed in on the conference theme of "utopia vs. dystopia". 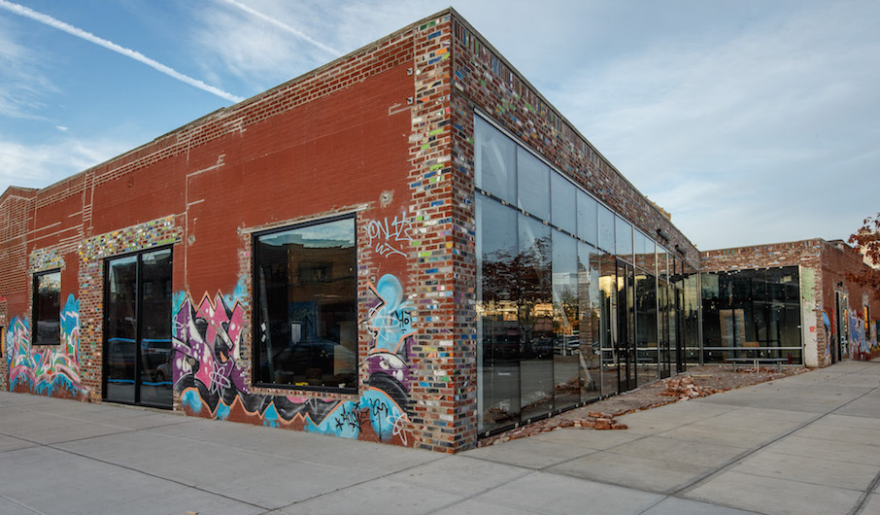 As A/D/O wrote in their event statement, the conference explored "the role of design in navigating a world of profound change. Examining major cultural disruptions and scientific advances such as robotics, artificial intelligence, automation and new production technologies, it will ask whether designers will be the ones to tip the scales toward utopia or dystopia." 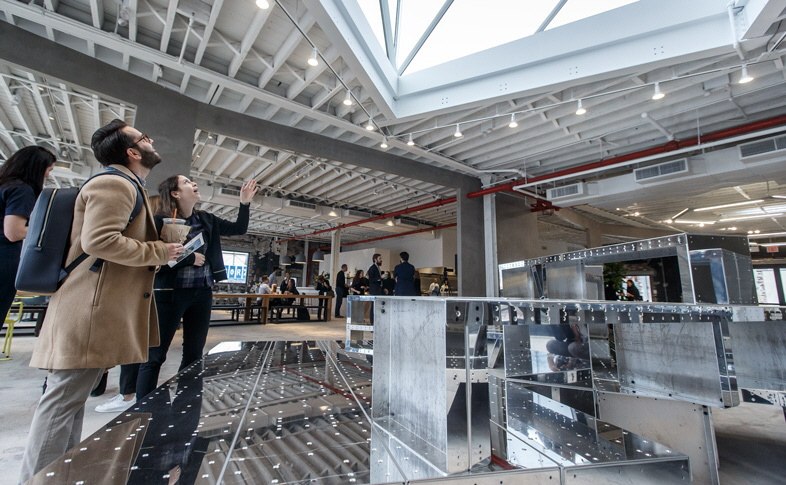 In the two days worth of lectures and conversation, much was to be learned from all these trusted design veterans about how to design for a world verging between these two lines of utopia and dystopia. After Core77 attended the conference, there are a few key lessons we took away from the experience:

DESIGN AS AN AGENT OF CHANGE

Design critic and New York Times writer Alice Rawsthorn kicked off the event with a brief history of utopia and dystopia, leading her to the main takeaway from her presentation:

"Design is an agent of change, which can help us to make sense of what is happening and to turn it to our advantage."

While comparing historical utopian and dystopian communities and industries, Rawsthorn made it clear that one person's utopia is another person's dystopia. For this reason, many environments easily hover back and forth between the two extremes or transition from one to the other over time. Design has the power to drastically change society, which was an important issue many speakers touched on throughout the conference.

TIPS FOR DESIGNING PRODUCTS IN THE TECH AGE

In his presentation, designer Yves Behar shared some of his insights after working for the past few years with companies on smart robotic products. After recently devising a list of principles for design in the era of robots, AI and smart environment, he shared his musings for the first time on the A/D/O stage.

Behar touched in one part on the importance of design being context specific instead of following historical clichés. For one, robots don't have to be anthropomorphized as they often are in films and fiction; he argues, will consumers trust robots more if they instead enhance or extend abilities of humans rather than replacing them? Behar also emphasized the importance of tech products and services building long term relationships with consumers without creating emotional dependency—again, emphasizing the idea of tech enhancing rather than replacing human ability.

As many speakers noted, design is personal. In John Maeda's speech he noted that "when people make software, they include their values in it." This speaks to any other field of design—in order to make something great, you have to know where you stand. For many speakers and panel discussions throughout the conference, this point of was of great importance.

The first day included a panel discussion entitled "Design and Identity in a Post-Truth Era," which included speakers such as Justin McGuirk of the London Design Museum and Cynthia Smith from New York's Cooper Hewitt. Many audience members had similar queries regarding design in political times: how can we get involved to invoke change?

Within this discussion group were two interesting takeaways:

1. People in power don't get what design can do because designers aren't effectively communicating it to decision makers-as several members of the panel noted, the challenge here is for designers to find a way to reach out, propose solutions, and make their skills known.

2. On a grassroots level of political activism, it helps to look at successful models in the past- Cynthia Smith from the Cooper Hewitt suggested designers look at successful political movements organized by historically underserved communities in order to inspire change most effectively.

DESIGNING ROBOTS OF THE FUTURE

Kate Darling of MIT Media Lab's fun-filled presentation outlined the importance robots will have in shaping our future. She focused on the idea that robots aren't meant to replace human care—they are meant to supplement it. People of all ages and backgrounds love robots because they're human without being too human, so the key to developing successful robots is striking that balance. She then raised a few interesting questions to keep in mind as we start integrating robots into our daily lives:

1. Do robots encourage harmful acts against humans or do they serve as a healthy outlet for taboo behavior?

Does the guy getting paid to harm this robot eventually become desensitized to violence, therefore encouraging the potential to act out against humans too, or does kicking the robot serve as a healthy outlet to curb anger against humans? Attempting to answer this question can help determine the roles robots will have in our work, social and personal lives.

2. If we start treating robots as if they are alive, do they deserve rights of their own?

3. How can we as designers harness the manipulative qualities of robots to help the vulnerable demographics they target (i.e. children, the disabled and the elderly)? As designers it is important to focus on how robots can positively benefit their users. Darling gave the example of technologies like FitBit, which encourage positive activity through reward.

We aren't sure what emotional side effects robots will bring to the table, but Darling ensured the audience that this is what makes robot design so exciting today!

Learn more about what A/D/O has to offer by visiting their website.