Robo-cycling: Bringing the Power of Automation to Recycling

Do you track your trash? How carefully do you sort your garbage—organic waste in a composter, recyclables separated into the right bins, non-recyclable waste isolated into its own receptacle? How cautiously do you ensure that hazardous materials are excluded from the recycling bin or that your bottles and cans are clean?

As Americans, we all contribute to the more than 250 million tons of solid waste generated in the U.S. each year, around 34% of which (87 million tons) makes it way to recycling facilities that employ unskilled, low-wage workers to operate heavy machinery.

While recycling is recognized as a societal good, the working conditions in these facilities are cause for concern. In a 2012 report entitled "Promoting Safety and Health in a Green Economy", the U.S. Department of Labor's Occupational Saftey and Health Administration division outlined the risks for workers who are often poorly paid, inadequately trained, and exposed to hazardous conditions at recycling facilities among other "green" jobs.

Sorting and picking through chemical waste, batteries, scrap metal and organic materials, workers have been burned, lost limbs, and been exposed to all manner of noxious inhalants. A 2016 investigative report published in Mother Jones outlines the dangers to workers and tells the stories of some who have died from working in these hazardous conditions.

Entrepreneur Matanya Horowitz is on track to address those concerns with AMP Robotics. With precision, speed and accuracy, their robotics technology is designed to take over the most dangerous jobs that humans now do at recycling facilities, mitigating what Horowitz calls "dull, dirty and dangerous work." 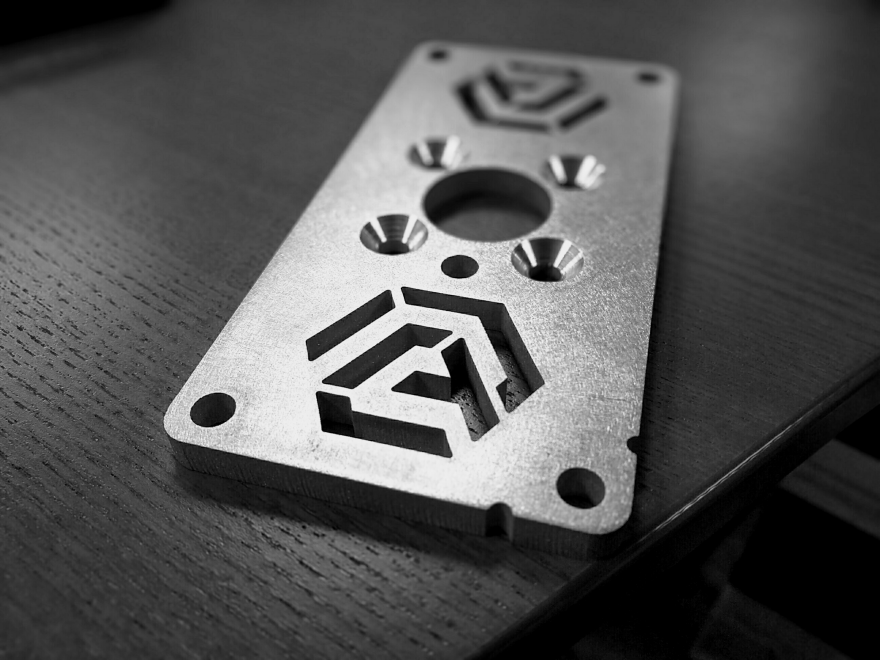 The AMP Robotics logo on a small piece of hardware

Automation for Efficiency and Safety

"At the beginning, we saw ourselves as a computer vision company. We were going to just apply robots to this problem. When we started getting deeper into the recycling industry, we just saw so much potential. Even without robotics, technology in recycling is improving at a steady clip," says Horowitz.

AMP Robotics technology aims to make the industry profitable and safe. Compared with landfill use, the economics of recycling are appealing to waste management companies, as an efficiently run recycling facility can achieve higher profit margins for managing their waste.

"In the industry, there's something called tip fees [also known as disposal fees]. If the tip fees for a recycler are lower than the landfill tip fees, recycling becomes not just the right thing to do, but it's the economically efficient thing to do. Now we're basically just digging in as deep as we can and seeing how could we help bring the cost of recycling down." says Horowitz.

With their current recycling facility partners around the country, Horowitz estimates that they are saving 50% of sorting costs using AMP Robotics systems. Calling what they do scalable recycling solutions, Horowitz's team leverages machine learning to teach the robots to identify valuable materials amid the clutter of fast-moving conveyor belts.

Their comparative efficiency shows that their robots can make 50 - 100 accurate "picks" per minute, while their human counterparts can achieve between 30 - 60 picks per minute. With smart technologies they can constantly improve their accuracy as new forms of recycled materials are introduced to the marketplace. 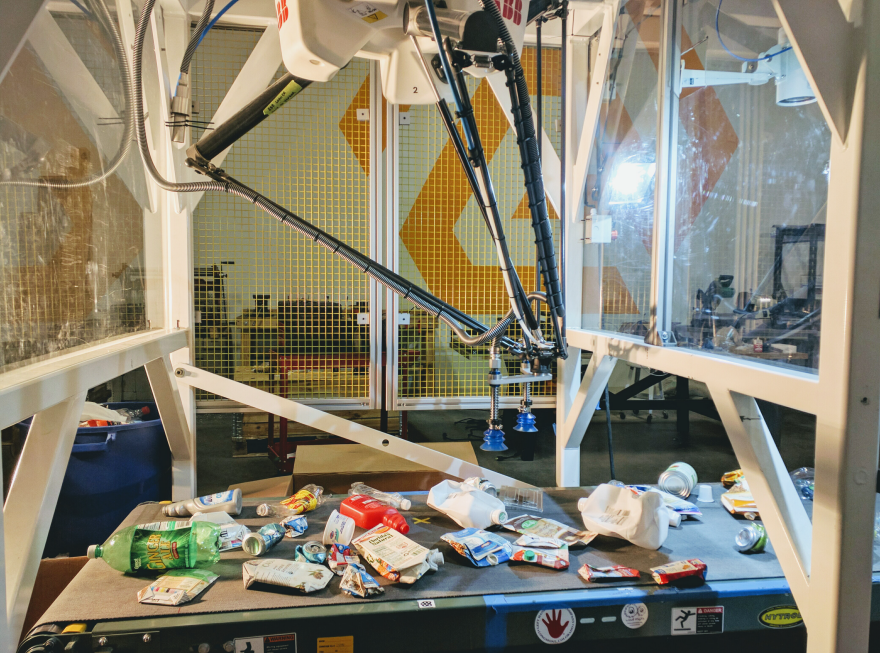 "When you start getting deeper and deeper into a problem, it becomes even more rich with opportunity," says Horowitz.

With a Ph.D. in Robotics from CalTech and time spent at NASA's Jet Propulsion Lab, Horowitz knows how to create a wickedly efficient algorithm. Designing the robots, however, was not as intuitive. His start-up team consisted of programmers with no mechanical background.

"Our premise with these robots was that it was the vision system in the software that needed to improve to solve this recycling project problem and not necessarily the mechanical design. For the most part, we made very bad mechanical parts."

Then they were introduced to Autodesk Fusion 360 and everything changed. "Fusion 360 is democratic," says Horowitz. As he explains, the software had a catalyzing effect. "Okay, we can actually make this right the first time. It actually enabled us to create things, going from just a couple of sketches on a piece of paper to actually having real CAD and actually being able to make designs that fit the first time." 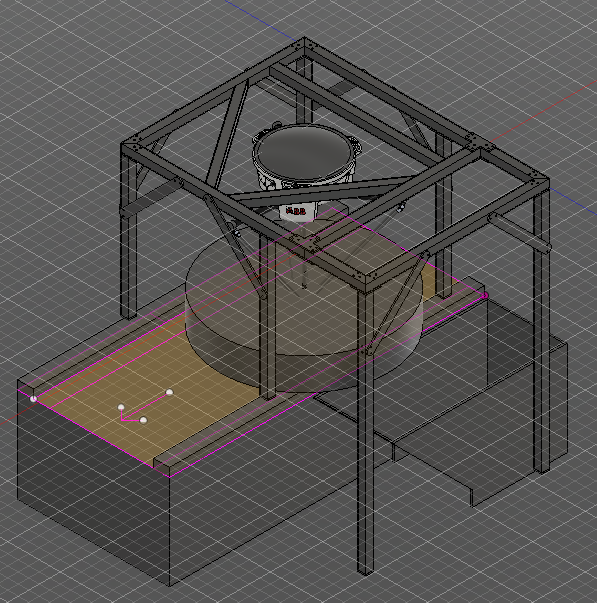 The accessibility of Fusion 360 turned a deficit into an opportunity. Suddenly the team could actually see what they were making, creating 3D models that aligned with their vision of an algorithmically pure solution.

Horowitz credits the Autodesk Entrepreneur Impact Program and Fusion 360 for making AMP Robotics come to life. He says, "It's making it so that as a programmer I can converse with my mechanical designers in an intelligent, efficient way."

Horowitz's path to robotics wasn't obvious from the beginning. As he tells it, he was convinced that getting an MBA and working in business was going to be the direction his life took. He remembers thinking, "Oh, this kind of stuff is kind of silly and kind of pointless, so I'm going to go do the adult thing. Maybe get an MBA."

The moment of clarity for him was seeing the DARPA Grand Challenge. Run by DoD's Defense Advanced Research Projects Agency, the competition was intended to spur the development of autonomous cars. To Horowitz, the Grand Challenge felt like a page out of his childhood where he recalled playing with Transformers, an early window into robotics beloved by many children. That passion was further fueled by his older brother, Benjamin, who taught him how to program, which ultimately took him to CalTech.

Running parallel to his love of robotics was an appreciation for recycling. Growing up in eco-savvy Boulder, he was first introduced to the recycling industry as a Kindergarten student when some representatives from the local Eco-Cycle plant spoke to his class. A later visit to the massive Puente Hills recycling facility in Los Angeles set the wheels in motion.

These experiences, seemingly random and unconnected, collectively combined to create a set of experiences that launched AMP Robotics.

"I think for so many of these things, they didn't seem to have any meaningful impact immediately, but it created a context and a culture around these ideas. The result is sooner or later, you put the dots together and go after the important things," Horowitz says. "I just can't speak highly enough of the kinds of programs that create a community around ideas."

Amped Up and Looking to the Future

For their part, AMP Robotics is hoping to inspire more passion in recycling and robotics. The company has worked hard to connect with meaningful investors in their work; companies like the Oskar Blues Brewery, a company that is already active in green causes and recently awarded AMP Robotics a grant to advance their work.

"The money from Oskar Blues Brewery let us buy our first conveyor belt and build a test set-up in our facility," Horowitz says. More investors will mean greater advances and more opportunities to improve AMP Robotics offerings throughout and beyond Boulder.

As for the AMP Robotics team, Horowitz offers them an opportunity to work in a technologically innovative field while also furthering a cause that matters. 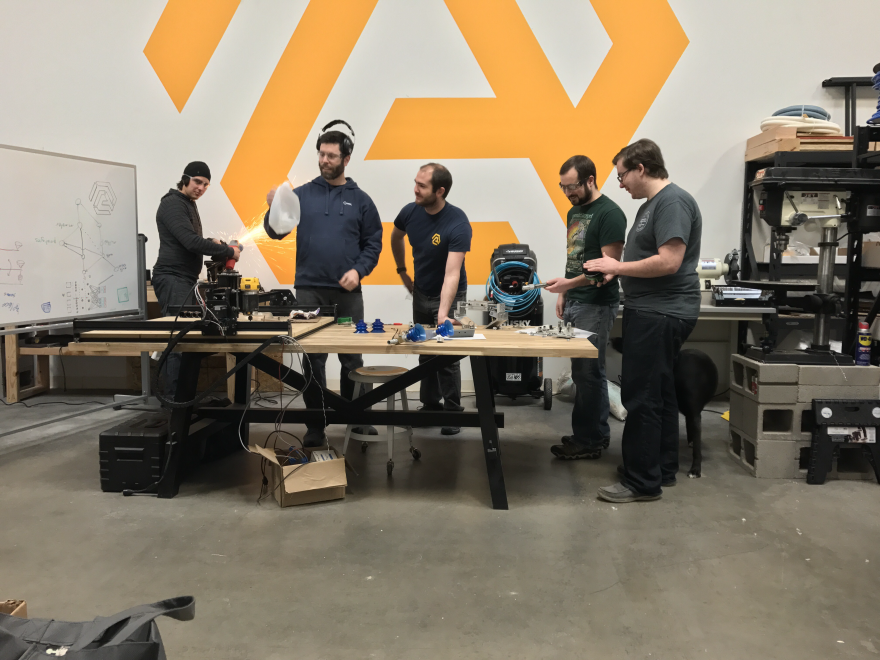 Matanya Horowitz and the AMP Robotics team at work

"Someone will join our team because they're excited about the robots. A couple of months after joining, they start to visit the recycling facilities, talk to the people working there; and they actually become more excited," says Horowitz. "They are excited about solving an important problem and not just hacking away at some typical business program."

For the local Boulder community, particularly the recycling plant workers and their families, AMP Robotics offers a window into what robotics can do for them and, perhaps, offers new opportunities for the future.

"It's that kind of interest and passion for doing the right thing that matters. There are always little things that connect the dots. If we didn't have some of those early opportunities, we wouldn't have been able to get this far."