NYC Has the Oldest Subway (Plans) in the World 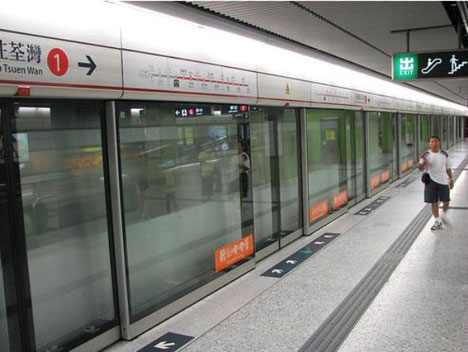 Summer's coming, and while all of us are looking forward to getting outdoors, New Yorkers will, as usual, dread having to take the subway. Poor ventilation makes temperatures on some of the underground platforms feel something like being in the center of the sun. A notable exception to this is last year's unveiling of air-conditioned platforms at Grand Central, but the coolness could only be felt if you stood directly underneath the huge (and hugely inefficient) blowers.

Now there's hope! Well, sort of; folks at the MTA are talking about installing glass-edged platforms on the upcoming 2nd Avenue line, like they kind they currently have on the Airtrain to JFK platforms and in Hong Kong's Kowloon, pictured above. This would enable air conditioning to be "locked in" to the platforms.

The reason we say "sort of" is because city officials have been talking about building a 2nd Avenue subway line since, wait for it...1929. The original schematics were probably drawn on a piece of slate with a rock.

In the meantime, we broil.