I hate the design, but it's not the problem here

At 5:30am on Saturday, two twentysomething twin sisters were riding an escalator in the World Trade Center Oculus. One of the sisters fell over the side, plunging three stories to the marble floor below. She died of "blunt-impact injuries to her head and torso." 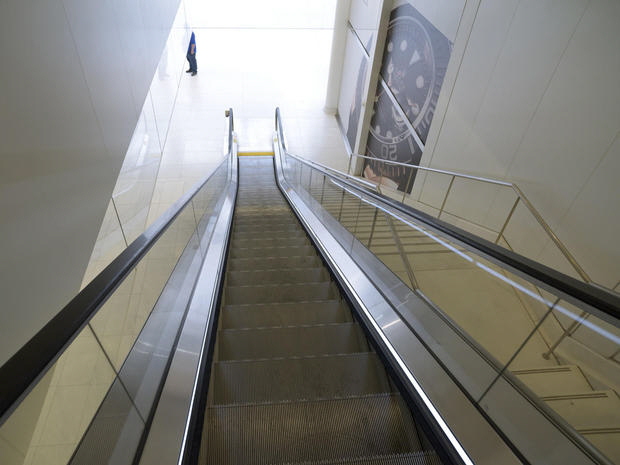 Her surviving twin, who understandably is currently being treated for trauma, told police that her own hat had fallen off and her sister leaned over the railing to try to catch it, but leaned too far and fell over the side.

The TV news report I saw then had a reporter quoting a bystander as saying "In my opinion, I think that they need to build the walls a little higher when they build these escalators…. The walls are not high enough to prevent tragic accidents like what happened today."

However, when investigators reviewed video of the incident, they found something different than what the surviving twin had described. What they saw was that one of the sisters was "laying prone on the banister of the escalator, like she was pretending to be flying" and "mimicking a superhero before she lost her balance."

Those quotes are taken from NYC's Daily News which then goes on to state that following the woman's death "attention began to shift to the design of escalators at the $4.4 billion facility." They quote an unnamed transit supervisor as saying "They should definitely make [the escalator sides] higher, but with a place to hold on with your arms."

Folks, this is complete nonsense. The reporter even measures the sides of the escalator and gets a height dimension of 40 inches. I just checked the "Public Spaces" chapter of the Human Dimension and Interior Space book of standards, and while escalator railing height is not addressed, handrail height is pegged at 30 to 34 inches. 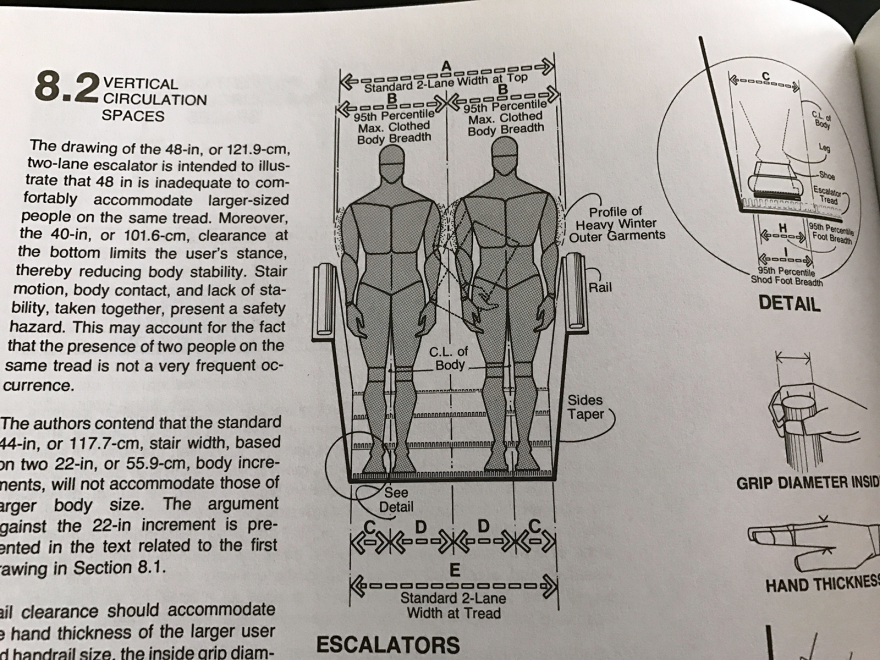 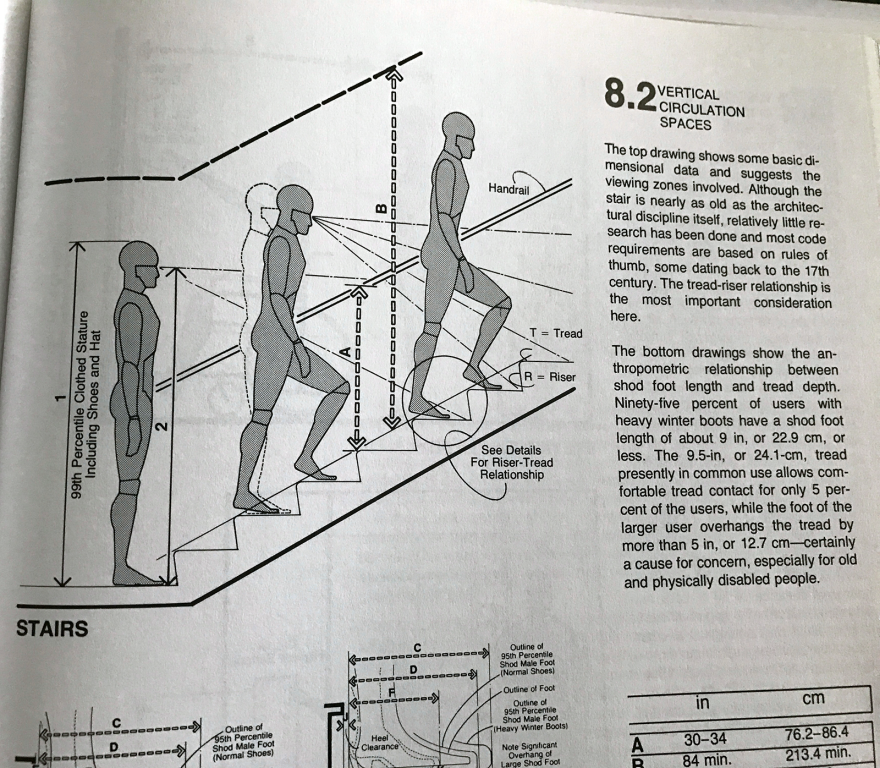 Let me say that as a lifelong New Yorker I absolutely hate the design of the Oculus. To me it is the work of a starchitect imposing his ego on average citizens to the tune of 4 billion dollars. The building has nothing to do with 9/11, nor does it pay any fealty to Minoru Yamasaki's original World Trade Center design nor does it serve as a fitting monument, in my opinion, to the people who lost their lives there and the first responders who continue to suffer lingering health effects. And I feel I can criticize Calatrava for these things, subjective though they may be.

However, to criticize the designer for escalator railing heights that are perfectly adequate, but have been misused by someone in a way that's grossly negligent of their own personal safety, is completely idiotic.

I feel bad for the family of the woman who died, and I've not mentioned any names here out of respect for them. I've seen what I believe are valid instances of poor design leading to people's deaths, here and here. But I don't think this is one of them.