The things no one talks about, like picking up dog shit using gloves designed with snot management 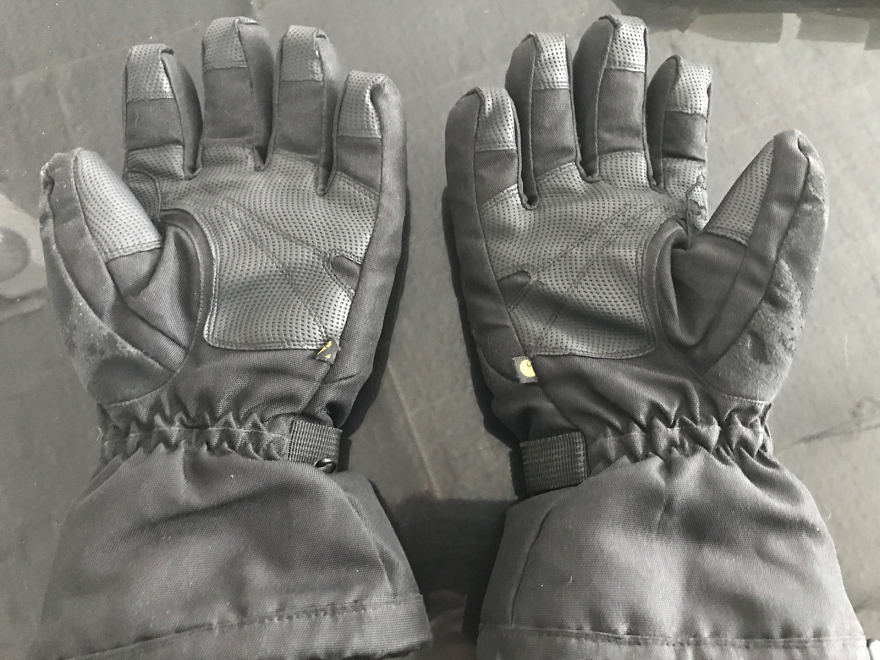 A lot of designers get their products' primary functions just right. But I'm also interested in products' secondary and tertiary functions—and particularly how products are used in between the moments when they are performing their original function. For this week I'm going to talk gloves.

We all buy gloves for our specific needs: Some of you need to text, others buy for fashion, still others need a pair that can endure outdoor labor. The gloves I wear are a function of owning two active dogs. I'm outside for long stretches three times a day, 365 days a year, harsh winter weather no exception. 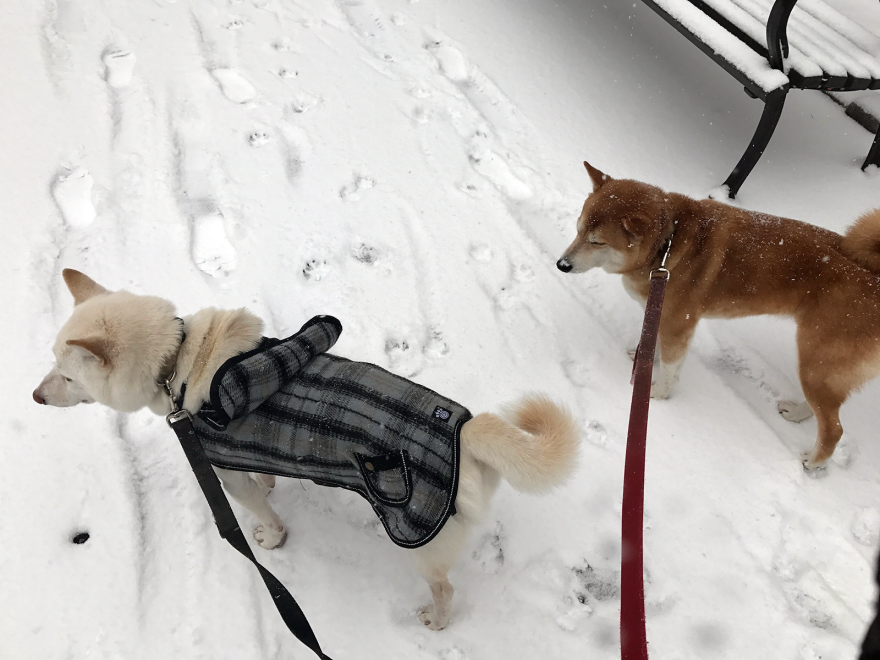 Unless you're buying for fashion, this is a solved problem. 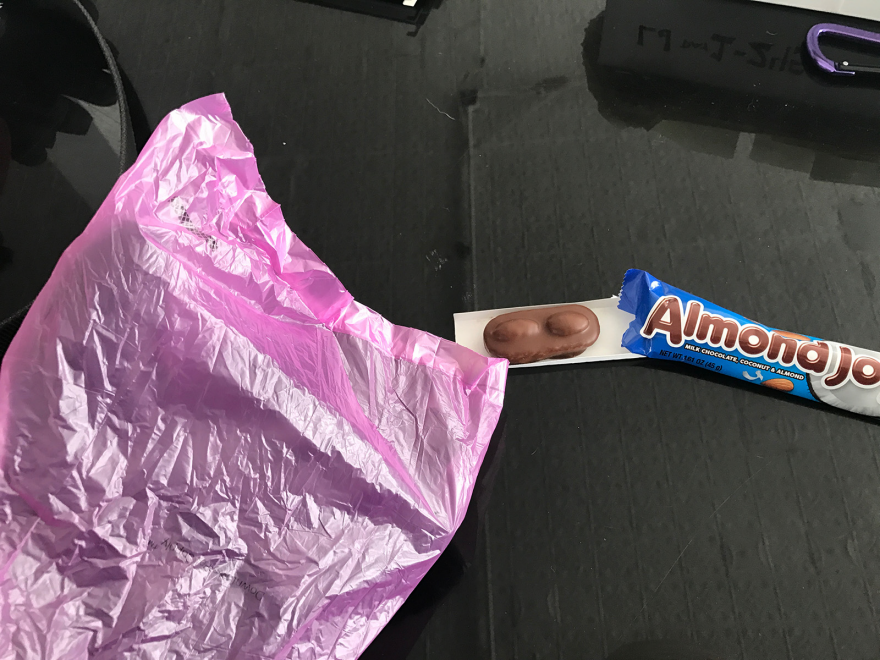 Depends on your task. Some gloves have grips that prevent axe handles from sliding away, others have conductive pads so you can Tweet out of doors. My test is simple and mimicked in-store at the time of purchase: If I can wear one glove to stretch a plastic bag over the other and then pick up a nugget of dog shit with it, ding ding. 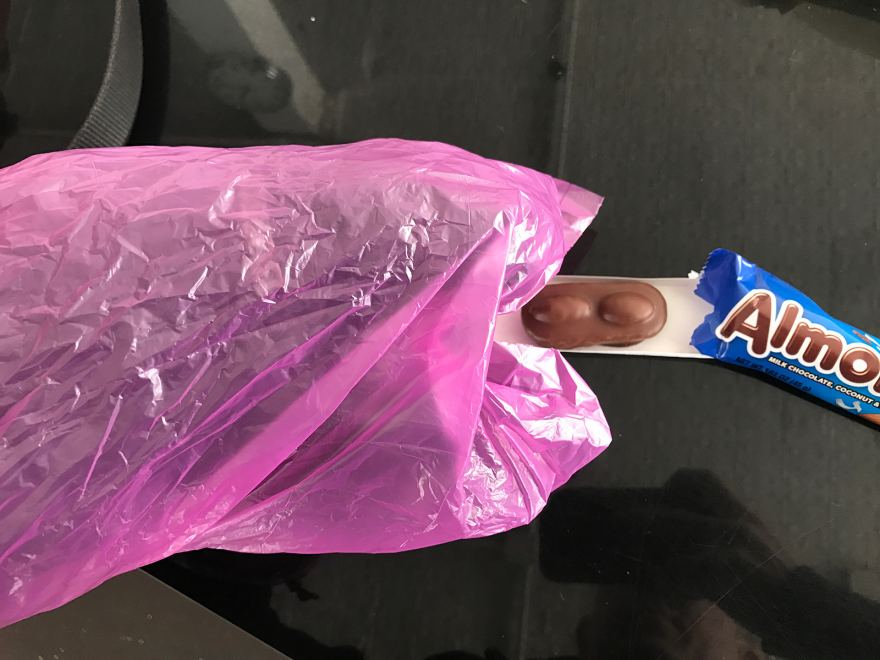 Prior to owning dogs I wore fabric gloves or, if I was driving that day, leather gloves so I could grip a slippery steering wheel inside a freezing car. But you learn that fabric and leather gloves cannot withstand the abrasion of a nylon dog leash handle constantly encircling them. I also found they got quickly soggy in thunderstorms and winter storms.

So I switched to weatherproof gloves designed for outdoor use and made with a Cordura-like fabric around the wrists where the leash handle contacts them. 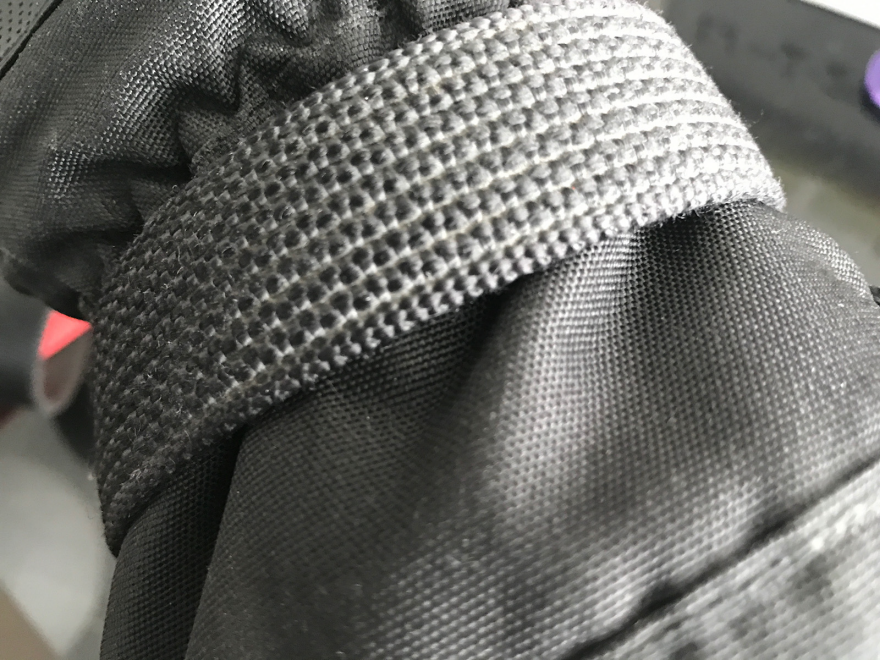 These Carhartt gloves have seen three years of heavy use and reveal no discernible wear around the wrists. 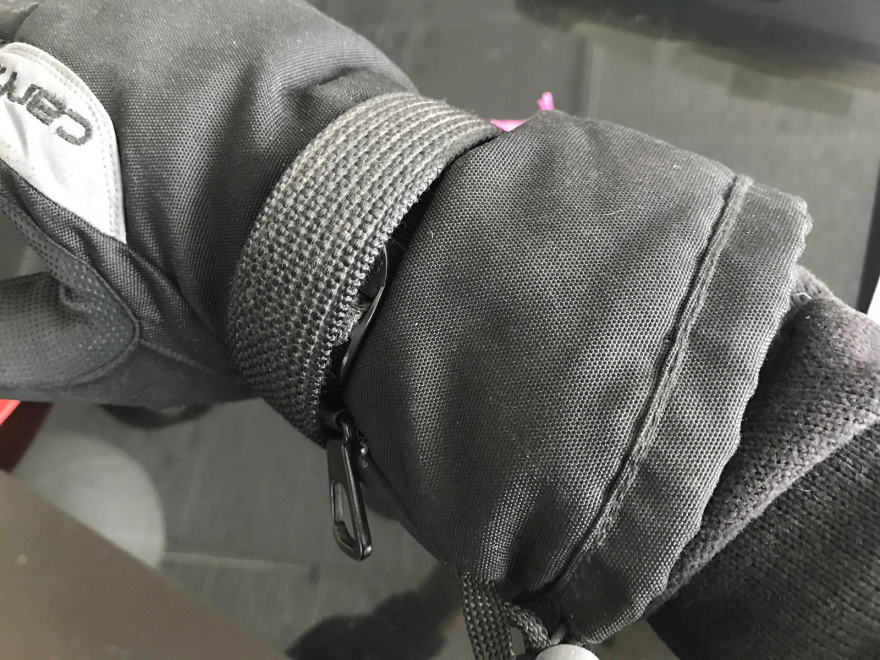 My favorite function of a glove is one I never used to think about: Mucus management. When it's below freezing outside, after fifteen minutes my nose starts to run and doesn't stop. Having that soft microfiber strip to wipe your nose on is awesome. It leaves a gross white strip, and as your nose keeps running you need to find a fresh spot and it starts to look like you're scratching out days on a prison cell wall, but it's better than having it run down your face. People in crosswalks look at your face, not your snot strip.

Sadly, I had to retire the Carhartt gloves because after only three years the snot strips wore out and started to alligator. They currently feel like 120-grit sandpaper. Wiping your nose on them is unpleasant and rubs it raw. 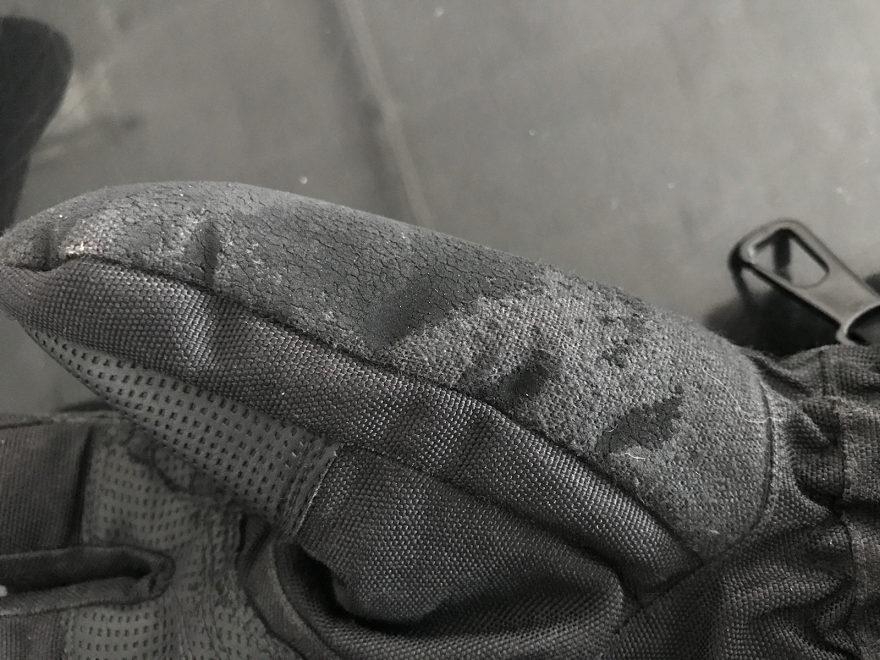 The gloves are otherwise perfect. It's a shame the snot strip is not renewable or replaceable. That they're not is a really dumb reason to have to stop using them.

I replaced them with a pair of Burton gloves. They're designed for snowboarding but offer identical function and dexterity to the Carhartts. 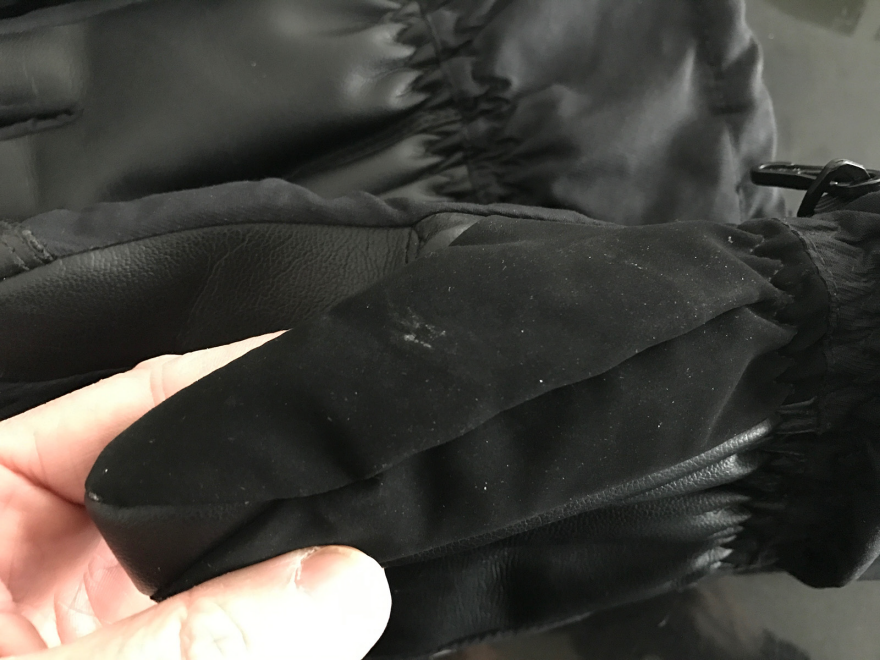 Some gloves have small zipper pockets on the back. 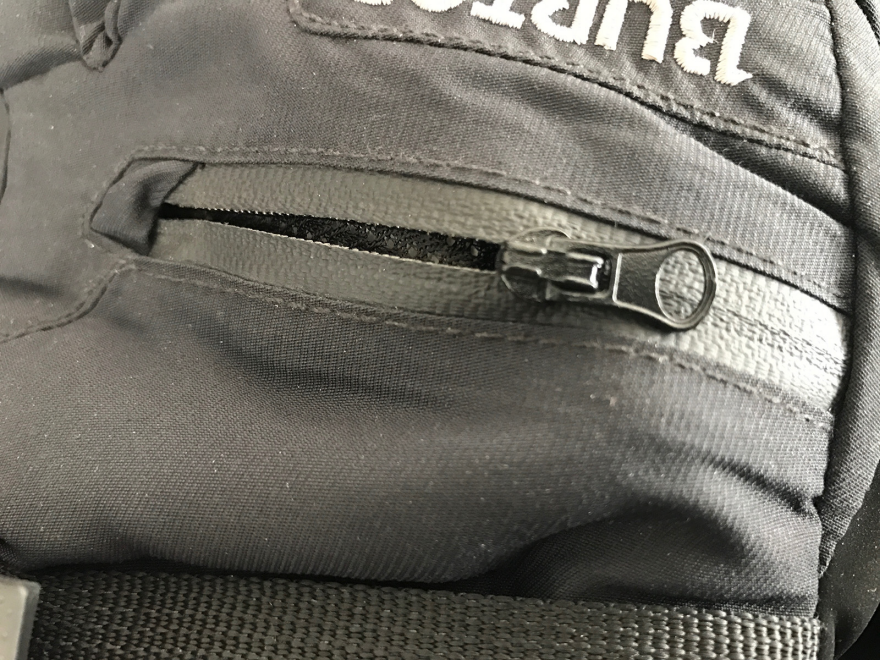 I never use them. I never use the tightening straps either, but I've found this strap is perfect for storing dog bags that I load into it before I leave the house. 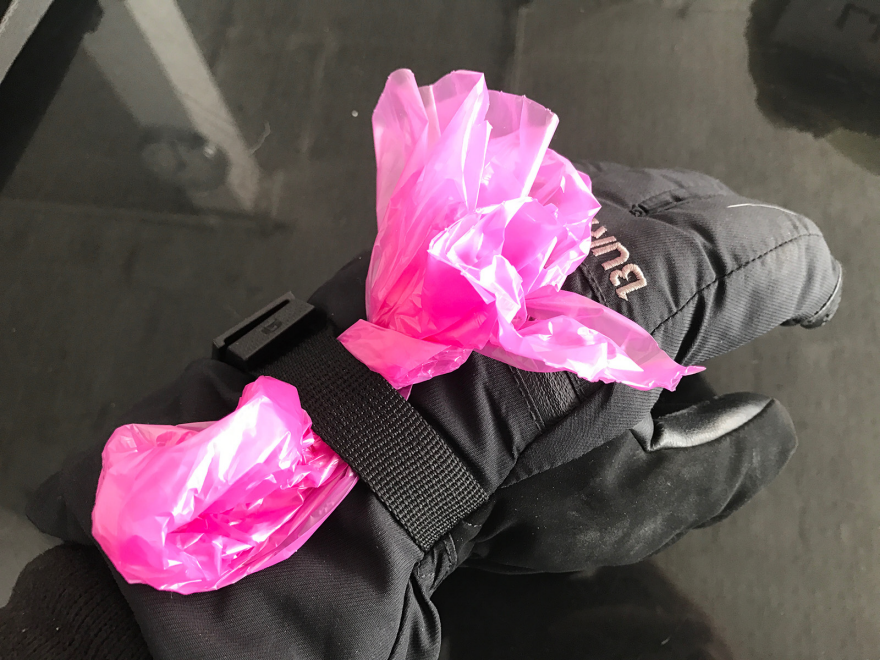 Easy to grab with the other hand

It's easier to pull a bag out of the strap (only requires one hand) than to tear a new bag out of the dispenser (requires two hands, one of which has the leashes around it). 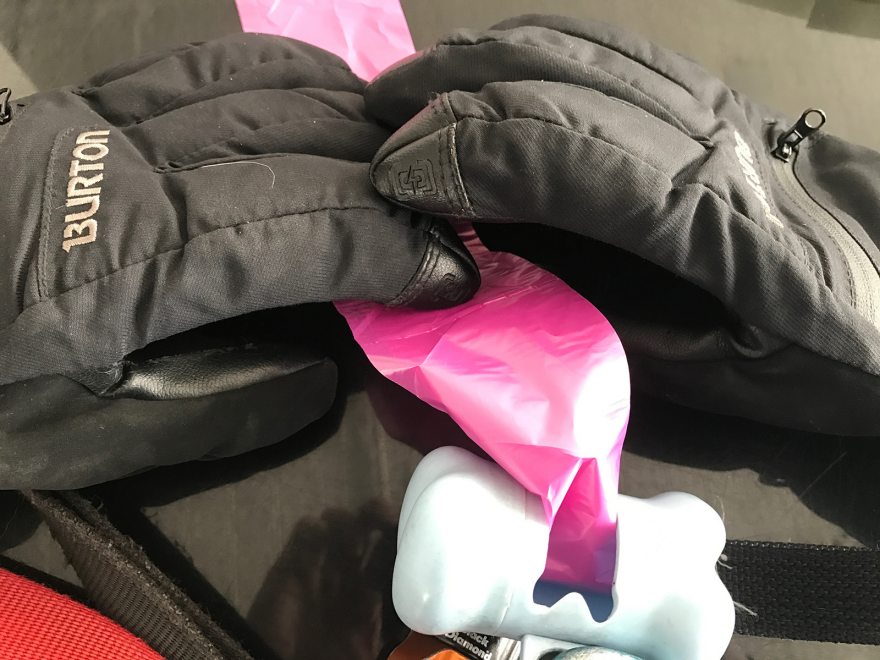 Requires two hands; is not easy to unspool and tear at the perforation

This ought be one of the main features yet is completely overlooked. There's nothing worse than losing one glove, as the other is still perfectly good but now rendered worthless. Each winter I see single gloves all over Manhattan, on coffee shop counters, subway platforms and on the sidewalk. I instantly picture its twin sitting in a nice, warm garbage can in the owner's home after the discovery is made.

Several winters ago I stopped losing gloves by buying one of these cheapie carabiners that they have in a jar next to the register at hardware stores. 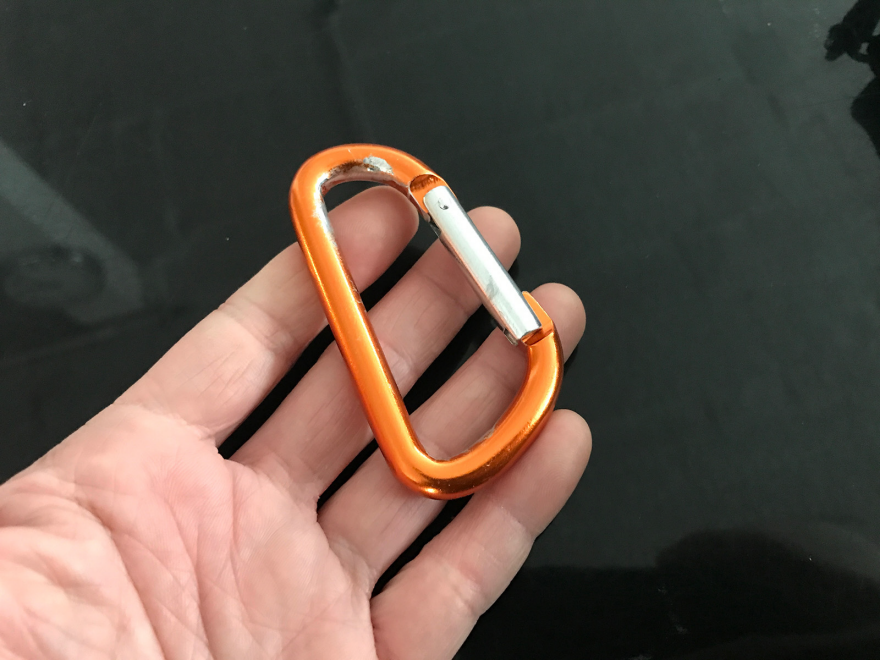 The carabiner lives on the leftmost belt loop of my pants. Gloves of the sort that I buy have little loops for tightening the wrists: 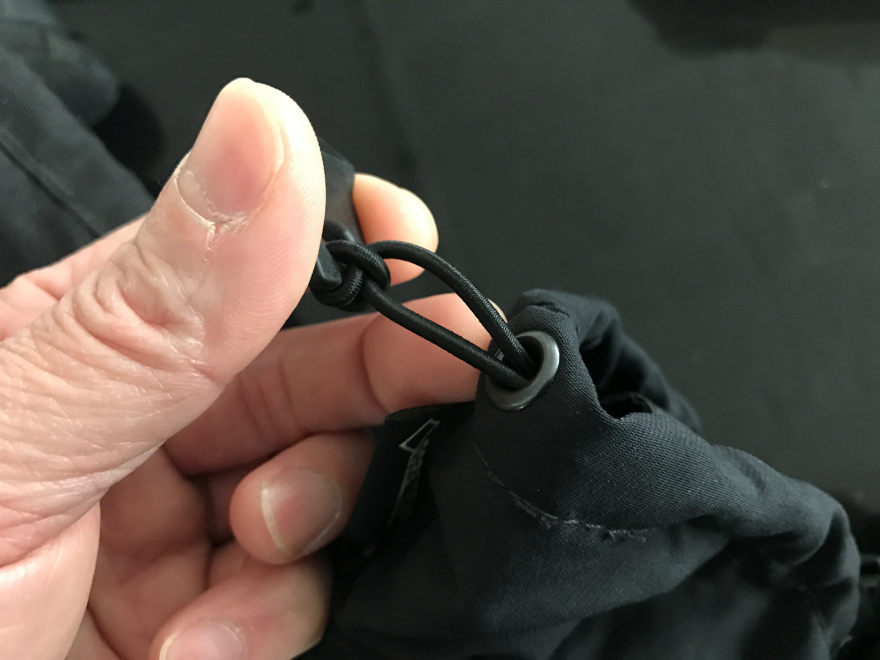 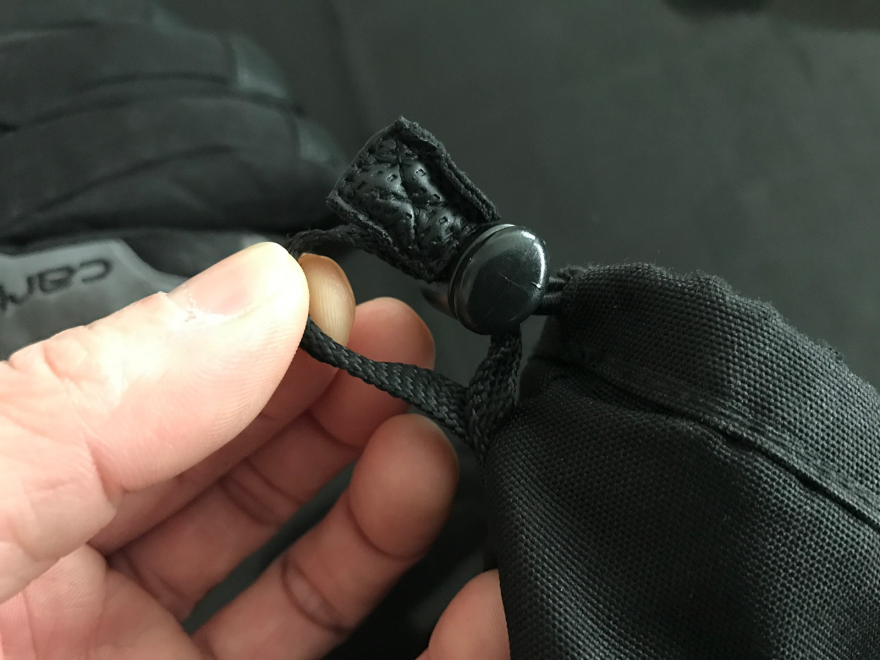 Anytime I need to remove my gloves, the carabiner goes through these tightening loops and I hang them from my belt loop. Repetition makes you fast at this and now I do it without thinking. 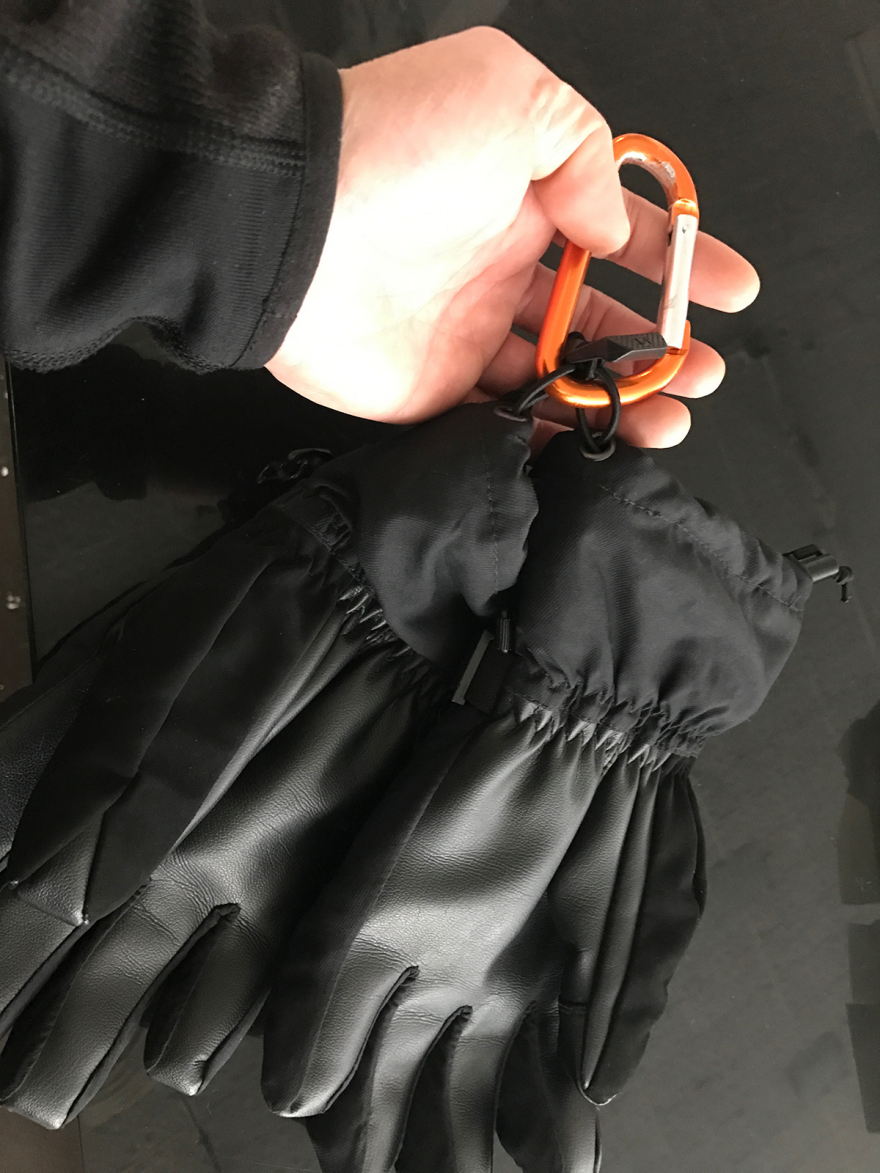 If you go this route, pull the spring latch back and inspect the carabiner's hook before you buy it, as there are two types. This first type is no good: 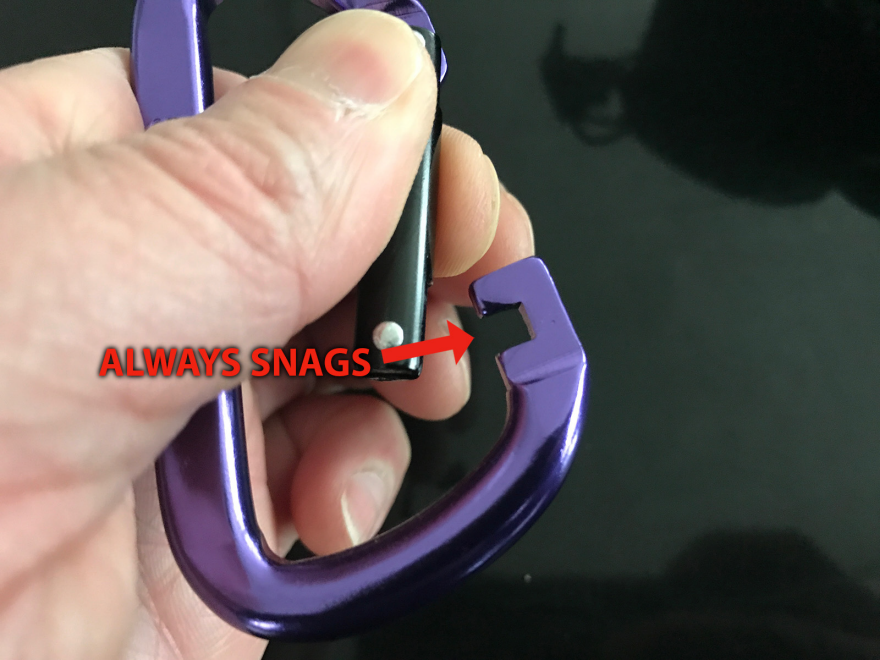 See that little indent? The glove loop will always snag on that when you try to remove it. Sounds trivial but it's a pain in the ass; removing the glove should be a smooth, thoughtless motion. So look for this type of carabiner: 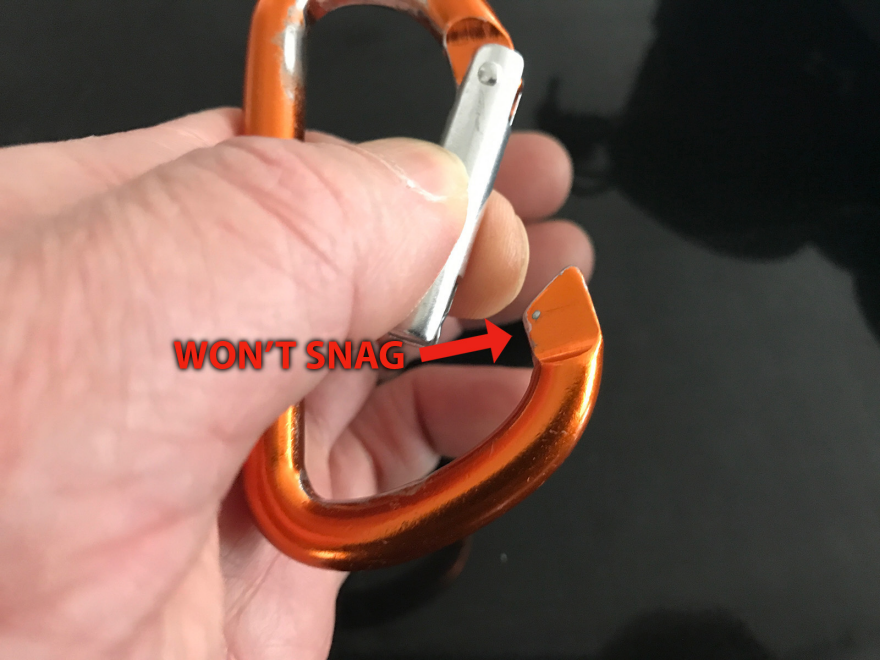 Absent the notch, the glove loops slide right off.

I'll never lose my gloves again. But ironically, I'm typing this to you the week that I lost my favorite friggin' hat. It was one of those super-warm knit watchmen's caps. It disappeared sometime on Monday and I haven't seen it since.