Isn't it great to learn something new! This past Sunday we took my son to the National Museum of the American Indian for an hands on crafts event and then we wandered the exhibits.

When I think of Native American woodworking I mostly think of carved masks and totems. Which, depending on age and where they came from and their purpose range from simple to spectacularly sophisticated. Over the years and several visits (their collection is spectacular) I have developed an appreciation for how sophisticated the Native American level of craft can be. What I didn't know was that basic forms of furniture were also made. (and generalizing this is pretty stupid as Native American culture and crafts spans a couple of thousand years and hundreds of different tribes with different cultures and traditions). The first picture is of a stunningly beautiful box of bentwood, with ivory decorations. Sort of like a shaker box but made by Tiffany. Sadly I didn't have a pen and the picture I took of the caption didn't come out. It's 19th century I think. 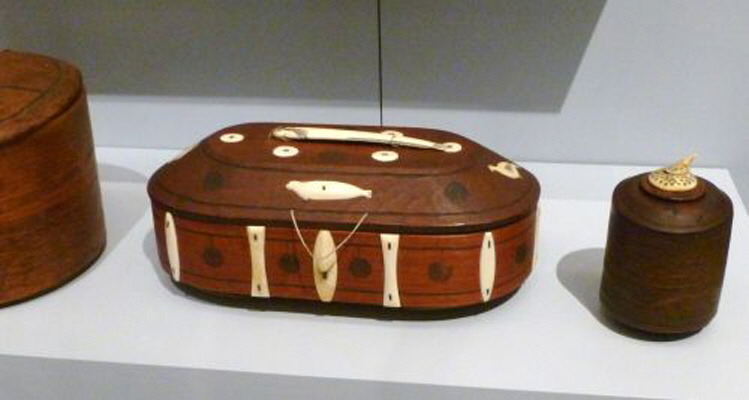 This second image (sorry about the quality of the picture - through glass in a dark hall) is of what I would call a blanket chest (it's not a religious object). It gave me the idea for the blog entry because of the really subtle carvings. I have no idea of the construction. The picture does not do it justice. 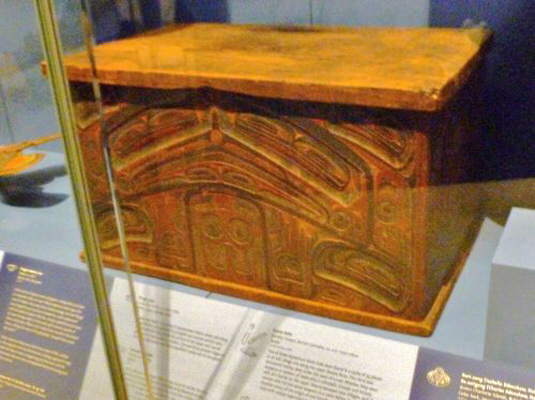 A annoying thing about these pieces is the reminder, yet again, that I still have a long way to go.

A wall of masks. The one in the center is modern; I don't know about the others but I think they are much older. 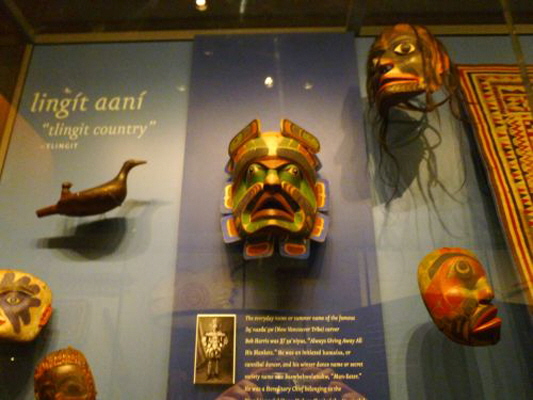 Finally we have another mask, carved into the marble of the building. The building the museum is housed in was the old Customs House which was built in 1907 (architect Cass Gilbert) and is one of the most spectacular buildings of the 20th century anywhere. 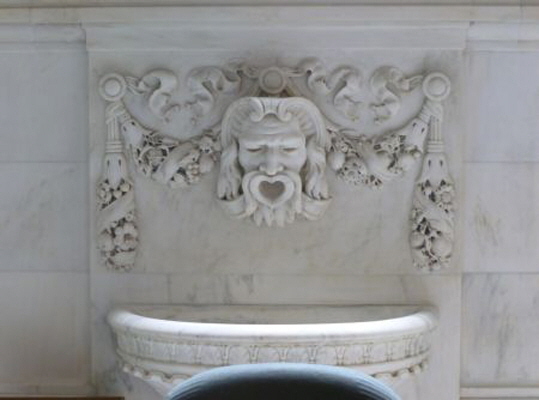 Note: In case you are curious I started making furniture because the stuff I liked I could not afford to buy. I also in general like making things. Museum exhibits make me curious about the world around me. I also find constant inspiration for both project ideas and just ideas about esthetic every time I wander through the halls of a museum. So I try to do that a lot.