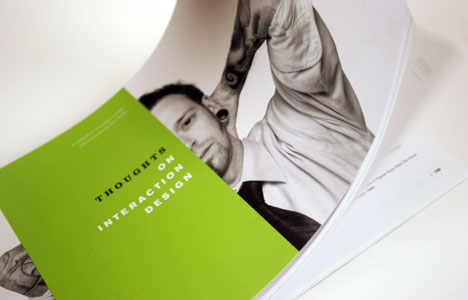 Where I live, upon hearing the word designer, most people presume fashion before industry. While that might also be a likely conclusion in Paris, I doubt that it's true in most of Scandinavia. America should ask itself why that is. Perhaps it's our culture or perhaps it's our scale. As a child, it didn't even dawn on me that one could study design. I just presumed that products appeared through spontaneous generation. The concept that someone actually sat down to design stuff seemed pretty far flung. If forced to pick who was responsible for America's industrial output, my best guess would have been engineers.

Sadly, most people in corporate America feel the same way. The gulfs between consumers, designers, engineers and corporate executives are all far too wide. The difference between designers and artists is that designers (occasionally) make art, but that in design there is always someone on the other end of the transaction, purchasing their work and then interacting with it. Into this confusing field, Jon Kolko, a Professor of Interaction and Industrial Design at the Savannah College of Art and Design has introduced Thoughts on Interaction Design. While designers have always needed to be jacks-of-all-trades, Kolko's book shows just how fuzzy the boundaries have become. Thus, although Thoughts on Interaction Design is not an industrial design book in the mold of Henry Dreyfuss or even Donald Norman, his Thoughts are just as important, because all industrial design is interaction design as well.As a reviewer of design books, I found that Kolko referenced all of the right bibles, from the aforementioned Dreyfuss and Norman to visual thinkers like Edward Tufte. His work is erudite, expressive and ably explains the field of interaction design using academic references, historical precedent and real world examples. Kolko also writes with just the right amount of indignation at the problems inherent in a traditional manufacturing flow. I remember feeling just the same way upon speaking with a writer of technical manuals who explained to me that the manual was usually written as an afterthought, once the manufactured product was coming off the assembly line. This struck me as profoundly backwards because any well-designed product must have had a designer who'd already given thought to how the product should be used, and flowcharts of an ideal user experience were probably even posted on a cubicle wall somewhere. Clearly, something is wrong with the way that products are brought from their inception to their introduction to the marketplace.

While Kolko's background in human computer interaction seems to makes Thoughts tailor-made for web designers and other graphical user interface (GUI) wizards, the basic divide between product and user applies regardless of the mechanism of interface. The designer of a car interior or a kitchen knife is as much an interaction designer as someone writing java scripts for websites. Kolko himself expresses this in the introduction, when he describes design as a both a language and a rhetoric. While discussions of semiotics seem speculative when applied to literature or media criticism, Kolko uses semiotics to analyze the process of creation rather than deconstruction. Kolko demands that designers take ownership of the process of design, in a way almost analogous to the Auteur theory of filmmaking. While he is definitely correct that design by committee is guaranteed to make a mediocre product, the designer as an Auteur retains as much responsibility to the user as to their own vision. The difficult part of design is balancing those two disparate requirements, and while Kolko acknowledges this dichotomy, he invests a great deal of trust in the designer. Whether right or wrong, his voice is deeply needed, because even if Kolko has too much faith in designers, corporate America certainly has too little.

Despite and perhaps because of its forays away from a strictly scientific approach to design, Thoughts on Interaction Design should be part of the canon for any aspiring designer who intends to design products that people actually use. Even if none of Kolko's personal conclusions suit your tastes, he's done the work, as they say, and his book serves as a solid bibliography for any design reading list, though it does not actually include any such formal section.

The tragedy is that while Thoughts on Interaction Design may become required reading for designers, the people that would benefit the most from reading the book are executives, engineers and managers. It seems like every decade, design is trumpeted as the new soul of business, but our era of porcelain Jonathan Ive emulation is actually a little different from streamlining and Raymond Loewy. The crux of that distinction is interaction design. So while Thoughts is a solid resource for designers, it is less important for designers to read than it is for us to proselytize and to try to pass a dog-eared copy up through middle management and hopefully all the way to the CEO.