In this episode of Yo! C77 Sketch, learn how to set up a relatively simple perspective for drawing cars

A lot of you have been asking me to draw a car and honestly I've been avoiding it! But for good reason… because it is hard. Drawing a car is a lot different from any other product conceptualization. I think this is because we have strong emotional associations with cars. So much so that our minds have built them up a system of symbols and it can be hard to get past those to draw what actually feels like an automobile. The most similarly difficult subject to draw is the human form and face. If you can master the human form and the car, then I think you can draw just about anything with ease. In this video, I set up a relatively simple perspective without a lot of forced vanishing points to make it a little easier on ourselves.

The more you get comfortable with sketching a vehicle the more you can start to play with challenging perspectives. For this video, I chose a relatively simple front 3/4 view with more emphasis on the front. Notice how I start by seeing up a very loose perspective box. Now I know you've seen a hundred demos where the guy draws a box and one step later it is magically jet fighter or an owl, but in this case I use the vertices of the box to act as centerlines for wheel ellipses. Once I have the wheels in place, I sketch out the shoulder line of the car, or the character line that tends to flow right over both wheels. Off of this I hook around the base of the front of the vehicle and rail the line up into the opposite fender. Now I have the lower half of the car blocked in and I can start adding form and detail to that. Notice how I build it around the centerline to create a strong personality to the front. this composition of elements on the front of the car is called the down road graphic, or DRG.

I'll start to build the upper half of the car, or the greenhouse, by sketching in the A,B, and C pillars. Notice how my A Pillar essentially points to the center of the front wheel ellipse. Likewise my C Pillar points toward the center of the rear wheel. The B Pillar doesn't go vertically, it slants in. That is because the greenhouse of a car is frequently tapered. This is called tumblehome. I also draw through the greenhouse showing the A,B, and C pillars on the opposite side of the car through the glass, which is called the daylight opening, or DLO.

Sketching a car is hard. Did this video make you any better at it? Probably not—it takes years of practice. I could teach a semester long class on just getting OK at sketching a car in a few perspectives. So if you are a little rough at it, don't beat yourself up. The key is to keep practicing. As always, post below with any comments, questions, or requests. 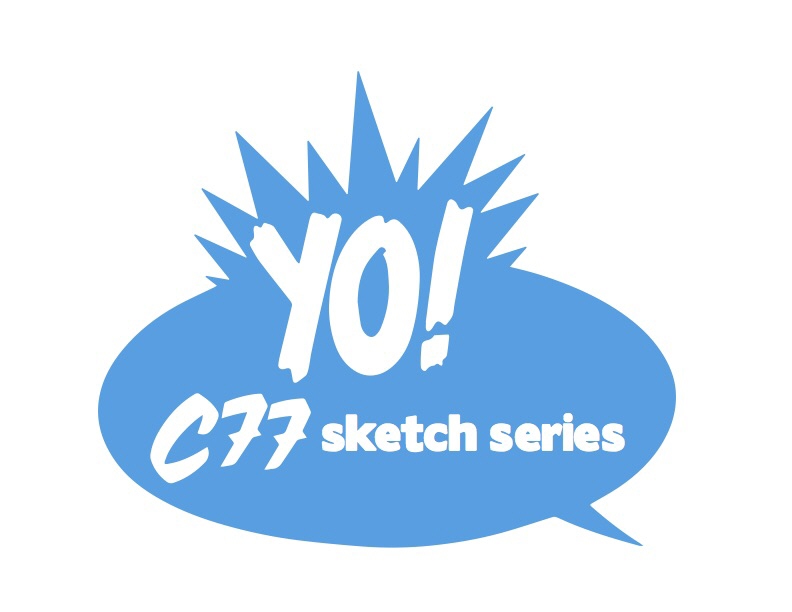 Yo! C77 Sketch is a video series from Core77 forum moderator and prolific designer, Michael DiTullo. In these tutorials, DiTullo walks you through step by step rapid visualization and ideation techniques to improve your everyday skills. Tired of that guy in the studio who always gets his ideas picked because of his hot sketches? Learn how to beat him at his own game, because the only thing worse than a bad idea sketched well is a great idea sketched poorly.