A Business Incubator Service that Comes to You

How do you help start-ups in a way that works for them?

Three years ago we started prototyping a new kind of incubation as a service. Not a building filled to the brim with young guys and their high tech, high growth app-building ventures, but instead, a kind of service that comes to you—and gets plugged into centers, workspaces, labs, makerspaces and bars. One of our first programs was in a bar called Crate in Hackney Wick, East London.

The service is called Upstarter, and we help creative producers, designers, theater makers, social innovators, and other folks with new ideas to develop great entrepreneurial muscles rapidly, while building an audience base and effectively prototyping their business. Typically these sort of people and ideas are not being supported by existing incubators who tend to focus more on scalable technology applications and services. In just six evenings, we got people off the starting blocks and in front of potential customers. 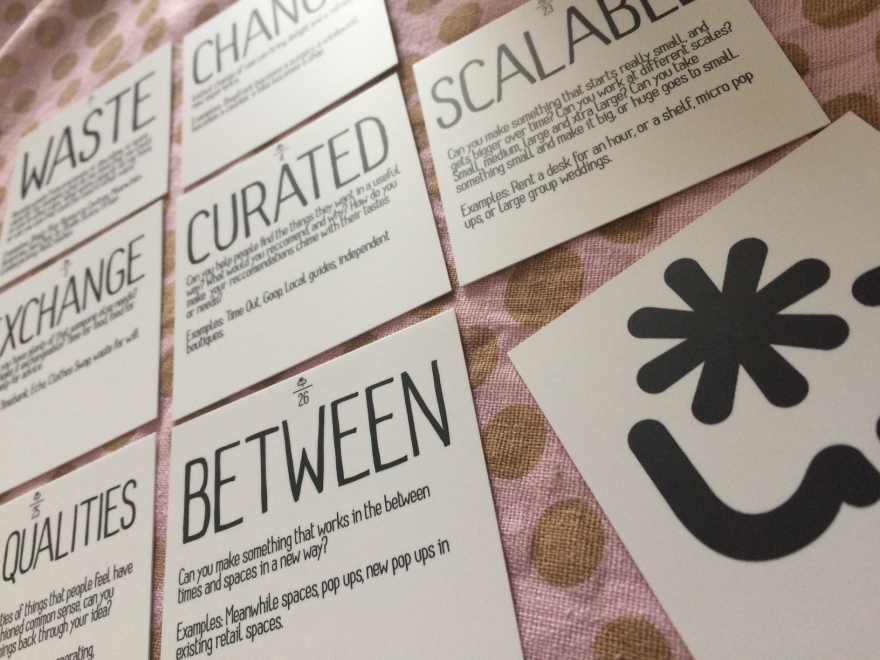 The tools we make to work with our entrepreneurs.

We've worked in many different spaces and places, and that's what we love to bring— 'incubation for the rest of us'—delivered in places where we are. And it's a non-profit organization, not a typical Silicon Valley style VC. This all started out at the UK Design Council with emerging technology startups. We then kicked the idea around at Carnegie Mellon University's Schools of Design & Architecture with the aim being to bring a little entrepreneurial opportunity to their students.

Now Upstarter runs a range of short and longer-term programs. We initiate events and do lots and lots of face-to-face mentoring. Our mentoring continues with some amazing startups such as Technikio, Museum in a Box, Circumstance, Mayfly.... and we have been lucky to work at Fab Lab Barcelona, Machines Room in London, Pervasive Media Studio in Bristol and many other partners. 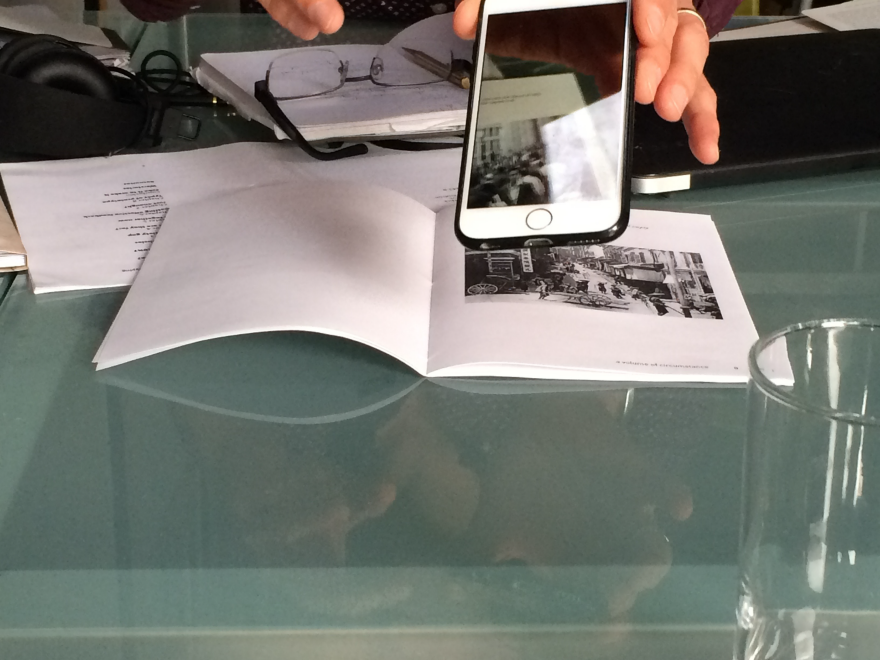 We are starting to extend our work with others, and a trip to NYC in February gave Upstarter the chance to reconnect with like-minded folk in the US, including Made In the Lower East Side (MiLES), Brooklyn Fashion and Design Accelerator and Civic Hall. We hope to return soon and bring some of our design-led, entrepreneurial support to micro business owners that are trying out new things, often combining their creative talents with solid intentions around positive social impact. 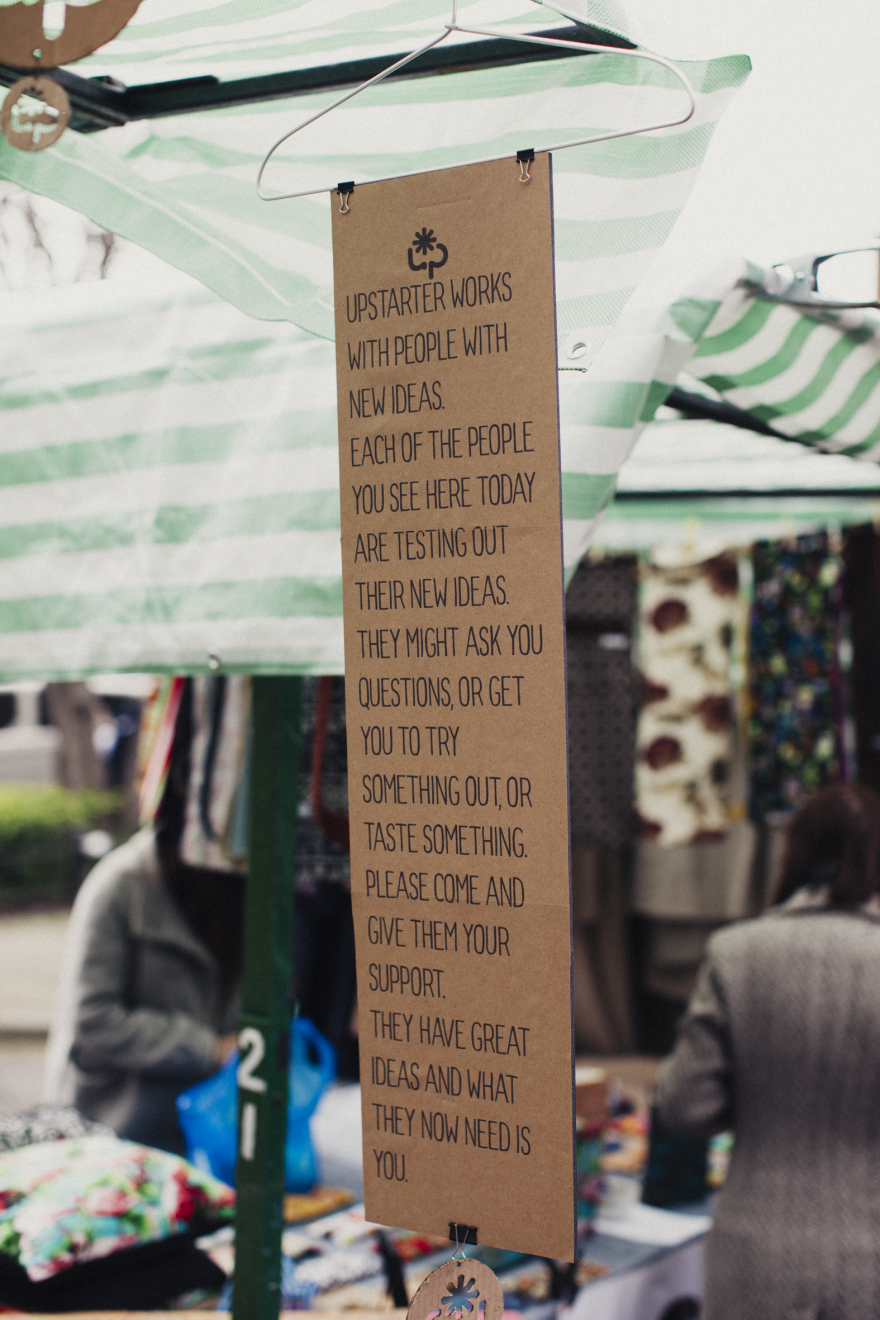 We know that our future economy is not only going to come from Silicon Valley but needs to be home grown around the world. Upstarter isn't doing this any of this alone. Instead we're just one part of a network of DIY enthusiasts, makers, designers and social innovators—a global community, a movement even, that could help transform economies. We're excited to help support people to make that happen.

A Business Incubator Service that Comes to You

Gill has pioneered the use of design in strategy and innovation for 20 years. She was educated as a designer at Manchester Metropolitan University; has an MA in Design Innovation and Strategy from Brunel University; and recently held Carnegie Mellon School of Design's Nierenberg Chair for 2 years.Her early career was as a researcher and developer of public services in play, youth and social action contexts. This used a people-centered practice of connecting local needs, networks and agencies called the community development approach.She created the design strategy agency Plot in 2004 after four years as a Design Manager at the UK Design Council. Plot has provided innovation labs, workshops and consultancy for a wide variety of public, private and third sector clients at different stages of their lifecycle.Right now, Gill's attention is focused on Upstarter the nomadic design-led incubator she has founded. It's mission is to stimulate embryonic enterprises using strategic design thinking, innovation and design methods. The Upstarter programme is active with partners in London, Bristol and Barcelona, and helps bring a mix of social, commercial and creative industry startups to life.