This post came about because in my nonstop effort to be difficult, I'm building a complicated four-drawer chest based on the designs of Major John Dunlap and Lieutenant Samuel Dunlap of New Hampshire. Before I get into a style you may be unfamiliar with, please indulge this history buff for some background.

The Dunlaps were part of a twisty legacy of immigration: Lowland Scots who emigrated to the Ulster area of Northern Ireland, then eventually across the Atlantic to New Hampshire and Maine via Boston in the late 17th and early 18th centuries. (Why so nomadic? Religious persecution. These folks were mostly Presbyterian living among predominantly Catholic societies. Ironically, the persecution occasionally followed them to New Hampshire where it was assumed that these folks, who came to be called Scots-Irish, must be Catholic based on their origins.)

There were of course furniture builders among these Scots-Irish, and the designs from this group are endearing, whimsical, idiosyncratic, and just plain weird. It's also interesting that the Northern Irish towns of Antrim and Londonderry, which these folks passed through, bore craft aesthetics similar to those that would pop up in the major style hub of Boston that dictated most of the furniture details in New England.

On With the Style

The Dunlaps worked primarily during the Rococo or Chippendale period, so being in New England we would expect detailed, asymmetric carvings, massive structures with lower centers of gravity and powerful ambiance like this Highboy built in Boston around 1750. (I took this picture at the Winterthur Museum by the way.) 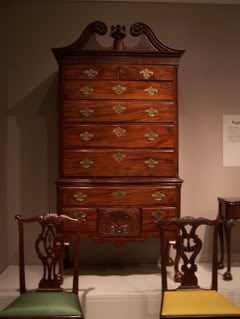 In contrast, the Dunlap cabinetry style adds an element of whimsy with unique and elaborate carvings unlike anything we see coming out of New England at the time. In some ways the ornamentation harkens back to a Baroque style. Basket-woven galleries and almost Celtic-derived scrollwork adorn the tops and bottoms of the cases. A signature flowered ogee molding is seen as a punctuation mark between elements, and upon closer examination seems to be a minimalist version of architectural egg-and-dart moldings. There's a prevalence of deep lower cases that seem to embrace the Chippendale massiveness but take it one step further. With these deeper lower cases came more elaborate scrollwork as well. This piece is somewhat iconic of this style and includes much of what I just mentioned: 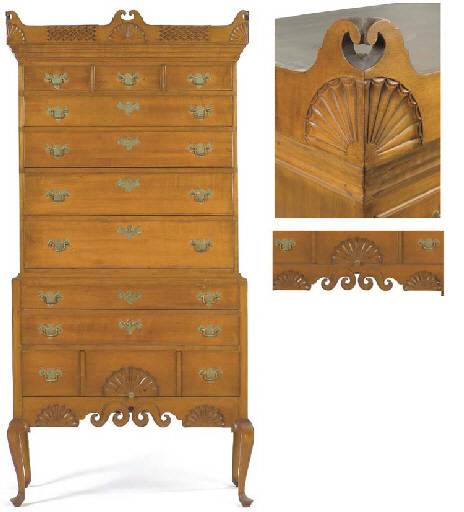 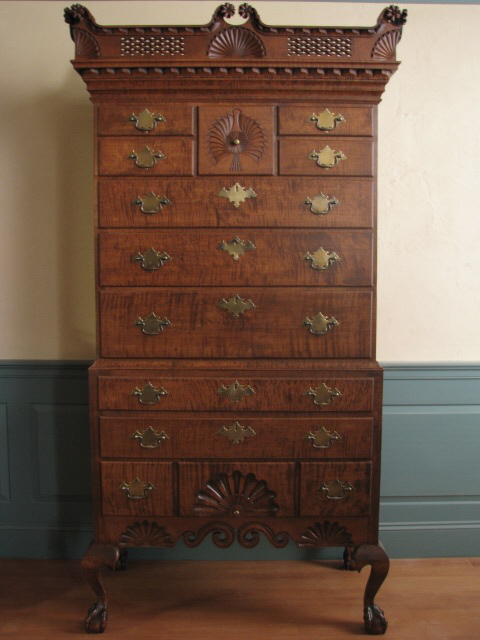 Here is a close look at the iconic basket weave and peacock fan typically seen on Dunlap pieces. You will also see the flower ogee molding above and below the top gallery. 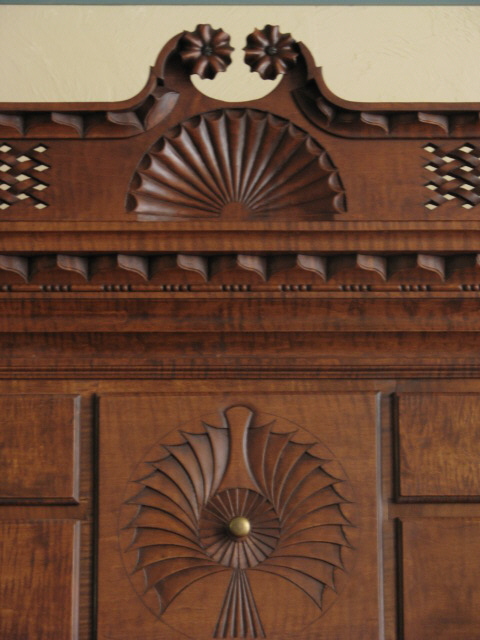 I will be curious to hear some of your thoughts on this piece. It is certainly different and, in my opinion, somewhat ugly. I think the offensive nature of it is what really attracted me and stirred me into further research. In many ways this style has grown on me and I believe when taken in moderation it can yield some amazing pieces.

I think some of the most constructive design exercises can be done when you force yourself to play in areas that you don't like. So if we take away some of the disproportions of the above piece, mellow down the carvings a little, and apply the chest-of-drawer form to it we end up with this piece, which will be the subject of my next build. 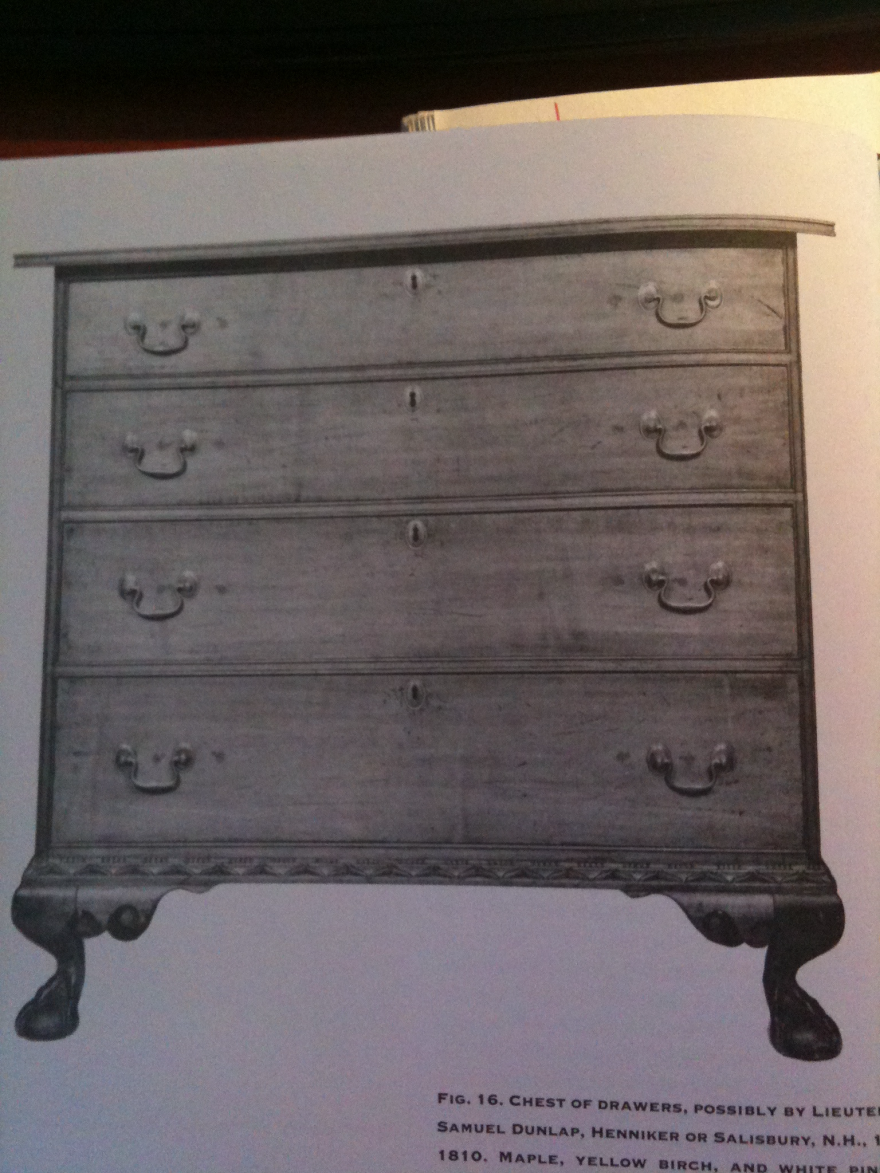 This chest was mostly likely built by Lt. Samuel Dunlap around 1795, and you will see that the proportions are more pleasing but the stubby feet keep that extreme low center of gravity to the piece. The distinctive flowered ogee molding is present as well. I think some of the reasons for this overall mellowing of the style is that period in which this was constructed. The idiosyncratic Dunlap style was really one for the American Revolution generations and as we move into the 19th century, this began to lessen.

By the way, I highly recommend the book "The Dunlap Cabinetmakers" for a much more detailed look into this style of furniture.