The Nuni Tortilla Toaster is a solution to the very real, very dire problem of how to heat tortillas. Have you ever tried to make soft tacos for more than one person? It sucks. The traditional methods that I'm personally accustomed to are functional but not without real issue. Method one relies on a comal or griddle which takes a grip of time to heat on the stove and most can only fit a couple tortillas at once. Method two is popping the suckers in a plastic bag and into the microwave. Despite learning that last one from an abuela and thus being technically beyond reproach, I'm pretty damn sure there's got to be a better way—at least healthfully speaking. You can also toast them over an open gas burner, and sure, enjoy your hair-free knuckles and slow food prep. 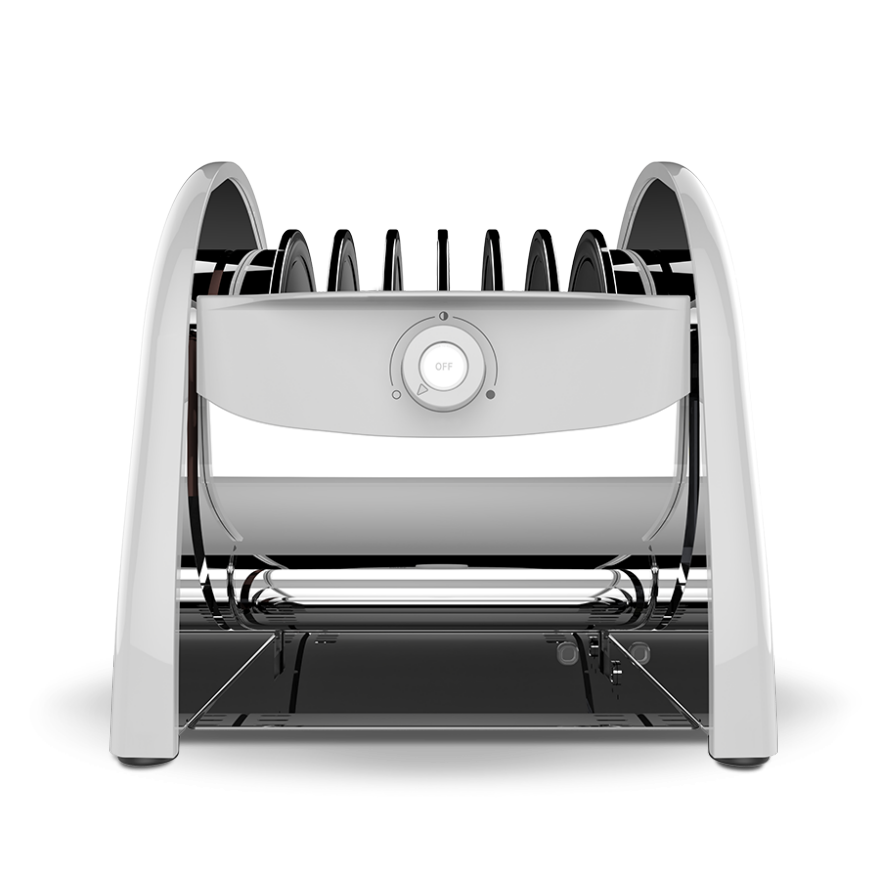 Enter Elliot Benitez, a designer from Chicago who knows we deserve more tortilla ease. Growing up in a Hispanic family, he got to see a lot of tortilla cuisine firsthand, and (like a designer would) he noted the inefficiency of batch re-heating tortillas. He calculates that over the last two decades his mom has spent around sixty extra days heating tortillas due to the comal's limited space. That's some pretty concerning tortilla math. His answer: The Nuni Toaster. 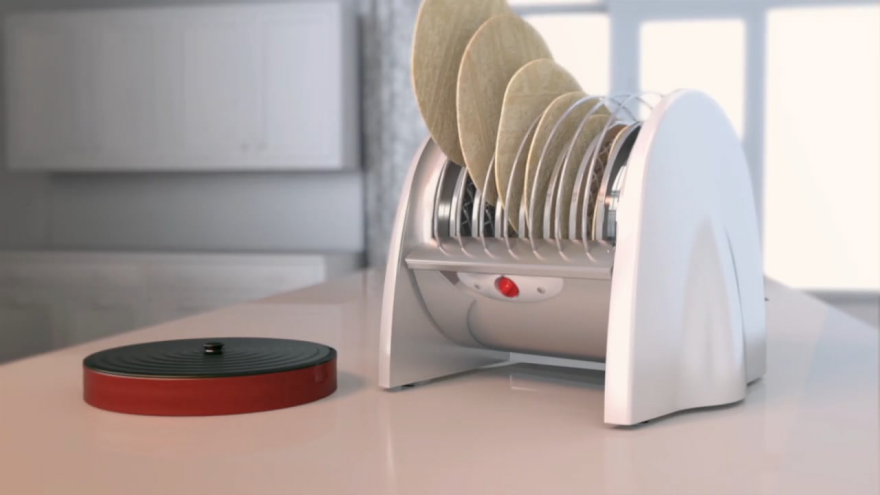 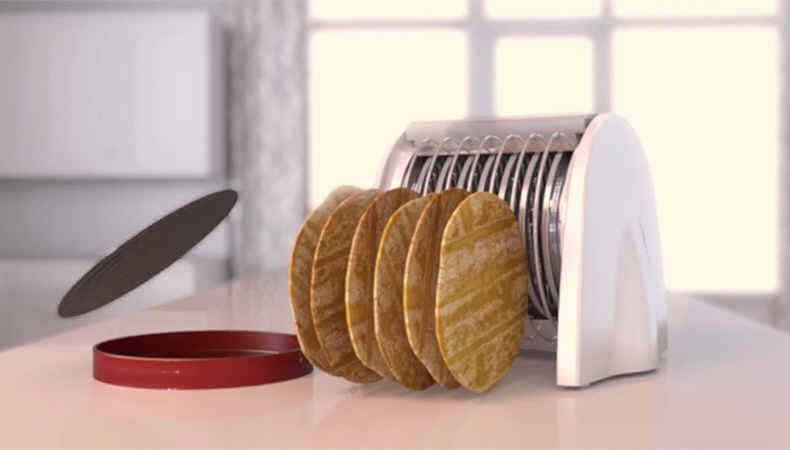 The Nuni is a project that takes real appreciation of tacos and local culture to heart. As Benitez told Chicagoist, "There are so many places around Chicago to get high-quality tortillas, a pack of a dozen will run you less than 50 cents." But high quality tortillas and communal eating go together. This toaster takes up to six tortillas at a time, offers settings for toastiness, closes to keep the vital steamy heat in, and rotates down and out to make tortilla retrieval easy. 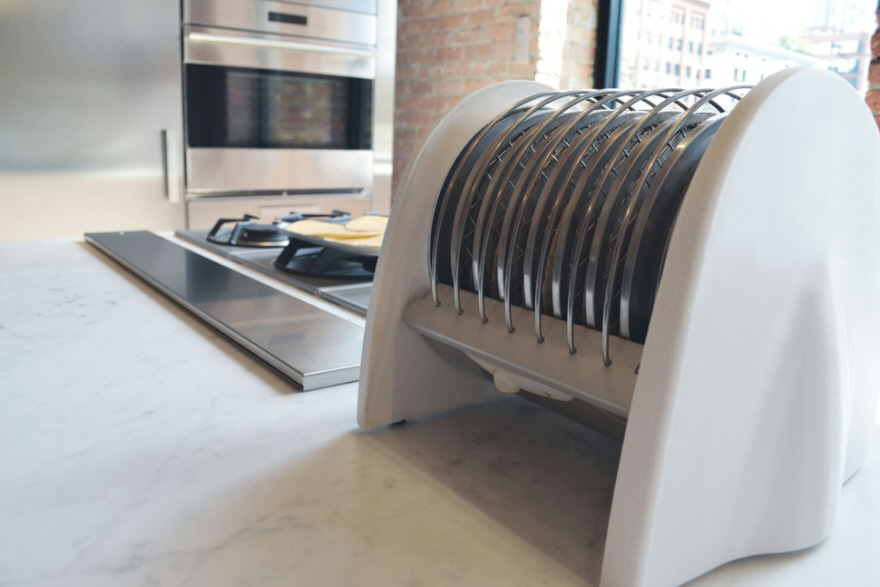 The only real design quibble I can come up with is wanting the release function to tip the tortillas out more gracefully. Maybe dropping them into a mating crumb tray, or releasing on an angle for one at a time grabbing. But particularly for a first iteration it seems just fine.

As single use kitchen equipment goes this one either makes sense for you or it doesn't. For those of us with an unquestioned budget column for corn products this could be a game changer.

Regardless of whether you've felt the need for one personally, it's nice to see innovation in product design for foods that often go overlooked in the US. And anything that might get a soft warm tortilla into my hands faster deserves a chance.

After crowdfunding last year, Nuni is currently available for presale and looks to be landing some time this spring or summer.