Designer's Curse takes many forms: We are the folks crawling around underneath a display table in a store to see how it's put together, embarrassing our spouse; straining to peek behind something to see how it's mounted to the wall while the museum guard watches you like a hawk; opening a door, then stopping and crouching down because the knob is somehow fascinating and you need to give it a close inspection.

And only a designer would think to send in a furniture design mini-review while in the hospital waiting for his wife to give birth. UI/UX designer, Core77 reader and new father Jason Pokines writes in:

My wife and I are new parents, so I've had the joy of spending quite a few mostly sleepless nights in a hospital recently. The hospital we delivered in (Mercy of Lorain, Ohio) was newly remodeled, and had some custom sleeper sofas in every room.

I was in love with the couch we had that converted to a single bed. I looked it up and it's called the Wieland SleepTwo. It seems they are made to order, and in our hospital's case they were made to fit the width of a specific alcove in the room. 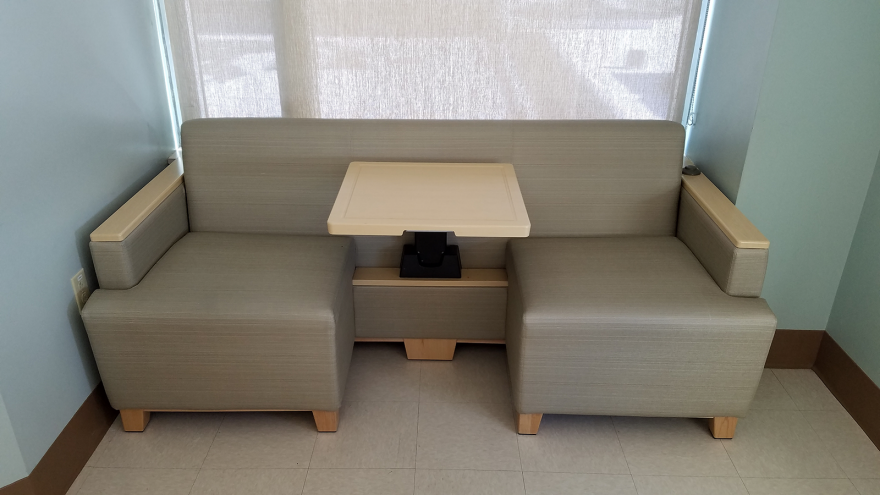 Note that the placement of the table allows two to sit face-to-face.

This handle beneath the table… 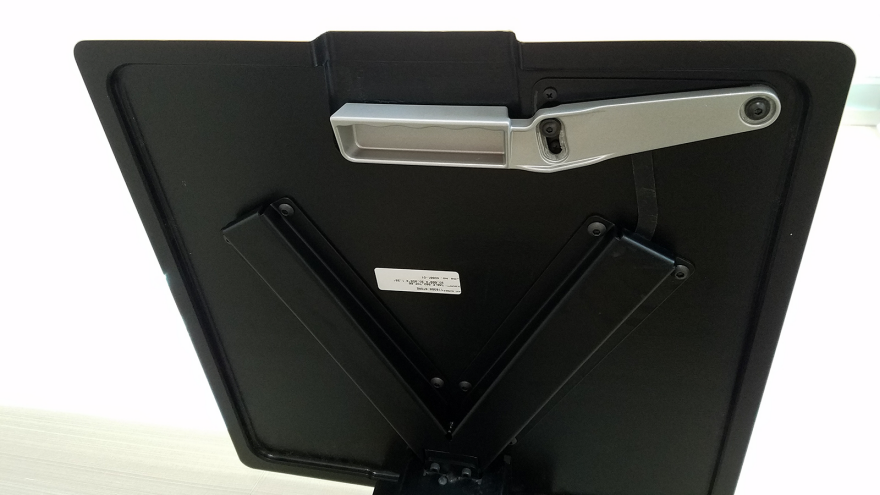 …allows you to lower the table level with the seats.

Then you can press this button… 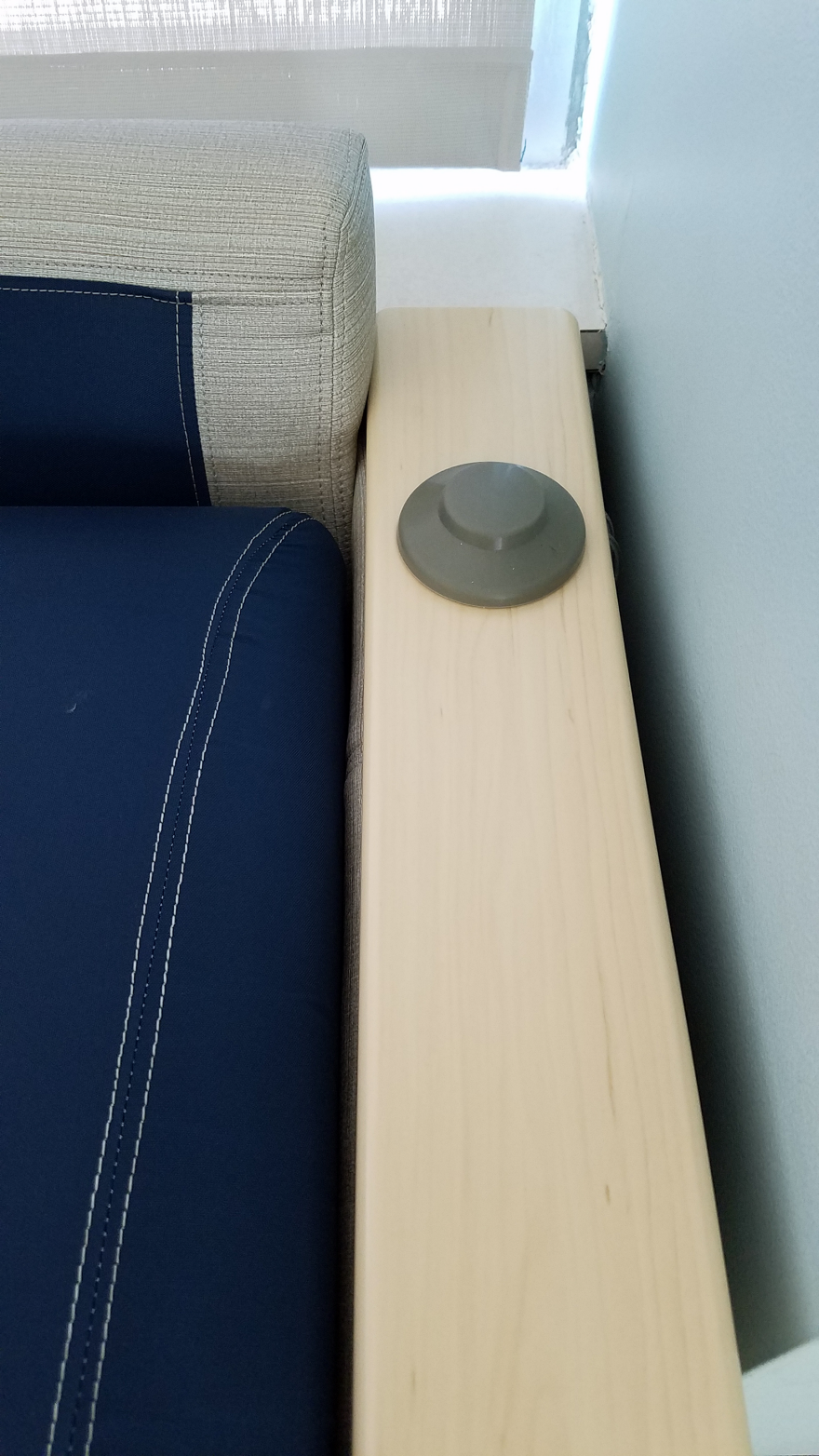 …to release the back, which automatically raises it up.

Now you can fold the back flat. 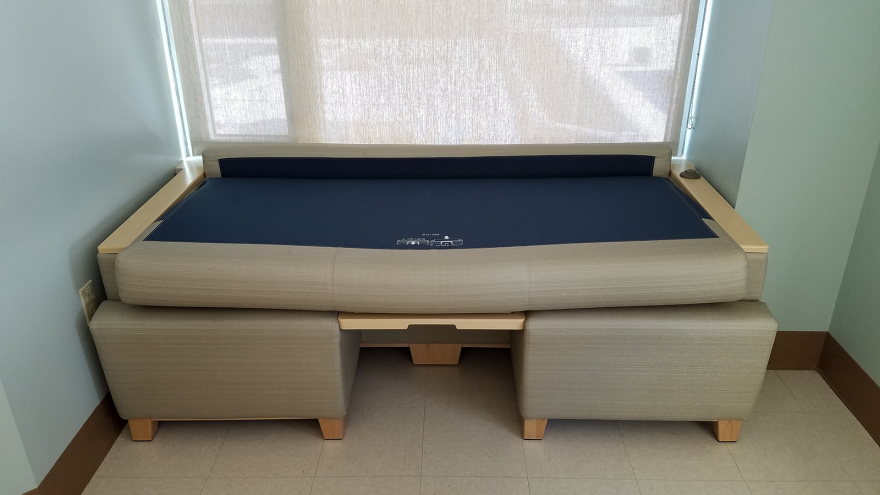 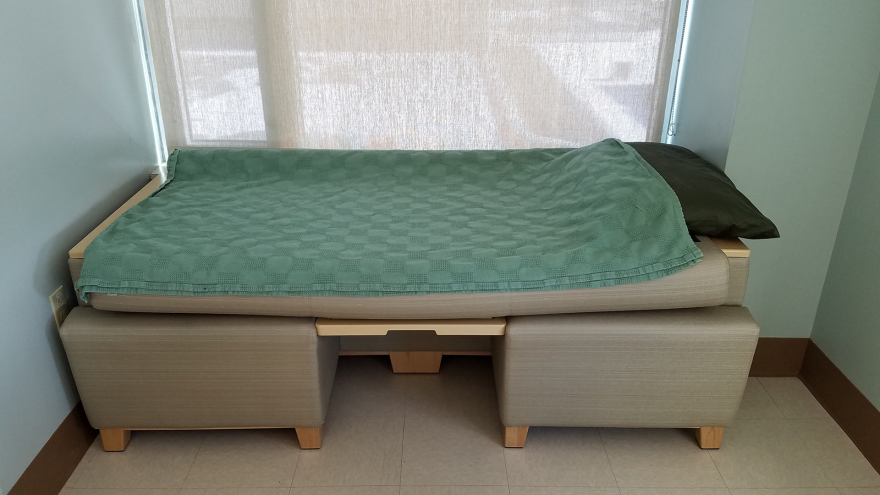 Here's how you put it back into sofa mode. 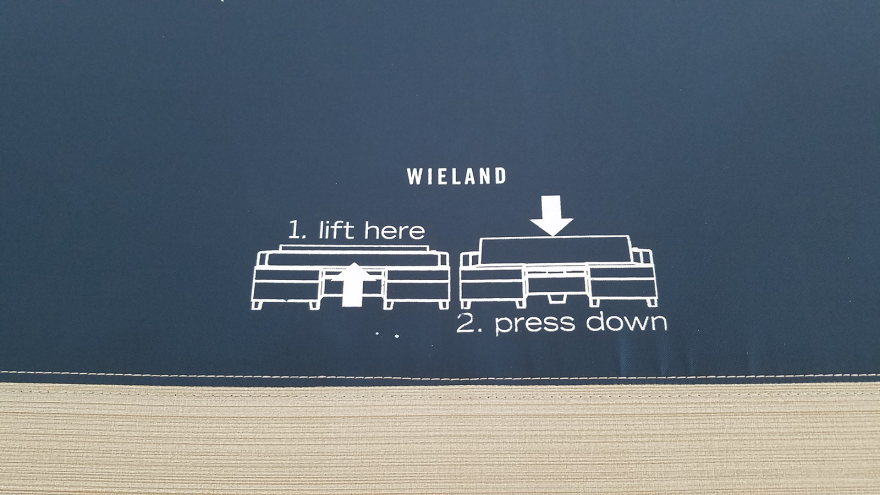 One was that I'm of "average" height at 5' 7", and I found my heels were hitting the armrest at the end, so I can imagine taller folk would find issue with Mercy's choice in dimensions.

Two was that when the back is released the cover rubs against the back support, making a very loud zipper sound - a bit of an issue when you don't want to disturb a sleeping mother and baby.

Other than that, I thought this sofa was awesome. Very comfortable and practical. Check it out, and enjoy!

Here's how it looks in action:

Thanks for sending this in Jason, and congratulations to your and your wife! And your new child, whom we expect you've named "Wieland SleepTwo Pokines."

Also remember that when you go cake shopping for your child's first birthday, we expect a review of the interior design of the cake store.