In 1984, art dealer Sandy Millikan sat down with Wendell Castle and said, "Wendell, if you do another show of furniture, you are going to get labeled a furnituremaker. If you want to be an artist and be in the fine arts world, I think you have to deal with the issue of art. Now how do we do that?" (The quote is from Fine Woodworking #59.) The result was a exhibition of thirteen clocks, including the non-functional "Ghost Clock" which is one of the centerpieces of the modern furniture on display in the permanent collection of the Renwick Gallery in Washington DC. 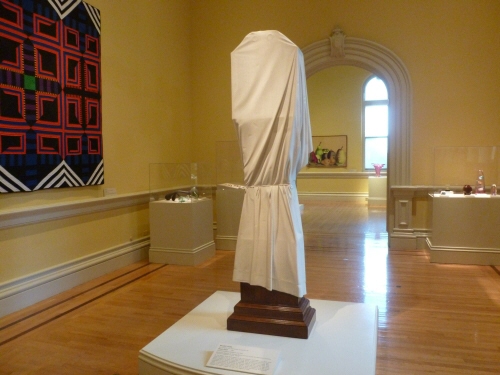 The Renwick, which is part of the Smithsonian Institute, states on their website: "The collection, exhibition program and publications presented by the Renwick Gallery highlight the best craft objects and decorative arts from the 19th century to the present."

But it doesn't. And this is what so disappointing to me. What it mostly shows is well-made art objects that have no relationship at all to the working craftspeople in this country.

One of the glaring differences between the furniture in great collections such as Winterthur, The Metropolitan Museum of Art, and the Kaufman collection at the National Gallery is that the furniture in those collections represents the high end of furniture that was actually used. Some cabinetmaker, signed or anonymous, made something for some customer, and it got delivered and used in their house. Sure, it's mostly fancy stuff, but the work had context. These days hundreds of cabinetmakers are making furniture and architectural woodwork pieces—some spectacular—that have similar context, for use the way people use built objects today. The museum world ignores them.

How is anyone supposed to learn about how modern craft fits in their world if the educational resources are stuck in an ivory tower? Where are the exhibits of real modern woodworking? I have customers who are doing spectacular work for clients. Sometimes it's furniture, but more usually interiors. Bedrooms, living rooms, and of course, kitchens. It's not all good, but some is real great, and some shows great craft.

By the way, Wendell Castle is a really talented guy, an early issue of FWW showed off some of his more useful functional pieces. It's a shame that the Renwick isn't showing something that is much harder to design than an art piece. You see, to design a piece of furniture (or building) that is functional, useful, and also passes a sniff test of master craftsmanship, art, and engenders thoughtful discussion is a lot harder than just making some art piece. I think also in our society if a piece is functional it's automatically downgraded from being art.

Yes, you say, but what about the Maloof double rocker and Krenov cabinet on display in the same exhibit? Those pieces are functional. They are, and I was very happy to see them. I'm a big Maloof fan and copied one of his desks years ago. But I would suggest that the pieces on display by both Krenov and Maloof are more art pieces than other furniture these makers made for use in daily life.

The Krenov cabinet, which is elegant and lovely, isn't a practical piece in any modern context. It's a curio cabinet, not a take on furniture that Americans regularly use in their houses. 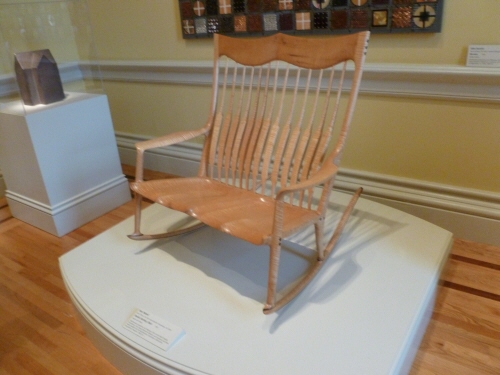 The Maloof double rocker is almost a joke on his signature single rocker, which is awesome. Maloof built hundreds of pieces that are absolutely modern in their usage. This chair is a collectible—more than something one would sit in every day. His rockers are great modern furniture and what would you rather own, one of his regular rockers that are comfortable and fun, or this double rocker, which you might sit in when? His desks are wonderful examples on how modern craft can interpret classic forms.

Here is what I want to see at the Renwick: An exhibit of modern desks. I want to see what people are making to actually use as desks in the modern computer age. From fancy financial workstations, to something elegant and comfortable that works with my laptop and printer. I want to be inspired. I want to see the best of modern architectural woodworking. For example, more than a decade ago there was a bar in NYC called Iridium where upstairs the interior looked like it was built by the mad hatter's cabinetmaker. Nothing was square, everything was curved, crazy, and unbelievably cool. (I haven't been there in over a decade, and I don't know what remains of the original interior.) But that's great design, and great craft was needed to pull it off. This is what should be on exhibit. 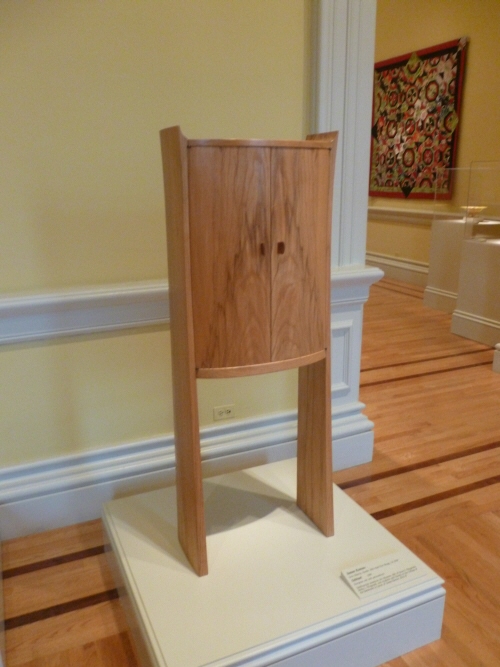 Note: Another issue I have with the Renwick—and just about every furniture exhibit on the planet—is the insistence of curators to display all furniture on three inch platforms. Sure it's great for making sure people don't bump into valuable stuff, but the raised height gives a deceptive sense of scale to the work.

Some museums do it right. Many years ago I was at the Design Museum at Canary Wharf in London, and in addition to all the stuff roped off, the museum had assembled a group of about a dozen modern chairs, all reproductions of the iconic designs of the twentieth century, and you were welcome to sit in them. I learned more about chairs and appreciating modern design in twenty minutes that you could possibly believe.