The Key Wrangler, Yea or Nay? 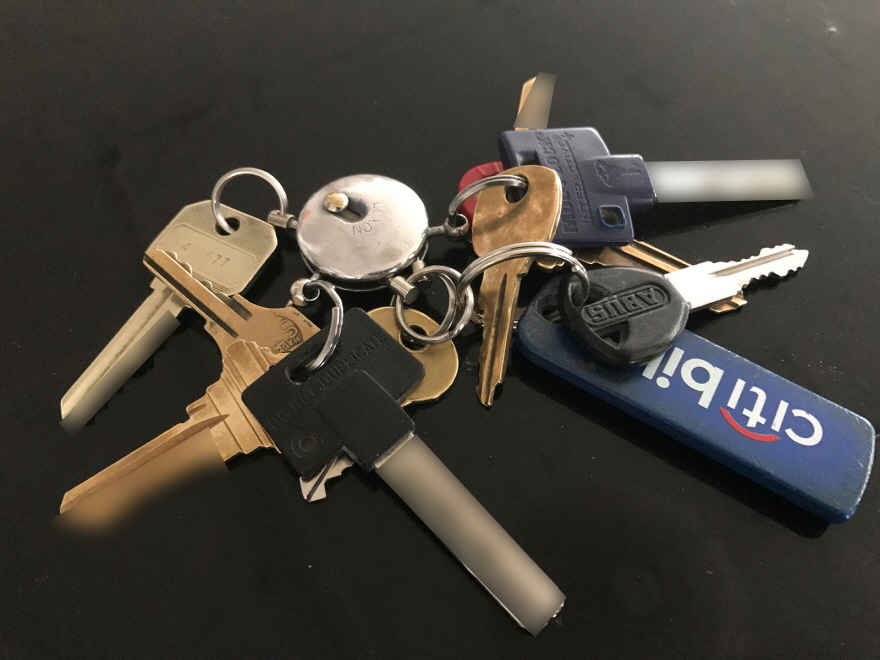 This is the absurd amount of keys I carry on a daily basis. Each time I'm in front of a lock I pull the keys out, then jangle them around until the relevant key appears. I hate this daily mini-time-waster but I've not been able to think up a solution.

So I wonder: Is this it?

I can see it being useful for those times when you need three keys in sequence, but I can't decide if this would feel too brick-like in my pocket. As bulky as my current key system is, in my pocket it relaxes into a limber shape like an octopus.

Those of you who carry craploads of keys: What say you? Would the solid brick in your pocket be worth the convenience of having the keys stacked, ordered and correctly oriented? Of course, you could always go the belt loop route...

...but I don't like people to hear me coming.

The Key Wrangler, Yea or Nay?