Every rainbow comes from somewhere

Gilbert Baker, long time LGBT+ activist and designer of the internationally beloved rainbow flag, has passed away. Baker began his life as an artist, performer and organizer in 1972, after being honorably discharged from the army while stationed in San Francisco. His beneficial environment and timing allowed him to learn sewing, and he quickly lent his talents to anti-war efforts and the early LGBT+ rights movement.

Baker designed and fabricated banners, posters and flags for events, and became close with rights activists and local political organizers like Harvey Milk. Later in life, he created flags for world leaders, miles-long installations in memory of major human rights events like the Stonewall Riots and performed under the good natured drag name Busty Ross. 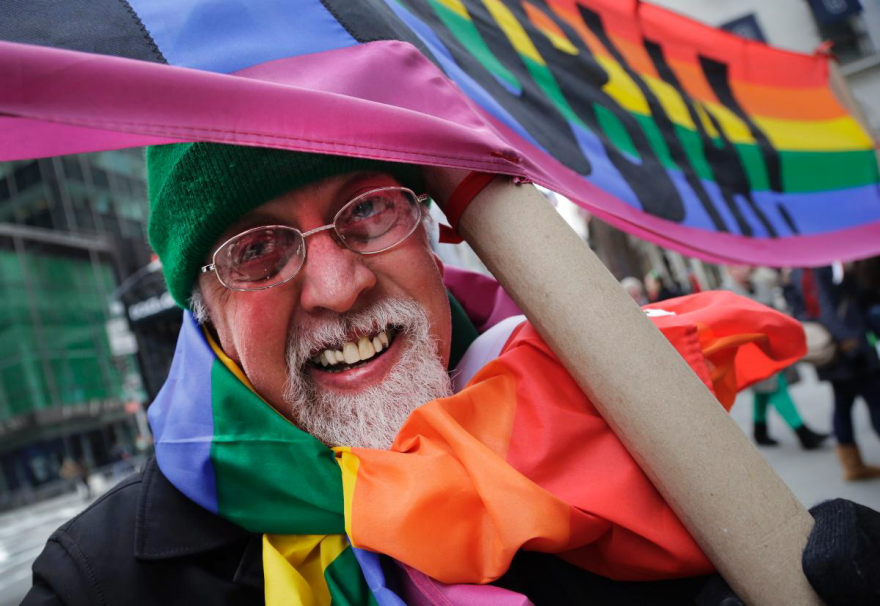 If good design feels totally natural, the success of the rainbow flag has been almost supernatural. The rainbow is so widely used as a signifier of queer designation or inclusion that several of the designers I interviewed hadn't realized it was created by an individual person. That says a good deal about the design savvy of that individual person.

The LGBT+ community of the 1970s was struggling to create a coherent visual symbol for organization and visibility, and Baker went through a massive number of iterations in search of a unifying design. Rejecting more fraught designs like the Greek lambda symbol, and the pink triangle (repurposed from Nazi internment badges worn by "degenerates"), Baker wanted a symbol that felt uplifting, loving, natural and self-sufficient. 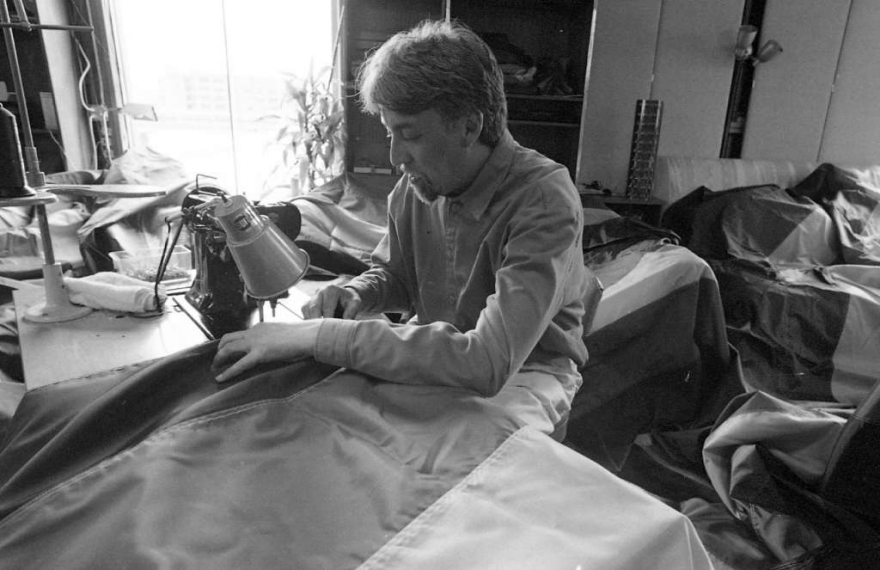 The rainbow flag was taken in part from the counter-cultural, colorful and nature-loving hippy elements still swirling around the Bay Area, and in part from queer creative artists in the region who employed color and metaphor in their work. (Some sources cite Allen Ginsberg directly but without attribution.) The original design used eight simple colored bars, running from hot pink through violet, each representing an element of a positive and well balanced life. The flag is traditionally flown horizontally, with pink/red hues at the top as found in naturally occurring rainbows.

The first public use of the rainbow flag was during the 1978 Pride Parade. It was accomplished with the help of over 30 people, who surreptitiously dyed their fabrics at late night laundromats and sewed collaboratively. This collaborative spirit would endure over the life of the flag, as Baker staunchly declined to patent his design, considering it a shared symbol and gift to the community. 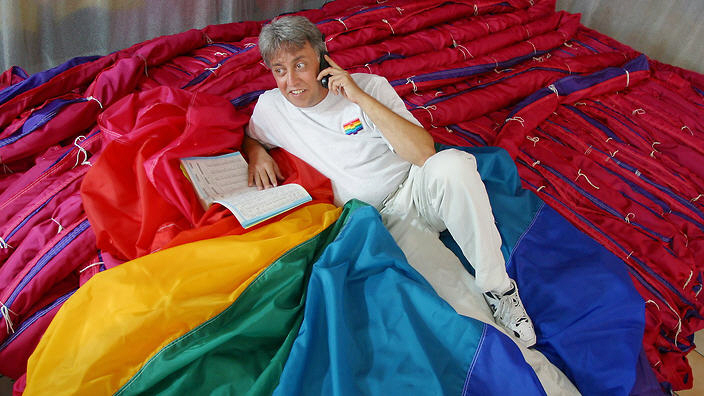 As resistance to the queer rights movement and tragic events like the assassination of Harvey Milk later in 1978 helped spread the adoption of the flag, its popularity became an issue. Baker had begun working with local flag retailer to manufacture flags for commercial release, but ran into trouble when hot pink fabric became difficult to find. After some deliberation, the activist decided to produce the flag sans-pink field, and shortly after dropped the turquoise bar as well, in order to keep availability and visibility easy.

The now familiar red-orange-yellow-green-blue-violet flag has been on the rise since then. Today it graces gay bars, street signs, accessories, murals, bumper stickers, state houses and personal homes around the world. It's marched in innumerable Pride parades, and it's a legally protected symbol of social identity, barred from use as basis for exclusionary treatment. 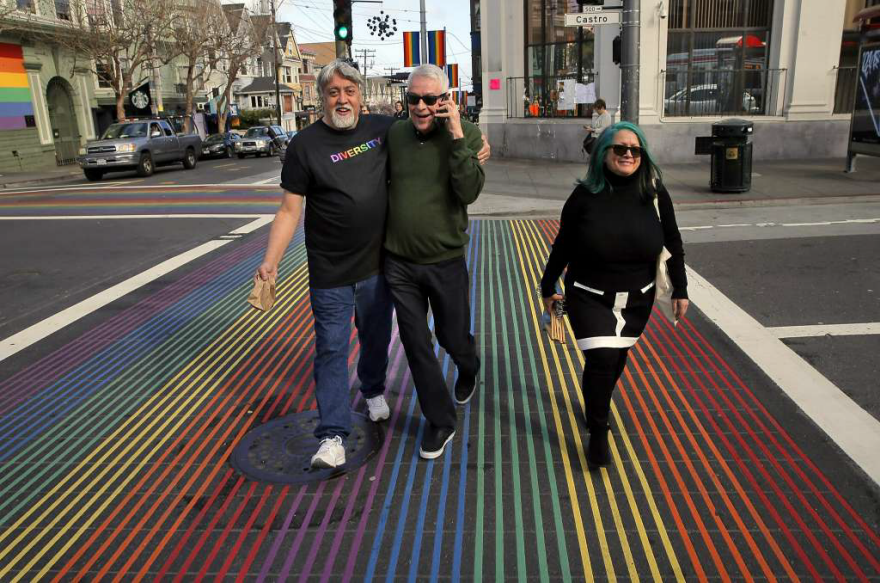 Flags are a curious type of iconography. As even casual vexillologists will point out, a really successful flag is defined by simplicity in both form and meaning. The almost "obvious" feeling of the rainbow flag speaks volumes about this rule. Despite its subcultural origins and complex umbrella of ideas represented, the rainbow flag is among the most familiar and famous flags in the world. For this we can thank Gilbert Baker's simple design, generous spirit, and colorful activism.

Baker passed peacefully in his sleep in his NYC home on Friday, March 31, 2017.