Years ago I saw something like this outside a convenience store in Seoul: 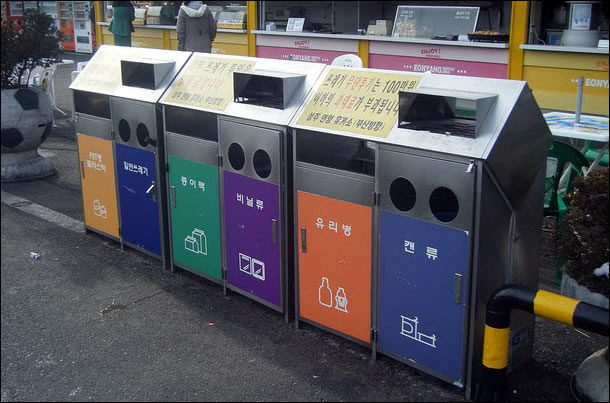 Outside of America, lots of countries have more than three measly recycling bins, with consumers trained to separate different types of plastic to make things easier at the recycling facilities. A local in Korea explained to me that after you're done with a drink bottle, the caps (polypropylene) go into one bin, while the bottles (PET) go into another. 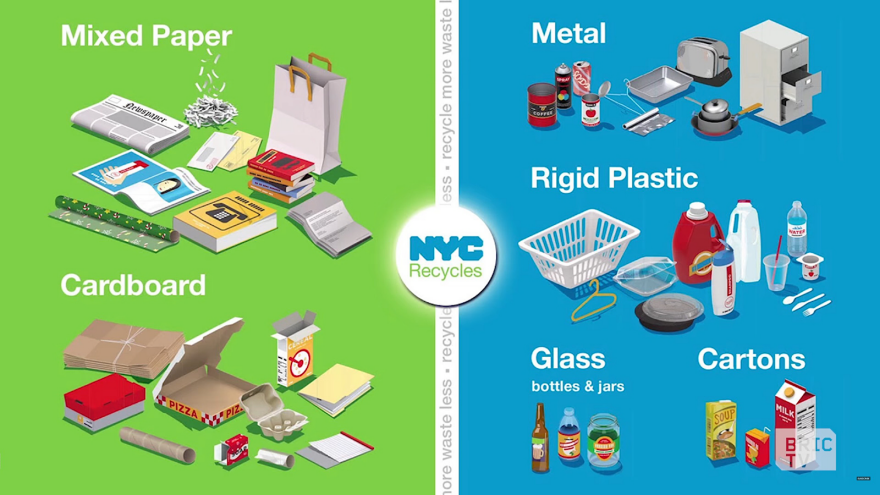 Such attention to detail cannot be requested of Americans, of course. Hell, in New York City we don't even separate our plastics and metals (the green and blue categories at left are as far as we take it), and your average Gothamite doesn't know the difference between PET, HDPE and PP. So how do New York City's recycling facilities separate all of that stuff?

To find out, here we take a look at the Sims Materials Recovery Facility in Brooklyn, which is partially solar- and wind-powered and employs a variety of hi-tech tricks to separate the wheat from the chaff:

Not mentioned in the video is that the Sims facility is constructed almost entirely out of recycled steel. Also, three artificial reefs were constructed to the west of the pier it sits on, in order to provide a habitat for marine life. The "40-50% figure Outerbridge cites in the video is disturbing, but at least the City is taking steps to make a dent.