Step up your rotary tool game

After reading our "How to Fix Your Dremel" post, reader Nathan D. had this to say:

"After you burn out six or seven [Dremels] it starts to become apparent why jewelers always favor the much beefier flexible shaft grinder motors that hang overhead. Even a cheap used one will outlive any (not-at-all-cheap) self-contained Dremel, accept a wider variety of collets and burrs and pay for itself many times over. Doesn't take up much more space in the drawer, either." 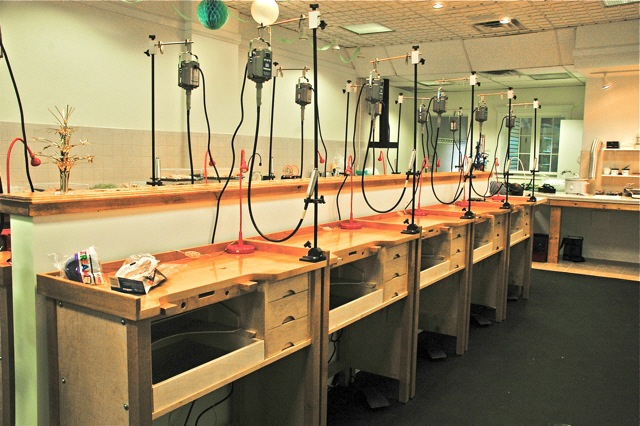 Nathan's points are well-taken. The reason many of us used handheld Dremels at design school was because they could easily be carried between the studio and your dorm room, where you could continue carving blue foam (preferably over your roommate's bed) at night. But for those who are consistently doing work with a rotary tool at a dedicated bench, an overhead flex shaft machine is tough to beat. For those unfamiliar with this arrangement, we'll run down the basics here. 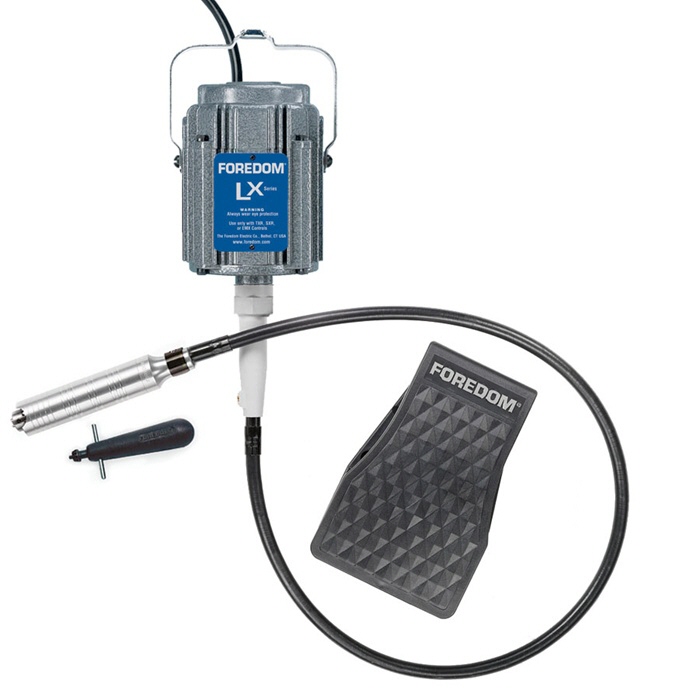 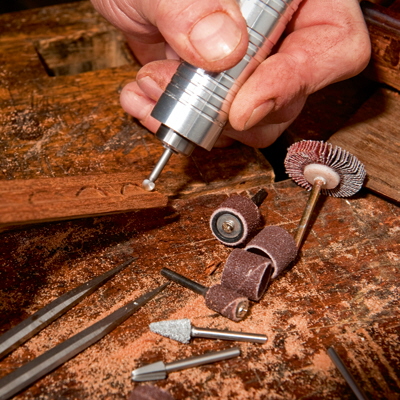 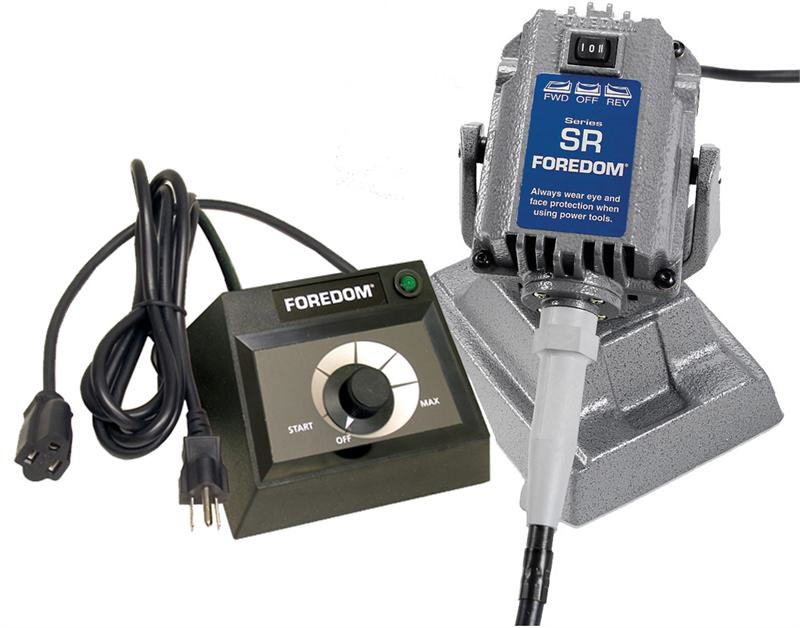 A flex shaft rotary tool separates the motor and the handpiece (the business end that holds the bits) by means of a flexible shaft, usually around three feet long. The speed is most commonly controlled by foot pedal, though you can also find models with hand dials. The overall arrangement is ergonomically superior because you're not manipulating the bit while trying to balance the weight of the tool in your hand, nor fussing with a variable-speed slider on the tool itself. 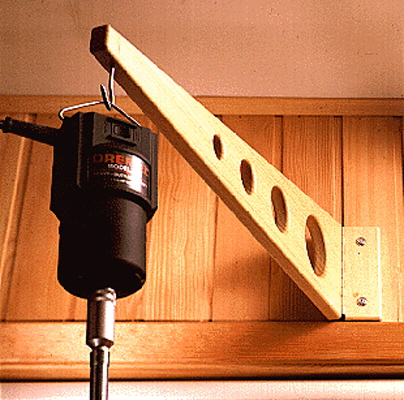 When you mount it this way, Billy doesn't learn anything

You can reduce benchtop clutter by placing the motor overhead, in one of two ways: You can hang it from a bracket, or you can have your small child balance on some rickety boxes and hold it out with their arm, a great character-building experience. Whichever method you choose, the initial set-up may require some fussing to get the height correct; you need enough slack in the flex shaft for you to approach your work at the desired angle, but not so much slack that the cable is interfering with other stuff on your bench. (Also, children's arms can grow tired over a period of hours and start to droop, so that's a consideration.)

An additional advantage of a flex shaft grinder is that you can get models that can also run in reverse. That's a boon if you're grinding something and, depending on your angle of attack and whether you're left- or right-handed, want the removed material to shoot off in a particular direction. Think of when you were grinding the blue foam in your dorm room: You wanted all the foam dust to go into your roommate's sheets, not back into your own shirt. 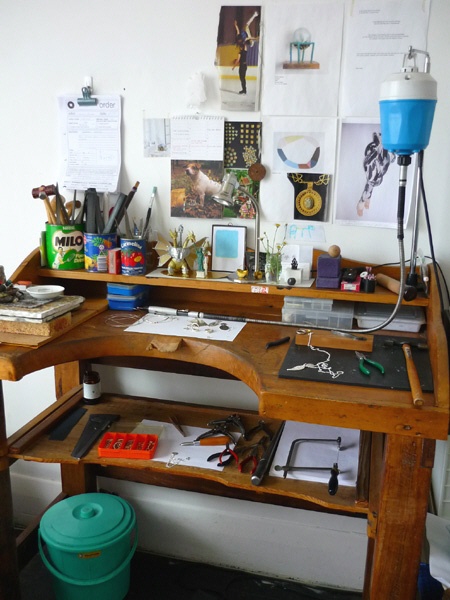 You can buy low-end flex shaft grinders from companies like Grizzly or Prodigy for as little as $75-$100. Dremel themselves make a flex shaft grinder that they sell at Home Depot for $200-plus. The top-of-the-line is probably Foredom, which will run you in the mid-$200 to mid-$300 range for a good set-up.

Those prices are for new units. As Nathan pointed out, they can be found cheaper on the used market.

If you want to learn more about flex shaft grinders and are thinking about getting one, Seattle-based jeweler/teacher/writer/metalsmith Andy Cooperman has written a wonderfully comprehensive seven-article series that covers every flex shaft topic you can think of. Check it out here.