Here we'll go into Mid Century Mobler's MCM Pick of the Week, Kaare Klint's Safari Chair. An early example of flatpack furniture, this chair, designed in the peacetime between two world wars, has its roots in military campaigns. 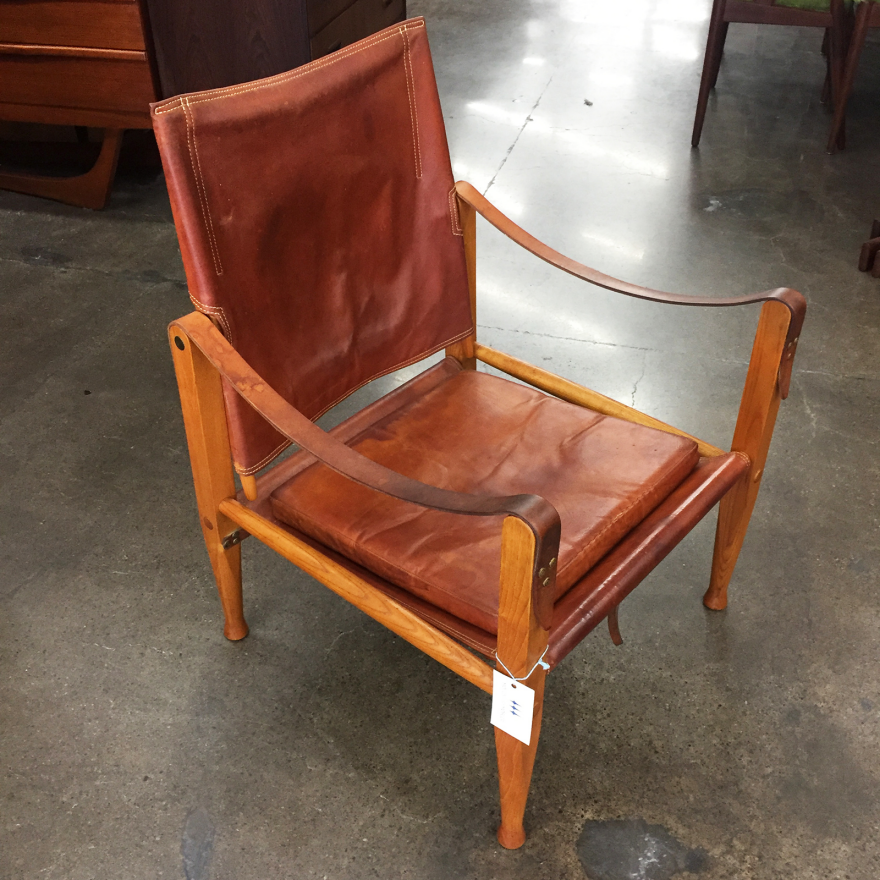 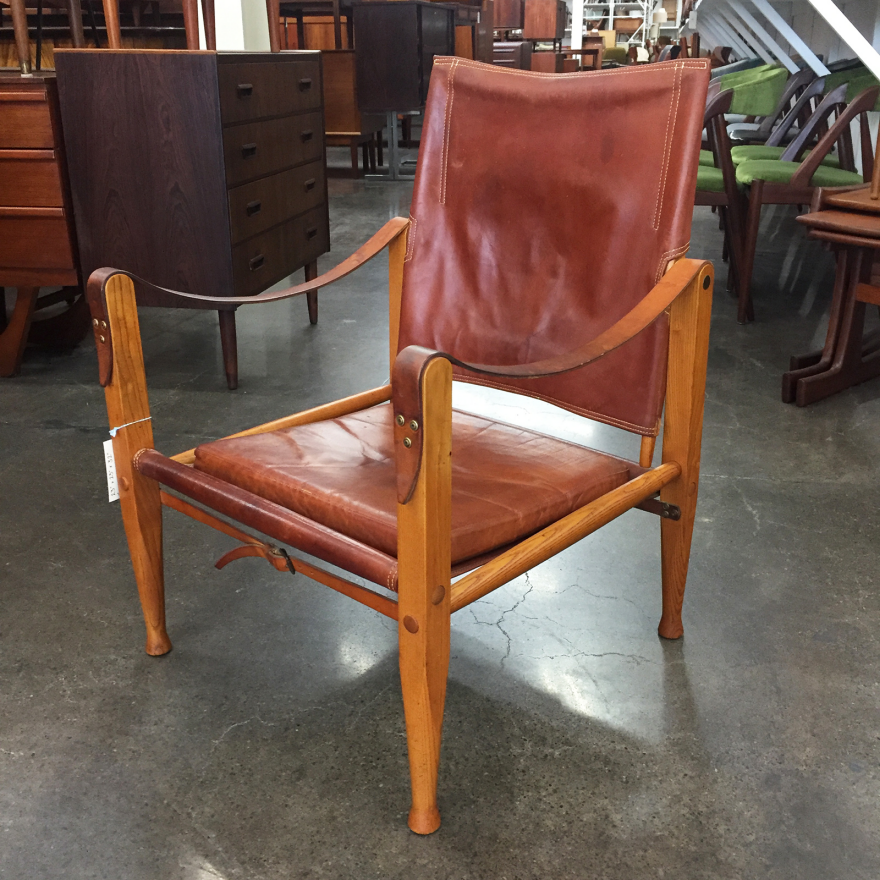 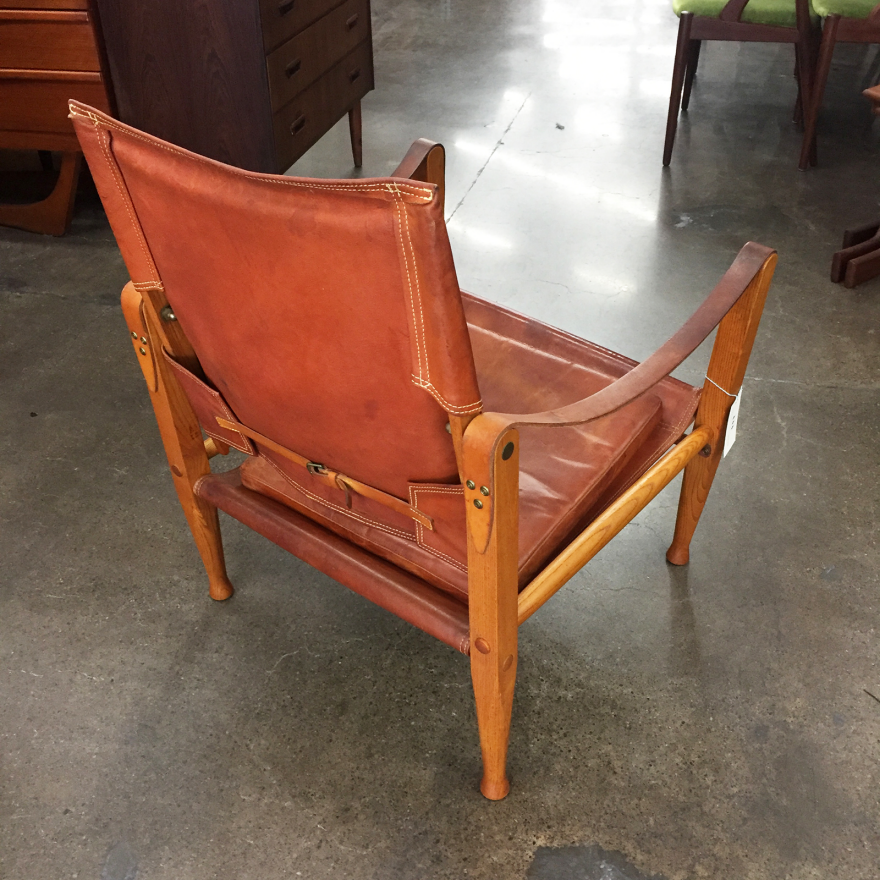 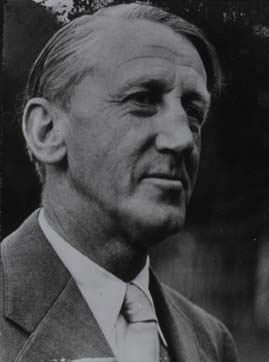 Kaare Klint is known as the father of the Danish Modern style of furniture design. Born in Copenhagen in 1888, Klint began apprenticing as a furniture builder at the age of 15. He learned technical drawing at an industrial arts school and also attended an art school, where his talent as a painter emerged. Additionally, he was exposed to architecture through the instruction of his father, a working architect.

As he began developing his own designs, Klint managed to blend three disparate elements: Danish craftsmanship, the clean lines of Modernism and the clear-eyed practicality of Functionalism. According to Danish-Furniture.com,

While Modernism — Bauhaus — was rejecting its heritage, Klint embraced it. He believed that a thorough understanding of materials, proportions and constructions of classical furniture was the best basis for designing new. The design of Klint's pieces is always based on a relentless research — every piece must fulfill its purpose, be absolutely clarified in its construction, have proportions which correspond to those of the human body, and display materials and craftsmanship of the highest quality.

In addition to designing his own pieces, Klint founded the furniture design department at the Royal Danish Academy of Fine Arts in 1924, where he then influenced the next generation of Danish furniture designers.

Klint's Safari Chair, designed in 1933, was based on chairs that the world-traveling Klint had witnessed being used by Americans or Britons (accounts vary) on an African safari. Those chairs in turn were inspired by "campaign furniture," the genre of furniture used by traveling armies since at least Roman times.

Campaign furniture was designed to be easily broken down, transported and assembled on-site; thus the pieces in this genre needed to be lightweight, sturdy and easy-to-assemble using a minimum of tools. It was flatpack before Ikea, and the utter practicality and simplicity of the genre presumably captured Klint's imagination.

The chair Klint spotted and was inspired by was undoubtedly the Roorkhee chair, seen below: 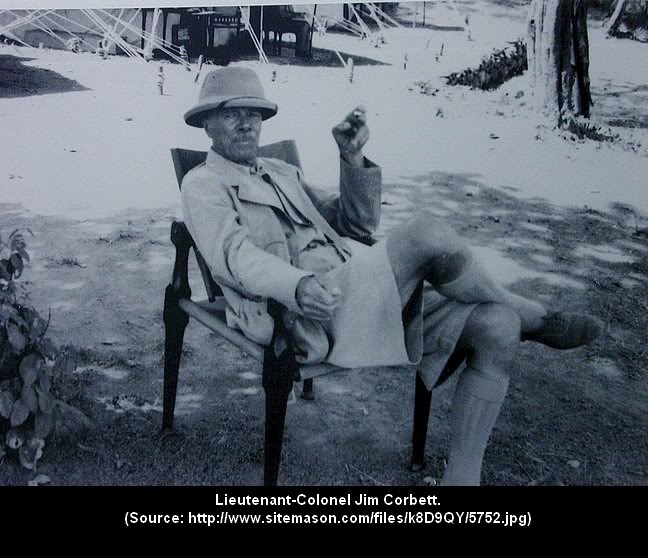 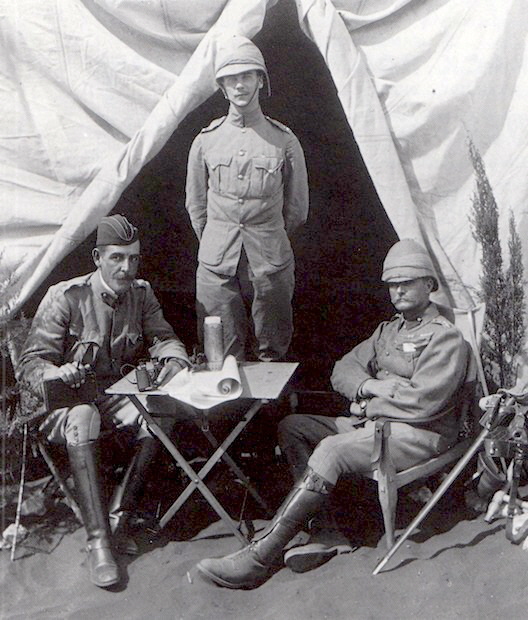 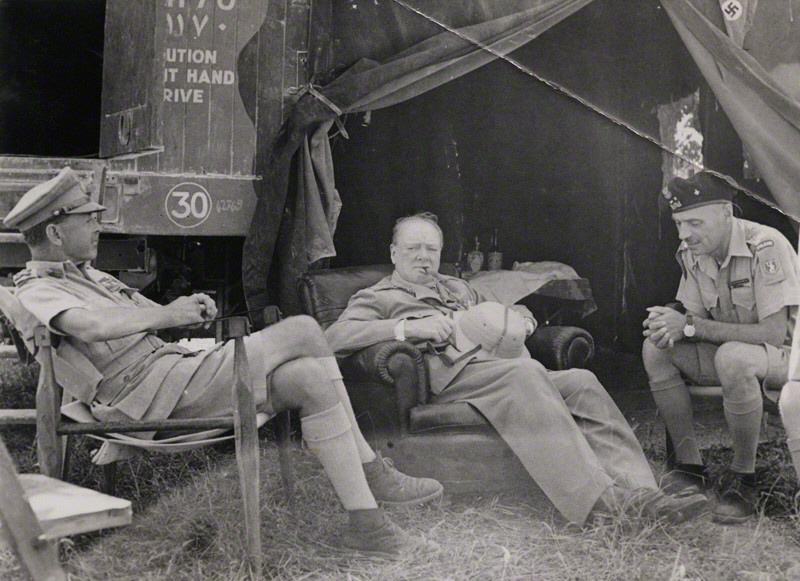 Christopher Schwarz, who has researched and built versions of the Roorkhee chair extensively, writes:

The Roorkhee Chair is a seminal piece of British campaign furniture and was popular with British officers from 1898 to World War I, according to Nicholas Brawer's book on campaign furniture. Named in honor of the headquarters of the Indian Army Corps of Engineers in Roorkhee, India, the chair is lightweight at about 10 lbs., breaks down quickly and is allegedly quite comfortable.

The "seminal" part refers to the chair's influence on other important 20th Century chair designs. Schwarz wrote a second article, here, pointing out the debt owed to the Roorkhee's unknown designer by Marcel Breuer (the Wassily chair), Le Corbusier (the Basculant Chair), Wilhelm Bofinger (the Farmer's Chair) and Vico Magistretti (the Armchair 905). If you are familiar with those chairs but not the Roorkhee, let's take a closer look at it.

Here are photos of a vintage version of the Roorkhee chair in both its flatpacked and assembled state. (These photographs are from the Nicholas Brawer book Schwarz referenced above, which is sadly now out-of-print.) 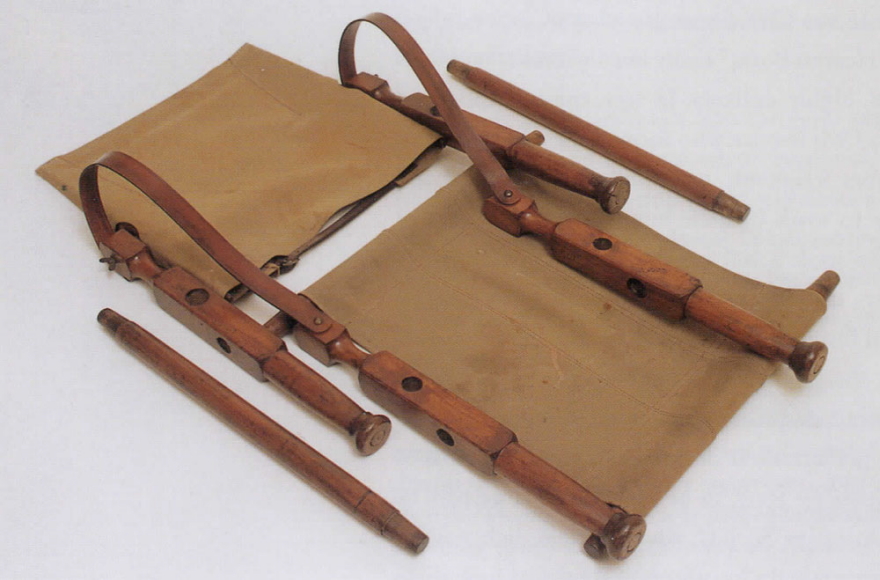 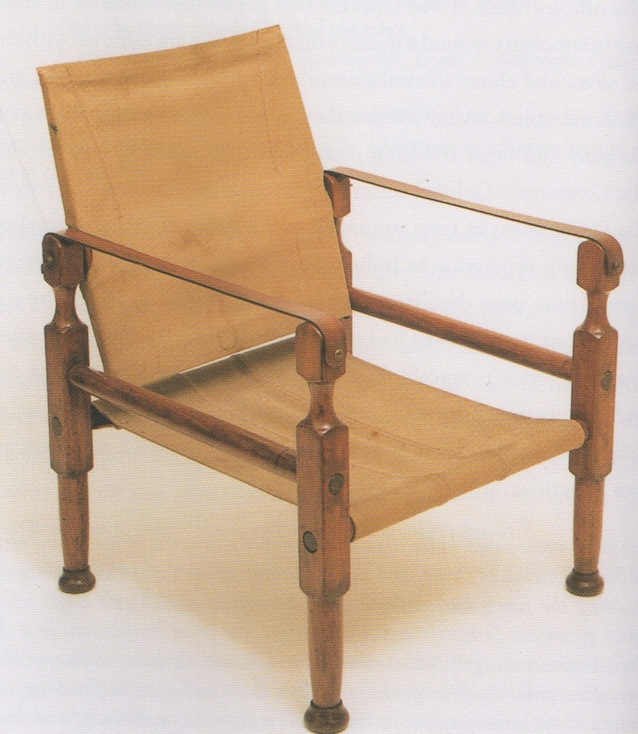 The ingenuity of the design lies not only in its ease-of-assembly, but in how the weight of the sitter plays a role in the structure. With the seat fabric slung between front and rear crossbars, placing weight on it pulls the crossbars towards each other, which in turn bear on the legs; this has the effect of tightening the side rails in their mortises. The very act of sitting in the chair reinforces its structure.

Klint's Safari Chair is functionally identical to the Roorkhee, with one addition (perhaps): Assuming Brawer's photo above is of the original design of a Roorkhee, that chair lacks any lateral stiffening, which Klint has provided via buckled belts at the front and rear. 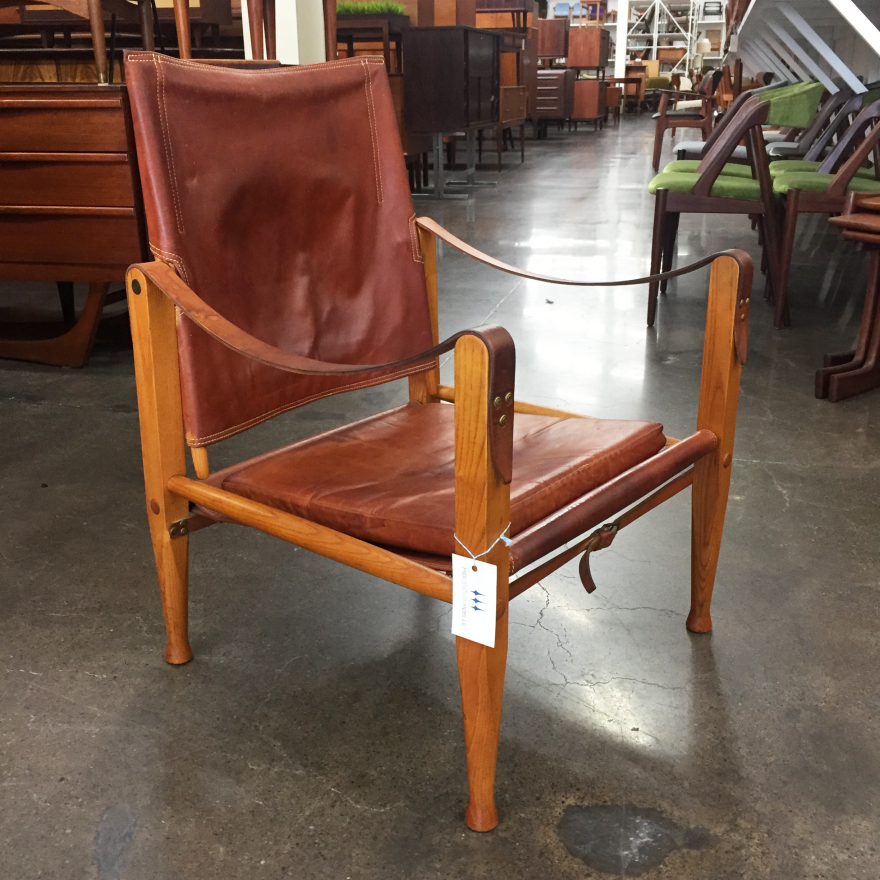 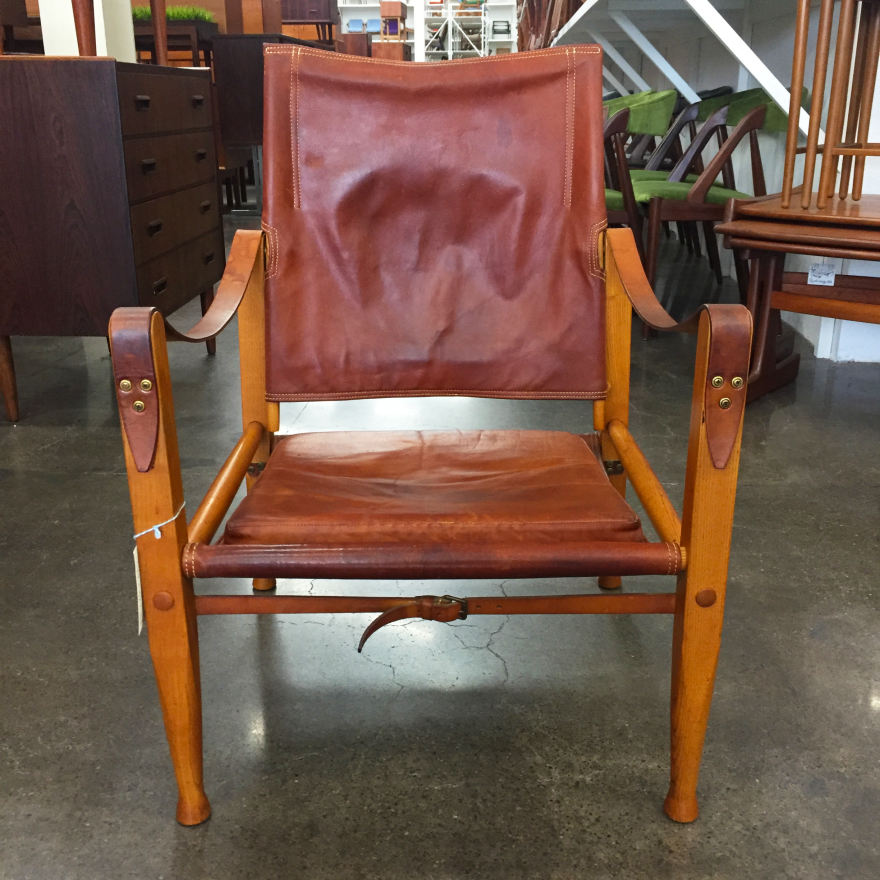 I say "perhaps" Klint added this functionality because other photos I've seen of (presumably) original Roorkhee chairs are too small and dark to make out any such belts, so I can't say for certain they weren't already there. I have seen photos of modern-day Roorkhee variants that do feature the belts, but it is unclear who is borrowing from whom, as Klint designed the Safari in 1933.

Following his Functionalist/Modernist principles, Klint cleaned up the design of the Safari's legs as compared to the Roorkhee, stripping them of unnecessary ornamentation, and tripled the amount of screws securing the armrest straps to the legs. For the sake of ergonomics he's added a seat cushion and angled the seat by raising the height of the front crossbar. 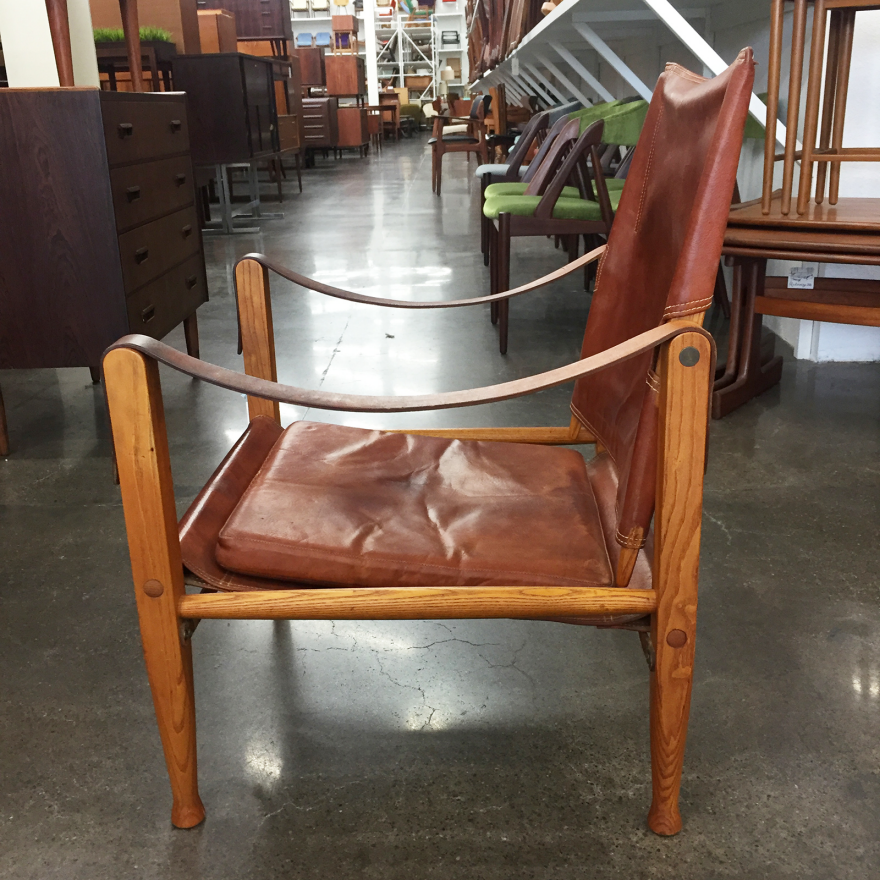 Incredibly, after eight decades this chair is still in production. Here's manufacturer Carl Hansen giving you a closer look at some of the components and construction:

It is easy to tell, even in photographs, new versions of the Safari Chair from vintage versions: The leather armrests will have stretched over the decades on the vintage models, whereas the new ones will be taut. 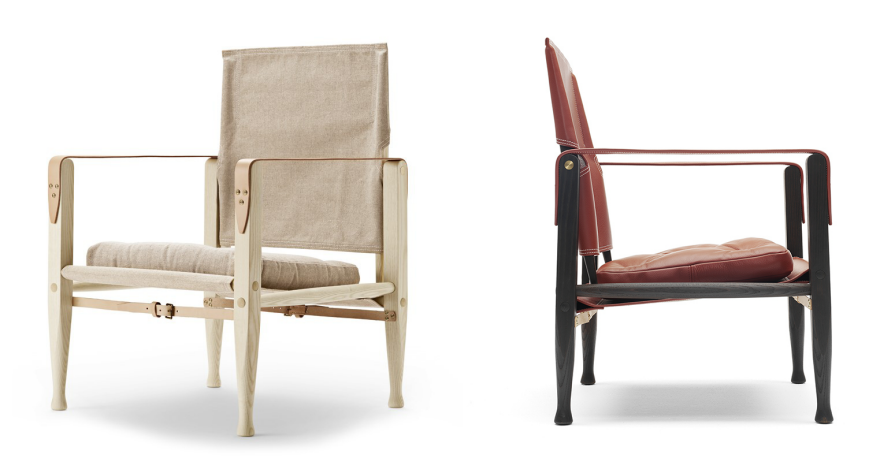 You'll note that the new, beige Safari chair in the photo above appears to have a vertical seatback. That's because the seatback is only attached via two pins at the top of the legs (visible in the red leather chair, above right) and can pivot along the sagittal axis. This not only uses less hardware than a conventionally-mounted seatback, but confers greater comfort to the user.

I am glad that we know Kaare Klint's name and sorry that we do not know the name of the Roorkhee's designer.