What uses up the most water in your house: Your shower, toilet, kitchen faucets or bathroom faucets? The answer is, I don't know. And neither do you. Even if you could guess which used the most, there's no effective way to see accurate figures for each fixture.

That's because accurately collecting and monitoring that information would required designing a complicated system that could convey the information to you in an easy-to-understand way, a difficult undertaking that no one has attempted to tackle. Until now. Industrial design firm Matter Global and engineering consultancy Mindtribe have partnered to create Well, an easy-to-install system of sensors linked to an app on your phone.

To measure water usage at your sinks and toilets, the user installs this intermediary device on each incoming line: 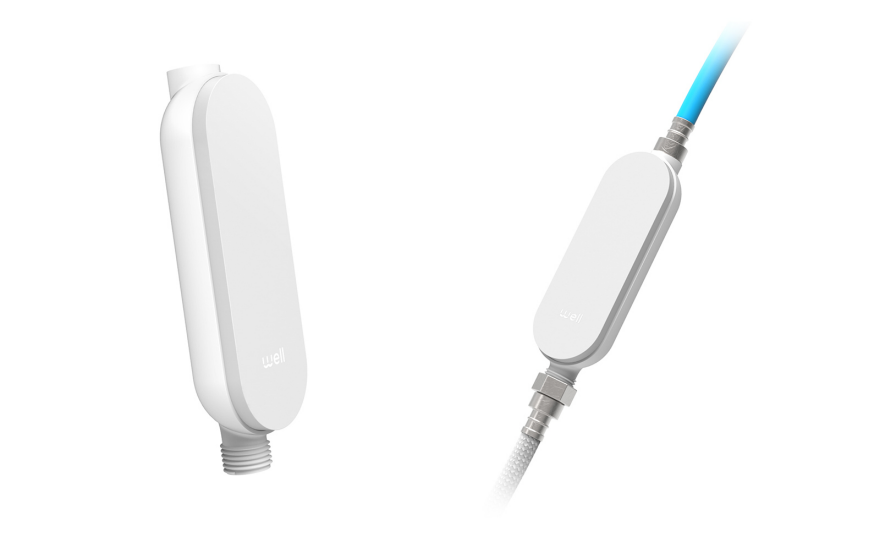 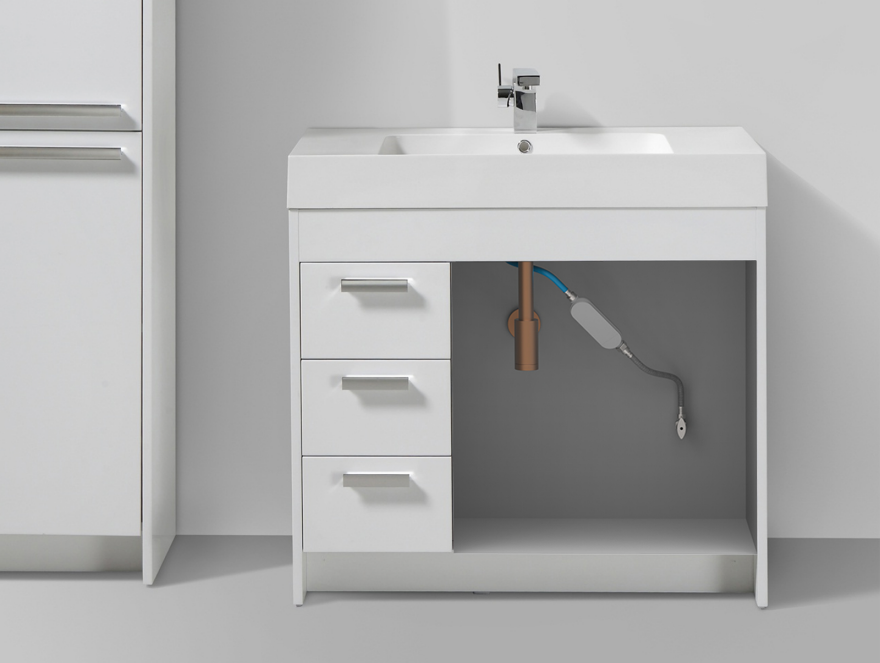 Because the incoming plumbing for the shower is often impossible to access without breaking through tile, they've designed a magnetic-mount showerhead that contains a sensor. 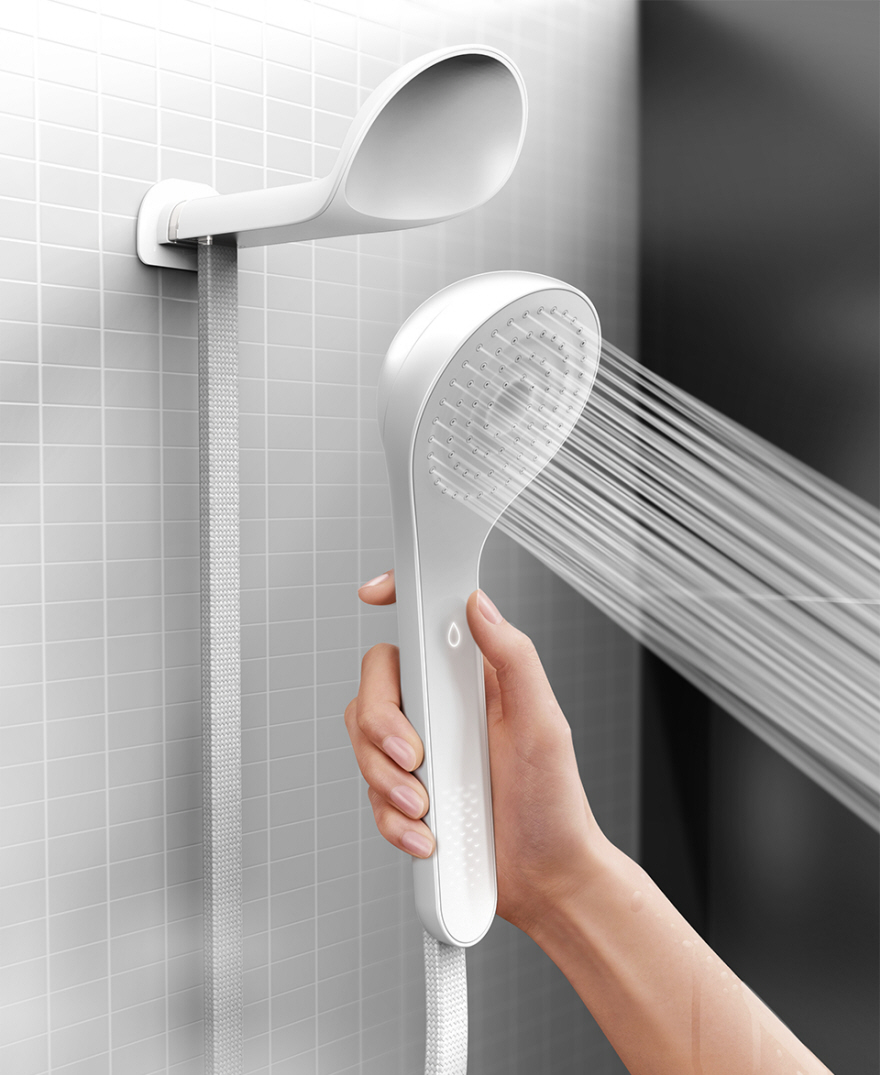 Both types of sensors are powered by turbines within that measure the throughput and send that data "via Wi-Fi to a mobile app that displays daily, weekly, monthly, and annual use from individual units and the collective system." 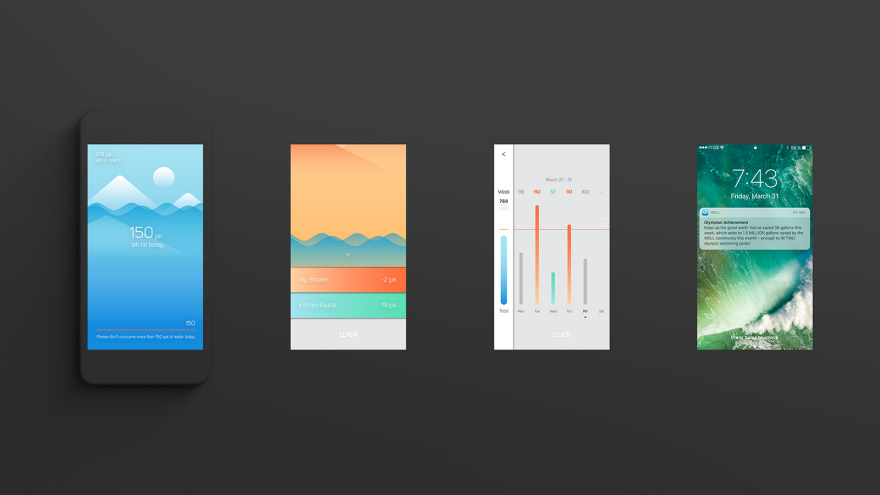 Because the end user can easily see the showerhead, the handle illuminates with LEDs to indicate how much of your household's daily allotment of water has been used. An "Eco-Mode" button on the handle can be pressed to reduce water flow if it seems you're using more than you ought. 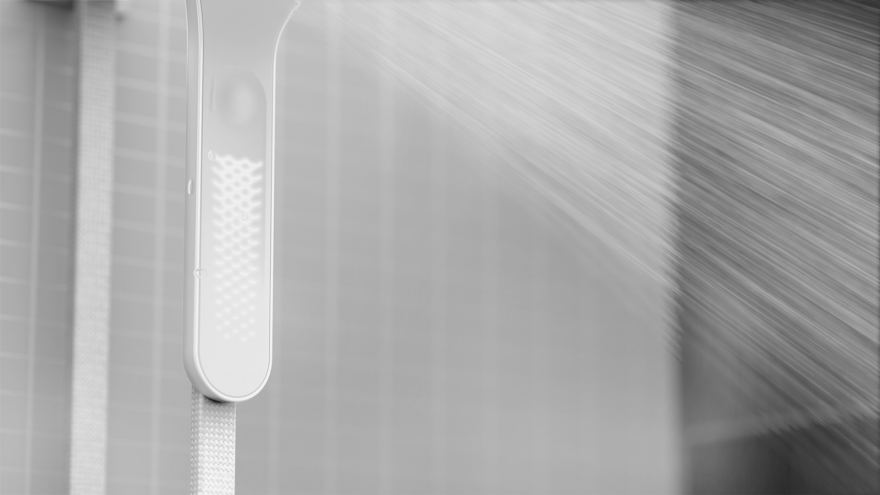 The system isn't perfect; there's nothing to measure water usage for a bathtub fixture, and users would of course need a minimum of two sensors for each sink for both the incoming hot and cold water lines. But Matter and Mindtribe say that "The Well™ app uses machine learning to predict consumption rates throughout the entire home without having to install a sensor on every fixture."

The developers reckon that

The Well system allows the average home to immediately save 12 percent on water and sewer costs, which equals about $130 in annual savings for the average four-person home, or roughly 17,500 gallons.

Now we'll have to see what the pricepoint is, so potential buyers can calculate how long it would take to pay the system off.

It's unclear if or when the Well system will come to market; it's still in the prototype phase.