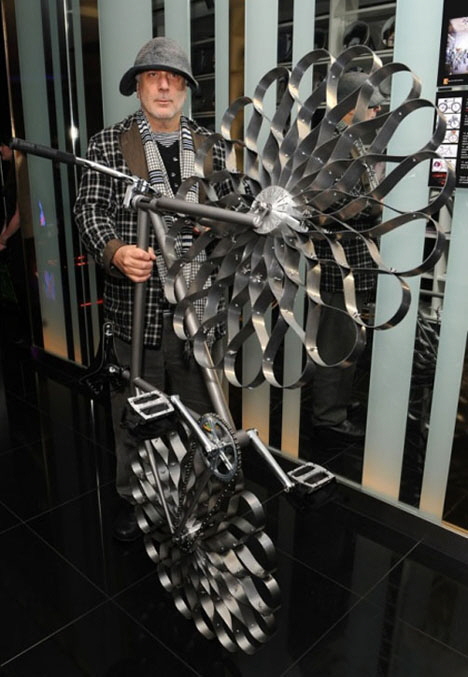 Arad's crazy idea worked, though no bicycle manufacturer pursued the concept. In the years since, however, non-pneumatic tire designs have slowly become a reality for ATVs and John Deere mowers, and now Bridgestone reckons they might work for bicycles too. 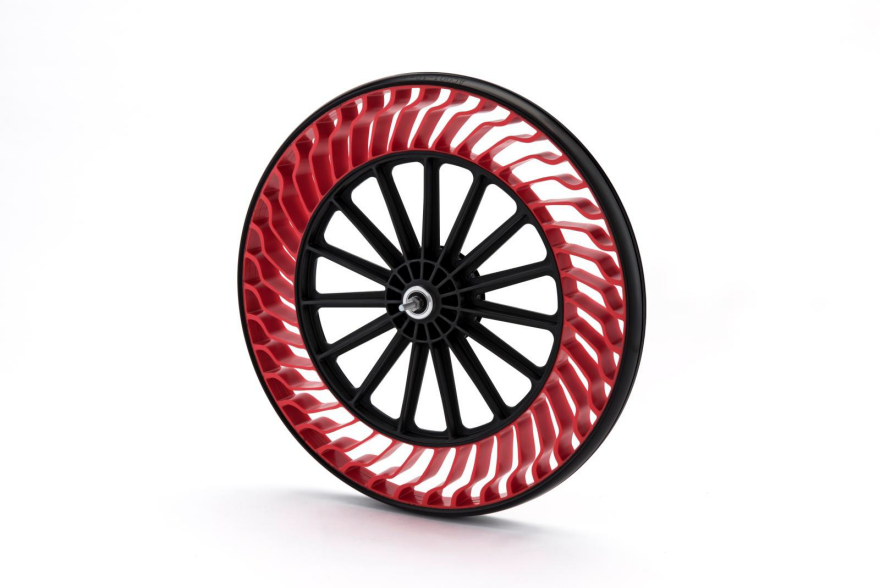 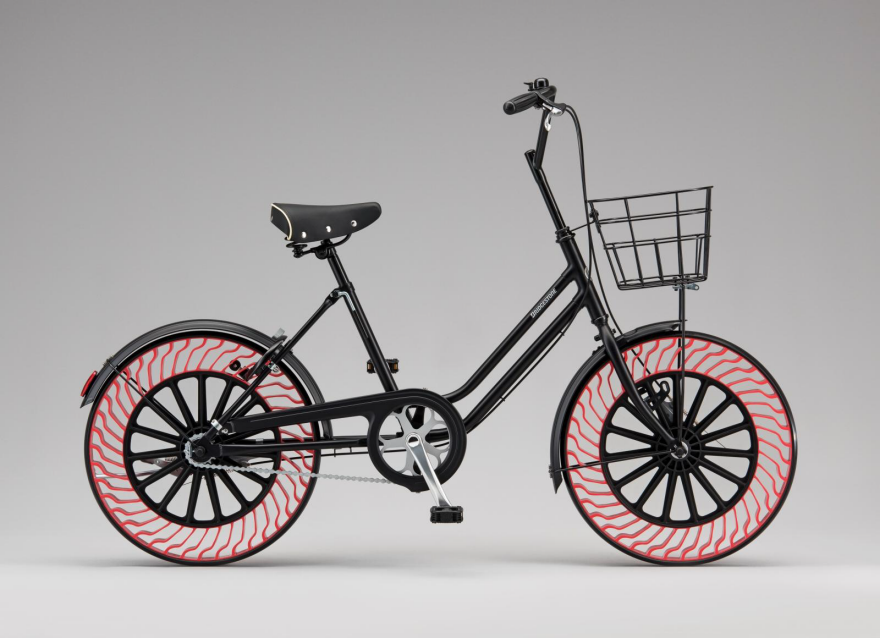 Previously Bridgestone had developed non-pneumatic tire concepts for four-wheeled vehicles, but this month they've announced they're porting their "Air Free Concept" over to two-wheelers.

The "Air Free Concept" is a technology that eliminates the need for tires to be inflated with air to support the weight, using a unique structure of spokes stretching along the inner sides of tires. In addition, the resins that are used in the spokes and rubbers help realize more efficient use of resources.

Bridgestone Corporation and Bridgestone Cycle adapted the "Air Free Concept" to develop bicycle tires without punctures. The high flexibility for design granted by resin has also enabled proposals of next-generation bicycles which have never been seen before.

Regarding that last sentence, we're curious to see what these proposals are, but the company has opted not to include any information on them.

If you were designing a bicycle meant to incorporate these tires, what would you do differently?

Lastly I'll say: Vandalism still being a problem here in New York, if you had one of these in Manhattan I think you'd never not find someone had stuffed garbage in between those spokes. The bright orange is just crying out for someone to mess with it.