The original medieval overhead candle holder is a brilliant piece of "form follows function." We're thrilled to announce we've uncovered original documentation, and even sketches, of a design meeting from the Middle Ages concerning the development of this object. Industrial designers Marcus Chandelier and Phil Ips worked as lighting designers in the court of a European King sometime in the late 14th/early 15th centuries. Here is the transcript and sketches: 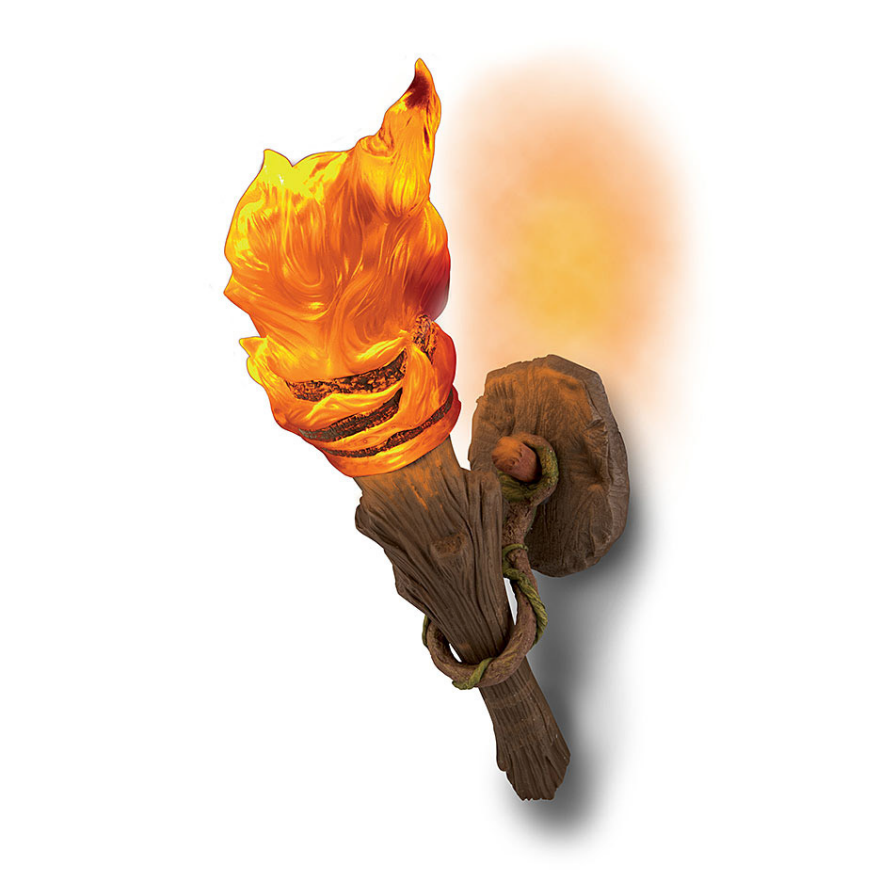 Royal Messenger: Okay, the King says he wants you guys to design a new form of lighting. He wants to be able to light up the Great Hall after sundown.

Phil Ips: We already have lighting in there; remember all of those wall sconces we designed?

Royal Messenger: Those only provide lighting near the walls. His Grace wants lighting in the center of the room.

Royal Messenger: We already did, and "boom," His Grace is still not happy. His Grace wants overhead lighting.

Phil Ips: Overhead lighting in the center of a room? What am I, Merlin?

Marcus Chandelier: Okay, I've got an idea. We get a rope. And we tie a candle to the end of it. Then we hang the rope from the ceiling. Here's my sketch: 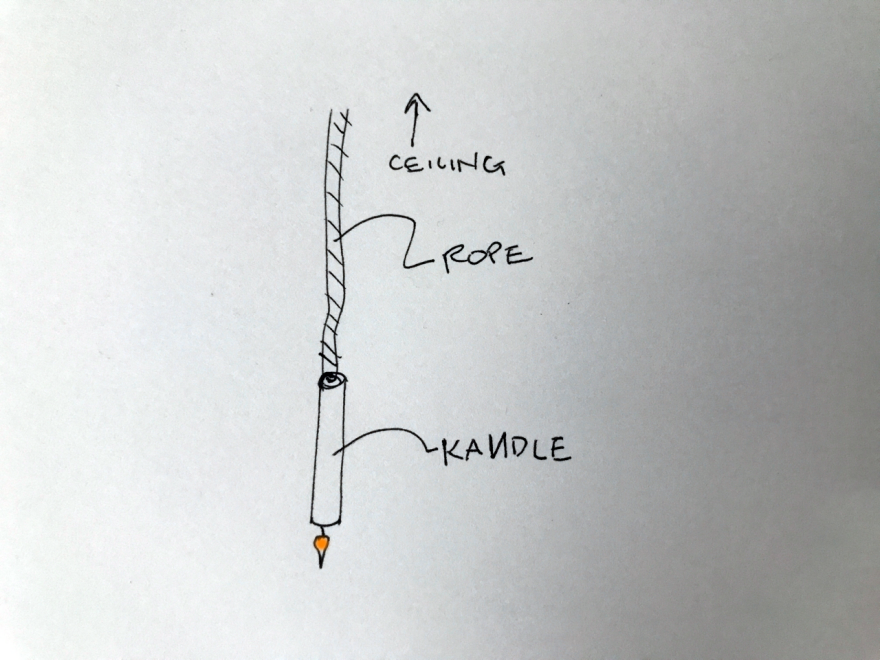 Phil Ips: You are SUCH an idiot. If the candle's upside down, the wax will drip down and extinguish the wick.

Marcus Chandelier: Fine, then…we'll build a little candle holder right side up, then hang that from the rope. Sketch: 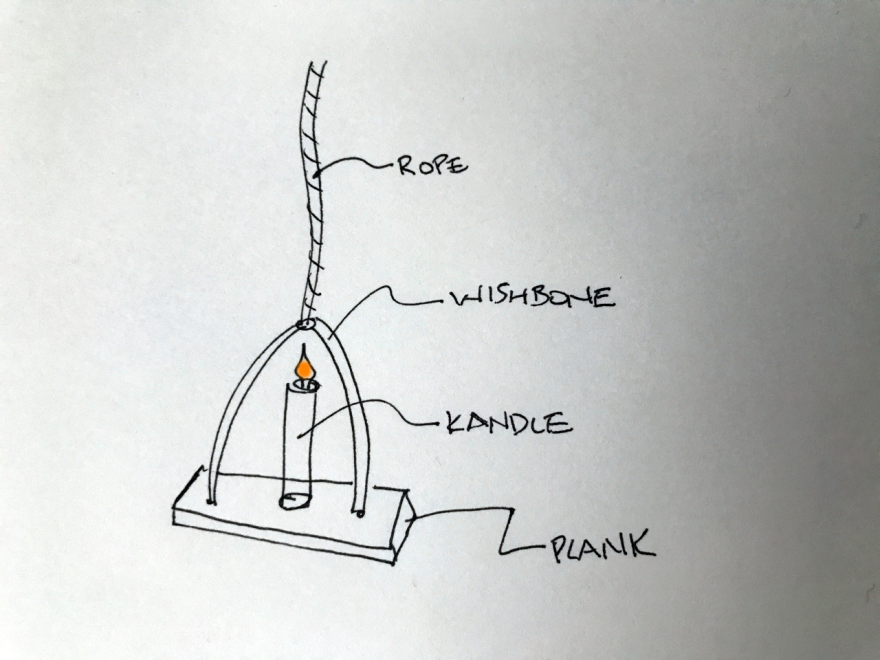 Phil Ips: That still won't work. The flame will burn the rope. Now the Great Hall's on fire.

Marcus Chandelier: Hmm, okay. So we'll cantilever the candle out away from the rope. Like this: 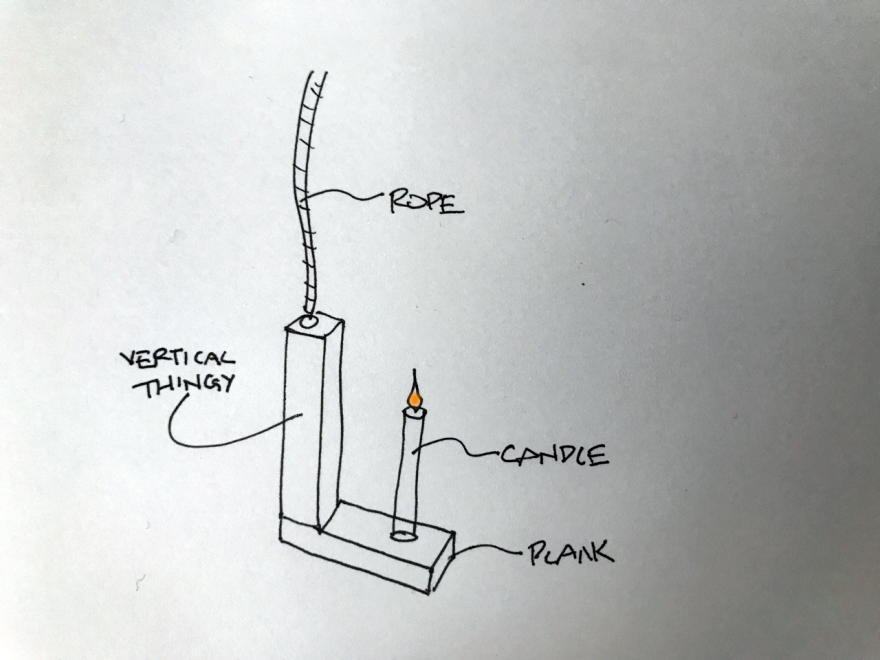 Phil Ips: You are a moron!

Phil Ips: The whole thing is imbalanced! It will tip over and the candle will fall off! Now it lands on the Marquis de Lawsuit and we have a real problem.

Marcus Chandelier: Hmm. Okay, I got it: We extend the plank out to both sides. The candle sits on one end. Then we get a counterweight from the Armory and place it on the other end. 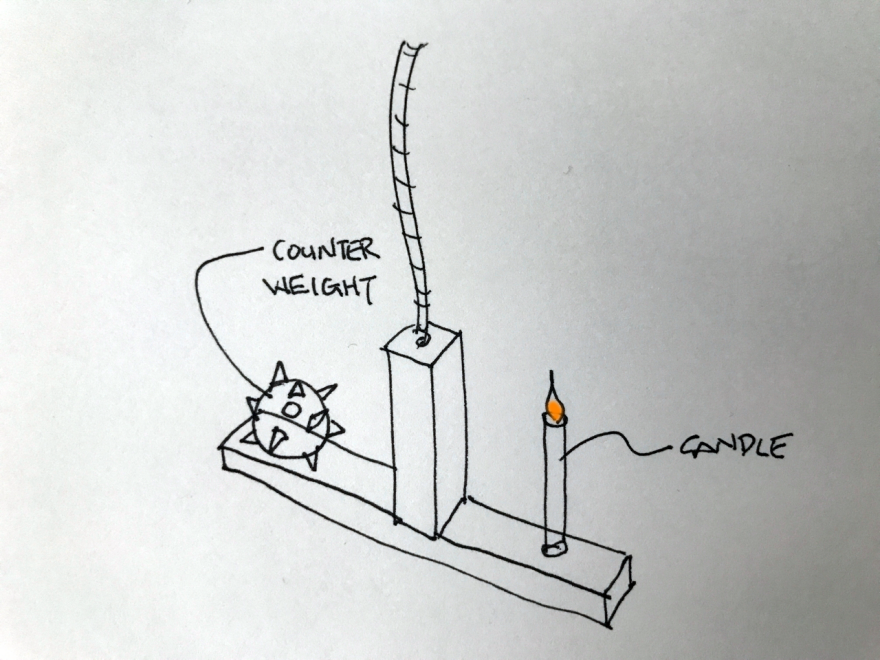 Phil Ips: That won't work either. If the counterweight is the same weight as a fresh candle, once the candle burns down it will become lighter and the thing will start to tip.

Marcus Chandelier: Ooh, I got it! Instead of a counterweight, we'll use a second candle at the other end! That way they'll burn down at the same rate and stay balanced the whole time! 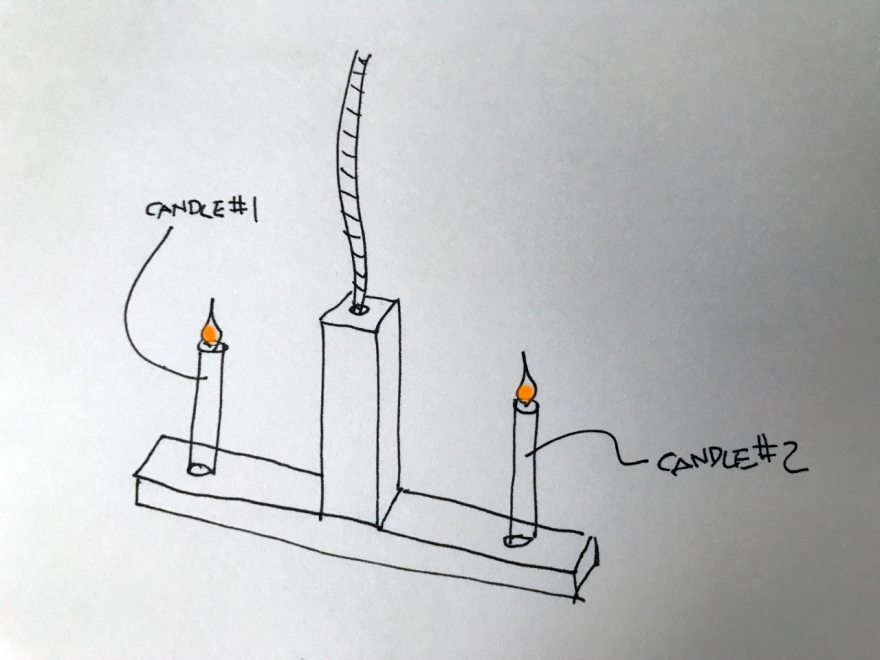 Marcus Chandelier: Ooh, I just got another idea! We do FOUR candles, by making the planks into a CROSS!

Phil Ips: QUADRUPLE the lumens! Plus a Christianity reference! Score! 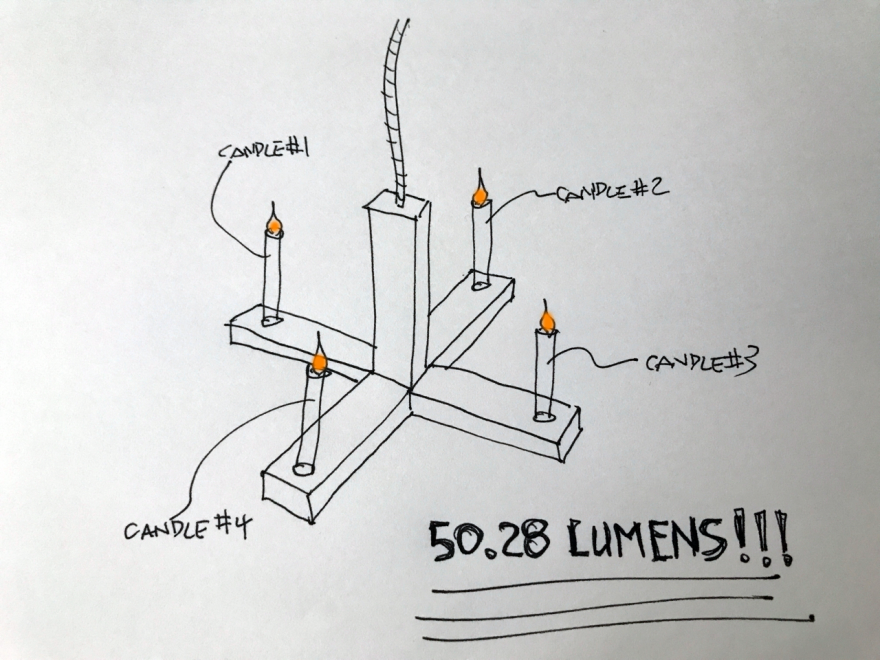 Marcus Chandelier: Now we just have to decide what to call it. 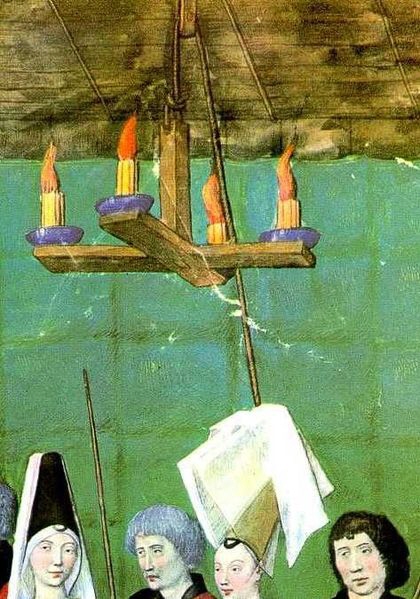 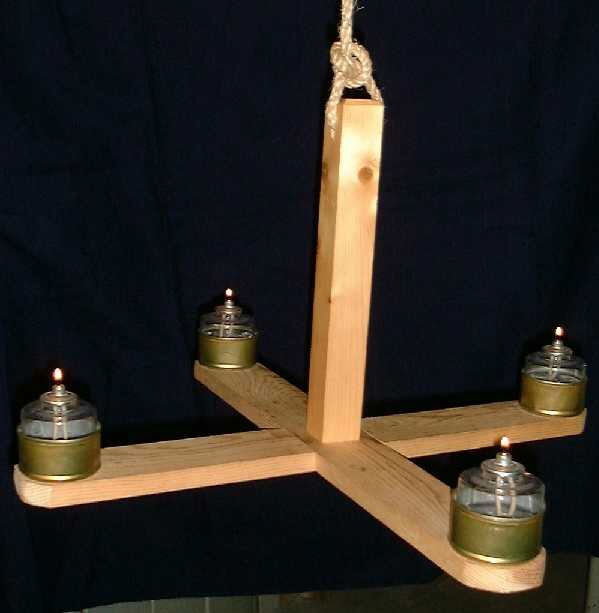