DeWalt's Breakaway Blades can be snapped in two to expose a new tang and a fresh set of teeth.

Recip saw blades are typically thrown out when the teeth near the tang become dull—even when the ones near the tip remain sharp and new. The traditional way around this was to make use of the saw's adjustable shoe, which can shift cutting to a fresh set of teeth an inch or so out from the clamp that holds the tang. 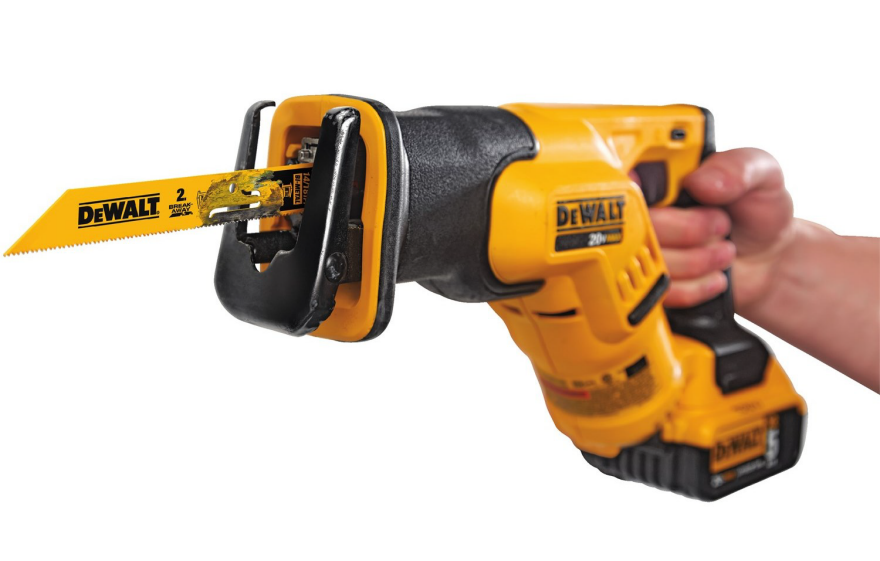 Most of the wear on a blade occurs an inch or so out from the shoe.

But what do you do when your saw does not have an adjustable shoe or the blade is so long the shoe lacks the throw to bring all of the teeth into prime cutting position?

A second tang is punched into the center of the body.

Someone at DeWalt asked that question and came up with the idea for the Breakaway Blade, which is punched through the body in such a way that a worn blade can be broken in two to expose a second tang. 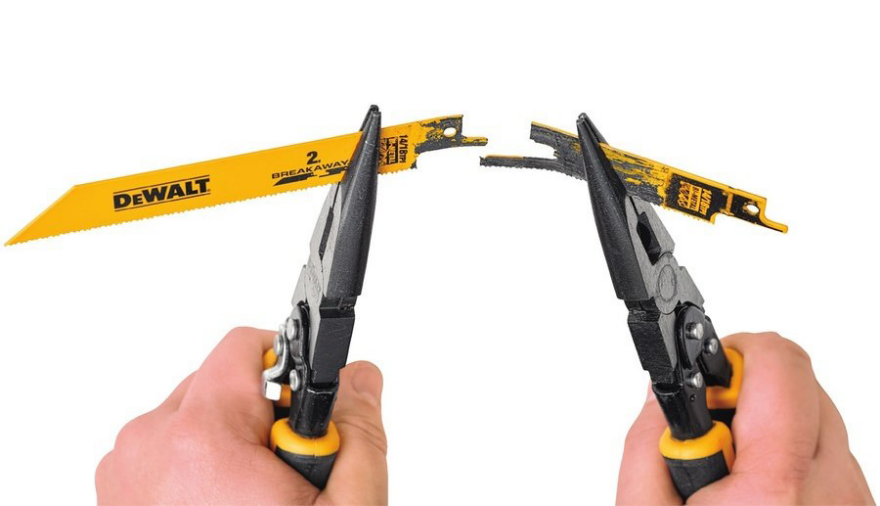 A 9-inch blade being snapped in two. The piece on the left is essentially a new 6-inch blade.

With the second tang in the clamp, a fresh set of teeth can be used for cutting. The design is akin to that of the blade in a snap-blade utility knife.

A 6-inch blade snapped in two.

DeWalt is not the first company to make a recip blade with more than one tang. Lenox makes an abrasive blade with tangs on either end. It works for that blade because with abrasive grit there is no direction of cut. Toothed blades cut on the in-stroke, so it wouldn't work to put a tang on both ends.

Breakaway blades come in 6- and 9-inch lengths and are currently available for cutting metal: steel and copper pipe, conduit, metal studs, and the like. I doubt these will be adapted to wood-cutting applications because the opening through the center will weaken the blade and possibly cause it to kink if it binds. Binding is less of a problem with cutting metal than it is with wood. Also, it's possible to cut wood and drywall without the shoe against the work—making it easier to use more of the teeth. It's harder to do this with metal.

It makes sense DeWalt would be the company to come up with this design. Why? Because most recip saws have adjustable shoes but many of DeWalt's do not. The availability of the Breakaway Blade makes up for the lack of that feature. And the ability to "start new" with a partially worn blade would be of value to those whose saws have adjustable shoes by allowing them to utilize even more teeth than before.