With Metabo's 36-volt grinder and U.S. Saw's Core EZ System it's possible to core concrete in any location.

Sooner or later every building contractor has to run pipe or conduit through existing concrete walls. The best way to do it is by boring holes with a coring bit, which looks like an oversize hole saw minus the teeth and pilot bit. In place of the teeth is a smooth or segmented edge studded with tiny industrial diamonds that cut concrete and rebar by means of abrasion.

Most are designed to cut wet so a steady stream of water must be supplied to prevent overheating and carry waste material away in the form of slurry. It takes a powerful machine to drive coring bits through thick concrete so until now coring rigs have always required electrical power. 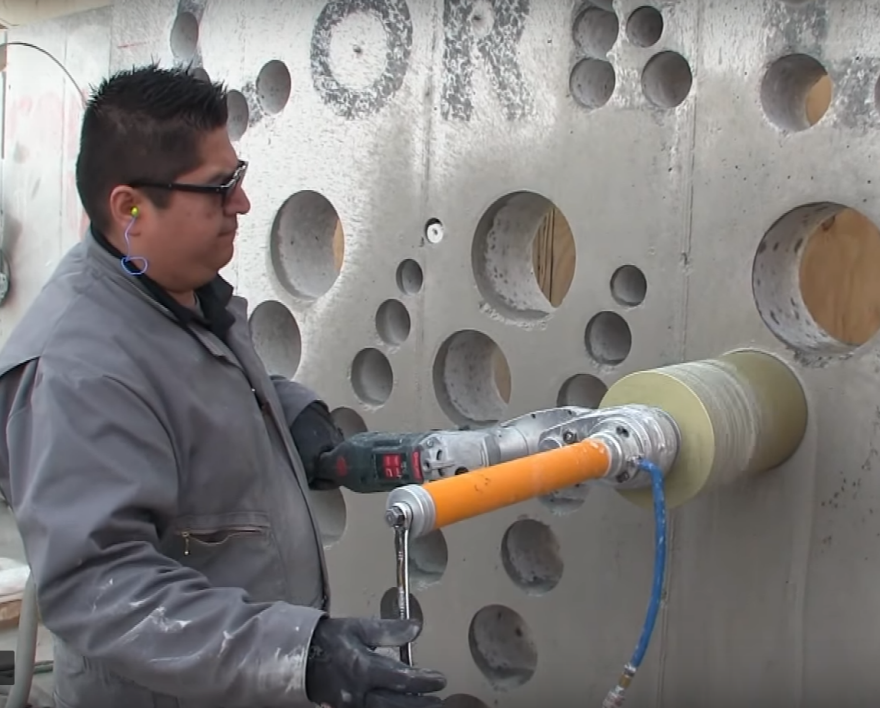 From a demonstration at The World of Concrete: The core bit is advanced into the concrete by turning the nut on the end of the unit.

But recent developments in battery and motor technology have led to the development of larger more powerful cordless machines than were available in the past. Among those machines is Metabo's 9-inch cordless angle grinder which as cordless grinders go is exceptionally large and powerful.

The machine exists in two versions, one powered by a single 36-volt battery and the other powered by two 18-volt packs. Used in conjunction with U.S. Saw's Core EZ System, either is capable of drilling 3- to 10-inch holes in thick concrete—the only limit being the length of the coring bit. 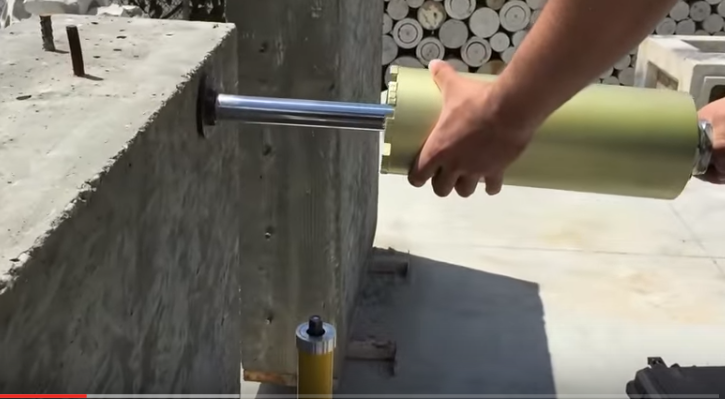 The coring bit slides over a guide shaft that has been temporarily bolted to the concrete. 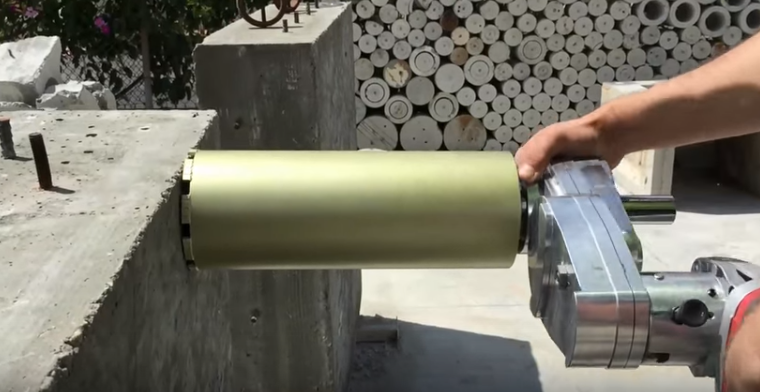 The gear box is attached to both the coring bit and the grinder used to drive it.

The EZ System consists of a gear box, shaft, and drill attachments that can be connected to a variety of coring bits and certain Metabo angle grinders (corded and cordless). 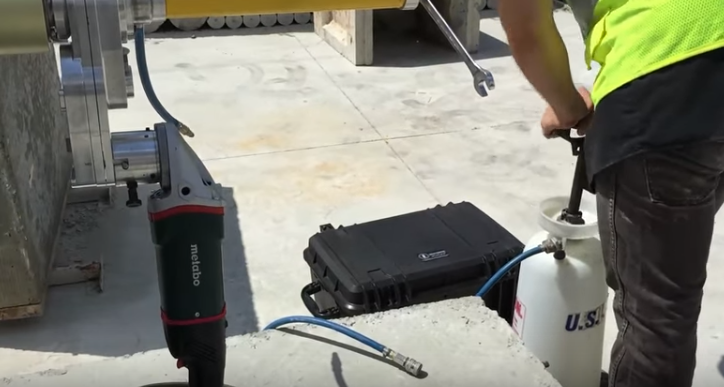 The pump sprayer on the right will feed water to the coring bit via the blue hose, with flow controlled by a small valve at the gear box.

Water is supplied to the cut through a quick connect fitting that can be connected to a hose or a pump sprayer.

For remote applications, where neither water no electricity is easily available, it makes sense to use the device with a cordless grinder and pump sprayer. The number of holes one can drill with the setup is limited only by the number of batteries and amount of water one can bring to the work area. Where water and electricity are available it may still make sense to use this setup because it avoids the hassle and tripping hazard posed by electrical cords and hoses.

A demonstration of the rig at The World of Concrete in early 2017.