A slick student treatment for a smart simple tool

When sifting Coroflot for interesting projects and design thinking to highlight, we usually skew towards work that has at least made it to prototyping. Conceptual ideas are important, but they're like [a rude analogy]: everybody's got them. That said, the AR Cane concept caught my attention by answering a familiar medical problem with slightly fantastical tech elements, in a form we haven't seen much of yet. In short: smart canes aren't a common item yet, but they might be useful for a wide array of users.

The bulk of assistive technology for Dementia patients leans on wearable tracking devices or tools for aiding memory and recognition. While helpful, these often overlook the willful abandonment of small items, since smart jewelry and wearables can be taken off or ignored if their disoriented user finds them unfamiliar. 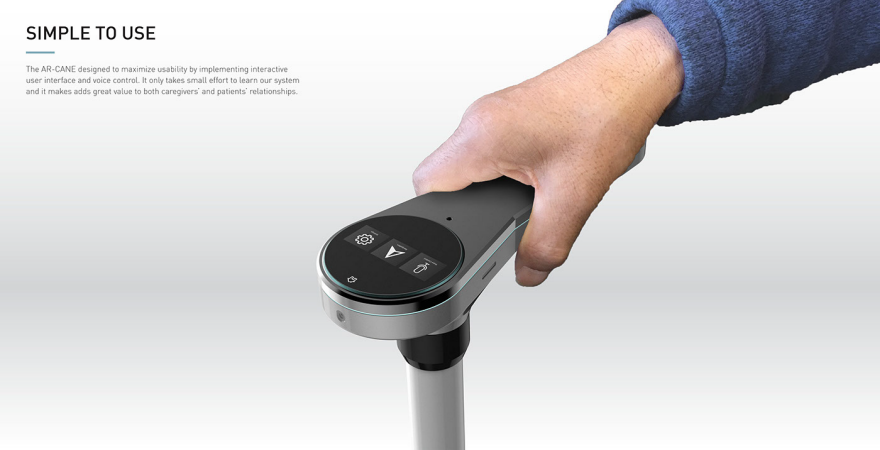 As proposed, the AR Cane proposes to serve in a smart capacity—offering a display with tracking and orientation tools—while maintaining a base level function as a cane. Users who may become lost could benefit from a built-in navigation system, and those who become frustrated, forgetful of, or disinterested in the tech may be more likely to continue using a cane if they're accustomed to relying on it physically. The AR Cane also adds a camera, voice control, and Bluetooth interface for phones. 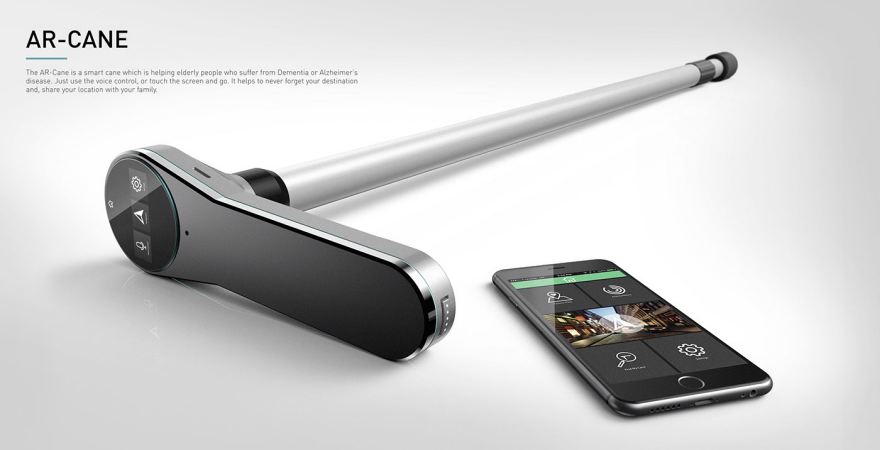 The project was shared at Coroflot by team member TaeHoon Park, a senior Industrial Design student at Shintaru Akatsu School of Design at the University of Bridgeport. The team's attraction to standard consumer tech shines through the starkly modern forms in this iteration, featuring contemporary sharp angles instead of ergonomic curves. Though this element of the concept would likely be ironed out in the first serious round, the flat projecting face is an interesting surface to use for a data display.

Are the proportions conducive to working as a cane? I'd hope so, and if not someone's grandpa can whittle you a proper guide in one afternoon. Would it be as easy to crack as a phone when dropped? I hope not, because falling over is what canes are secretly best at. 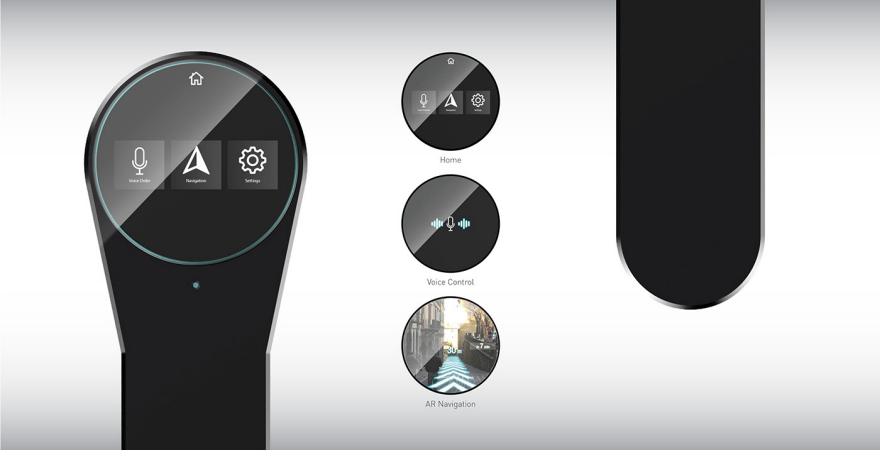 Additionally, the detailed map and displays proposed might not jive with many older users' decreased range of sight. But I'd wager that streamlined visuals, a large screen area, and thoughtful haptics could keep navigation feasible.

Because issues like Dementia and Alzheimer's affect every patient differently, a networked cane could potentially assist a wide range of users—from homebound to the staunchly independent—with the option for customized menus and alert settings. In cases where a user's language centers are affected, they could record a written shopping list of the product words needed. Recorded audio or automatic boundary alerts could help family members who wander a bit too far, and help the family members looking for them. 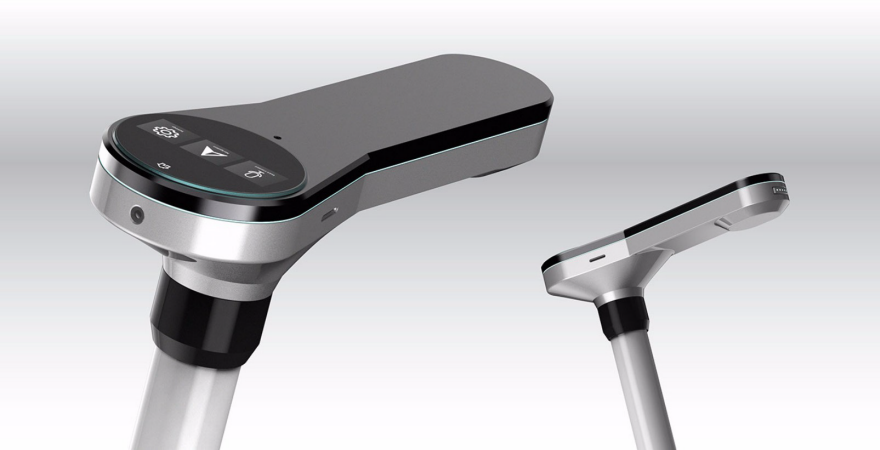 Though not quite common it's not a wild idea. Different takes on "smart" canes have debuted over the last few years, with terrain recognition tools for the sight impaired showing up by 2015, and simpler digitized walking sticks debuting as recently as this year's CES. So the cane does have some leg to stand on.

What do we think? Is a tool-packed iPhonesque interface a good fit for the humble walking stick? Or just another expensive theft risk while relaxing at the cafe? What would it take for this to be a daily use design?